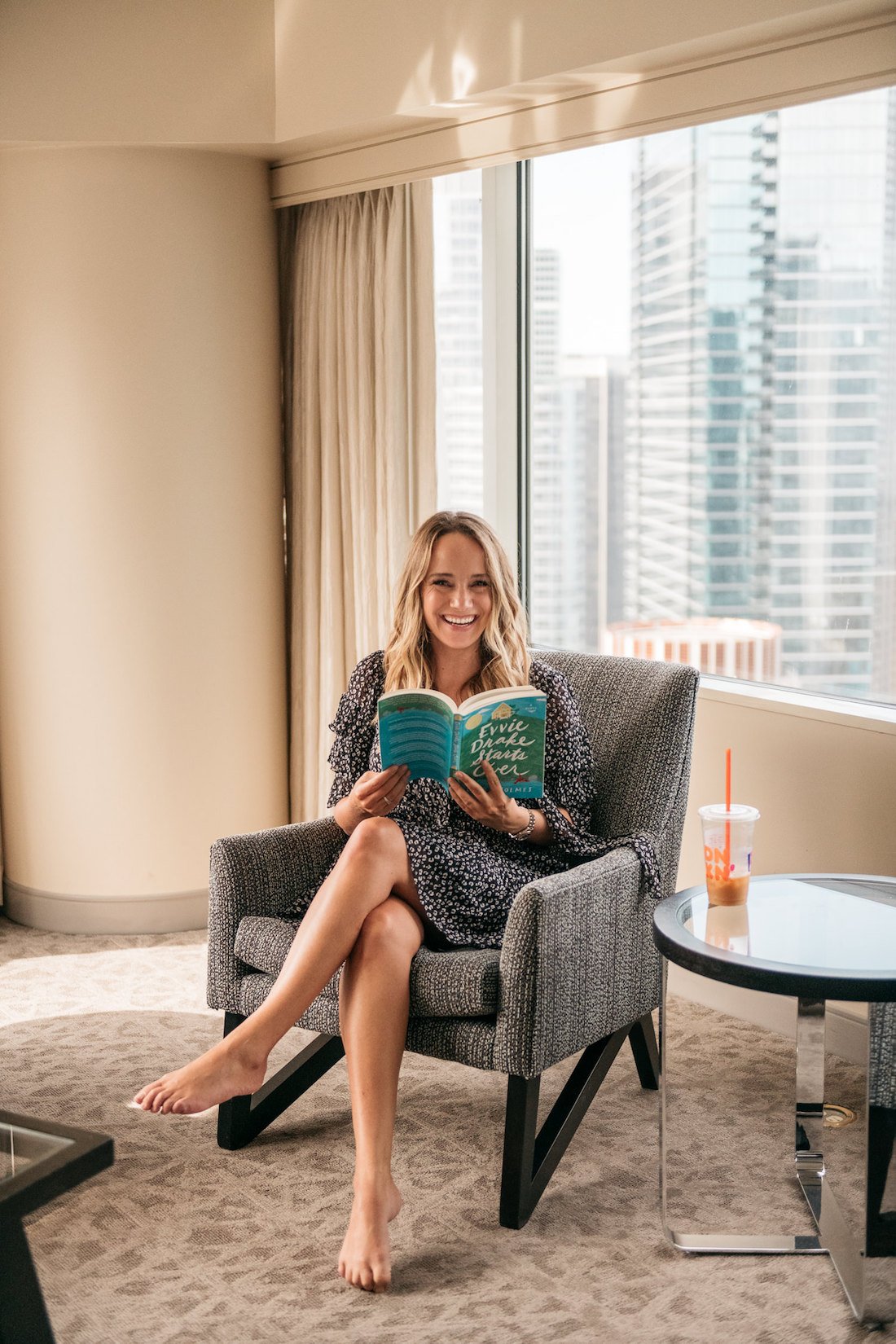 This month was just medium when it came to what I read. First of all, I just didn’t have as much time to read as usual. We were in 5 different cities for our tour and it felt like I was always scrambling just to get my blog posts/regular work and recording done. I actually didn’t think I’d hit my goal of reading 6 books a month but then I read two books this past weekend. Last month was definitely a MUCH better month of reading BUT there were still some really good ones this month.

If you take one thing away from this post it’s that everyone needs to drop what they are doing and pre-order American Royals immediately. It was SUCH a fun book (and it’s also our September book for the podcast!!)

Every month I update it with everything I read – it includes every.single.book I’ve read in the past few years. The best part is that you can filter + search by genre (memoir, light read, historical fiction, thriller, etc!) to find exactly what you’re looking for. I always add whatever it is that I’m currently reading in real time to my Amazon Shop. I also just posted a roundup of my favorite bookstagram accounts so they will be able to give you some fantastic recommendations as well!!!

Everything I Read in June 2019 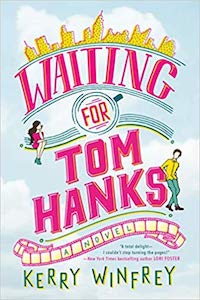 I’m going to be really honest/blunt here and say that for the first 110 pages of reading this book I was highly irritated.  I bought it at Parnassus Books in Nashville and it was a surprising pick for me as romance isn’t even my typical genre, BUT I wanted something light and fun to read and just zone out to. I found the main character to be deeply unlikeable and annoying (SO much whining over what Tom Hanks would/would not do!!) and highly immature/unrelatable. (Maybe that’s because she’s 27 and I’m 37 but still; man, she was annoying and I hope I wasn’t like that when I was younger!!!).

Anyway, I was going to put it down but powered through (mostly because it was the day after our live show and I just wanted to read something light and fluffy and only had “heavier” books with me). So I powered through, and I have to say, once the main character stopped whining so much, it got very cute and the ending was very satisfying. But still, it took a while to get there. 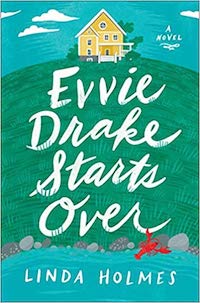 Okay first of all, this was written by one of the hosts of Pop Culture Happy Hour, which is one of my favorite podcasts. It’s the story of widowed Evvie Drake and Dean Tenney (a former NY Yankees pitcher). Dean finds his pitching arm out of sorts and decides to escape to Maine for a bit to regroup and get away from the city. He rents the apartment off of Evvie’s house and a cute friendship develops between the two of them. There’s the whole “will they or won’t they” energy which of course I loved, but there’s also this really nice storyline between Evvie and her best friend Andy and the complexities of male-female friendship but also trusting people and letting them in. It took me about halfway through the book to get invested in the characters, but once I did, I couldn’t put it down. It’s really heartwarming.

What if George Washington Were King And Not President!? 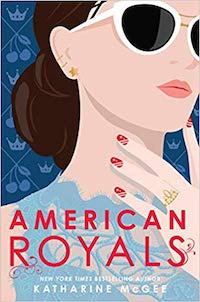 Oh my goodness. This book. First of all, you may remember Katharine McGee from The Thousandth Floor trilogy, which is one of my all time favorite YA trilogies. Well. She’s back at it with a new trilogy which comes out in September so I highly recommend preordering it ASAP! (This is going to be our September book for the podcast too) Imagine if after the Revolutionary War, George Washington became the king and not the president. And then, fast forward to modern day and write a book about the teenagers set to rule the palace. There’s Princess Beatrice (the heir), and her twin brother + sister Jefferson and Samantha.

It’s deliciously good (reminiscent of the cast of The Thousandth Floor in the best way possible. Samantha is the wild child, Jefferson is the dreamy prince that every girl wants. We also get to know the two girls vying for Jefferson’s heart: manipulative Daphne, and down to earth Nina. This book is SO MUCH FUN, I read it in a day and now am deeply depressed that I have to wait for the second book! I’m so sorry to gush about a book and then make you wait for it, but pre-order it now for the best little treat in September!

A Heartwarming (+Epic) Story About Friends. 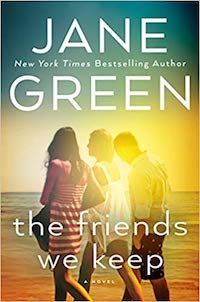 The Friends We Keep, by Jane Green

Jane Green has been one of my favorite authors ever since the good old Jemima J days. Her books feel like a warm hug and she writes about friendships so perfectly – in a way that is realistic but still feel good. This one is no exception. It follows three best friends from college into their fifties. It’s a good look at growing older, facing disappointment, betrayal, and forgiveness. There’s Evvie, the beautiful model who starves herself to be successful. There’s Maggie, who married her college crush who turned out to be an alcoholic. And then there’s Topher, who followed his dreams to America to become a successful actor only to make a massive career-derailing mistake.

I loved this book and the realistic portrayal of friendship; but I also loved the way it showed their friendships evolving over thirty years and how while each character faced horrible, life-altering events, they were always okay. That’s what I took away from this book – even when it doesn’t feel like it, even when we are in crisis, things will always be okay and work out. 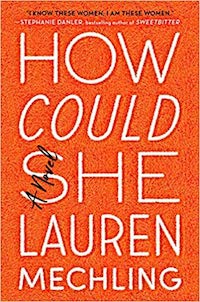 How Could She, by Lauren Mechling

I really loved this book. It was such a real, honest look at female friendship, the “power balances” of friendships, and all of that. It’s the story of Geraldine (living in Toronto and reeling after the end of her engagement) and her two friends Rachel and Sunny, who live in New York. Rachel is drawn to New York after seeing how perfect her friends’ lives look… Rachel is a writer and Sunny is an artist/columnist and decides to move there. But when she gets there nothing is quite as shiny as it appears.

The magazine where Rachel + Sunny work at is on the verge of folding, Sunny’s life is falling apart, and Rachel is struggling to make ends meet. Meanwhile, Geraldine can’t seem to find a job to save her life. This book is so raw and real; by the end of the book I felt like I knew each of the characters (all so flawed but still likable). At times it’s a little painful to read (and you want to shake the characters a little bit) but it’s been a long time since I read something where I felt like I really knew the characters, and could identify so much with a character (I really related to Geraldine, FWIW). 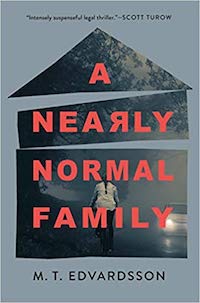 This was my book of the month pick! It’s written by a Swedish author and has been translated into several different languages. The book is the story of a family (Adam- the father, Ulrika- the mother, and Stella- the daughter). 18 year old Stella is suddenly accused of murdering a man 15 years older than her. Confusion within the family immediately ensues as she is taken into custody and isolated from her family.

The book follows troubled Stella’s relationship with the victim and constantly keeps us on our toes as we try to decide who did what and who was right and who was wrong. Was 32 year old Christopher a psychopath? Was Stella prone to violence? Did she do it? This kept me guessing and while it was an unputdownable thriller, it also dealt with bigger stuff: morality… lying for your child… rape… it was dark, and definitely made me think!