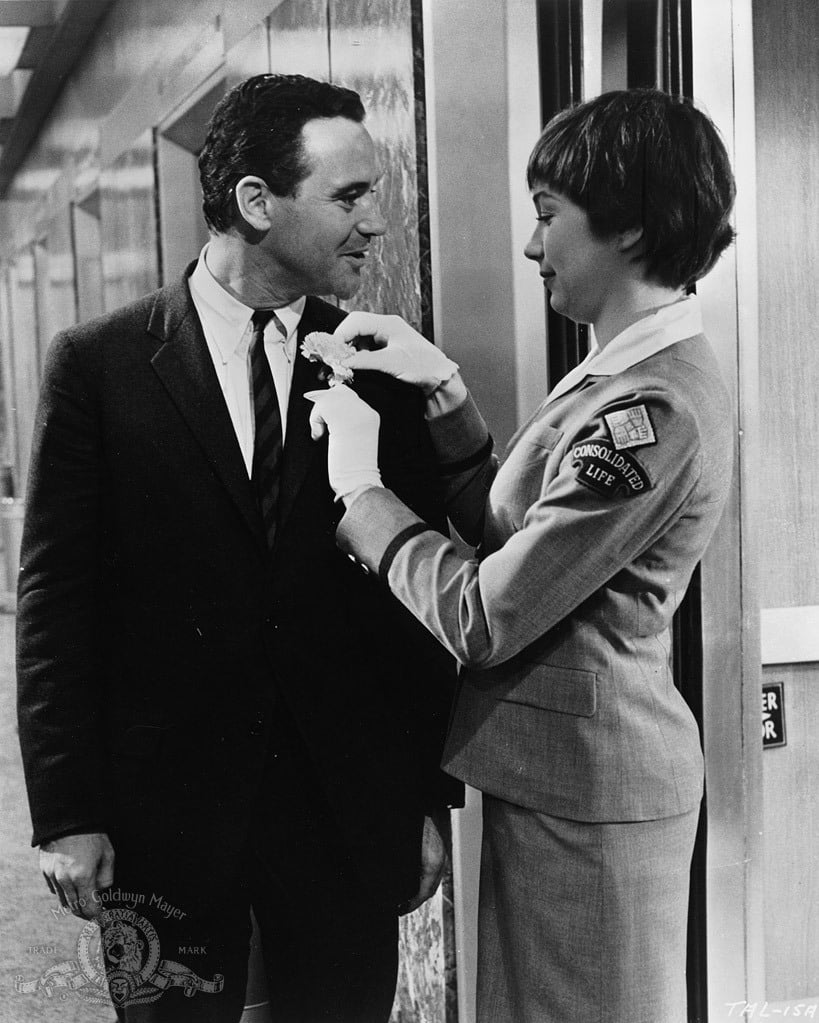 Since my February update, I have gone from having seen 40 to 51 of the films on the AFI 100 list. (If you’re not familiar, it’s fun.. take the quiz! When I started, I’d only seen 23 of the films on the list. My two favs from this update were The Apartment and Double Indemnity, both by Billy Wilder. I’ve gone on separate tangents from the original list, watching so many films by both Billy Wilder and Alfred Hitchcock – I have found that I am a huge fan of pretty much everything either director has made. (You can see everything else I’ve been watching via my running movie highlight on my instagram page!)

I have to be honest, some of these are a slog. I’m getting to the point where I have to watch movies I don’t really want to see. So I try to spread those out… a few every month. For example, I don’t typically love mobster flicks or Westerns so The Searchers and On the Waterfront weren’t my favorite. (I did however, really enjoy Goodfellas, and I thought that the second Godfather was much more enjoyable than the first.)

I think what I love must about this little challenge is that it’s really opened my eyes to how amazing classic films are. It also really shows you that nothing is truly original… everything these days is inspired by something old. You can see previous AFI updates here: February and September!

All the President’s Men

I watched this with a friend who is a history buff, and if you are not a history buff / don’t fully remember the Watergate Scandal, I would recommend that you do the same! Dustin Hoffman and Robert Redford (they are such babies!) play Car Bernstein and Bob Woodward (the two journalists who broke the Watergate scandal and brought down the Nixon presidency). This was dense but so interesting and I felt a little smarter after watching it. I was particularly struck by how different journalism was in the seventies vs. now. The amount of going door to door, using the phone book… the sheer volume of paper! This was streaming on HBO when I watched it.

This one (directed by Billy Wilder, who I am realizing I absolutely adore as I make my way through this list) was very funny. I want to point that out as a lot of the films on the list are really dark… this is a lighter one. Jack Lemmon plays a young, ambitious employee. So ambitious that he lets the higher-ups at his company use his apartment to entertain their extramarital affairs. Things get complicated when he realizes the sweet elevator attendant he has a crush on (played by a young Shirley Maclaine) is the mistress of the guy who just helped him get promoted.

Another Billy Wilder film, and wow, this may be my favorite (thus far?)! I feel like this film was the inspiration for so many of the twisty thrillers I love so much. Fred MacMurray stars as a lovestruck insurance agency, helping an unhappy wife to escape her husband. All they have to be together is do is commit a little insurance fraud with a side of casual murder. Should be fine, right?! This is twisty and fun – a slow burn… pay attention to every single word!

Alright, we are getting to the point in my AFI 100 journey where I have realized that I can’t just watch all the movies I want (and to be honest a lot of films on the list are not super interesting to me… particularly the Westerns and mob flicks!). I did not love this, but it’s an incredible performance by Marlon Brando, who plays an ex-fighter who witnesses a murder. He’s forced to choose between family (his brother is a part of the corrupt union responsible for the murder) and doing what is right (standing with the dead man’s sister and their local priest to testify).

It Happened One Night

One of the original romcoms! Claudette Colbert plays a spoiled heiress who has run away from her tycoon father. After jumping ship (literally, off of her father’s yacht), she flees to New York (via bus – I will tell you that buses in the 1930s looked quite glam?) becoming friendly with a cynical (but charming) reporter, Peter Warne (played by Clark Gable who is an absolute dreamboat as always). Things take a turn when the two find themselves falling for each other (but refusing to admit it). I watched this with a girlfriend and really loved it!

Fun fact – Rolling Stone ranked this film the number one movie of the nineties. I can’t believe (and neither can any of my friends) that I hadn’t ever seen this. My parents were pretty careful about what they let me watch and then by the time I got to college I was already way behind on movies. But I loved this, and cannot believe it was based on a true story. From his earliest days, Henry Hill knows he wants to be a gangster. So he starts out working at the cab stand, which turns into much more. He becomes addicted to a life of glamour, ignoring all of the pain he’s causing. I don’t tend to love mob flicks (you know I still feel guilty for being only medium on The Godfather) but really enjoyed this.

Raging Bull ranks SO high on the list but had no appeal to me (Robert De Niro plays a boxer with violent tendencies, in and out of the ring). I have been trying to watch some of the films on the list that appeal to me less (they can’t all be Billy Wilder and Alfred Hitchcock), and this was top of the list. I didn’t love it. But De Niro gives an incredible performance and it was fun to think about his career longevity… this came out 42 years ago, when De Niro was just 36 years old.

Similar to Raging Bull, this was one of the ones I had been really putting off (but it ranks #12!!!). As a general rule, I just don’t enjoy Westerns, but I actually didn’t mind this one as it had a really interesting plot. John Wayne plays Eastern Edwards. It’s just after the Civil War and he’s returned home to Texas, only to have his brother’s family killed + abducted by members of the Comanche tribe. Along with his nephew Martin (played by Jeffrey Hunter, who looks so much like James Marsden that I was doing double takes the whole film), he embarks on a mission to track down his niece Debbie.

You know I love Jimmy Stewart… (he is in SO many of these!) This is a political comedy about a young and inexperienced (idealistic) senator Jefferson Smith. Smith “goes to Washington,” mentored by his father’s friend, Senator Paine. Turns out though, Paine is corrupt. And when Senator Smith refuses to go along with Paine’s corrupt plans, Paine and other senior senators conspire to discredit Smith. Smith (along with his beautiful secretary Saunders) retaliate.

I had been putting this off because I stupidly thought that IV was the fourth one and that I’d have to watch four movies just to check this off the list. But phew, it is the first! I know, I know… it is really weird that I’ve never seen this. But we just didn’t watch a lot of TV and movies when I was a kid. I enjoyed it! In fact, I might even watch more of them; we will see.

I had also been putting this off but liked it sooooo much better than the first one. In the second one, there are dual timelines. We get to know more about Vito Corleone as a young immigrant to the US (played by Robert De Niro!), while seeing his son Michael Corleone take over. I especially loved the sets (you’re transported from Italy to New York to Lake Tahoe), and I liked that Diane Keaton had a bigger role in this one.