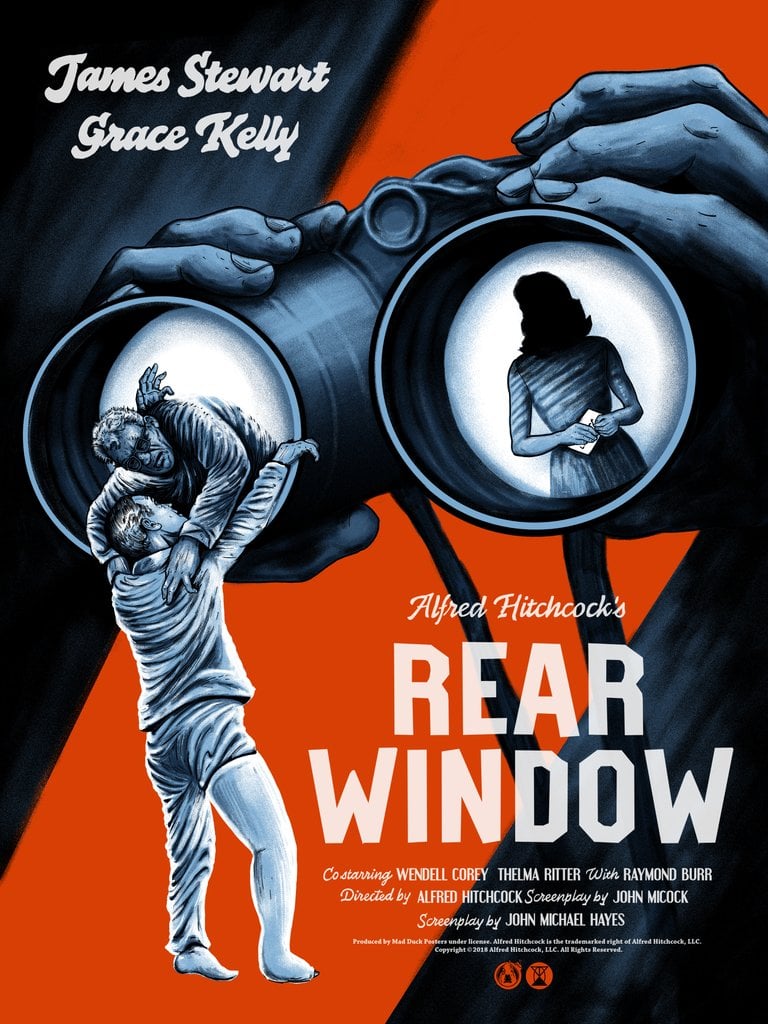 In case you missed it, I’ve been working my way through the AFI 100 list! I first wrote about this goal (and shared more info about what the list is and how it came to be in this blog post, and then in September, I posted an update with ten films I’d watched. My goal is to eventually see every film on the list, and I thought it would be fun to keep you updated along the way. Admittedly I have not seen as many films as I would have liked since my last update (I’ve gone from 33 to 40… watching 8 films, one was a repeat).

There is a good reason for this, though: I’ve been equally focused on seeing all the best picture noms before the Oscars in a couple weeks. (And in the case of this weekend, I wanted lighthearted escapism). I also keep a running movie highlight on my instagram page if you want to see what else I’ve been watching.

What I watched this month:

I was dying to watch this because a) I had heard Grace Kelly’s outfits were bananas (and they were!) b) I love Alfred Hitchcock and c) I’d heard that it had inspired many modern thrillers like The Woman in the Window. And bonus points, Jimmy Stewart, who I have such a crush on. A photographer is laid up at home with a broken leg and his only entertainment is watching his neighbors through the window. But when he thinks he’s witnessed a murder, he turns into an amateur detective. I absolutely LOVED this and would highly recommend it.

Oh my goodness I forgot how magical this was. I watched it as a child but it (my grandmother loved it) and remember really enjoying it, but hadn’t revisited it as an adult. Julie Andrews is just perfection and Christopher Plummer is an absolute dream boat. In fact, I watched this on the flight home from Vienna and wanted to sing along with it. The happiest (plus perfect as it’s set in Austria).  I also forgot how romantic it is. The chemistry between Julie Andrews and Christopher Plummer was epic.

This is a prison movie with nary a female in site and I have to tell you… it may rather shockingly be one of my top ten favorite movies of all time. It’s about a man who is (maybe) wrongfully convicted of murdering his wife and her lover. It is so heartwarming and just… wonderful. The friendships between the inmates, the solidarity… the scene on the roof with the beers… the characters are also really endearing. You root for them and hope for justice.

More Alfred Hitchcock and Jimmy Stewart. I watched this on Halloween as I wanted something a little creepy… this did not disappoint. And it has such a great twist! Jimmy Stewart plays an investigator who is terribly afraid of heights. The beginning of the movie opens with him being unable to save his colleague… and then he gets hired by an old friend to follow his wife as the friend fears his wife has become possessed. I will say no more but this is an absolute must. In fact, I think it would be really fun to watch this and Rear Window together!

To Kill a Mockingbird

This book was one of my favorites when I read it (high school, probably?) and the movie did not disappoint. (How had I not seen the film!?!) I forgot how much it tugs at the heartstrings (and also Gregory Peck is absolutely incredible as Atticus Finch). Just (in case you’ve forgotten, realize nearly everyone has read the book!) remember: this is a tearjerker!!!

I feel like every guy I know raves and raves about this movie but it never really appealed to me. I think it’s because I put it on once, a long time ago, and immediately fell asleep. It’s 2.5 hours long and the first 20 minutes (while beautiful) are incredibly relaxing. On a cold night, my boyfriend suggested we watch it – luring me with all the design references. I’m so glad I watched it. There is so much to talk about.

From the perils of AI (and trusting a computer with your life) and how far to take it (if you could build emotions into a computer to make it easier to interact with, should you?) to the ending (which was totally wild and felt like I was on drugs). And yes – the design references are amazing. So I will always now think of the monolith when I look at my iPhone!

In The Heat of the Night

I absolutely loved this. Besides being extremely socially relevant right now, it is one of the most beautifully shot films maybe ever. Sidney Poitier (Mister Tibbs) is in Mississippi, minding his business waiting for the train when he is pulled in for questioning for a murder by the local racist cop. The first twist? He’s a homicide detective. Tibbs winds up stuck with the cop (played by Rod Steiger) to solve the murder. It starts out incredibly tense but eventually the cop realizes how brilliant Tibbs is. The twists and turns are fun (with an exciting ending). It’s an accurate portrayal of the deep south in the sixties, the cinematography is also absolutely mesmerizing (the light! the shadows!), and the film was very very much ahead of its time.

I cannot believe I had never seen this as I absolutely LOVED it. An aging silent film starlet (Norma Desmond) refuses to believe that her career has ended. Through a chance (or maybe not so chance) encounter, she meets a younger screenwriter, Joe…. enlisting her to help her make her comeback. Their relationship eventually turns into more (though he’s ambivalent and she wants more). It has a devastating ending. This is beautifully shot, incredibly creepy at times and just SO GOOD!