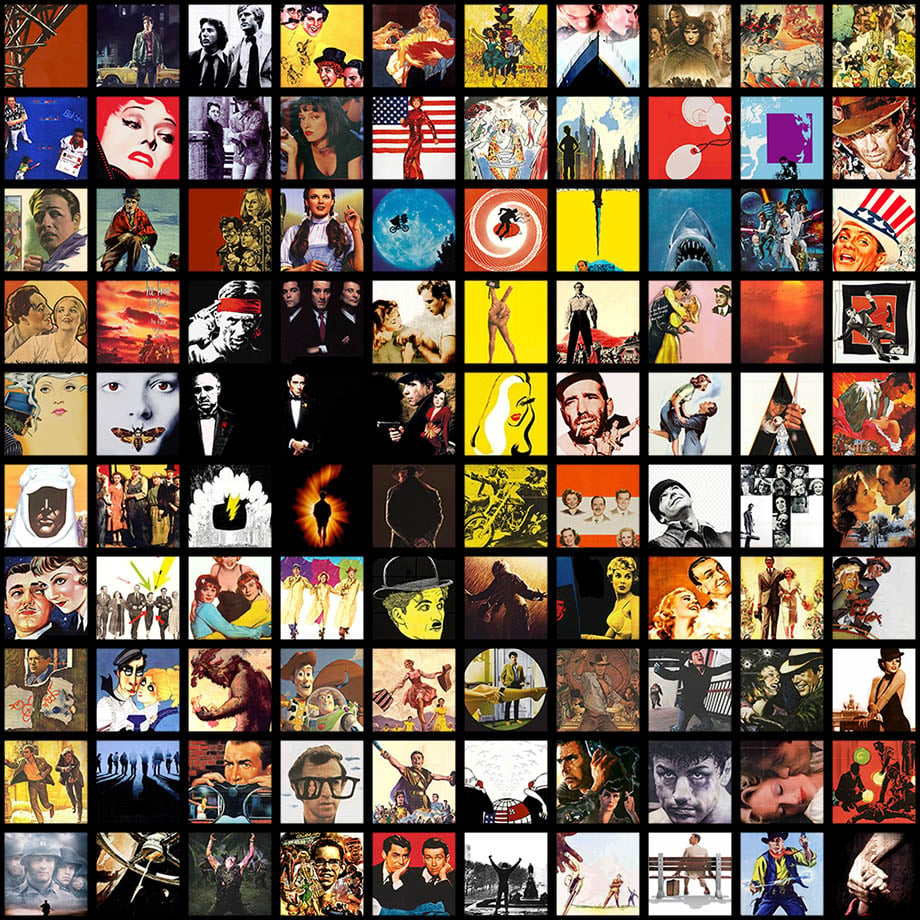 One of my more fun goals is to watch every movie on the AFI 100 List. Are you familiar with it? I actually wasn’t, until one night a month or two ago. My boyfriend and I were deciding what to watch and he pulled up the list. As someone who watches a lot of movies, I suddenly felt… very, very behind slash uninformed. I have seen a lot of movies but not very many older movies, which is something I want to change.

The list has a wide range. The number one film on the list is Citizen Kane but it ranges from The Godfather to E.T. to Psycho. Toy Story even made the cut (and as much as I loved it, I’m not entirely sure why –  the computer animation, perhaps?). I am having a lot of fun working my way through the list… last night I watched Singin’ in the Rain and really loved it!

Since this is a “just for fun” goal, I’m not setting a timeline to accomplish it. But I feel like there are so many nights where I’m scrolling through Netflix and end up choosing a movie that’s just medium. Working my way list is a much better choice!

A little bit of very basic background (in case you, like me, didn’t know!). The AFI stands for The American Film Institute and the list is meant to celebrate excellence in film. The most important, impactful films of the last 100 years. The list was voted on by 1,500 people (including actors, directors, producers, writers, editors, cinematographers, studio executives, film historians and critics). The first list was unveiled in 1997. You can see the ballot which has the 400 films that were initially voted on. The new “anniversary list” was unveiled in 2007.

These were the criteria for the films that were selected for voting (I pulled this information directly from the ballot):

Motion picture with significant creative and/or production elements from the United States.

Including success at the box office, television and cable airings, and

A film’s mark on the history of the moving image through visionary narrative devices, technical innovation, or other groundbreaking achievements.

A film’s mark on American society in matters of style and substance.

You can take the poll here, it’s fun! I have only watched 23 out of the 100, but am hoping to work my way through the entire list. Love a goal that includes watching more movies!!!!