About a month ago I finally splurged on this Anya Hindmarch makeup bag. I’d been considering it for some time – several friends have it and swear by it, mainly for its streamlined shape and organizational system, the fact that it easily wipes clean, and that it holds a LOT without taking up much space. My makeup situation has been a disaster for a while now. I alternated between different freebie cosmetic bags and everything just felt like it was everywhere. Despite being pretty minimal with my makeup routine, I had so many products.

Having a lot of products sounds like fun but it’s more annoying than anything – I could never find what I was looking for! So I bought this bag and subsequently did a major makeup purge. If it didn’t fit in the bag, it got tossed (I have a few other products – mostly mascaras and liners – that are on my vanity but this is mostly everything!) I keep this bag on my vanity at home but also travel with it. It has all of my makeup essentials and it basically never leaves my side.

I really like sticking to just the essentials. Since paring things down (a bit, at least) it’s always easy to find what I want (and my bathroom is a whole lot less cluttered!!)

What’s in My Makeup Bag

The first compartment is dedicated strictly to brushes. There are only six slots so that’s what made the cut. A big fluffy brush for dry powders, this foundation/highlighter brush (I have to say it’s probably my favorite brush I own, it’s magical for blending in highlighter), three eyeshadow brushes (TBH I probably don’t need them all but whatever) and a spooly brush which is actually one of my favorite items – great for taming brows and brushing your eyelashes if they get tangled or a clump of mascara.

I have said it before but I’ve never been a big palette girl. (While I love the brand, I think I’m the only person who isn’t obsessed with the Urban Decay naked palette?) And I love eyeshadow but don’t use it enough to take up a lot of real estate space in my bag. I featured this Wander Eye Palette in this post and stand by it – it’s the best, and it is little so it doesn’t take up much space. It contains blush, highlighter, and the prettiest bronzy eyeshadows I’ve seen. LOVE.

I only keep one mascara in my bag at a time, and this time it’s NARS Climax mascara (which I will be reviewing in a week or two, what a name!!!). I really love this mascara when I want drama. Don’t worry, I did NOT toss the Glossier Lash Slick which I still love so much for no-makeup makeup, but lately I’ve been into a more dramatic lash so I haven’t been using it as much.

My favorite bronzer ever is Benefit Hoola. There’s nothing better! I’ve tried so many other bronzers and always come back to this one. I’ve been using it since before I moved to New York which is over twelve years ago… crazy.

I maybe have too many highlighters in here but oh well, you can’t ever be too glowy, can you?? I have Wander’s Glowtion (with a little nub of a cream highlighter on the end), and I also really love this one from Charlotte Tilbury. Oh and Sisley’s Instant Glow Primer which is great for under makeup/tinted moisturizer. Lastly I have this cream highlighter from Becca, which is probably my favorite of the bunch. I dot just a little on at my temples for major GLOW.

I LOVE an eyeshadow stick. They’re easy to apply, stay on all day/night, they’re just the best! Sometimes I will use them on their own, other times under a powder eyeshadow to add more dimension. My favorites are usually from Bobbi Brown and Laura Mercier but I also just tried this Jouer stick in rose gold and LOVE it.

I don’t always wear makeup on my face but I do my eyebrows nearly every day. I fill them in with an Anastasia Beverly Hills pencil and then tame them with Sisley’s brow mascara.

I love this tool so much. It’s the greatest. I use it to blend my tinted moisturizer and/or highlighter.

I have two concealers. I need to decide which one I like better and get rid of one but I can’t seem to quit either one. The first is Laura Mercier’s Secret Concealer which is great for when you want more full coverage or have something big to coverup. The other is RMS Un Cover-up which is great for little spots and imperfection.

I have loved Laura Mercier’s tinted moisturizer for a very long time. It makes you look so pretty. I had been on the hunt forever for a clean/natural alternative. Foundation/tinted moisturizer was high on my list of products to replace with something clean as you use so much of it when you apply it (vs. just applying a dab of concealer or a swipe of mascara). This one from W3ll people is just everything – I swear by it and it also has SPF. It’s easy to apply (I use my BeautyBlender) and makes your skin look really beautiful (but not as though you’re wearing a lot of makeup). I’m now on my third tube. 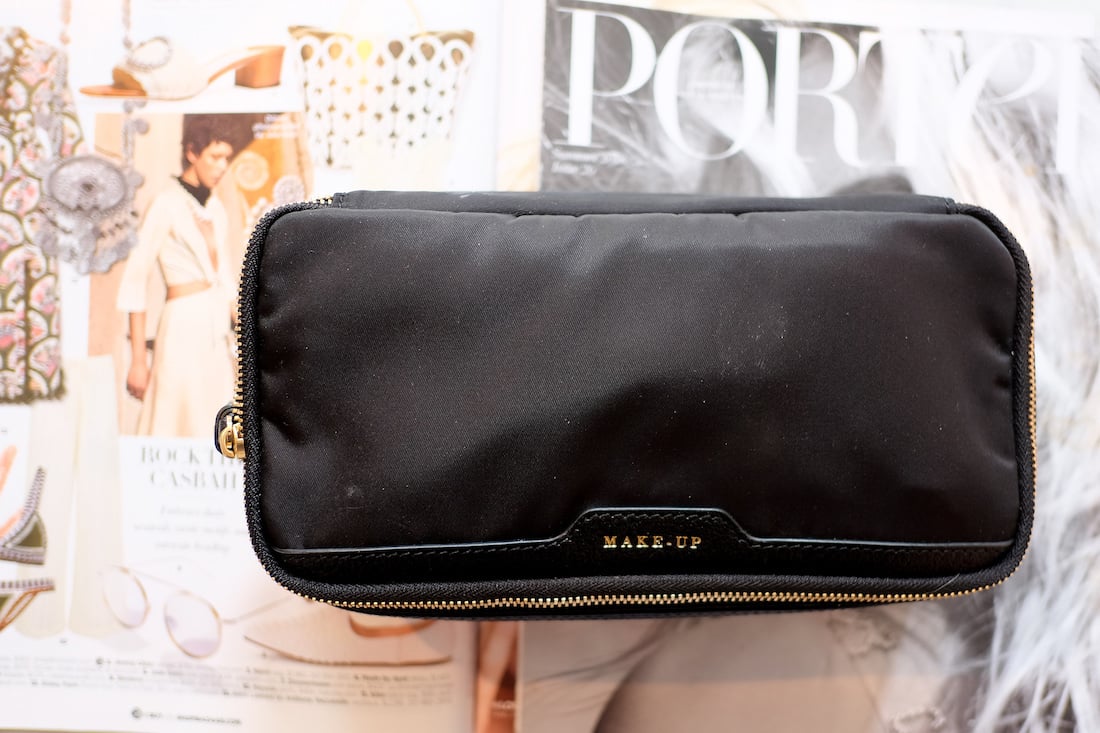 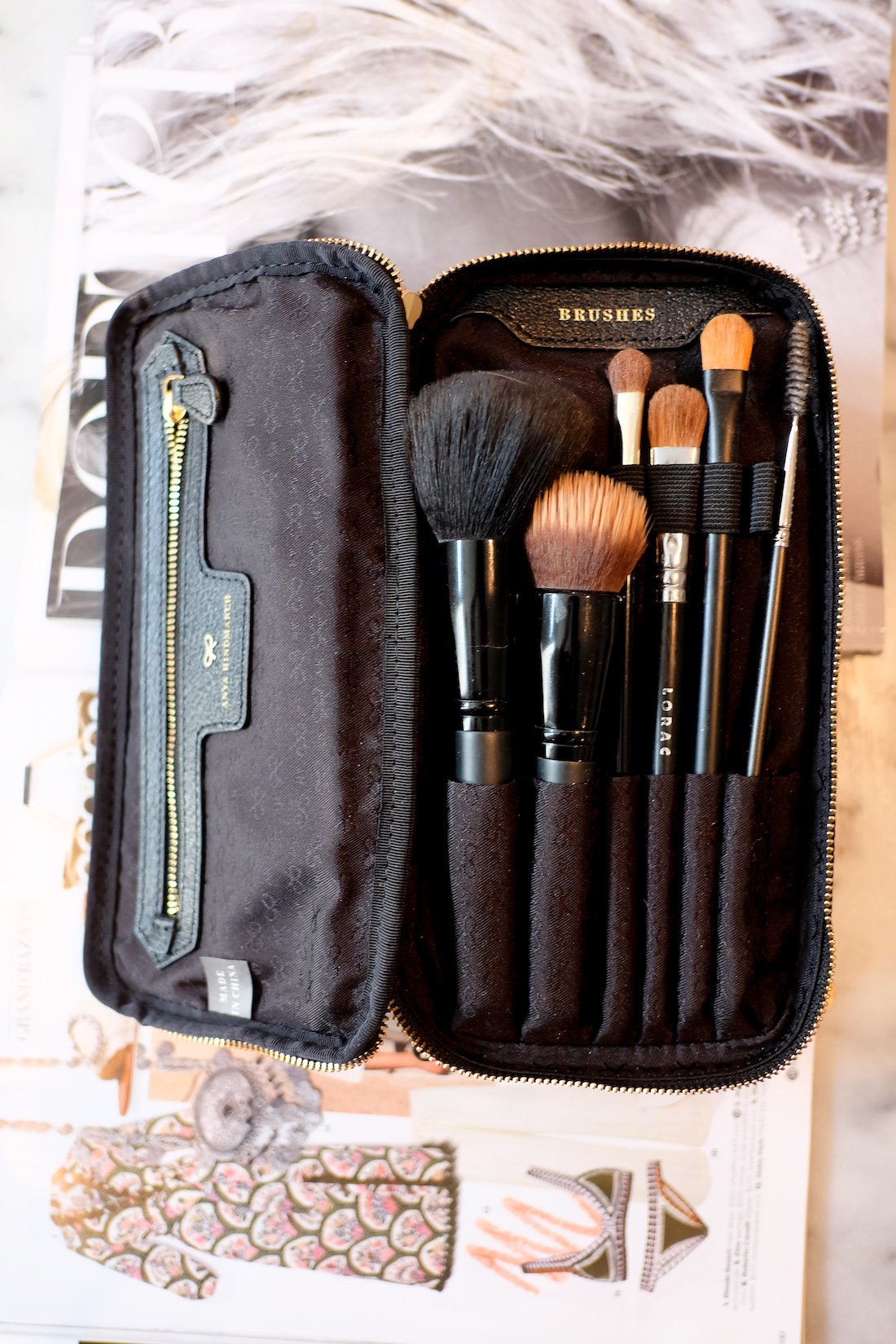 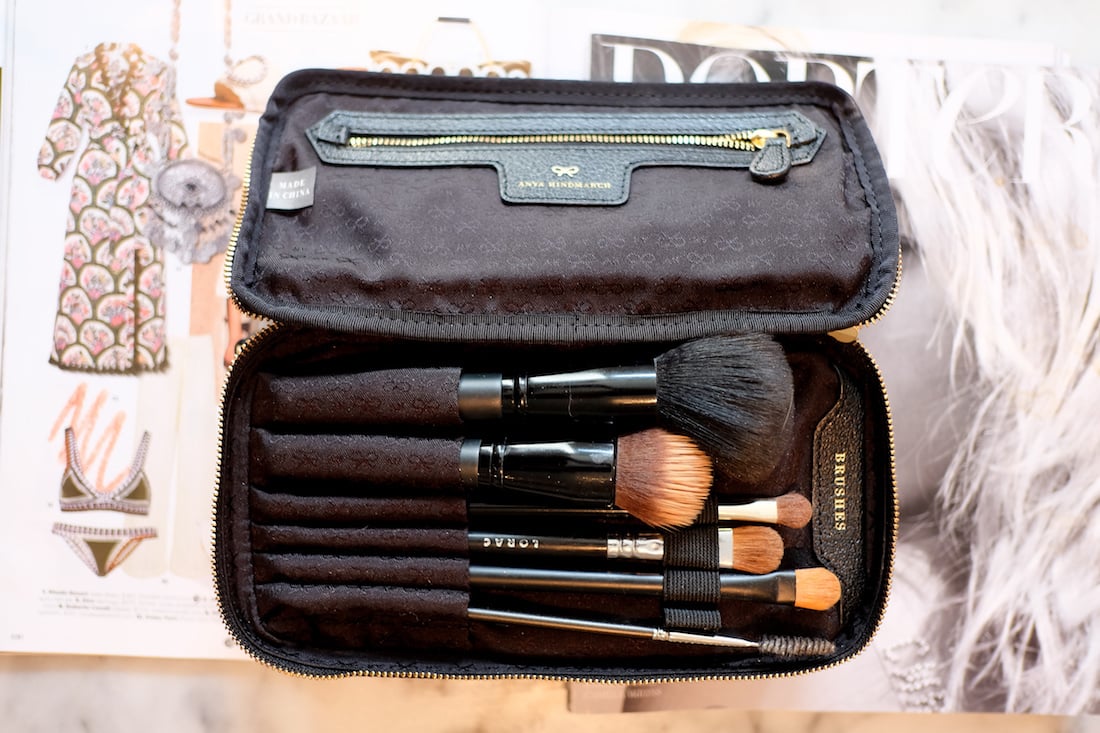