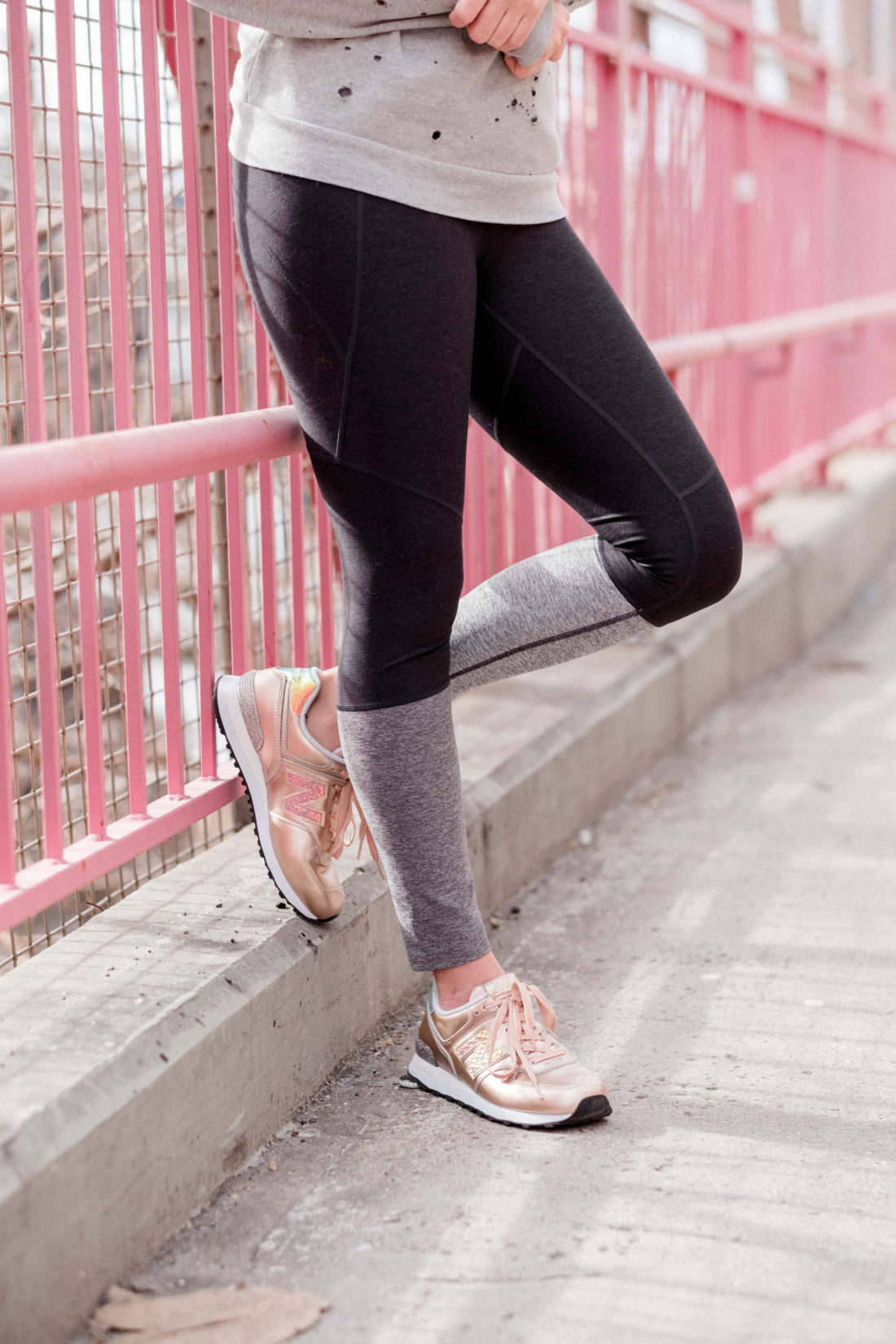 TGIF, friends! So much to tell you this week… and a LOT of fun healthy links to share from around the web.

First of all, this week as my “something new,” I took a THREE HOUR long inversion workshop over at Sky Ting. It was with one of my favorite instructors, Christopher Golden, and oh my goodness was I out of my element or what. It was so intimidating. So guys I don’t know if you know this but I’m really bad at yoga. I mean I LOVE it, and I go almost every day, but I’m not exactly good. And I’m cool with that. I’m naturally pretty clumsy and prone to falling/injuring myself (which is why I was a runner for so long… running is pretty hard to screw up). I don’t need to be good at everything I do, and it’s actually a good exercise… doing something you like just because you like it, not because you are a pro. I mean, I’m working hard at it and I hope to eventually be good at it but no. I’m not good. I don’t want you to think I’m some yoga expert because I go so often. I’m still verrrry much a beginner.

So this workshop. It was all about mastering the four inversions: handstand, headstand, forearm stand, and shoulder stand. The class was comprised of people who were really good at yoga – there were even several instructors in attendance. So I was pretty intimidated and definitely the least in shape person in the room, but it was still awesome. It was really hard. We too breaks in between each pose and did a lot of prep work for each pose (Christopher was awesome, he walked us through so many things I didn’t know about – for example, protracting your shoulders, and keeping your arms so, so, so straight). I learned a lot and ended up getting into headstand (with his help; against the wall). I’d highly recommend taking an inversion workshop if that’s something you’re interested in doing!

Next – a few reader questions. This week I got some DMs about doing cardio, and also about what changes I’ve noticed since doing more yoga.

Cardio. In a perfect world I would do cardio 3x a week to supplement the yoga. I’ll do 3 miles – usually some combo of running and walking. But yoga is my first priority so 3 days of cardio doesn’t always happen. The yoga class I take is pretty hard. I wouldn’t call it athletic (it’s not a rapid fire flow where you sweat a ton) but you hold the poses for a while.

Changes. Honestly the biggest changes have been to my mindset. Yoga is basically my therapy and helps a lot when I feel depressed or anxious. I always leave class in a great mood, and that in itself makes it worth it. As far as changes in my body, I haven’t lost weight (well I don’t actually weigh myself but my clothes pretty much fit the same as always) BUT I do feel a lot stronger, especially through my core. I’ve also gotten a lot more flexible. I was goofing around and did a high kick the other night and was shocked how high my leg made it up. I don’t know if you all read Alex’s Q&A last week (such a good one) but I hate weight training so an intense yoga class is a better alternative for me.

I am working on doing more cardio. I do really love the way I feel after a run and I definitely do some of my best/most creative thinking on the treadmill. I’d like to lose 5-10 lbs before summer so I’m eating cleaner and trying to make it to Equinox on top of yoga. Honestly though it’s so much about how you eat (and alcohol, sigh). Exercise is more for mental health, and getting stronger.

On a lower note… morning workouts have been HARD. I just haven’t been as motivated. I’ve been really busy with work and have found myself up til midnight getting drafts out to brands for sponsored projects, etc. Yesterday I got to the gym at 7 and that felt really good. I’ve gotta get back on track! What about you? It’s been a little while since we last checked in with each other. Tell me your progress in the comments. 🙂

Saturday – rest (aka drink rosé in the sunshine with my sister and her cat in her backyard).

Wednesday – Lunchtime yoga class at Sky Ting (we did headstands!)

Thursday – 40 minute walk/run on the treadmill at Equinox.