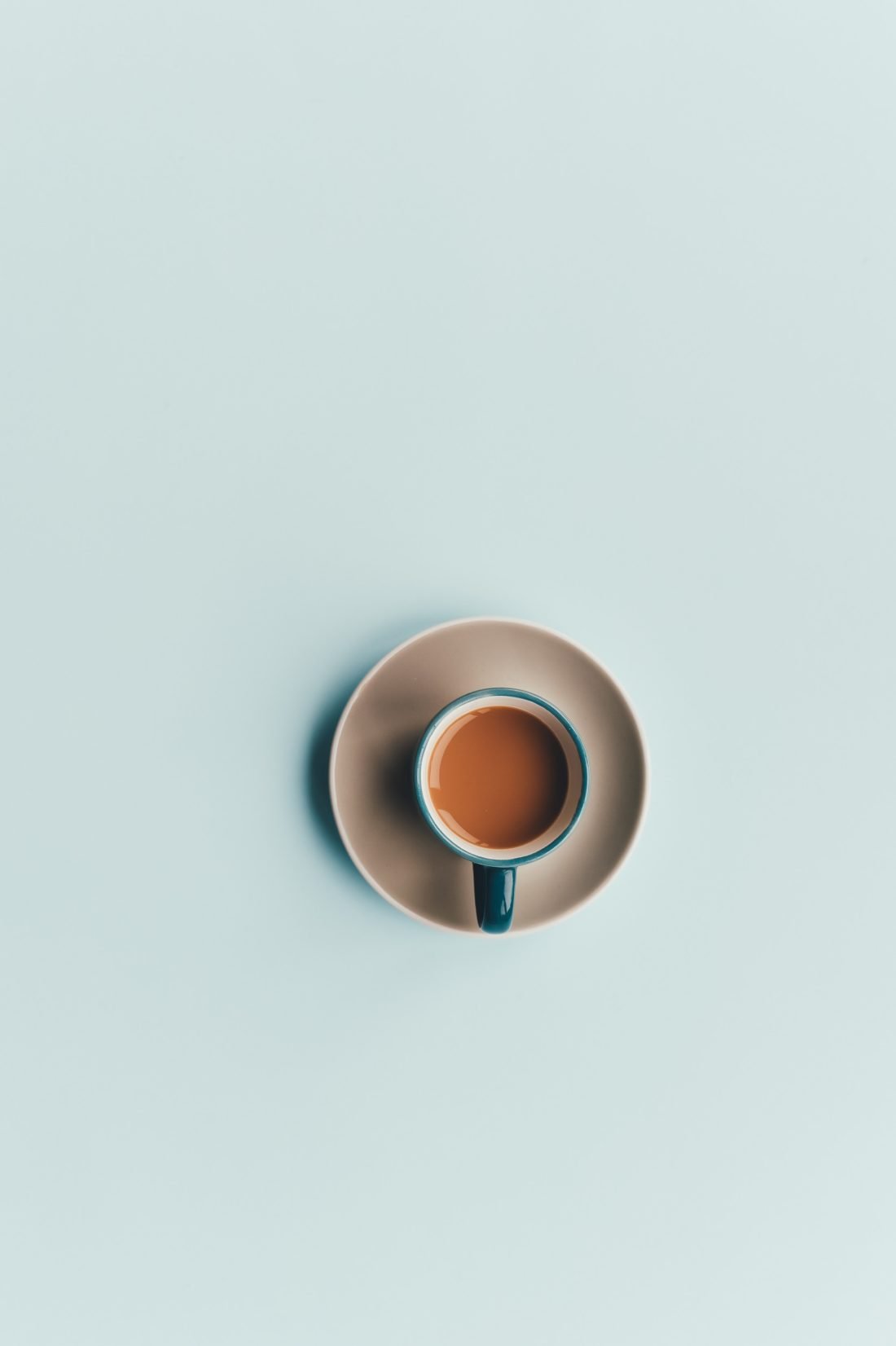 When I mentioned that I was taking a month off from drinking, the thing I got messaged about most was… dating! You guys were hilarious. There was a LOT of concern in these ranks about sober dating, and I have to be honest with you… until more recently, I had my concerns as well. Dating, (especially in the digital age), is awkward and weird and all of that can be amplified even more without a little bit of liquid courage. Or so I thought. And then I had some really good sober dates and realized the beauty of the coffee date.

Hear me out. The coffee date is a wonderful thing (regardless of whether you are drinking or not). It’s low pressure, it’s easy, and honestly you guys, we are (much as I hate the word!) BUSY PEOPLE. I like that coffee can go either way. A great coffee date can turn into a second cup of coffee which can turn into a long walk or another activity, while a bad coffee date can be cut short and you can go home and get on with your life without being tipsy, wasting calories, and so on and so forth. Even if I were drinking this month, I would rather save my wine for friend time.

If you’re a long term reader you probably have noticed that I can be ruthless with my time and sticking with coffee for a first date saves  you so much time in the end. As an aside (and I don’t do this, or recommend it! I have a male friend who would literally set up back to back coffee dates on Saturdays. He has a a whole system down which makes me laugh. Hey, whatever works!) Coffee dates aside, once you’ve been through that initial coffee screener there’s so much you can do! I think it’s a great opportunity to get in your culture (go to a museum or a play) or do something active (go for a hike, try out rock climbing, take a tennis lesson, etc)! And if all else fails, go to a bar and order a club soda. It’s not as awkward as you think, as long as you order with confidence. I promise.

As an aside: If you are taking a month (or a year for that matter!) off drinking and a guy is rude to you about it, I think that’s a perfectly fine reason to cancel and/or bloc him. I haven’t personally experienced this but was DMing back and forth with a reader whose prospective date called asked her if she was always that boring. RUDE. Three little words here: delete AND block!

…Try out a new coffee shop.

…Take a cooking class together.

…Try out a rock climbing gym.

…Take a tennis lesson or work out class together.

…Go to a museum (this is my personal favorite as I’m a total museum nerd.)

…Go kayaking around the city (if it’s warm).

…Go apple picking (in the Fall).

…Go bowling or play shuffleboard! (For the New York/Brooklyn set, this is one of my favorite places, mostly because of the decor…)

…Play Ping Pong (SPiN is so fun in New York).

…Go all high school and see a movie + get ice cream afterward.

…Have an evening of board games.

…Reader Idea from Shibani F: Go “dessert hopping!”(Go to a bunch of different restaurants within walking distance of each other, only order dessert.)

…Go hiking. (This miiiight be harder fo the New York set, but if you are in CA, this is perfect!)

…Go out for milkshakes!

…Reader Idea from Ashley B – best for when you’ve known each other a little while longer and are comfortable going to their home: Replicate the cooking show Chopped. Each person picks 1-3 ingredients for the other person to cook an appetizer or entree with. At least one ingredient should be a tougher, “wild card” item to make things fun. At the end you pick who the “winner” is with the best dish.

“I was initially afraid of sober dates — I would think to myself what am I going to say? How do I not have a drink to help me relax? What are we going to talk about?! A year and a half ago, I got a message from a guy on Tinder and he said no to beers because he was taking a month off drinking after having a heavy month. I remember distinctly asking him if we weren’t going for a drink, what could we do instead? He wrote back with a simple, “Dinner?” At this point, I had been single for 6+ years so I had gotten to be a pretty seasoned first-dater. I had a rule against eating on a first date (too much awkwardness for me). I love to eat and am not afraid of ordering big meals in front of people, but to me, eating is v intimate and is a way to spend time together. Not a way to get to know someone. But I said yes to dinner. We were meeting at a Mexican place and I checked out the menu beforehand. I wanted to order something simple, something that I could eat with a fork, and something that was unlikely to get stuck in my teeth. When we got there, I ordered a burrito bowl and he ordered three tacos with guac (amateur move– that’s tough to eat). The date went really well, and without the alcohol, I actually found myself to be calmer and less jumpy. Fast forward 1.5 years later and we’re recently engaged. 🙂 I think the moral here is to be true to ourselves and things work out. And we don’t need to force others to spend time with us if they’re not into what we’re doing at the moment.” – Sara M.

“My husband is sober and had just over a year of sobriety when we started dating.  Some of our best dates from the start of our relationship were – cooking class, Museum of Natural History and ice cream afterwards, Rangers and Knicks games, dessert and coffee at Magnolia’s Bakery, bowling, coffee and walks through the park and then walking around Eataly, getting their prime rib sandwich and hanging out in Madison Square Park. So many fun things to do —- when you don’t drink calories there’s room for more sugar calories 🍩🍦🍪!” – Catie B.

“One of my best dates of all time was to an art museum on a Saturday afternoon (they had a Warhol exhibit and my date knew it’s my fave) and then we had lunch at their cafe outside. It was amazing and he kissed me behind a statue.) – Anonymous

“The first date with my boyfriend of two years was a sunrise hike. He woke up at 3:30am and drove an hour and a half to pick me up so we could hike Mill Mountain and watch the sunrise. We brought a blanket to lay down on the ground. Afterward, we got coffee and breakfast. I was smitten from then on.” – Ally D.

“This is kind of dorky, but we loved it. When my husband and I were dating, we would go to these history series speaker events at our local museum. They always occurred on a Sunday afternoon, so while you could have a boozy brunch beforehand, we usually didn’t and it was just a nice relaxing activity for a weekend afternoon. We learned all about our city’s history, and got to spend time together.” – Alyssa B.