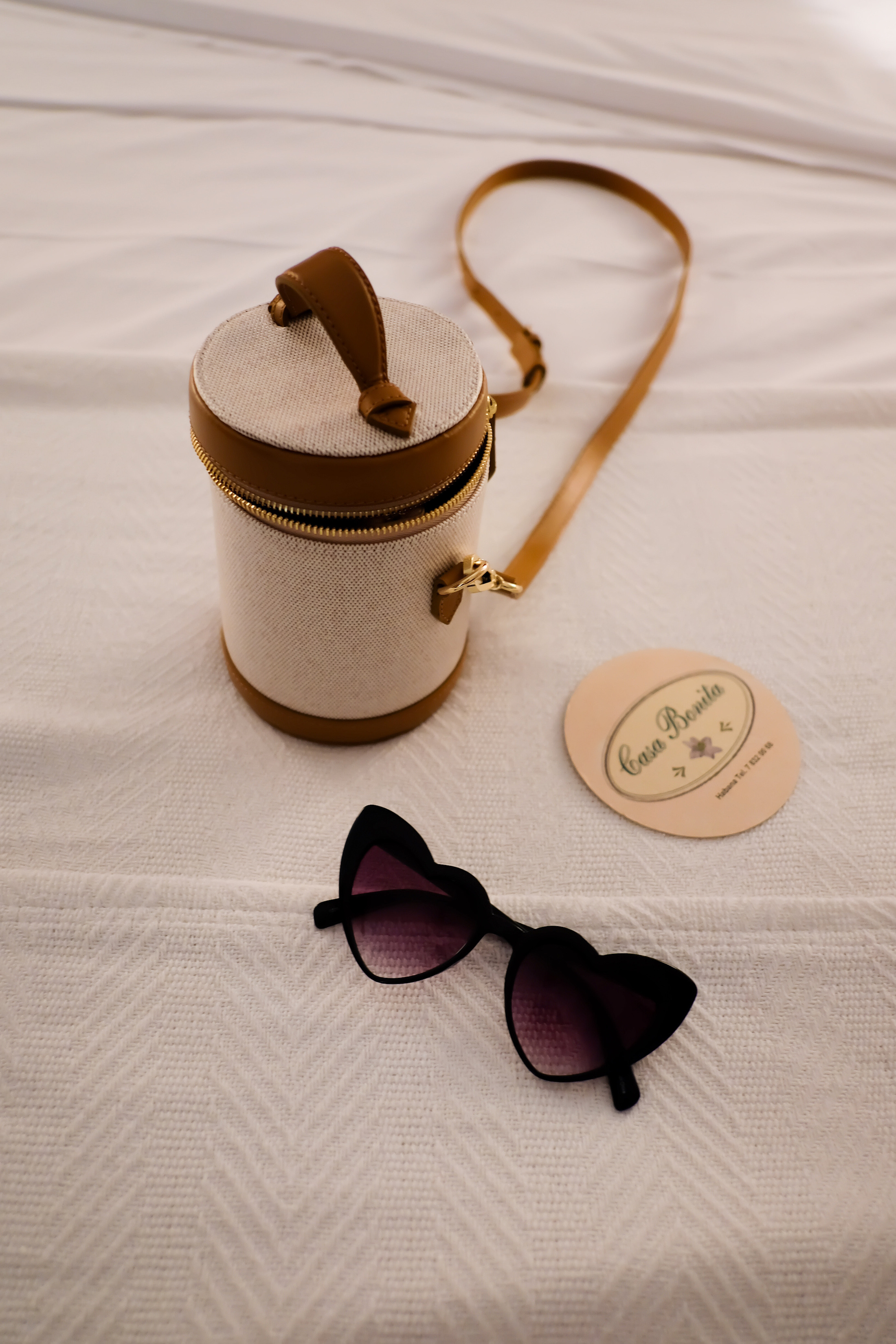 Ahhh Cuba. And my first yoga retreat!!! I’ve gotten a lot of questions about yoga. About going on a yoga retreat, and about getting off the grid so today I wanted to answer them all here. If you have any more questions/want to know anything else, just let me know. This was definitely one of the best weeks ever.

I am a beginner. I have only been practicing seriously for about five months but can already say that practicing yoga regularly (5-6 times a week) has changed my life.

The biggest thing for me has been finding something (exercise) that I truly love doing. I remember in high school, I was a big runner. And I ran because I loved it. Not to be skinnier or burn calories. I ran because I loved it and it made me happy. I can’t run like I used to (I ran all through my teens and twenties and after 3 marathons and a bunch of half marathons my hips and knees and lower back are a nightmare if I run more than 4-5 miles). Besides that, I don’t love it the way I used to – it’s more something I do because I know I should vs. because I love it. I had not found anything I loved the way I once loved running until now.

My yoga classes are often the highlight of my day – it’s a good workout (I know a lot of people think it’s not – to them, I say – you aren’t going to the right studio or taking the right class!!), it’s a great stretch, and it’s so amazing for your mind + mental state too. I just love it so much. As I practice more, certain poses that felt impossible have become possible, and that’s the other thing that keeps me coming back… the sense of improving at something. It’s helped with other areas of my life too. I sit straighter at work and I can actually run again without feeling like I have a broken back and hips the next day.

Unplugging and getting off of the grid a bit.

I know I was a bit elusive about what company I was doing the retreat with and that is only because of privacy stuff. Honestly, I think that should be pretty easy to understand as I have a relatively large audience/social following, but I wanted to do this retreat just for me. I didn’t ask any of my friends to come along, I didn’t want it to turn into something where I would have to feel “on” or “network.” I booked it on my own and kind of just left it at that. At the end of the day, while I do share parts of my life here and on social media, I am actually a pretty private person.

I didn’t share much leading up to the trip or even while I was on the trip because I wanted to just enjoy myself. People ask about this and it isn’t because the process of sharing that is stressful or hard. Posting a photo to Instagram is not hard. What is stressful (and maybe it’s my own fault/compulsion but I don’t want to be one of those bloggers who doesn’t respond to comments or DM’s) is that once you do post something, there are inevitably a bunch of questions, comments, DM’s, etc. So I decided I just wouldn’t share for that time.

Besides the intentional choice to take a break, WiFi was spotty, and when you’re near a WiFi hot spot you need a WiFi card to connect. It was complicated at first and I’ll share how that works when I post my Cuba travel guide, but at the end of the day I just kind of lost interest in the Internet, particularly Instagram.

I would check in once or twice a day; mostly just to read and delete emails as there is nothing worse than getting home from a trip and having to go through five or six hundred emails. I’m all for unplugging but when you are self-employed and in this industry, you have to check your email every day. I don’t see any way around that. Replying to emails? Not so much.. but at least I knew what was going on! So I did that, shared a few things here and there with friends, and mostly just stayed off of my phone unless I was using it as a camera.

It was really wonderful. And now I’m easing back into things. I only just turned DM’s back on today and have been slowly posting more to stories, etc.

After this past week I’ve decided that I’m going to take a week long instagram break twice a year. A lot of bloggers will take full weeks off from their blog and that’s not something I’d do (you can schedule everything in advance of a trip or vacation… I’d feel lazy!) but Instagram (being so instant and all) is really nice to disconnect from. I’d highly encourage anyone who works in the space (bloggers/influencers, social media managers, etc) to do the same – it isn’t good to be constantly connected and social media burnout can be very real. I came back from this little break feeling so much more inspired and motivated.

Why I chose this yoga retreat.

I did my research! It helps to choose a retreat hosted by an instructor whose classes you’ve taken before so that you know you like their teaching style. I chose Yoga for Bad People as I loved Heather Lilleston’s classes back when she was based in New York. And Cuba was a no-brainer as it had been on my list for SO LONG.

I really like that they partner with CET on the trip to make it a mix of learning about Cuba and doing a ton of site-seeing (our itinerary was JAM PACKED) with twice daily yoga. And YFBP’s values align with my own – I love their laid back / slightly irreverent attitude. They take yoga really seriously but also have a lot of fun – we went out for drinks and dancing every night and had cocktails during lunch. On our very last class, we were all a little tipsy, which was pretty funny.

What made this yoga retreat different than most was that it was hosted in a city. Most yoga retreats are super mellow… they’re usually by the beach or in the countryside. My next yoga retreat will definitely be a bit more of a relaxed vibe. However, I loved the mix between running around a new city learning and exploring, paired with twice daily yoga.

The benefits of doing a yoga retreat.

This yoga retreat really, really helped to improve my yoga practice. I think the biggest benefit of going on a yoga retreat is having all of that time with ONE yoga instructor. Consequently that instructor really pays attention and gets to know your body + the things you need help with. Taking 90 minute yoga classes 2x a day with the same instructor was amazing. There were only 6 other people on the retreat so we all got a lot of personal attention… I’ve never gotten so many adjustments in one class.

The whole group had tight hips so we spent a lot of time working on our hips. It sounds silly but we also spent a lot of time just re-learning how to sit and stand. My posture has always been a nightmare so this was huge for me… I feel like I learned how to properly stand which is a funny thing to say at age 36. Annnnd I got into Headstand without teacher assistance, which was a big goal of mine. Now that I’m home I’m too nervous (on my own) to do it without assistance so I use the wall. However, I’ve really improved with that specific posture

We also spent a lot of time working on our meditation practice. In the past whenever my legs would fall asleep, I would adjust them. Heather encouraged us not to move. At all. This was challenging but one morning we did a 26 minute meditation and despite my legs falling asleep. I managed to stay still the whole time.

Would I do it again?

Absolutely. Heather is amazing and I almost don’t want to tell everyone about Yoga for Bad People as their retreats are SO GOOD and Heather is one of the best, (if not the best) yoga instructors I’ve ever worked with. Like I said my next retreat (it’s already booked haha). It will be somewhere a little more mellow where I can lay on the beach and read in between yoga classes but honestly this was just the greatest. Cuba + yoga = so much fun. It was one of my favorite weeks ever and an unforgettable experience!