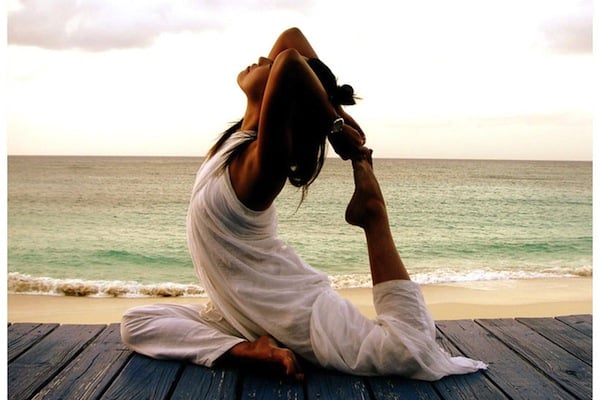 I have to confess, I got home from vacation and the last thing I wanted to do, in the world, was work out. Major motivation issues. I wanted to sleep in and snuggle the cat and had very little interest in the gym. I also had a lot going on both socially and work-wise. But alas, I powered through and still managed three really solid workouts. And next week it will be back to la vida Gwyneth and pushing myself at the gym… 😉

On Wednesday night, I took Body Camp at Body Space Fitness. I have to tell you – I am really enjoying their classes. The group size tends to be small {ten people or less} and they are co-ed. It’s kind of back to basis. The classes are held on a turf floor and there are always lots of drills at some point {think bear crawls, crab walks, etc.} I always end up making friends in class — this time it was two girls… we spent our {tiny} breaks discussing ClassPass and our favorite classes. Body Camp was exactly as my coworker described it to me… tough, but manageable. We did two different weights circuits {each one three times} working every muscle group and ended with drills {battle ropes + bear walks.} Ouch. But it was a really effective workout and I left feeling awesome.

Thurs AM, it was back to Yoga Vida. I hadn’t been in ages and it felt really good. And while I did take yoga in Tulum, it was Kundalini which is just not the same – I much prefer Vinyasa/Flow. I took Hilaria’s 7am class and loved every minute. Well not every minute because Hilaria works you hard. You move really fast– up, down, warrior this, warrior that… but by the end you are drenched in sweat and feel like you got a really great stretch – but also a really great workout. I personally love her abs series. I know that {some} purists are against abs in yoga, but I say why not? Anything that’s going to get me into better beach shape sounds good to me! Hilaria’s class is always packed to the brim and for good reason – it is a really fantastic workout.

And on Saturday, I tried out Core Pilates {using my Classpass}, which is actually in the same space as Yoga Vida. I have to be honest… I have mixed opinions here. On the one hand, it is basically a semi-private class. I’m pretty sure the largest group was 6 or people. But I really didn’t like the space and I’m one of those people that will have a harder time enjoying my class if it is cramped, noisy, etc. The space was pretty small and there were three other classes going on at once (I took chair; and there were also reformer,tower, and mat classes going on.) The space felt really chaotic to me and I left with a headache. That said, I loved that my class was only three people – and my instructor, Delphine gave us a great workout. She was awesome and attentive – and watched our form like a hawk. I just had a really hard time tuning out the chaos around me and focusing solely on my own group… but the semi-private environment kind of makes the chaos worth it, if that makes sense.