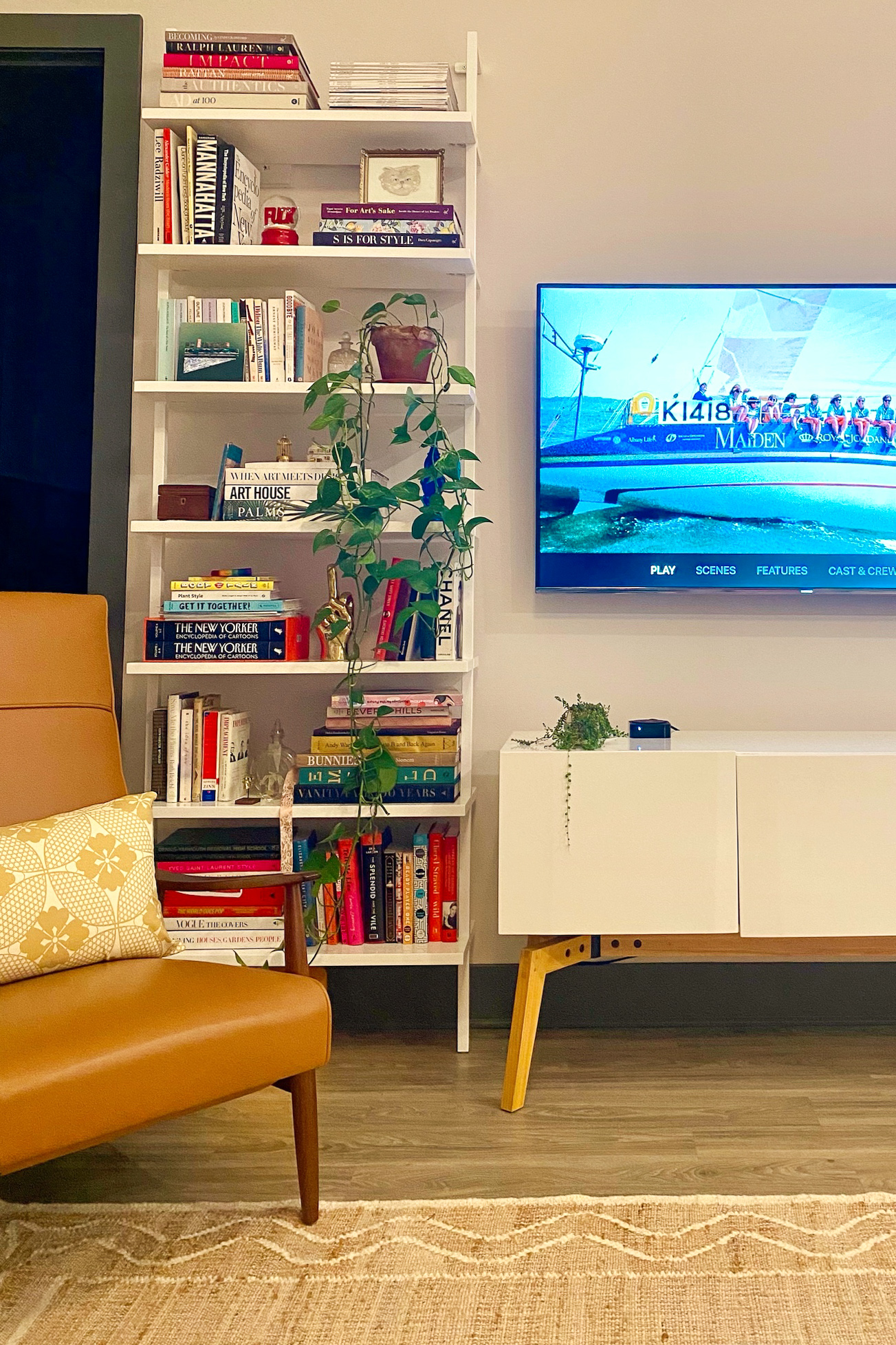 I watch (almost? sometimes more?) as much TV (and movies too) as I read, so I wanted to start doing regular posts with all everything I’m loving and watching. So here is everything on TV I’ve been enjoying over the past four or five months. I will add that my current watch list is the new Succession and three shows on Netflix (Maid, Midnight Mass, and Squid Game).  Would LOVE to hear all the TV you are watching and loving in the comments, if you feel comfortable sharing!

PS – here’s another big TV roundup I did during the pandemic, plus four really heartwarming and uplifting films to watch.

All the TV Shows I’ve Been Loving Lately!

(Hulu) Oh my lord, this is Gary Janetti’s parody of the royal family and it is absolutely hilarious. I kind of don’t know how he was allowed to do this but I am so glad he did? With such clever writing and Family Guy-esque illustrations I just loved it so much. Each episode is just 12-15 minutes. On Youtube or HBO Max. It is so, so funny.

(Amazon) This was THE BEST. I miss it so much. Jean Smart is a national treasure. She plays Deborah Vance, an aging but legendary comedienne (think Joan Rivers) who has her own line and a Vegas show. But she’s difficult, and on the precipice of losing her show. When her agent forces an entitled, outcast 25-year-old comedy writer to help her write new jokes, a dark mentorship forms between them. I am thrilled that there is going to be a second season.

(Comedy) This is so funny. So funny. You will laugh out loud. I tend to watch TV rather quietly but I actually cackled out loud at a few of the episodes. It took me a little while to get into. At first it reminded me of Schitt’s Creek (a bad thing, I realize I am the only one who feels like this but I didn’t like that show!) and then I grew to absolutely love it. The writing is so sharp and they make fun of absolutely everything. It makes a lot of sense that Lorne Michaels (the creator of SNL) is one of the producers.

(Amazon) I absolutely love this series (based on the famous NY Times column). The second season just came back A killer cast, and just so so sweet. This is fun to watch when you just want to watch one quick thing (the episodes each stand alone as each episode is based on a different essay) and/or when you want to cry. I personally liked the first season better but the second season has some gems too (the first episode, with Minnie Driver, had me SOBBING!).

(HBO) I’ll be honest, I don’t love the new Gossip Girl but I don’t hate it either? And I will absolutely keep watching when it comes back. I love seeing Tavi in it (she’s a surprisingly good actress?), I love the fashion, and it makes me miss New York. It also gives me nostalgia for the old one (and I really really like how diverse the cast is). That being said, the plot is just medium. But do I plan to keep watching when it comes back? Absolutely!!!

(Satire) The White Lotus was one of my favorite TV shows of the whole summer. It’s a satire. It really highlights white privilege and how awful American travelers can be when visiting a new city. It was funny, in a satirical sense. I also still couldn’t get over Jake Lacy playing such a jerk. He did an amazing job (he always plays the nice guy and was so believable). It’s uncomfortable to watch and will definitely inspire some great conversations (the ending especially!), but I can’t recommend it enough.

(Drama) I really loved this. I am a big Sandra Oh fan, and I liked that it was about academia (both my sister and boyfriend work in academia and said that it’s spot on!!!) Sandra Oh plays the first woman of color to be made head of the English Department at a prestigious university. Along the way she encounters some dramatic incidents and high expectations. There’s also a little romance brewing, which I loved.

(Apple TV) I am SO glad that this is back! The first season made me cry. That finale!!! And truly, such a great cast (Jennifer Aniston + Reese Witherspoon star, along many many other amazing actors and actresses). This is set on (shocker) a popular morning show in Manhattan and gives some of the darker side of the industry. They could have left it at one season, but now it’s back. I have only seen a few episodes but am excited to see where it goes.

(Apple TV) I absolutely loved the first season of this (I’m still making my way through the second!) Octavia Spencer plays a former journalist turned true crime podcast host. I obviously love the podcasting element (and Octavia) but the plot of the first one was so twisty and good (I’m still not sure where the second season is going! The seasonal guests are also so good. In the fist season we got Aaron Paul and Lizzie Kaplan and in season 2 we get Kate Hudson.

(Netflix) I loved this. It stuck with me long after finishing it. Adrian Grenier plays a beloved family man… close with his wife and his sister. He goes missing and turns up on a Youtube video, where he is held hostage being accused of sexually assaulting women. His family (and the police) begin a desperate search for him, uncovering terrible secrets along the way. I can’t recommend this enough. The first episode was a little slow but then it gets SO good.

Only Murders in the Building

(Hulu) My absolute favorite and truly WHAT a cast. Martin Short, Steve Martin, and Selena Gomez play three neighbors (all very different) living in the same building. They share a common love of a popular true crime podcast (hosted by Tina Fey) and bond when a resident of their building is murdered. Determined to find out who killed him, they wind up forming their own podcast! It’s both funny, heartwarming, and a little bit scary at times… all the things. I love it.

(Netflix) It’s back! This was my latest binge watch (I watched it this past weekend). I had been waiting. This is the third season. If you are not familiar, Penn Badgley plays a nice guy with stalkerish (and sometimes murderish) tendencies. The third season has him married with a baby… and nowhere close to giving up his old ways. I think this might actually be the best episode yet. There is a lot of killing, a lot of deceit… it is stressful in the best way!

(Amazon) Did you watch this? It was a quicker watch but crazy to see, and pretty eye-opening as I had seen friends on Facebook selling the LulaRoe leggings. I still can’t believe the producers were able to get the founders of the company on. I had known they were a bad company but I don’t think I realized just how bad/what a disaster they are. And I was blown away by how manipulative the executive team was to the lower level members… it was really upsetting and left me with this dirty feeling afterward. ICK.