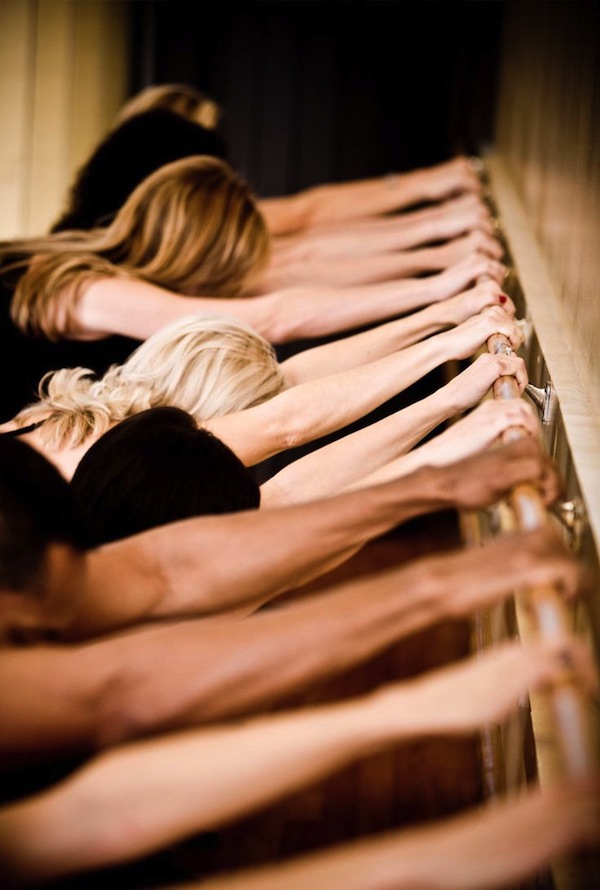 Last week we talked about body image.  I was overwhelmed and awed by all of your comments.  I think that it is so important over here to keep an open and honest dialogue and to keep things real as much as possible.  Today I wanted to talk about exercise.  I don’t talk about it very much over here as it isn’t necessarily relevant to my day to day content; but I’ve been on a bit of a fitness kick over the past couple months.

For the better part of my life, I ran… a lot.  In high school, the only team that would take me was track.  {I lacked the coordination to do any of the other sports.} When I started, I could barely run a mile but with time, I got to a point where I could run a mile in six minutes.  I ran three seasons – Track, Indoor Track, and Cross Country {my personal favorite.}  My teammates were my best friends, and running was my life.  It wasn’t about being thin or even really being in shape; it was about my team, and achieving our goals.  Some of my favorite memories are of my cross country team… goofing off, sing alongs to Tracy Chapman and Wyclef in the big van that took us to away meets, going for ten mile runs (and then eating giant ice cream sundaes afterward), big team pasta dinners.  I could go on.  Even though I’ve lost touch with most of them, it was my teammates + coach that helped me survive high school – and shaped me into the person I am today.

I tried running for a season in college and didn’t like it very much – it felt too competitive and it lacked that collaborative team nature.  So I stopped running – competitively at least. I’d maybe run three times a week.. never more than ten miles a week.

A few years after college, I got back into it.  It started with the treadmill and before I knew it I was running laps around the Charles River in Boston {where I lived for the first few years after school.}  I met a boy who ran too, and we ran together.  In eighteen months {when I was 24 or 25}, I ran three marathons.  I started with the Nike Womens Marathon in San Francisco, and did Boston after that.  {Both were for charity… I did not qualify for Boston!}  After that I did Chicago.  My best time was 4:11 {Boston.}  I ran it with that boyfriend and actually beat him.  I felt badly for him, but it was kind of awesome to beat your boyfriend at a sport, you know?   That was probably my high point because after that it was all downhill.  My knees weren’t what they were, I was always getting injured, and when I ran Chicago I pretty much hated every minute of it.  It just got to a point where it only felt like work and no fun.  I dreaded it.

That was nearly eight years ago and I still cringe at the thought of going out for a run.  I do try to run once or twice a week but my knees still hurt (especially in the cold!) and I just don’t enjoy it the way I used to.  But when I need to clear my head and really think, there is no better way to do it.  Still, to this day, some of my best ideas happen over a run.

But for the most part, that high impact stuff just sounds terrible to me.  I have friends that thrive on Soul Cycle and Fly Wheel.  My one Fly Wheel addicted friend loves it because they rate everyoen and post everyone’s score on the board in the front to spur the competition.  This sounds absolutely awful to me!  CrossFit has no appeal either.  Heavy weights and calluses?  I’m just too much of a priss.  What I really started to love though, is yoga and Barre classes.  I take yoga at Yoga Vida, and this past month, started taking Core Fusion a few times a week at Exhale.  Once a week, I make myself take Core Fusion Cardio and to be honest, my only goal is to just survive.  I don’t care about my form… I just want to make it through the class.  It is that hard.

But I love Core Fusion {Barre} probably more than anything I’ve ever tried.  To be honest, I feel a little bit cultish about it.  I love the small class environment.  And I love that you work really hard but aren’t dizzy and out of breath.  I’ve taken a few classes with Victoria and we joke that we’re lazy exercisers… we love Pilates because you get to lay down for part of it!  After just ten classes my body has started to change in ways I didn’t think were possible.  My posture is measurably better and I’m so much more flexible – I can touch my toes quite easily.  I feel like a new person from those two things alone.  And while I don’t weigh myself, my clothes fit considerably better and I feel a lot more toned…. longer and stronger.  The funny thing is that ten classes in, I still want to die {in the best way possible} afterward, and can’t do everything in each class.  I’m excited to see what the next ten and twenty classes bring and can’t wait til I’m at the point where I’m the girl in the front row.

What I’ve realized is that with exercise, you won’t {or at least I won’t} stick with something unless you really love it.  So when my friends wax on and on about CrossFit or SoulCycle or FlyWheel, I just feel really happy for them.   There is nothing better than finding something you really love, that works for you.  We’re all very different and need different things from a work out.  While I always did love running, it had become a chore.  And I just don’t like spinning or heavy weights.  I thought I was destined to be a couch potato so I feel so thankful for my barre and yoga classes.  Oftentimes, they are the best part of my day!

What do you do for exercise?  I’m always curious to hear what works for other people.  {And are you a lazy exerciser like us?}