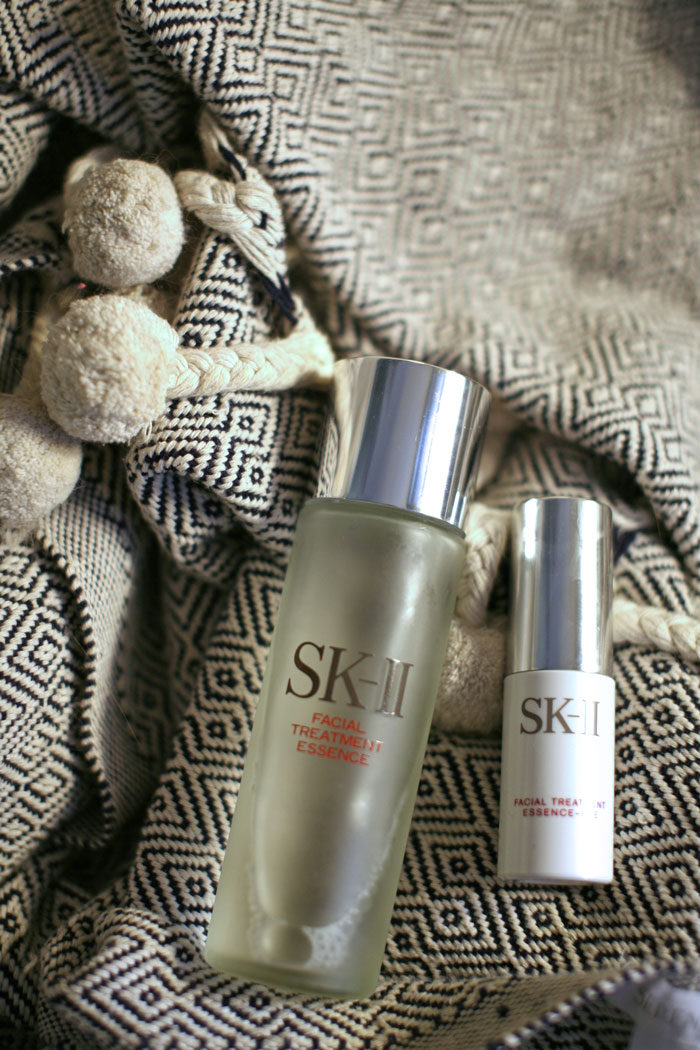 If there is one product I’ve gotten all of my close girlfriends hooked on (besides Tata Harper duh), it’s SK-II Treatment Essence. Guys. This product will change your life. I’ve written about it here before (in my winter skincare post and also all of these posts) and I don’t mean to be boring/beat it to death, but I got a bottle for my cousin as a 27th birthday gift and while I was gushing to her about how it would change her life, I realized that I hadn’t told the whole SK-II story over here before… so I thought I would do that today.

Background: I first discovered SK-II when I worked in marketing for P&G. We had just acquired the brand and their team came into our office to give us a training on the product. This was years ago (seven or eight) before Korean skincare had gotten so popular… and before I was at an age where I really put much thought into my skincare routine – or aging in general. (Ahh, to be young again!)

The training had me fascinated. The story of how the brand got it’s start goes back to the seventies, when SK-II scientists were fascinated by the contrast between the wrinkled faces of aged sake brewers and their soft, youthful hands. The brewers spent days in the sun in the rice fields… yet had these amazingly soft hands. The scientists ultimately discovered that the secret lied in the yeast that the brewers’ hands were in constant contact with during the sake fermentation process. Fast forward to over ten years of research and Pitera™ was born! Pitera is the essence of SK-II and it’s truly a miracle product. (You can read more about it here!)

The Treatment Essence seems unremarkable at first. If I didn’t know any better I’d want to buy one of SK-II’s face creams, etc. But the Treatment Essence contains 90% Pitera, and is (in my opinion at least), the best product in the line. Note: while it looks like a toner, it is not a toner. After washing your skin, pat it dry… and then pour a few drops of it into your hands. From there, gently pat it into your skin. Don’t rub… pat. From there, resume your normal skincare routine… eye cream, serum, moisturizer. I’ve tried the rest of the line (and personally prefer Tata Harper) and it’s great… but guys… the Treatment Essence. So. Good.

In the short term with regular use, your skin will take on this translucent, clear quality. Think Kate Bosworth or Cate Blanchett — both women use the product religiously. In the long term, it actually prevents wrinkles and aging. I am obsessed and now nearly every single one of my girlfriends are too. 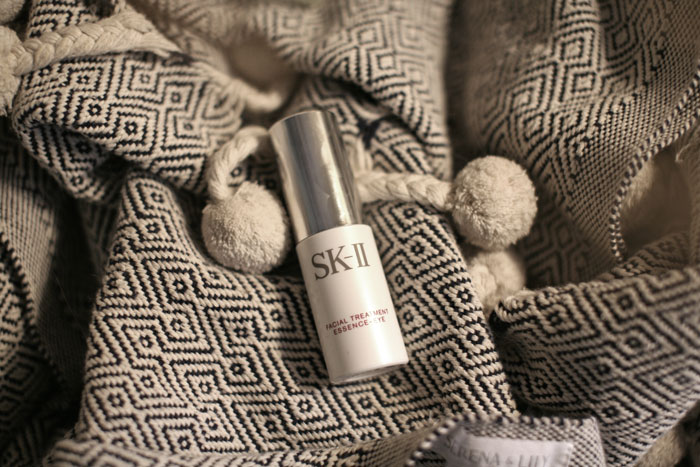 More recently, SK-II also released a new treatment essence for the eyes.  I expected it to be a liquid, like the original, but it’s actually an eye cream. I really love it. It’s one of the best eye creams I’ve tried (PS – stay tuned… I have been trying all of the eye creams this month and have a comprehensive post planned on those for next week!)

This post isn’t sponsored… I’m just evangelical about this stuff! 😉