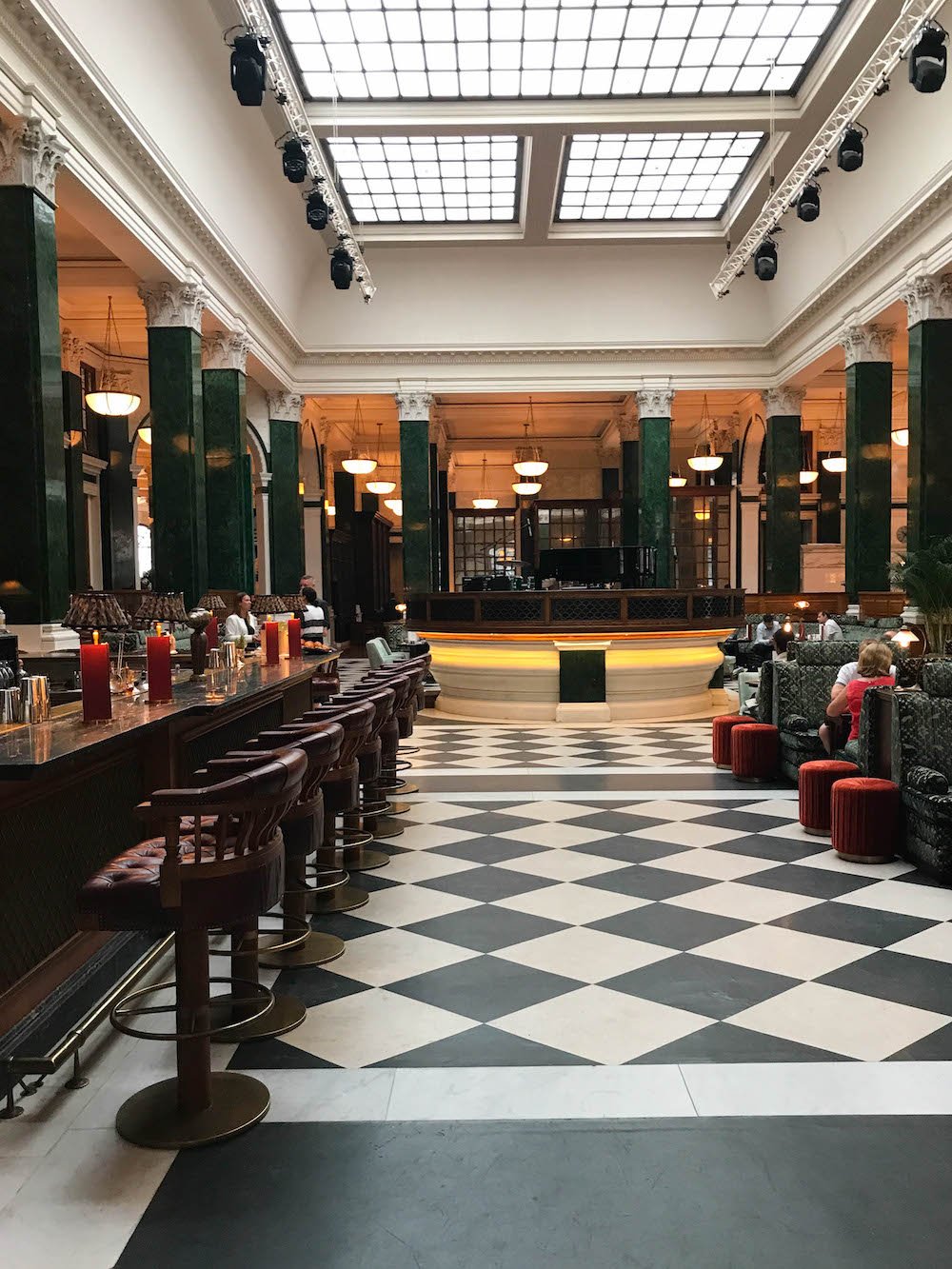 This post is just a touch overdue, but on my last trip to London I stayed at two incredible hotels which I needed to tell you about!!!

First up is The Ned. I found The Ned via Habitually Chic and knew that I had to stay there at some point. I was surprised to see that the rooms were actually relatively affordable, so I booked a room for three nights. I loved it. It was a lot like staying at the Soho House (same mini bar, same Cowshed amenities, and a similar design aesthetic which makes sense as the hotel is a collaboration between Nick Jones (the founder of the Soho House) and Andrew Zobler of Sydell Group which owns the Nomad in New York and the Saguaro in Palm Springs (amongst other hotels. In speaking to London-based friends what happened was the bankers wanted their own Soho House (Soho House is notorious for rejecting finance guys.bankers in favor of fashion/creative types), which led to The Ned. Besides the hotel (and restaurants), it also has it’s own private members’ club (separate from Soho House).

My favorite part of The Ned (besides the design which is just so gorgeous) is that there are nine restaurants on the ground floor (which is a 3,000 square foot historic bank, by the way)… yes, nine! I had never seen anything like it, except maybe Eataly? Pretty much something for everyone. And at night they have live music. I spent an evening reading my book and drinking a glass of wine while listening to the Sinatra cover band… pretty amazing. I had a delicious steak at Lutyen’s, negronis at Cecconi’s, and breakfast at Millie’s two days in a row. Both were very good.

My least favorite part? It’s far away (in the city of London) from most of the places I wanted to go in London. When visiting London I prefer to stay in Mayfair when possible… it’s close to all the best shops and museums… this was a bit of a hike. Still, it’s worth experiencing as it’s absolutely beautiful with lots of great places to eat and drink. 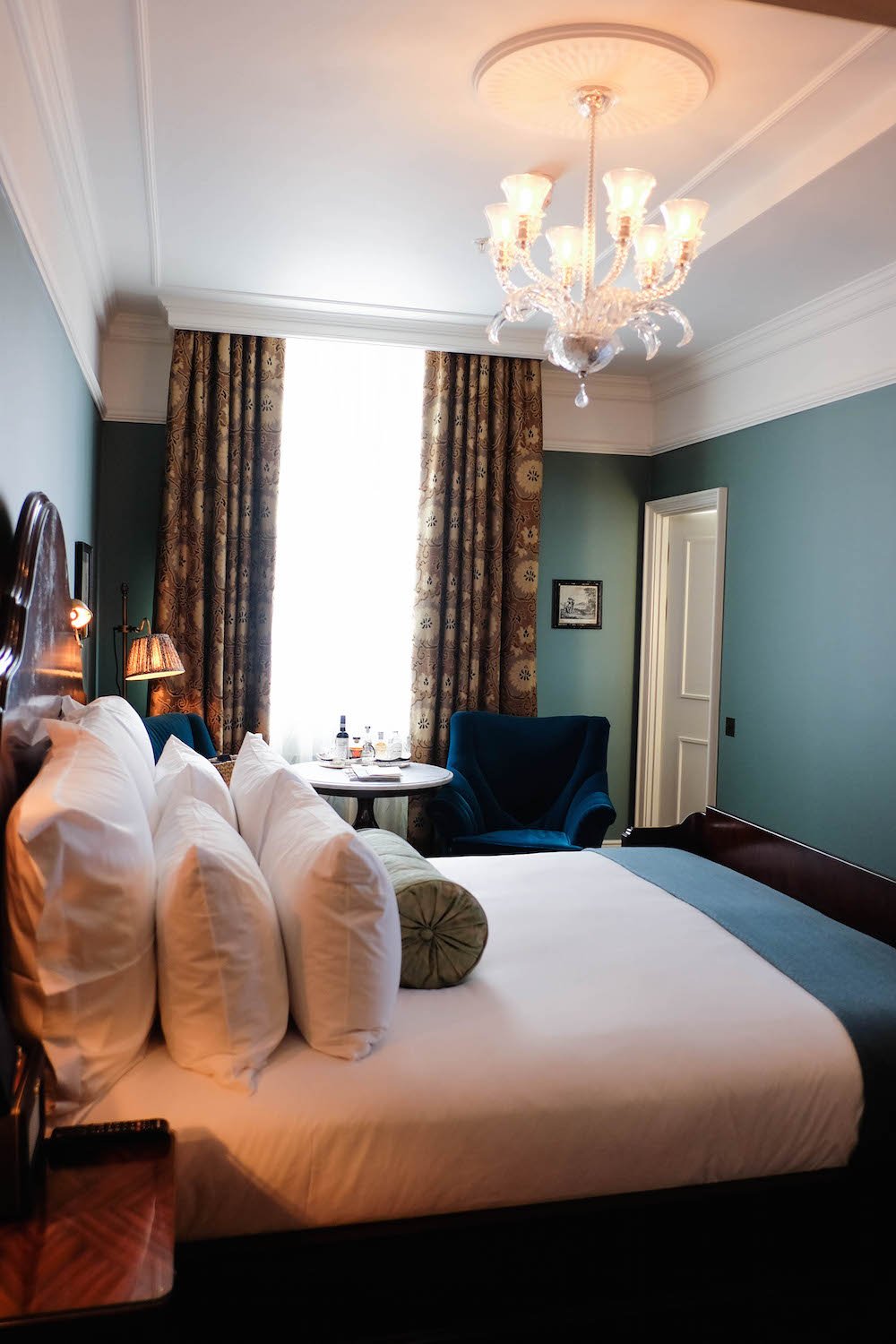 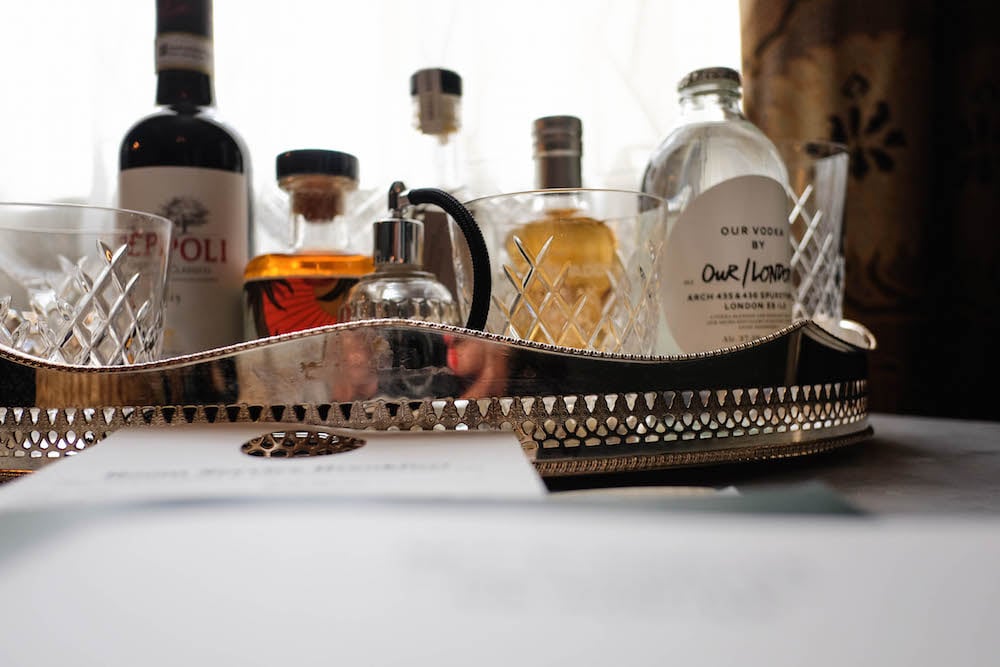 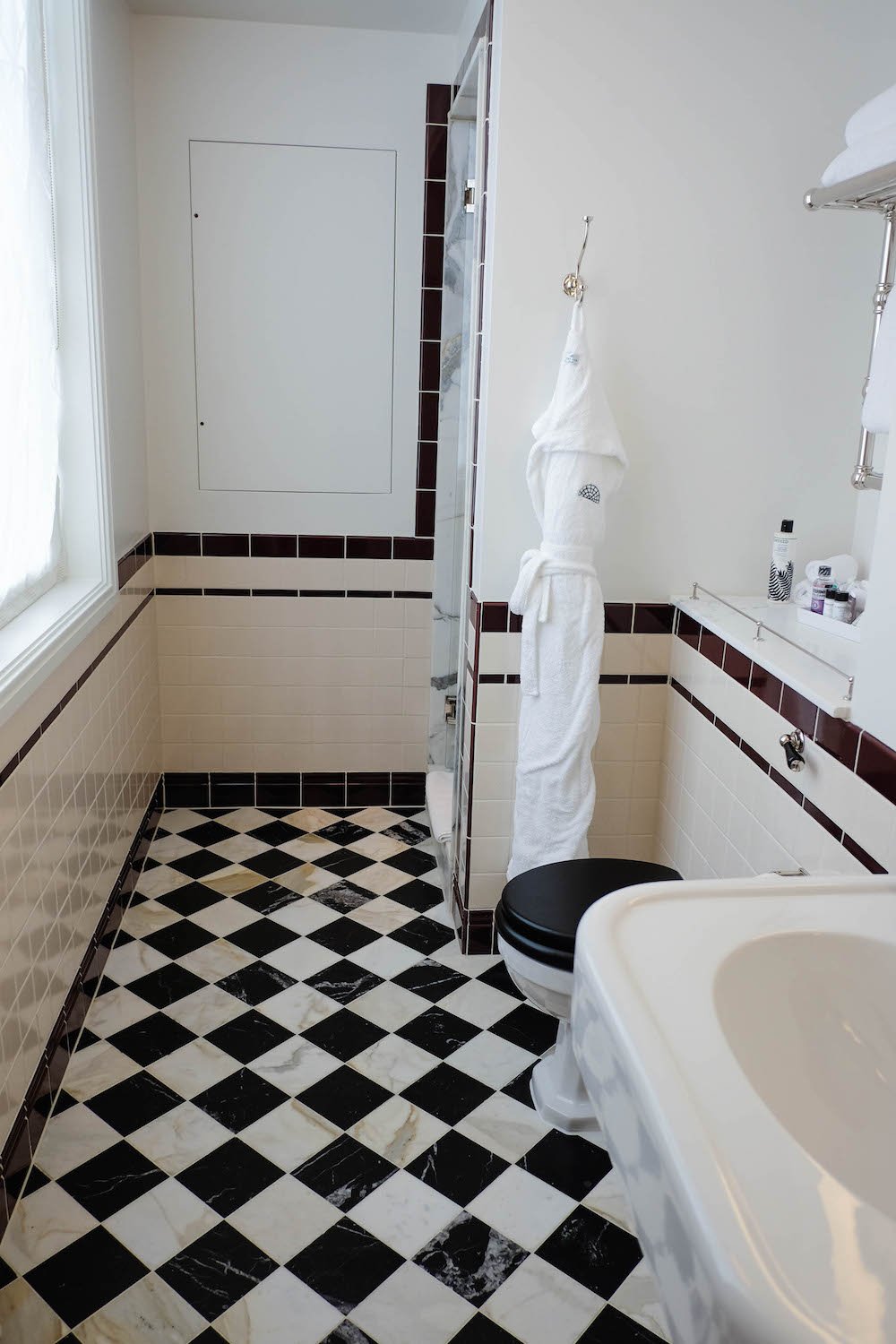 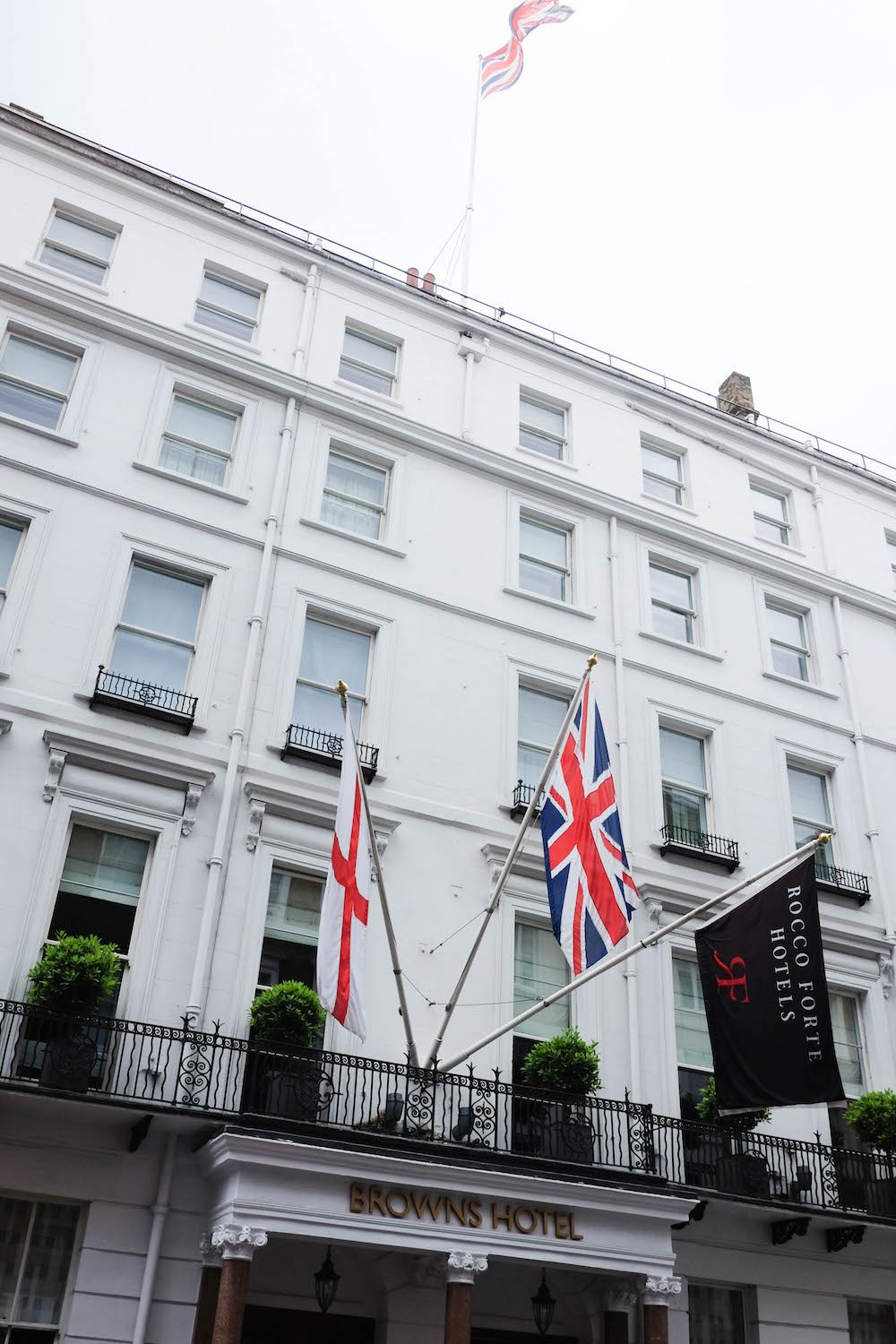 The next is Brown’s! Brown’s is actually London’s oldest hotel (it opened it’s doors in 1837 – how cool is that?). The hotel was kind enough to gift me a one night stay and I fell in love with my (chartreuse green) suite.

The boutique hotel is actually comprised of eleven townhouses, put together to form the hotel. Because of that there are little steps and stairs throughout, which give it a bit of eclectic charm. Over time the hotel has hosted quite the clientele – presidents, prime ministers, even Queen Victoria and Agatha Christie! It’s located in Mayfair (my favorite part of town) just around the corner from the Royal Academy and all of the good shops (danger!) My friend Ruby and I had the most delicious dinner at their restaurant, Hix Mayfair. We both devoured the Dover Sole and split the berries with white chocolate for dessert. Weeks later, my mouth still waters thinking about that dinner!!! 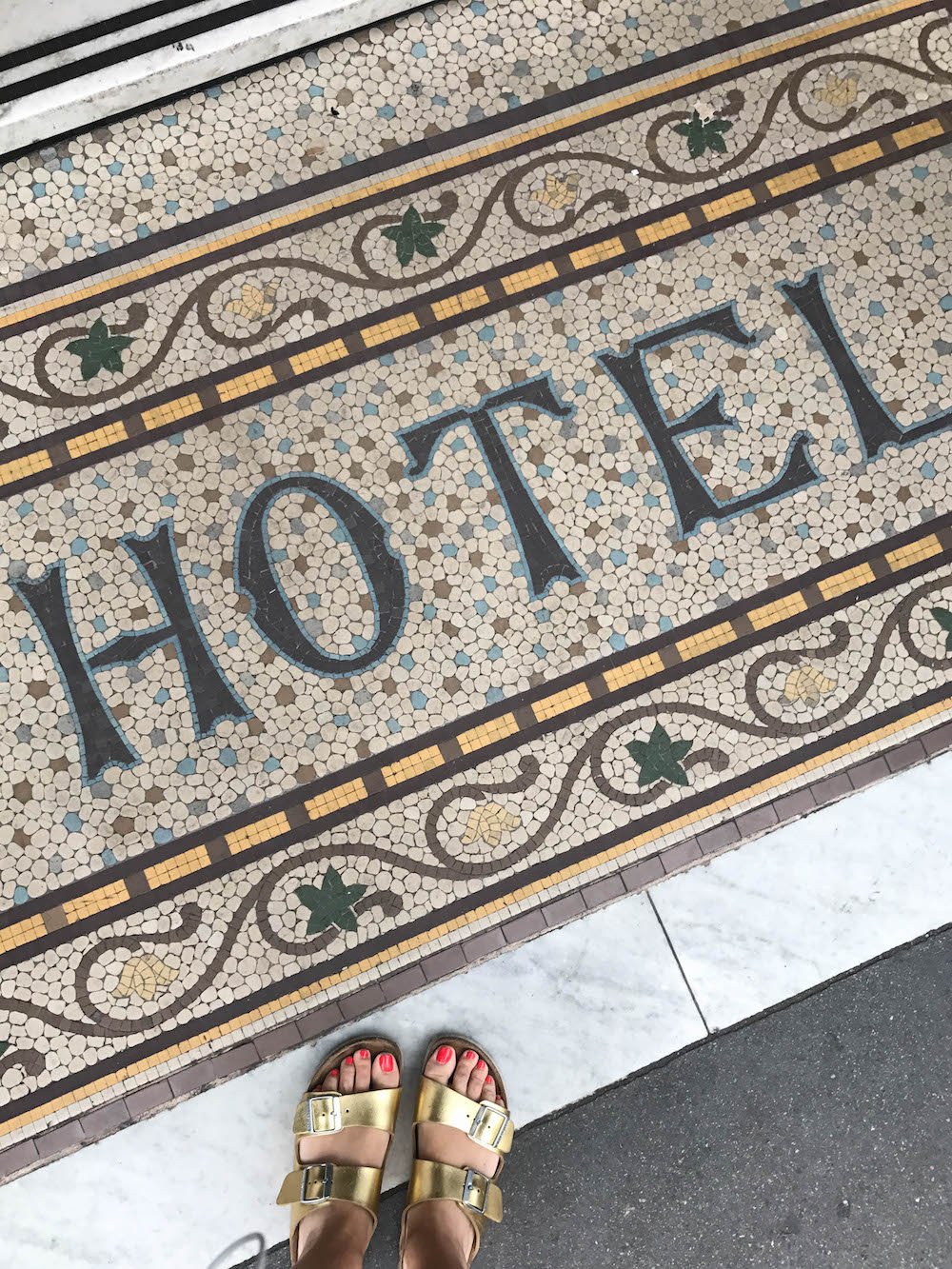 There are just 117 rooms in the hotel and each one is different from the next. I loved my room so much… green is my favorite color so I was right at home. How stunning is that wallpaper?

If you’re feeling particularly extravagant ;), book their largest suite: The Kipling Suite, (named for Rudyard Kipling, who wrote The Jungle Book during his stay in that very suite). 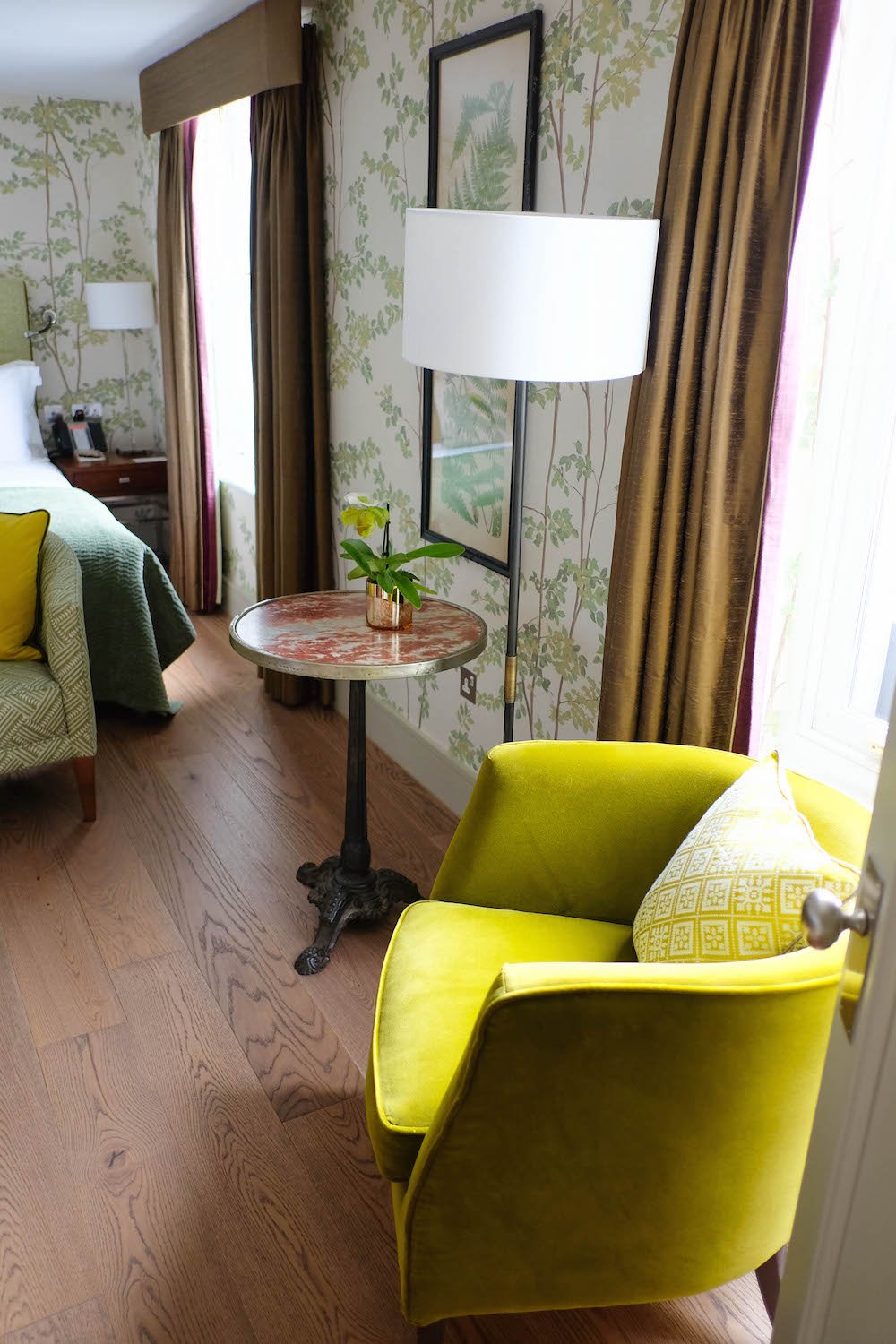 I am definitely going to add a pop of chartreuse to my apartment after staying here… so inspired!

For more London recommendations, check out my London Travel Guide! 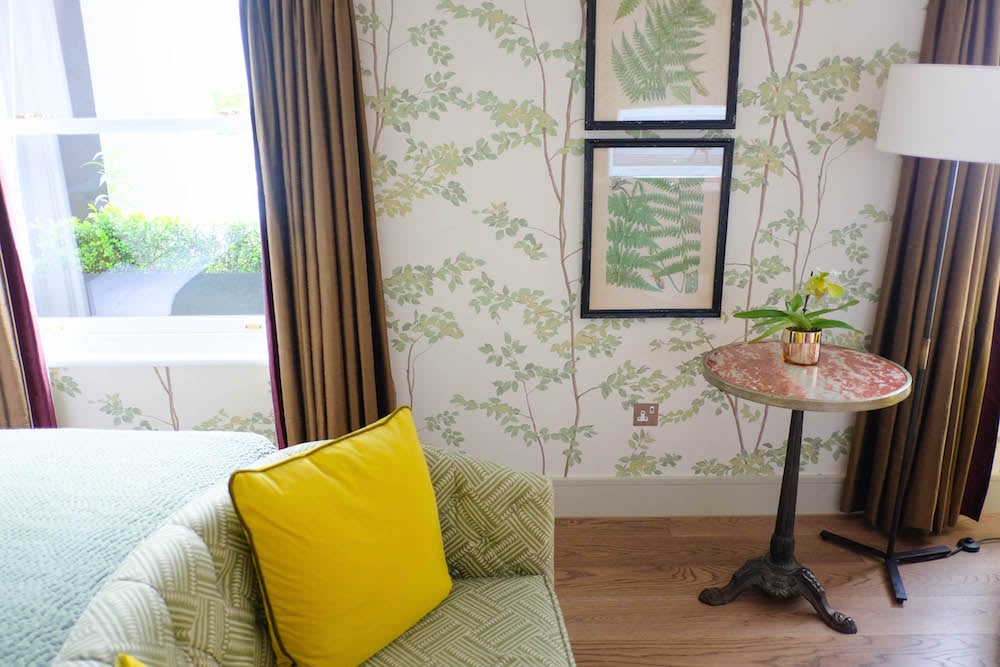