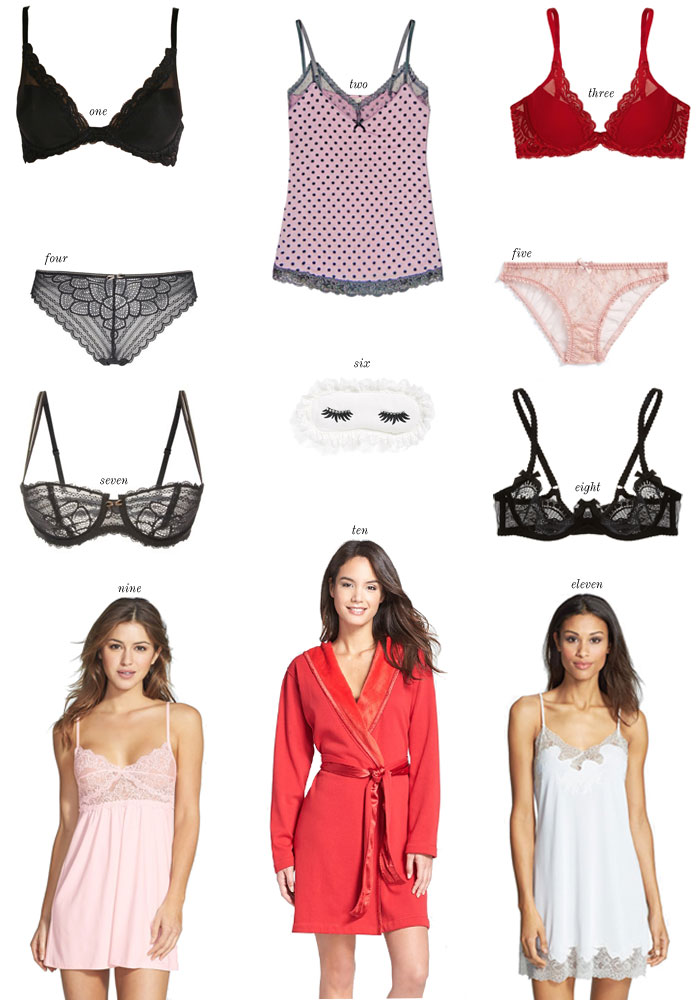 I’ve been working on a pretty massive closet cleanse. The challenge is to throw out anything that does not bring you joy, and well, when I got to my lingerie + pajama drawers, let’s just say… a lot of things had to go. Dingy t-shirts (I even threw out the old t-shirt I sleep in from college… I bought it when I was a freshman so it’s now fifteen years old!), nude bras that have turned gray (ew!), beat up (threadbare boxer shorts) and sloppy stretched out leggings. Yuck. I don’t know why sleeping in such ugly things is so comforting, but I’m vowing to break the habit!

So it’s time for a bit of an overhaul. I already have a lot of things I really love. I typically sleep in either boy shorts and a cotton tank, a nightshirt, or a pretty chemise. And for underwear, I’m pretty straightforward – I love, love, love Hanky Panky’s low rise thongs.

Also, you should know about this bra. It is truly the best bra I’ve ever bought. I already had it in nude + black (bought during Nordstrom’s Anniversary Sale upon recommendation from a friend) but recently purchased the pale blush pink + red. I’ve never gotten passionate about a bra before, but this one is IT. It never digs in, it’s supportive, seamless + lightweight… and it’s also just… really pretty. Do yourself a favor and treat yourself.. I promise you will absolutely love it! (The matching boy shorts are great, too!)

In the spirit of Valentine’s Day (and treating myself), here are some pretty little things I love.