Skip to content
The Stripe
Remember a few months ago when I announced UGG Australia’s fabulous Art & Sole Campaign?  I’m so excited to help to announce the winner… Buket Pamuk.
Says Pamuk (presently a design student in Turkey,) “When putting each puzzle piece together I imagined each child in our world coming together as one. I want to give off this idea that no child is alone and that we are all together”, said Pamuk. “My message in this design is that none of these children are hopeless.”  It sounds to me like the company did a fabulous job choosing its winner. 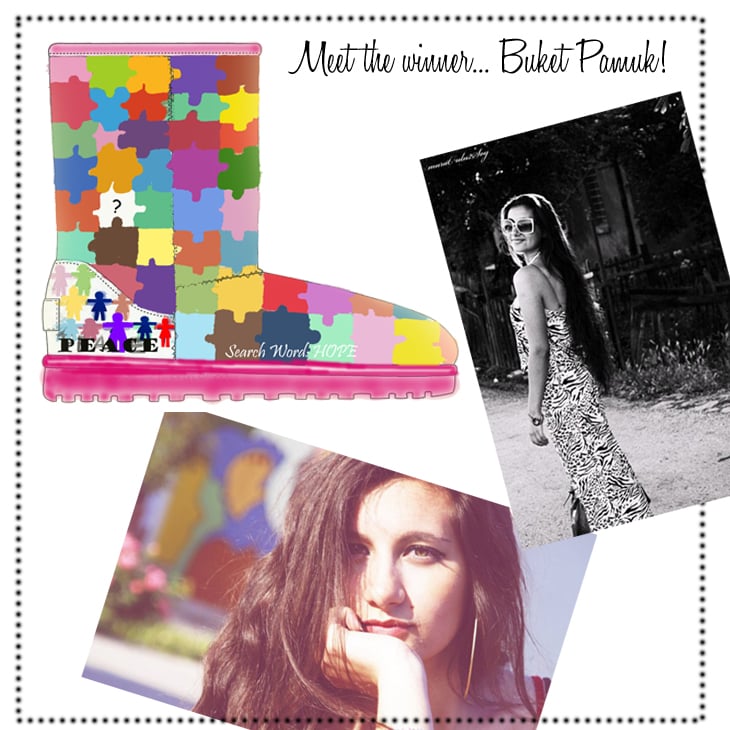 Now, the part you might be most excited for….  UGG Australia has generously offered to give away a free pair of boots to one of my readers!  (Any pair you’d like, from the Core Collection – up to a $400 value!)  To enter to win, just leave a comment below, telling me what you would have done with the $5,000 if you had won the contest.  For extra entries, follow me via Google Friend Connect or Bloglovin.  (Just leave a comment to let me know which one(s) you did.)  Ends Friday, 1/20/12 at midnight.  I’ll announce the winner via twitter over the weekend.

Disclosure:  This is a sponsored post.  The prize is being provided by UGG Australia.  All opinions are my own.