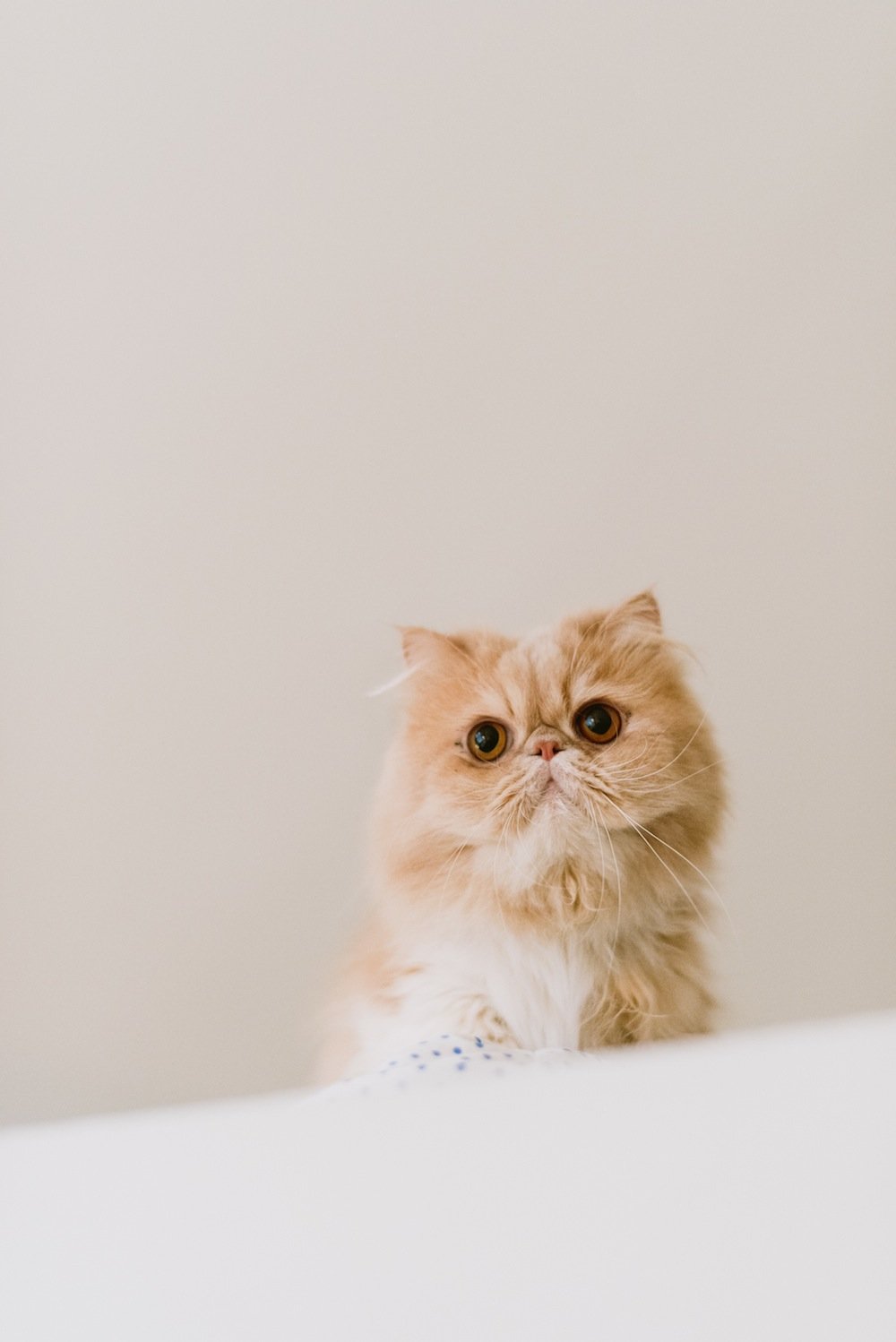 Today we are taking a page out of Oprah’s book and rounding up Tyrion’s favorite things! I can’t give you all a car but rest assured, Tyrion is sending you all a big snuggle from his post under the couch. Last time around I shared some photos of him at home… and why having a pet is just the best. Today, we are going to talk about his favorite things. He’s such a weird cat… (but aren’t all cats!?) but also.. the best. He is my best little pal and makes every day a little bit brighter, especially since I work from home.

ONE // Being up high. This is something we haven’t resolved in my new apartment yet as he really misses the loft bed. He loves to climb and be up high and a week ago he actually got up on top of my fridge (still trying to figure out how he did that!) When we lived in the city he spent most of the day up in the loft… napping, playing, basically lording over his minion (me). He loved climbing up and down the ladder and when he’d get wild would run up and down and up and down.

TWO // Sprints! Every night, without fail, he goes for a little run…. back and forth and back and forth… running from my bedroom, through the kitchen, and down onto the floor… as fast as he can. My favorite is when he slides, which happens a lot on the tile floor in the kitchen… he goes flying!!! 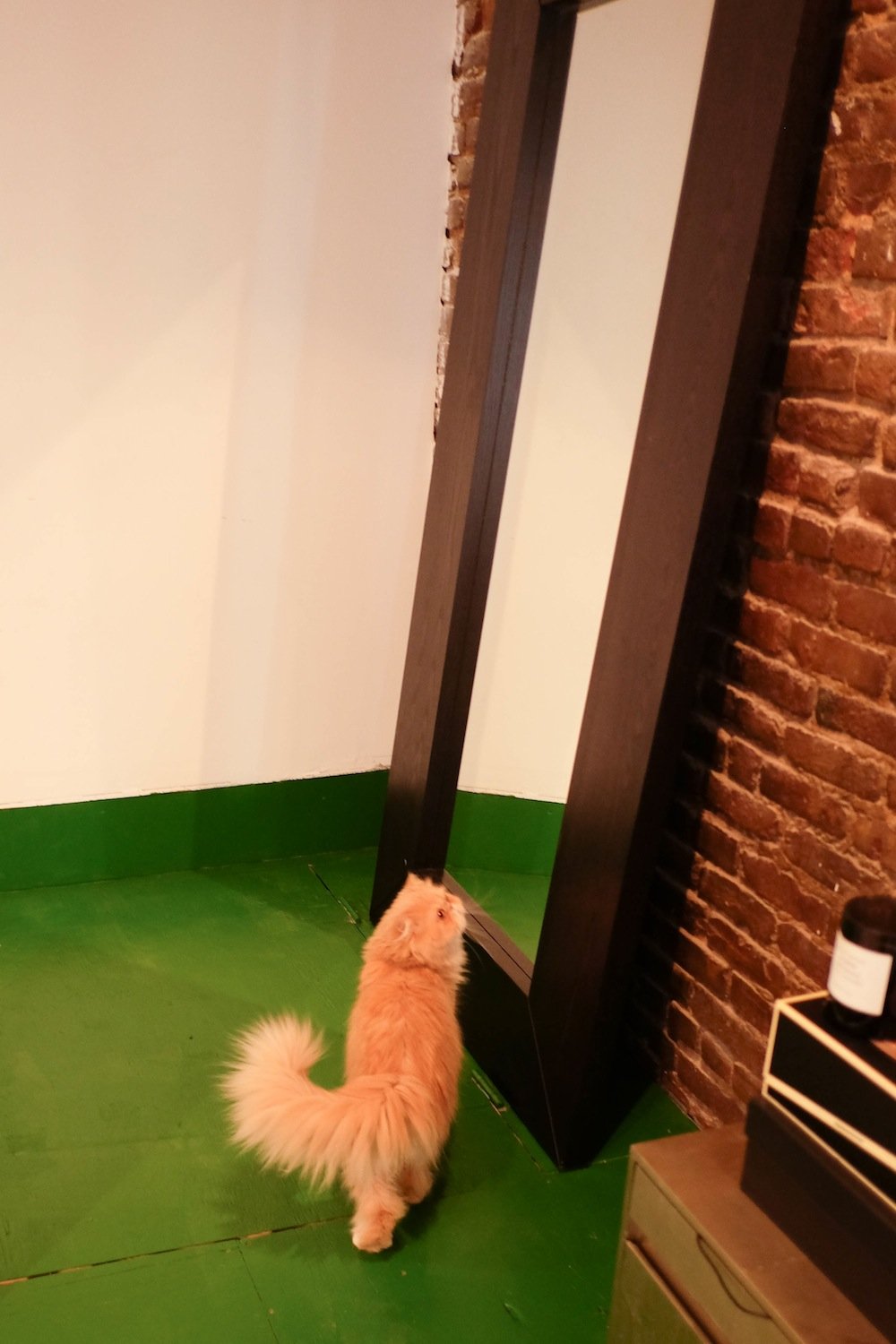 THREE // Mirrors! Since moving to Brooklyn, Tyrion has become a bit obsessed with his reflection. So vain! The mirror is nothing new, but he absolutely loves it. I frequently catch him staring at his own reflection and sometimes getting up on his back legs to get a better glance. It’s one of the cutest and most hilarious things. 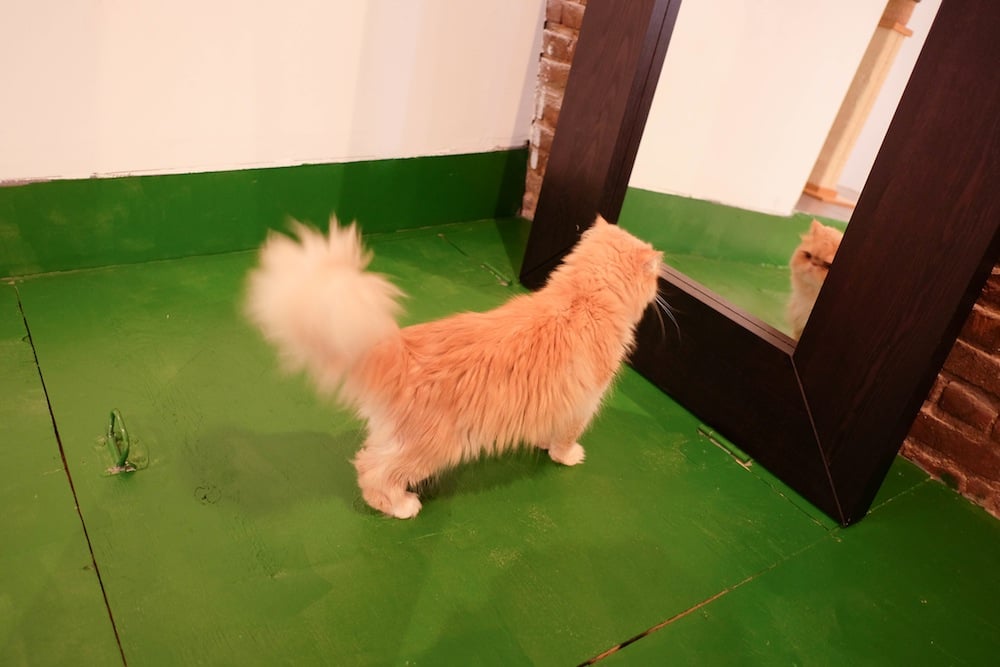 FOUR // Hiding. Tyrion loves to hide; and it’s something he really excels at. Behind the couch, in the closet, under the bed… he has found a few favorite spots in the new apartment. He is a total scaredy cat and anything (besides me) will make him hide… the UPS man, having friends over… all of it is just very scary! 😉 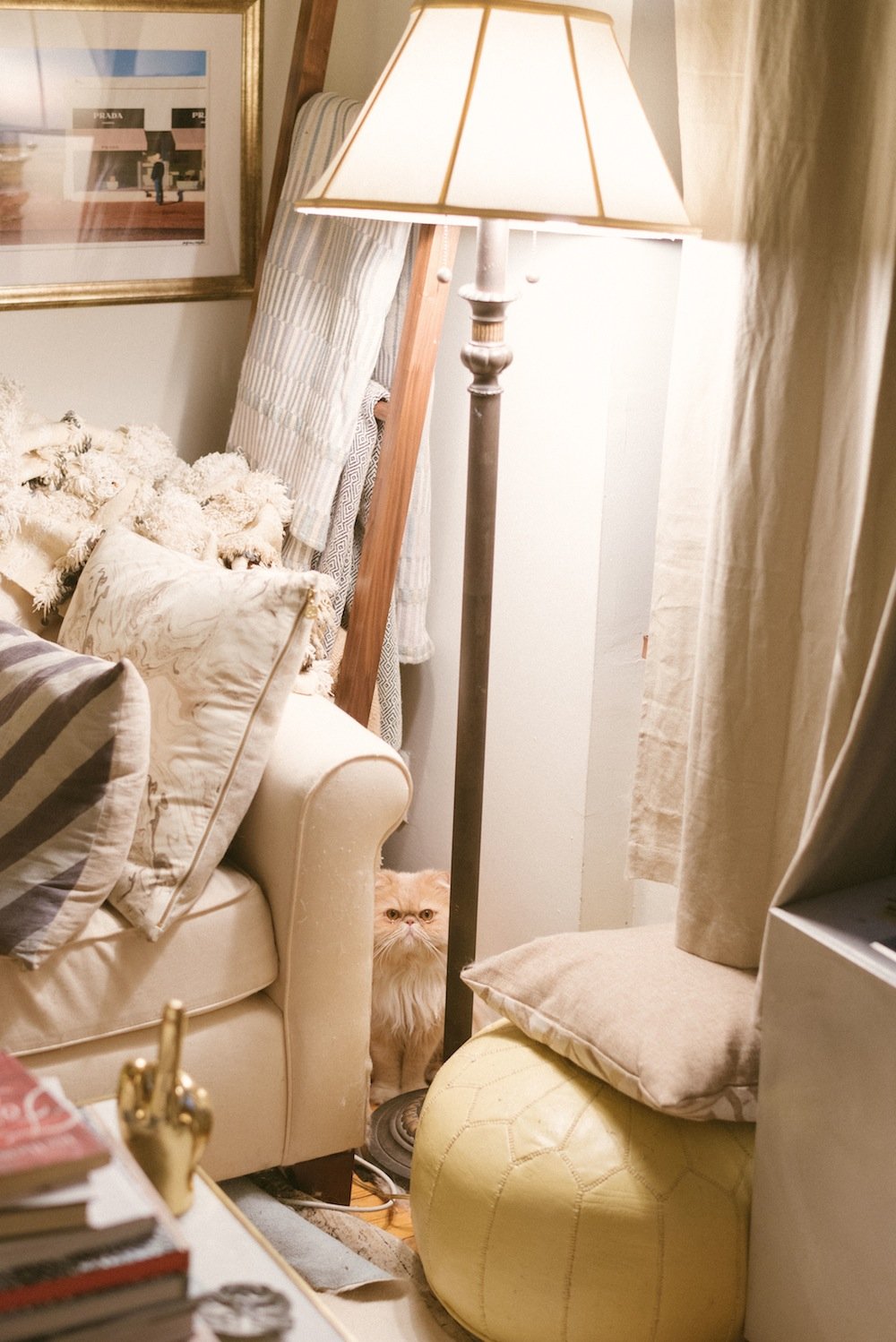 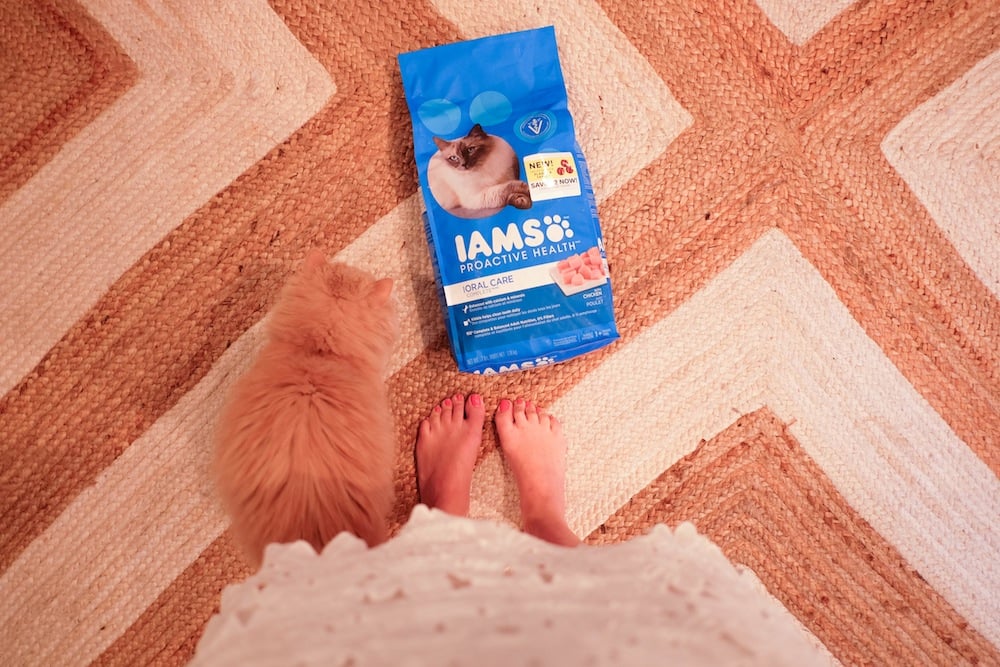 FIVE // Meal Time! For such a small cat, Tyrion has a big appetite. I mentioned a couple months ago that I transitioned him over to IAMS Oral Care Complete™. I’ve been feeding him IAMS™ since he was a baby) and he really loves it. It’s great for his teeth (and breath, haha) and is designed to combat cats #1 health issue (did you know that oral care is the #1 health issue facing cats? I didn’t until partnering up with IAMS™!) It has ideal calcium and mineral levels to keep his teeth and gums happy and the kibble itself is larger and crunchier. And best of all, he loves his food so I never have trouble getting him to eat! 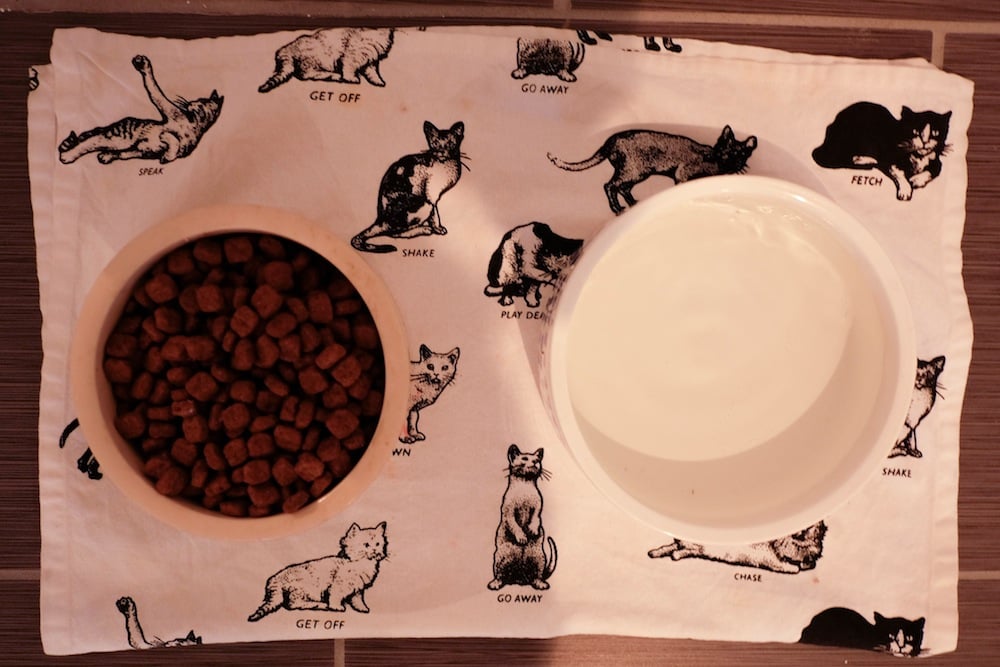 SIX // His Wire Toy. Tyrion LOVES his wire toy. Loves it. It’s such a funny, inexpensive little toy but it is his absolute favorite-favorite. He goes completely wild for it. It’s just a piece of wire with these little cardboard things on it, but it has provided him with endless hours of entertainment. Best $2.99 ever. 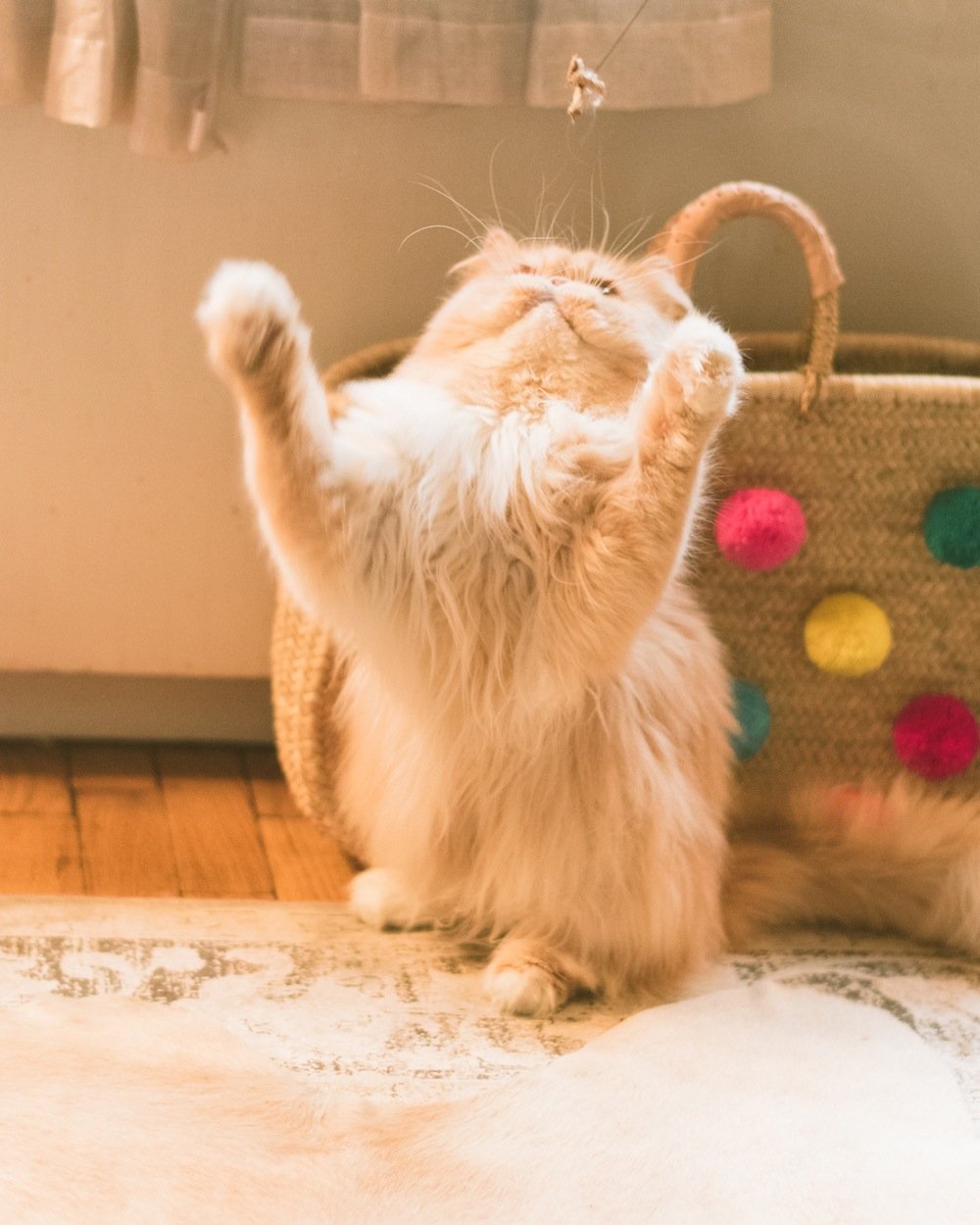 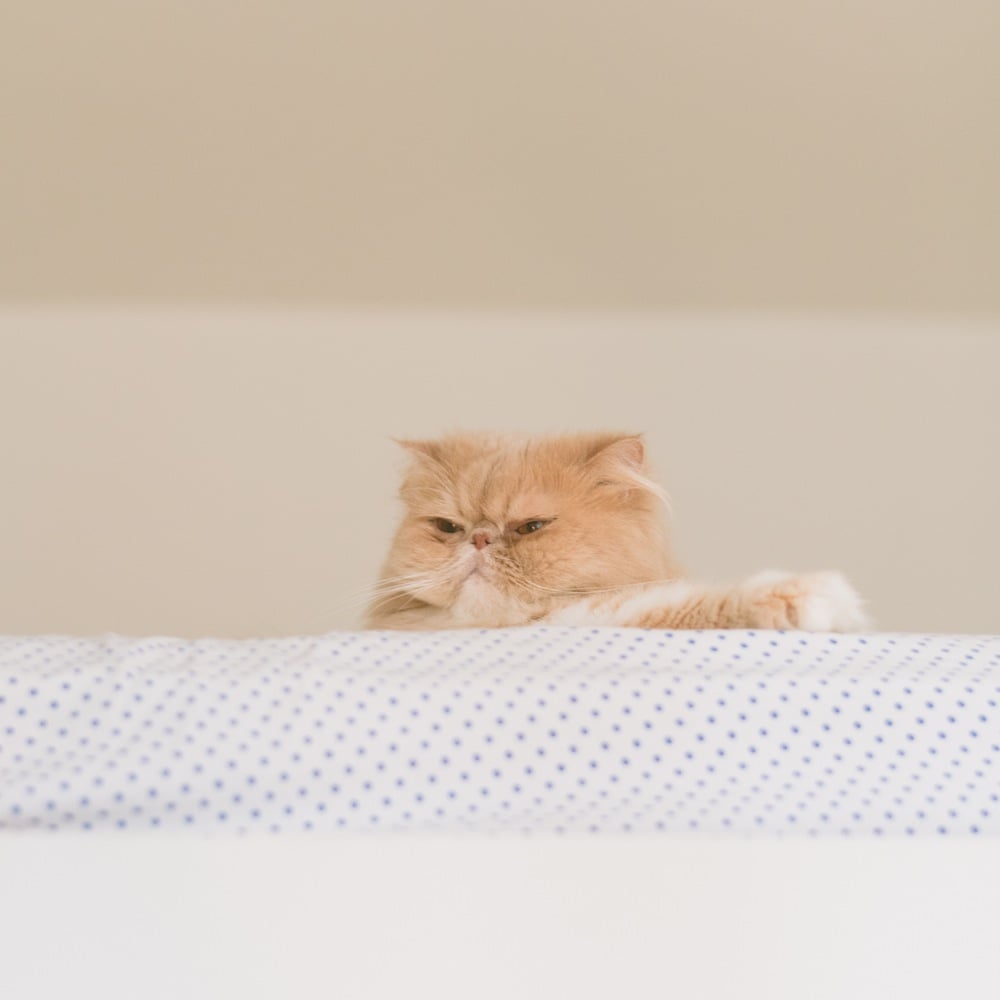 Created in partnership with IAMS.