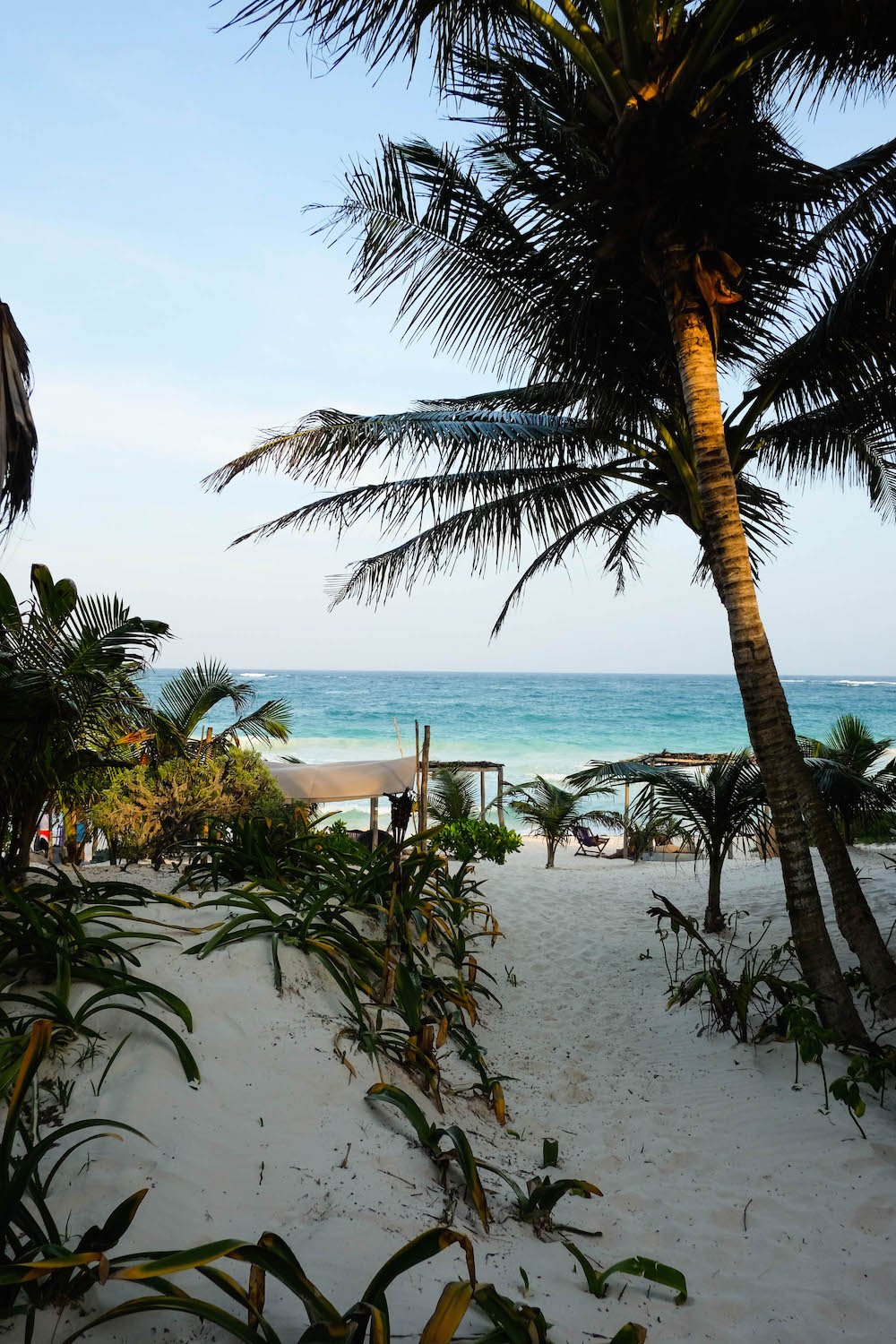 I’ve said it before but Tulum is my happy place. My first time visiting was 2.5 years ago, after a pretty bad breakup. I arrived heartbroken and came home in a better place. I then went back six months later (two years ago) with one of my best friends. It had been two years since my last trip, and I had thought about it every day since.

On a whim, I booked a last minute trip, going for four days. In a perfect world, I would have gone for longer, but I often find myself feeling restless after more than 3 or 4 days on the beach. I’ve now written several posts about Tulum, but I wanted to pull together one proper travel guide.

Things to know Before You Go: 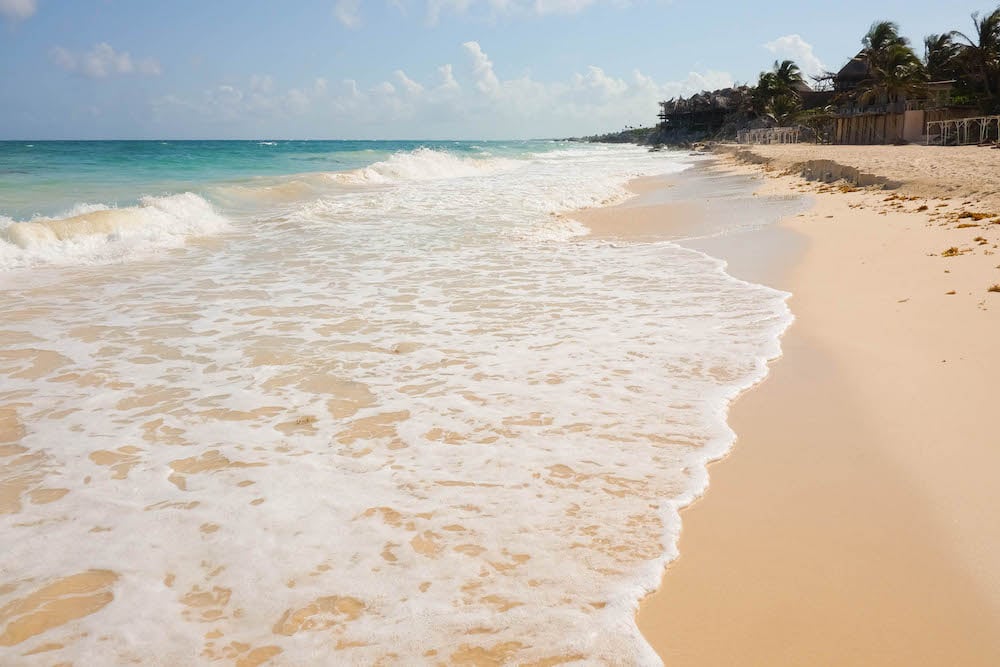 What to Bring (and Not Bring):

Keep it minimal! Flip flops, sneakers, swimsuits, coverups… easy dresses at night. And bug spray! (But if you forget it, go to Coqui Coqui and buy theirs. It smells incredible!) Also, loads of sunscreen (I use SPF 50 when I’m down here – the sun is strong!) Also, a small flash light – it gets dark at night! Don’t bring: heels (even wedges… there are so many rocky/uneven surfaces), makeup (okay mayyyybe waterproof mascara and lip balm), or anything valuable. It’s such a casual place – leave your nice jewelry and bags and things home!!! 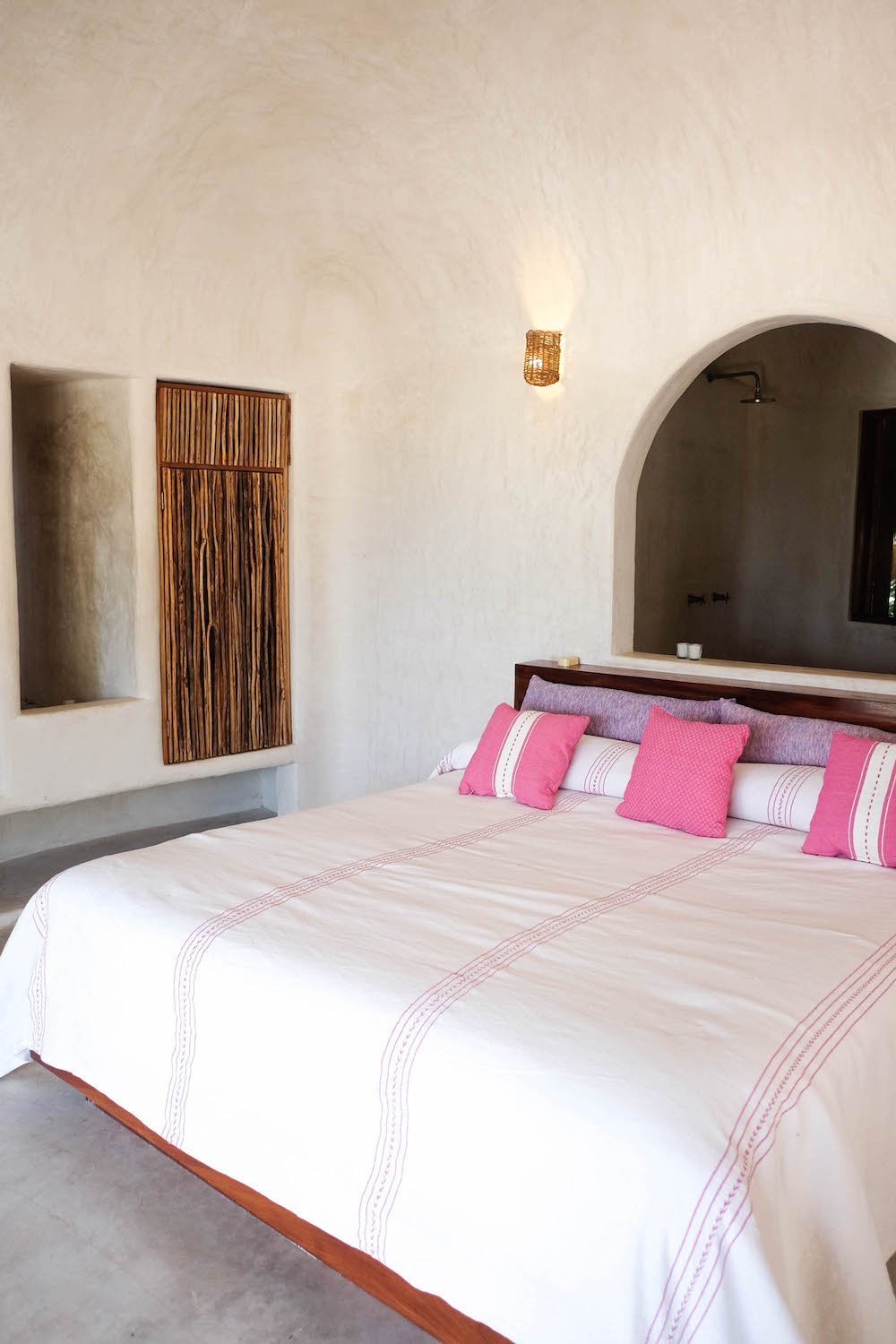 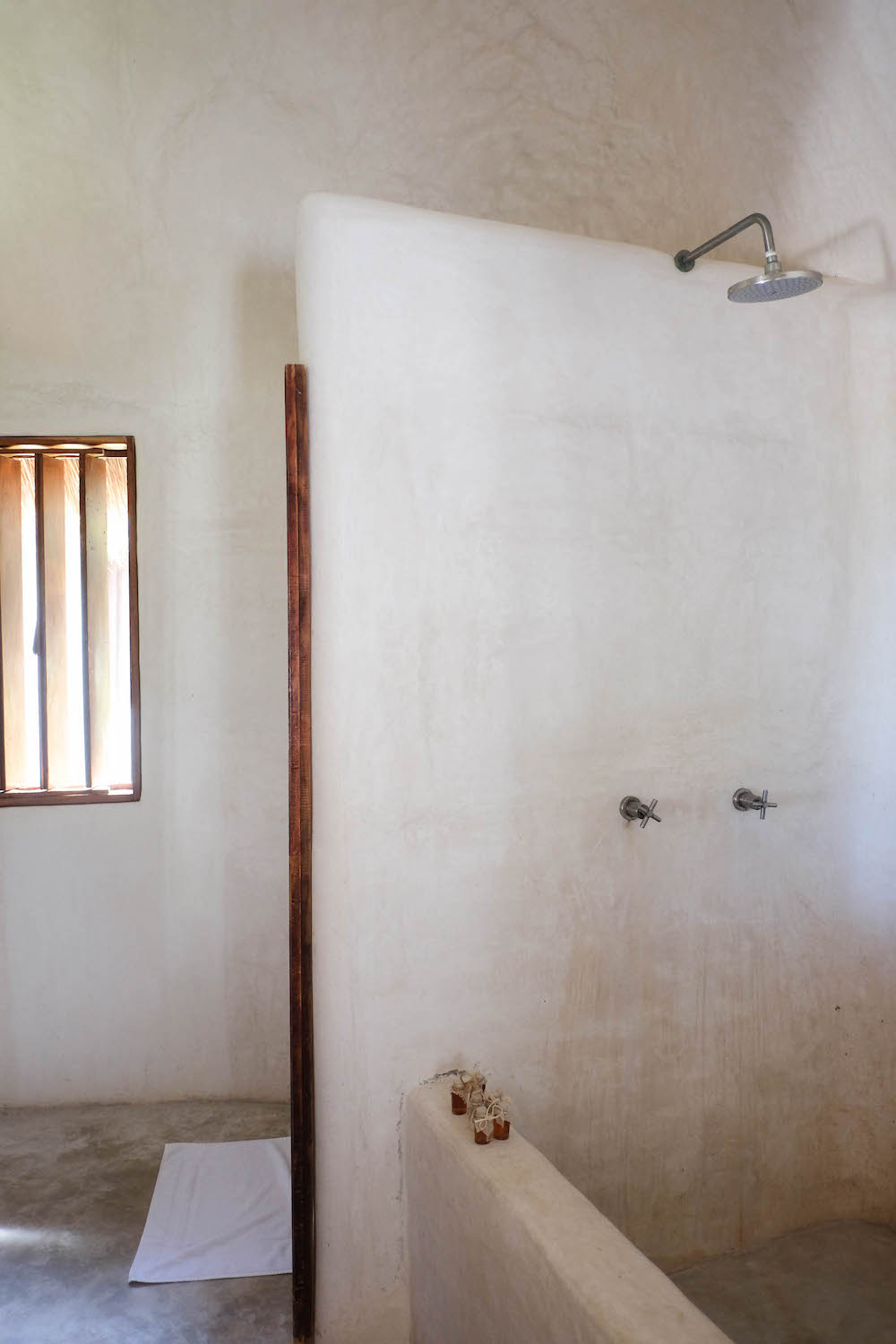 The first time I visited Tulum, I stayed at the Coqui Coqui. It’s a magical place. Alas, the rooms are rather expensive (they start at just over $400 per night), and they only have eight rooms on the property. If you can get a room (and afford it), it’s really special. They have an incredible spa, and also a perfumerie. Net-a-Porter now sells their perfumes but every time I visit I stock up. Coco Coco is my absolute favorite, and their black candles are amazing.

The Papaya Playa Project is (pictured above) where I usually stay. It’s not for everyone. It’s super rustic, but so so beautiful. The rooms are minimal – there is electricity in that you have lights and (literally) one power outlet, which they ask that you only use for your laptop or phone. The first time around, I stayed in one of their standard rooms on the water. This time, I rented a cabana as the regular rooms were all booked. It was a little bit more expensive (don’t quote me on this but the standard rooms are around $199 a night and the cabanas are around $300ish.) It was totally worth the extra money. I will let the photos do the talking but I had a giant king sized bed and a little patio that opened up right over the water. Pure magic. I also had my own little private day bed down by the water.

I have never stayed at Be Tulum (it’s very expensive) but I have heard amazing things. I went for lunch and to be honest didn’t love it (it may have been an off day, but it was a little bit too sceney for my liking) but it’s completely gorgeous. And two of my girlfriends just came back from staying at Nomade  (pictured below) and they both said it was completely incredible. I wandered around one day and loved the aesthetic. 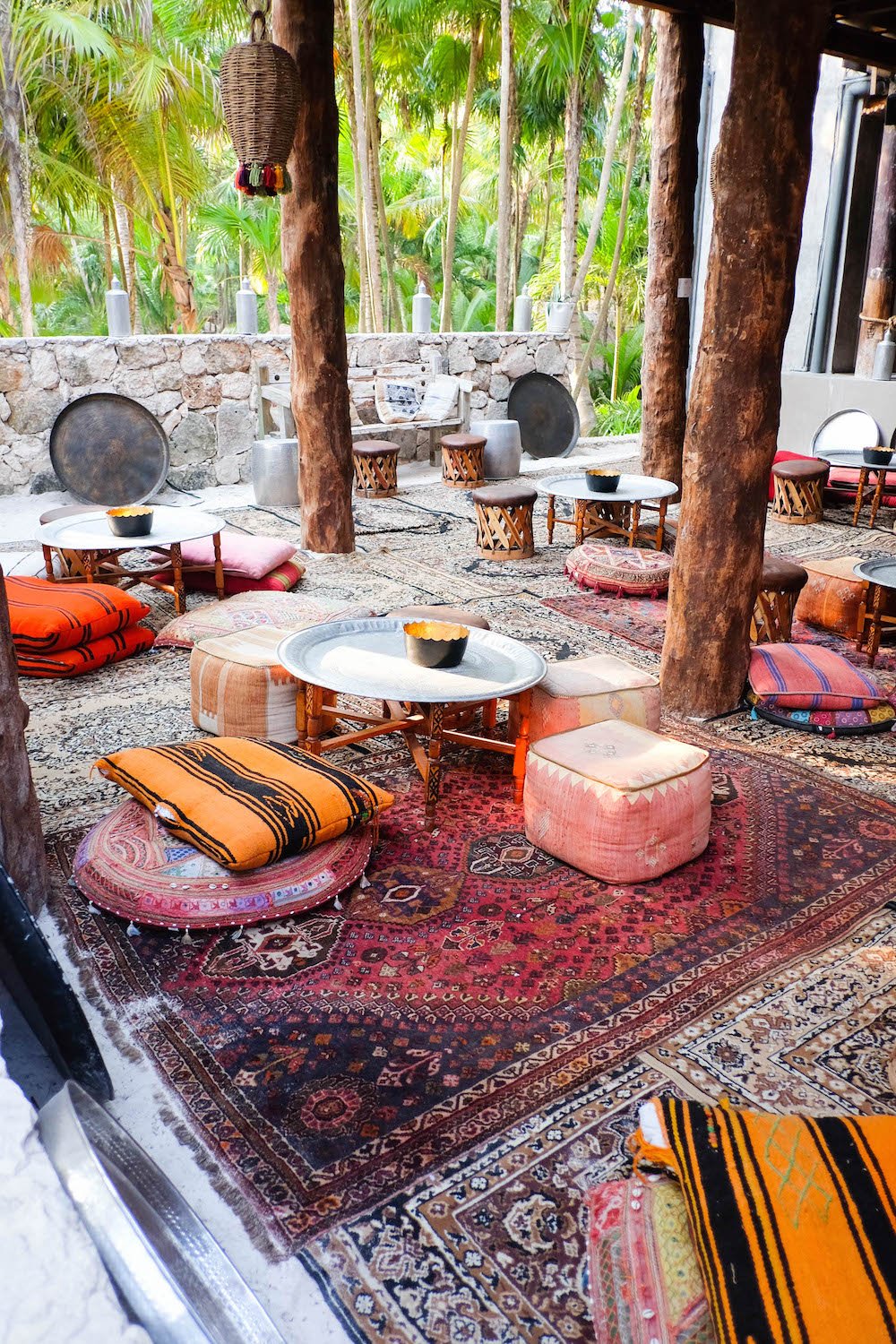 PS – I took a stab at recreating Casa Banana’s Passionfruit Margarita… you can find the recipe here!

Casa Banana is one of my favorites. I go every time I visit Tulum, if only for their passion fruit margarita, which is one of the best drinks I’ve had… ever, ever… in my entire life.

Hartwood is pretty much impossible to get into, but it is very good. If you want to go, you really need to show up at 3pm and add your name to the waiting list. This trip, I managed to get in (it’s easier when you’re alone) and while the food was very good, I wouldn’t say it warrants the waiting list. Generally, the only way to get in is to go at 3pm and put your name in with the hostess. They have this amazing passionfruit/rum cocktail that I still dream about. I probably won’t make any friends saying this, but I think it’s a little overrated.

Kitchen Table is my favorite food in Tulum. Oddly, when I went, it was pretty quiet… though I have a sneaking suspicion that will change. It’s in the opposite direction as all of the more popular restaurants, which helps, but the food is seriously seriously good. I had the ahi tuna steak and it was incredible. I’m not really a dessert person but I ordered the salted caramel mousse and nearly passed out because it was so good! They only opened up a few months ago, so they’re still flying under the radar… a bit. My friend Danielle had the octopus and swears it’s the best thing she’s ever eaten.

Posada Margherita is an anomaly, because it will probably be some of the best fresh pasta you eat in your life… in Mexico. I did not go this trip, but it is a favorite of mine. From a pure vanity standpoint though, I would suggest going on your last night. The pasta doesn’t do the bikini body any favors. 😉 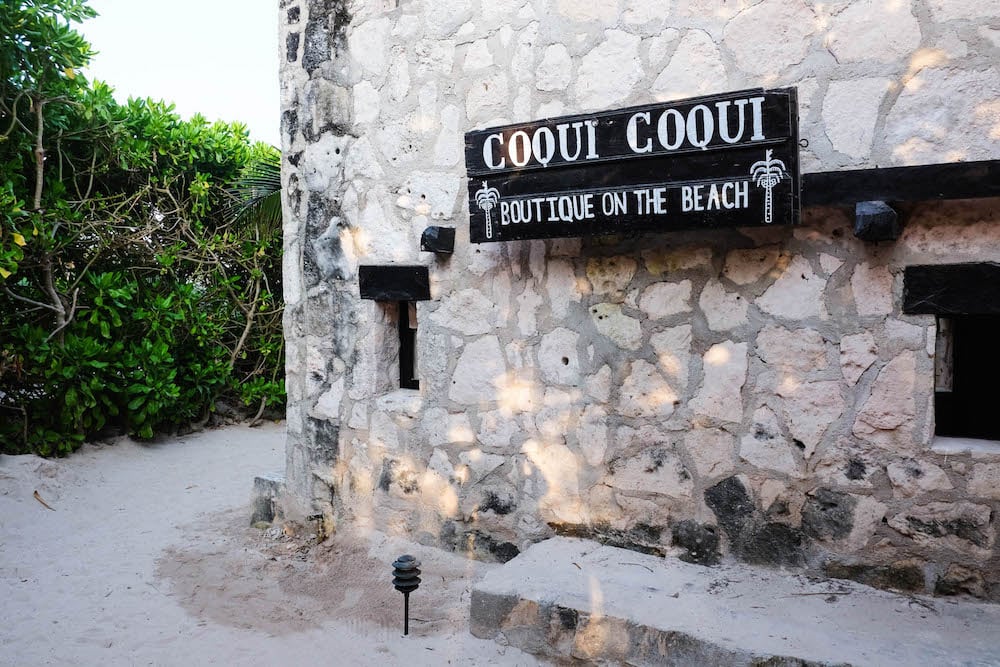 I don’t tend to shop a lot when in Tulum (There are some really beautiful clothing boutiques but I find most of it to be really expensive + overpriced!) but there are two exceptions. The first is Coqui Coqui (I am obsessed with their perfumes… I’ve been wearing Coco Coco for years and picked up Orange Blossom this trip). They also have the most wonderful candles. The first time I visited Tulum, it was in October. Everyone in my family got a candle that year. For those of you asking about the scents… Coco Coco smells just like the beach, but better. A mix of coconut, sunscreen, salt, and musk. I wear the EDP but I also love the bath oil… I use it as a body oil all over my legs and arms in the summer. It’s the perfect summer scent. And Orange Blossom is your standard orange blossom fragrance (though not as sweet) but makes me nostalgic as it’s also the signature scent of the hotel (the whole property smells of it). It’s the hotel’s best-seller.

The second place I really recommend is Josa Tulum. It’s right across the street from the Coqui Coqui. They have the most incredible coverups. The quality is really nice and they fit so well and have this magical ability as they fit everyone! I have bought one every time I visit and now have three. A sheer yellow and white short caftan, a long cobalt blue jersey gown, and a short white cotton kimono. For the month of April 2016, Josa is running a promotion… take 15% off their online shop with code CELEBRATE.

(Note that you can shop both of these brands online… Net-a-Porter carries Coqui Coqui products here, and Josa Tulum sells online.) 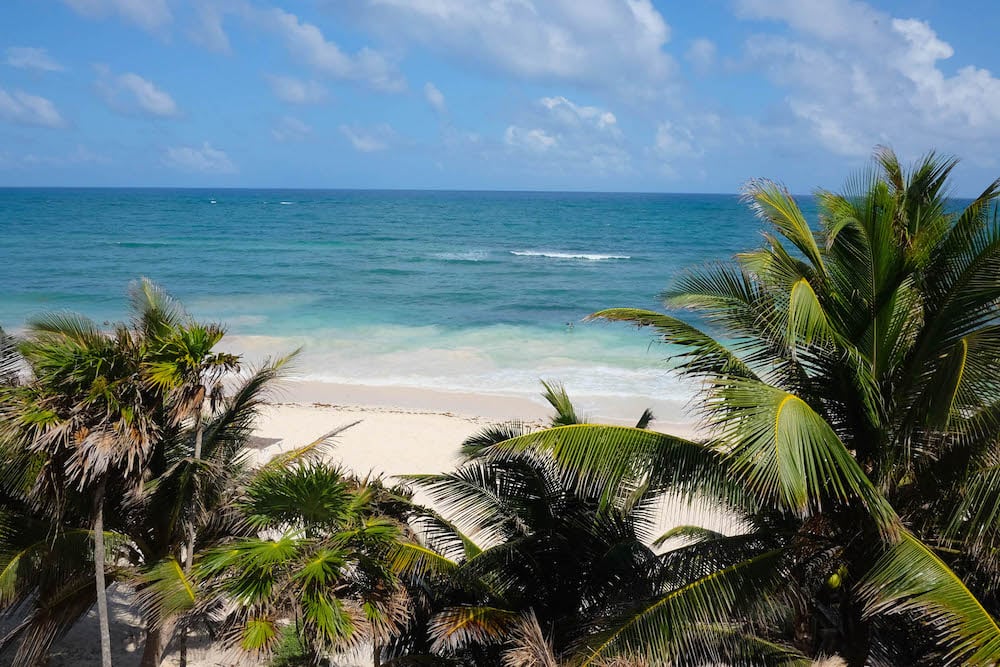 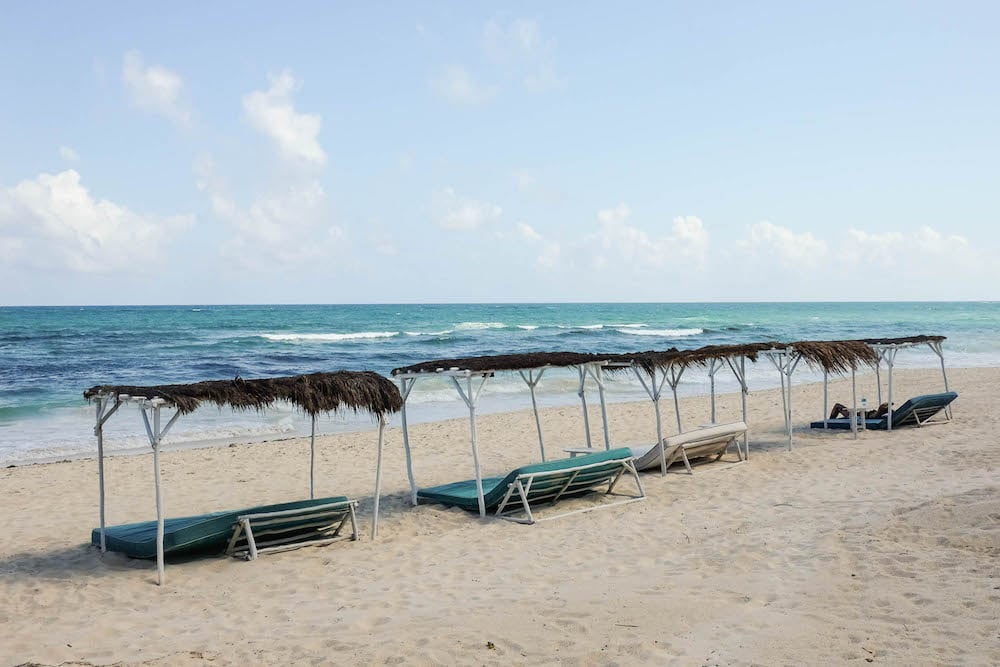 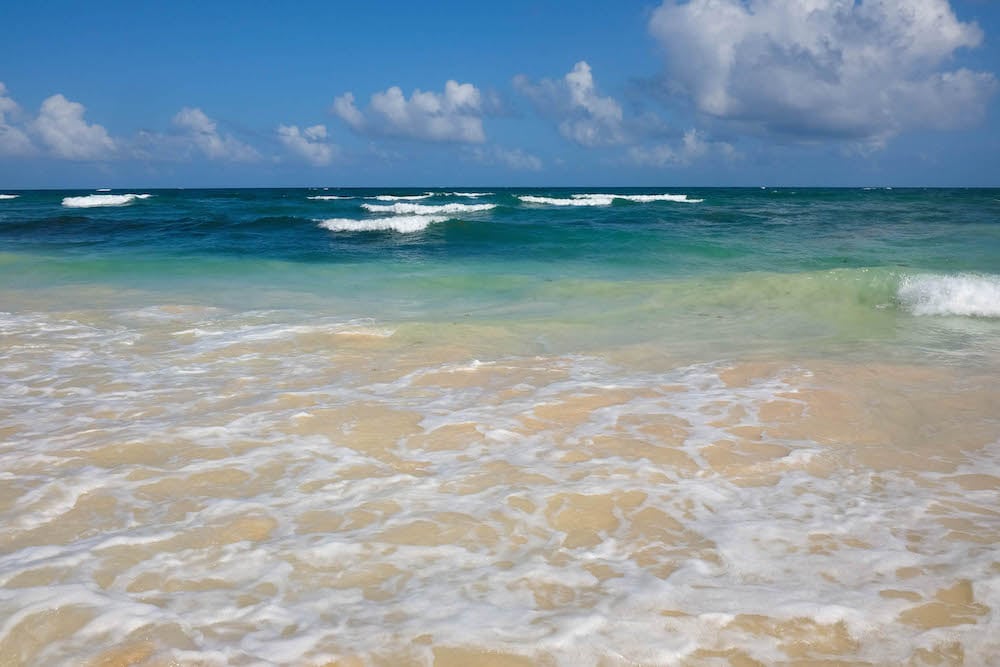 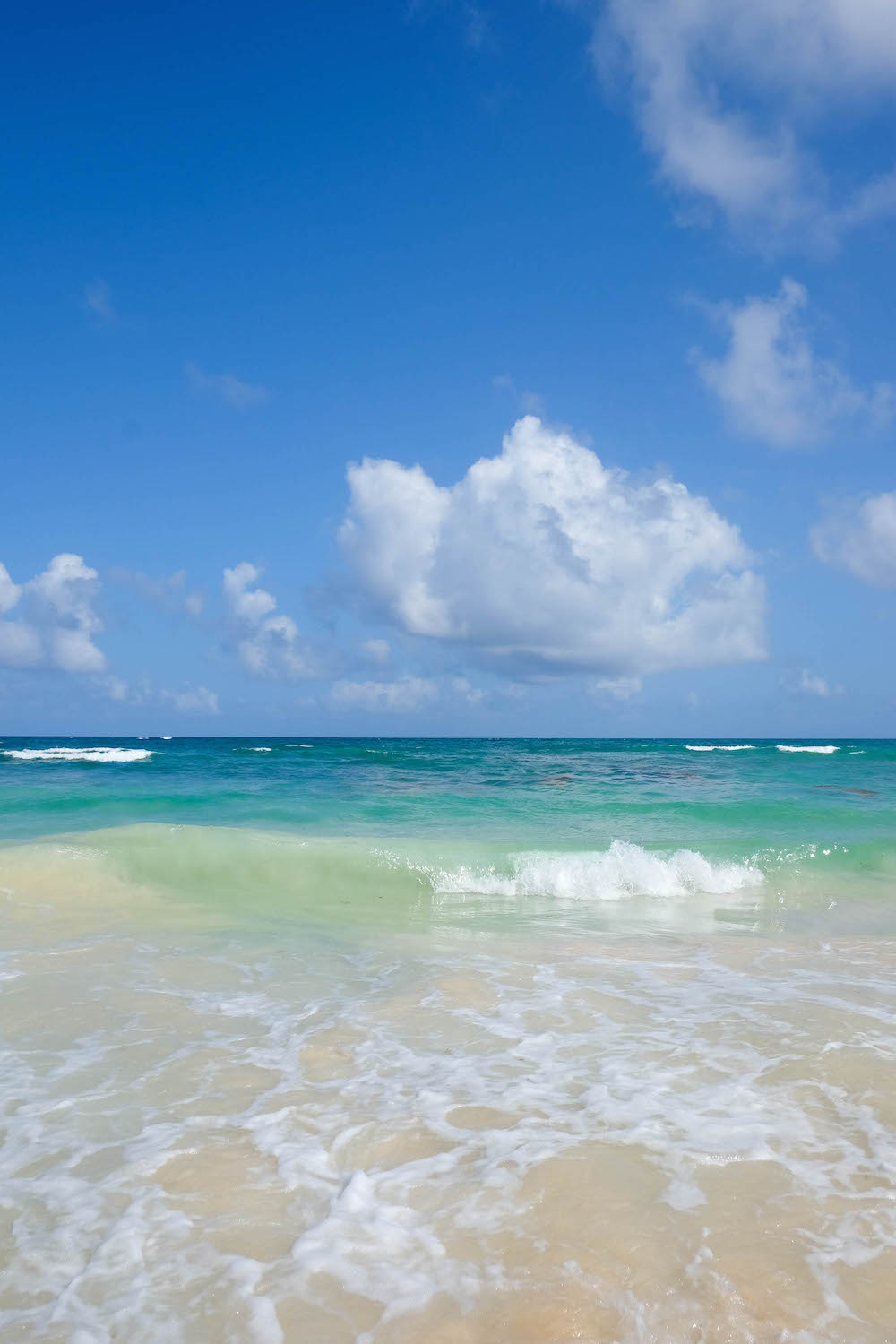 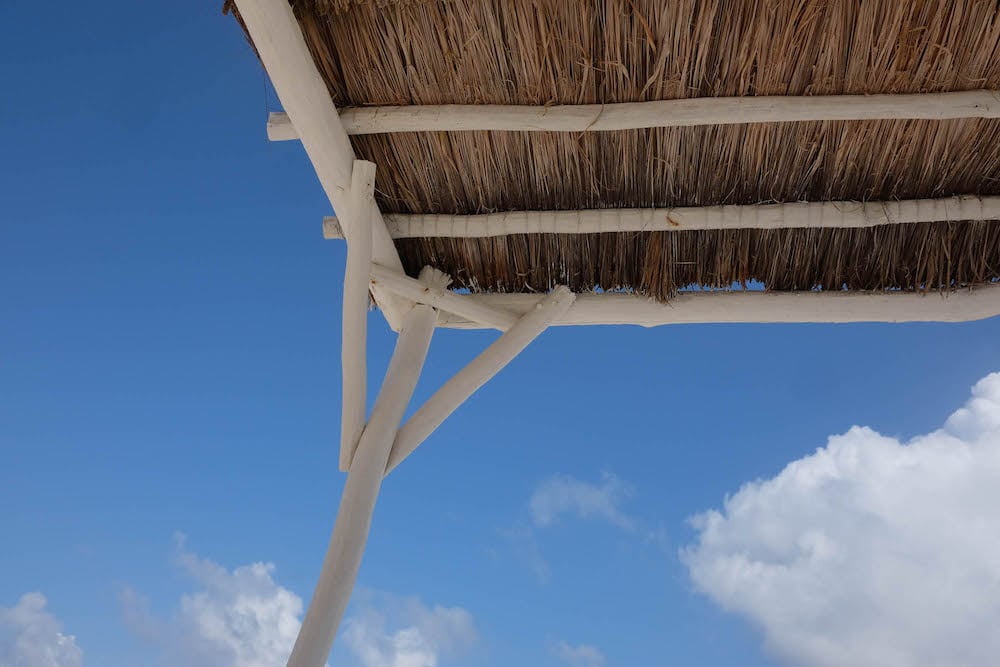 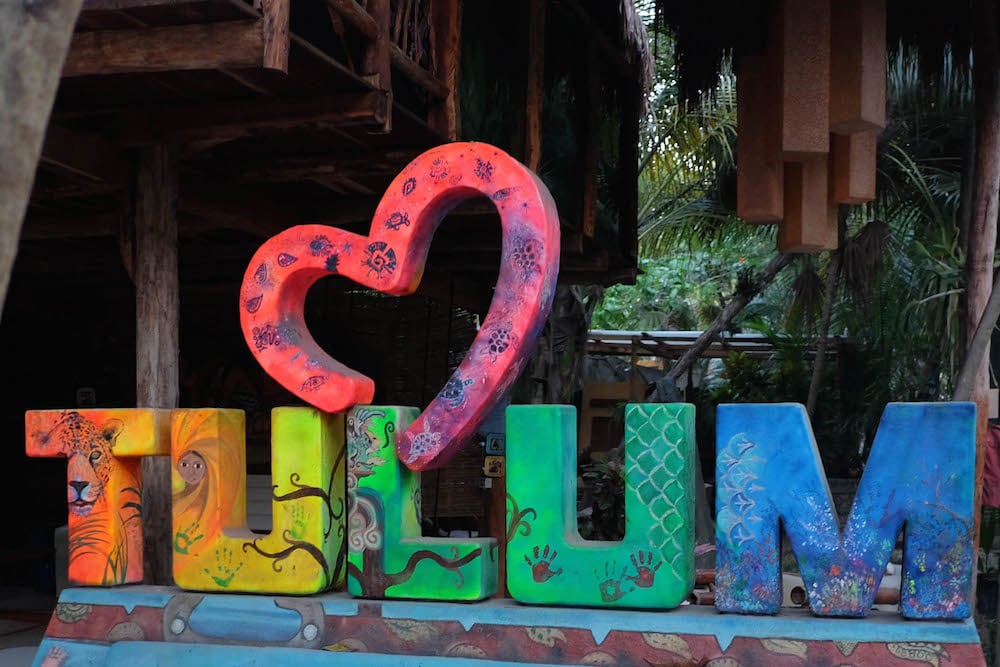 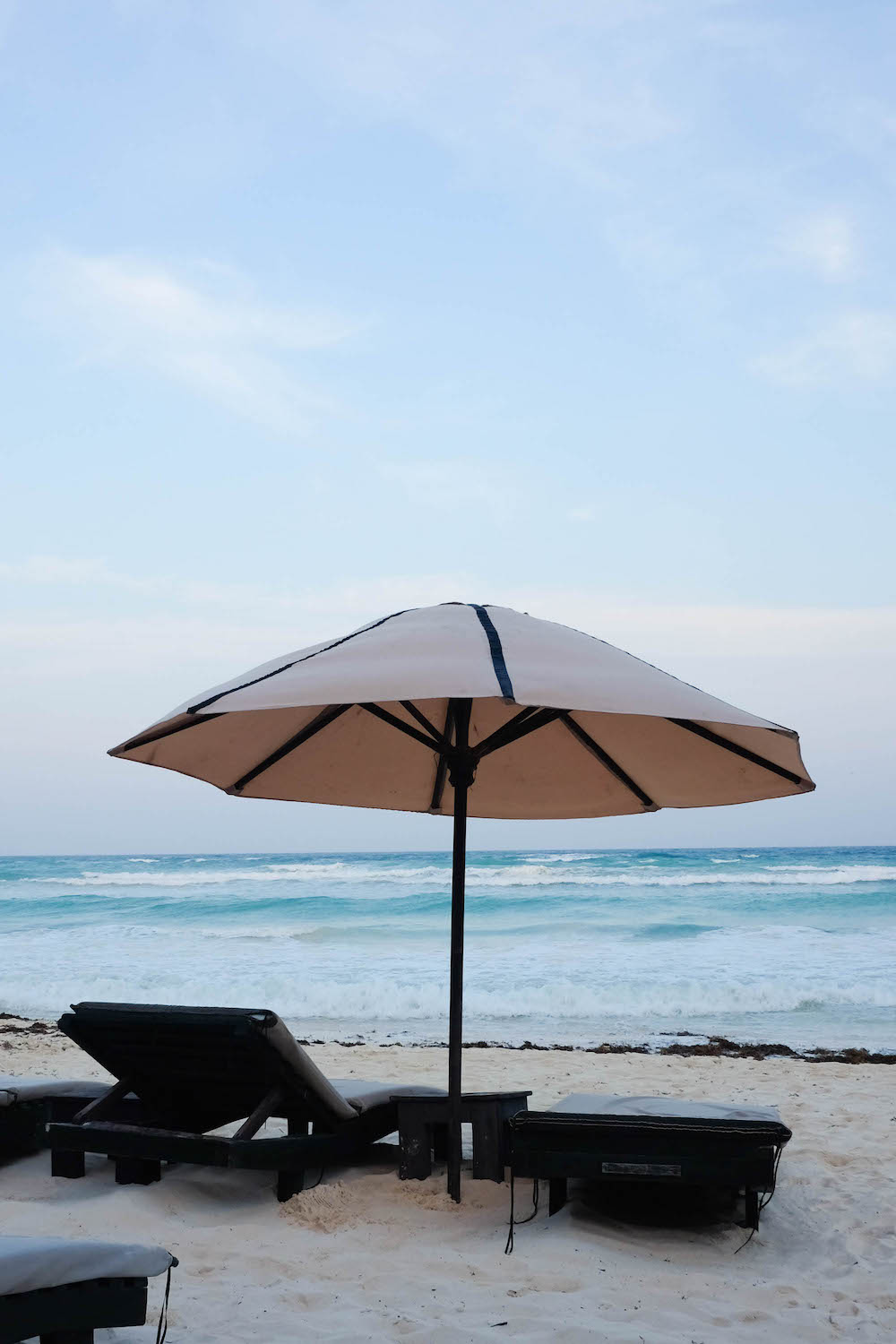 One of my favorite memories of 2021 was my trip to

They're HERE!!!! My @chappywrap blankets launched

ONE MORE SLEEP ♥️ So, so extremely excited for

Indoor cat goes to the waterfall. 🐱♥️ I l