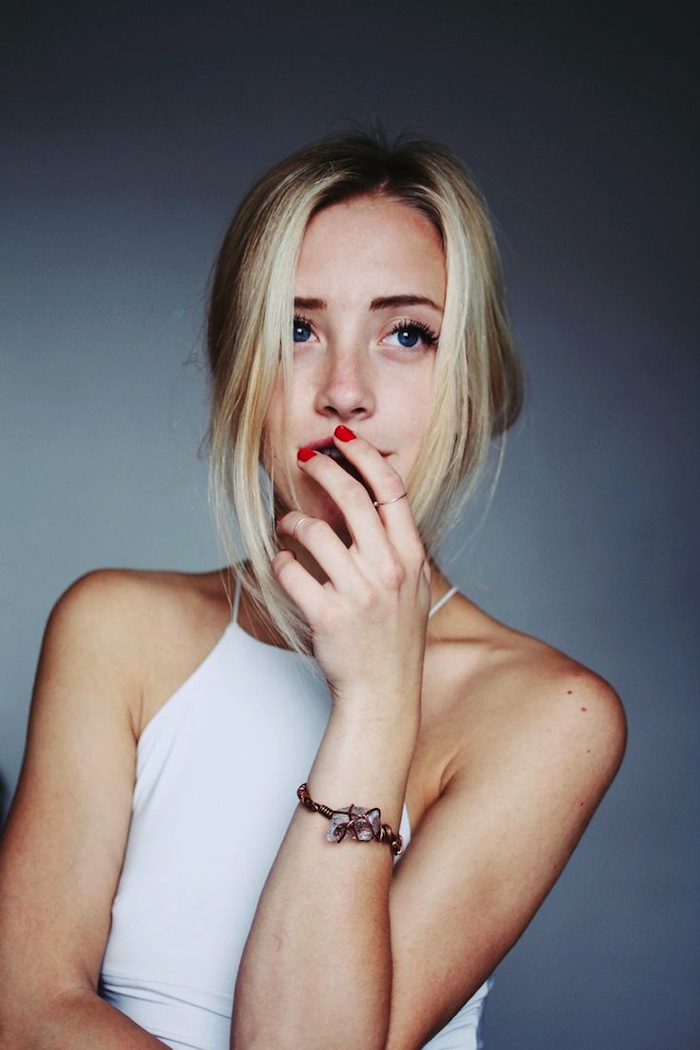 Do you ever find yourself feeling guilty about silly, stupid things? This is something that’s been on my mind all weekend long (mostly because I’ve been sick which gives you a lot… too much… time to think!)

I started to think about guilt because I was on the phone with my mother yesterday and I confessed to her that I had gotten a cleaning lady. It was only after I had said the words that I realized how guilty I felt about it. Deciding to get a cleaning lady was for some reason, a huge decision for me. When my ex and I lived together, we had a cleaning lady that came every. single. week…  but when I moved into my little studio, I decided that was not something I wanted to pay for… and that I should be able to keep such a small space clean on my own.

Alas, after a few months of regular travel and working long hours, my space was a disaster. So dusty. Tidy… but incredibly dirty. I’d broken my vacuum and hadn’t managed to get it fixed yet… and Tyrion’s fur was everywhere. And so I finally took the plunge and did it. In hindsight, as guilty as I felt about it, doing it was one of the best things I’ve done. No more dust, no more fur, and that amazing pine smell when you walk through the door. But still, I felt (and still feel) very guilty about it.

I’m not sure which thing I felt worse about… that I was paying someone to do something that I should be able to do myself… that I was being that “frivolous” with my money, or maybe it was admitting defeat… that I couldn’t do everything. I can’t really pinpoint it but I think it was a mix of spending the money and feeling ashamed by how messy my apartment had gotten… mostly, I think it was admitting defeat. I think also, that this time of year brings out the worst in me. For me, November/December is when everything goes into overdrive… the day job, the blog, and just life… and I expect perfection from myself… but usually have so much to do that achieving perfection would probably be impossible.

And then there’s the money thing. More guilt. In theory, given my income and what I’ll spend on other things ($35 Soul Cycle classes come to mind), spending $50 every two weeks to have someone get my apartment ship shape really is not the end of the world. But for some reason it felt like a huge deal. So then, after feeling really guilty about the cleaning lady, I moved on to feeling (really) guilty about my spending priorities. Guilty about my apartment, about paying someone to do my dirty work, and guilt about how I spend my money. I say this, having socked away a bunch of money this year and paid off all of my debt. These two facts are irrelevant, but more to point out that while I do still feel really guilty, in the scheme of things I have actually been pretty responsible this year. But still.. guilt.

The guilty list list could go on: other things I felt really bad about this week include but are not limited to: missing work on Friday (but only because I was really sick.) I always feel horrible about myself anytime I miss work or leave early, even if I’m too sick to function. I know it’s messed up, but I will sit at my desk trying to work until it’s time to go home, no matter how rotten I feel. Also: Bagels. I feel guilty about bagels. Always. I know they are nothing but empty carbs but can’t resist them…. inevitably, I find myself reaching for one every Monday (at BaubleBar, this is a weekly tradition… a massive order from Murray’s arrives like clockwork around 9:30am) And magazines. I subscribe to nearly all of them and often find myself recycling them without having had time to read them (I’ve started canceling subscriptions.) Also, while we’re on paper and being wasteful… Christmas cards. Try as I might… I’ve only sent 23 thus far… which wouldn’t be bad, except I ordered 100! They are going to be really late if I don’t get my sh*t together this week.

So there you have it. That’s my guilty list. As for how I deal with it? The best solution that I’ve found thus far is to talk to myself the same way that I would talk to a friend. If a friend were to say everything I just said, I’d probably think she was a little bit crazy. (For the record, I also think that I am a little bit crazy. I don’t feel guilty about that, for the record.) I know in my heart that a lot of the things I feel guilty about are actually very silly. I also know that guilt is not a productive emotion. All you can do in life is the very best you can. This month, my schedule has gone something like… 7am workout class — home to get ready and answer emails — work from 9:30-7, nap from 7:30-8:30, blog/answer emails til midnight or 1am. So if spending $100 this month (two cleaning lady sessions) is going to make me a little more sane, why not? And if I manage to work out four or five times a week, why not enjoy the weekly bagel and just eat healthy for the rest of the day? Cancel the magazine subscriptions, write a few Christmas cards every night. As long as you’re making progress and making a genuine effort at fixing the things you can fix, that’s really all you can do (I think?) Keeping perspective helps as well. If some of my Christmas cards arrive after Christmas, who really cares? No one (at least that I’m sending cards to) is judging… they’re just happy to get a card. So there you have it. Though even after writing this, I still do feel a little bit guilty.

This was a long, rambling post… but I’m curious if any of you guys feel the same and find yourself feeling guilty about big things and little things… and more importantly.. what you do about it. No one is perfect and we all have our things… but sometimes sharing these things really helps. Knowing you aren’t alone in your crazy really helps.