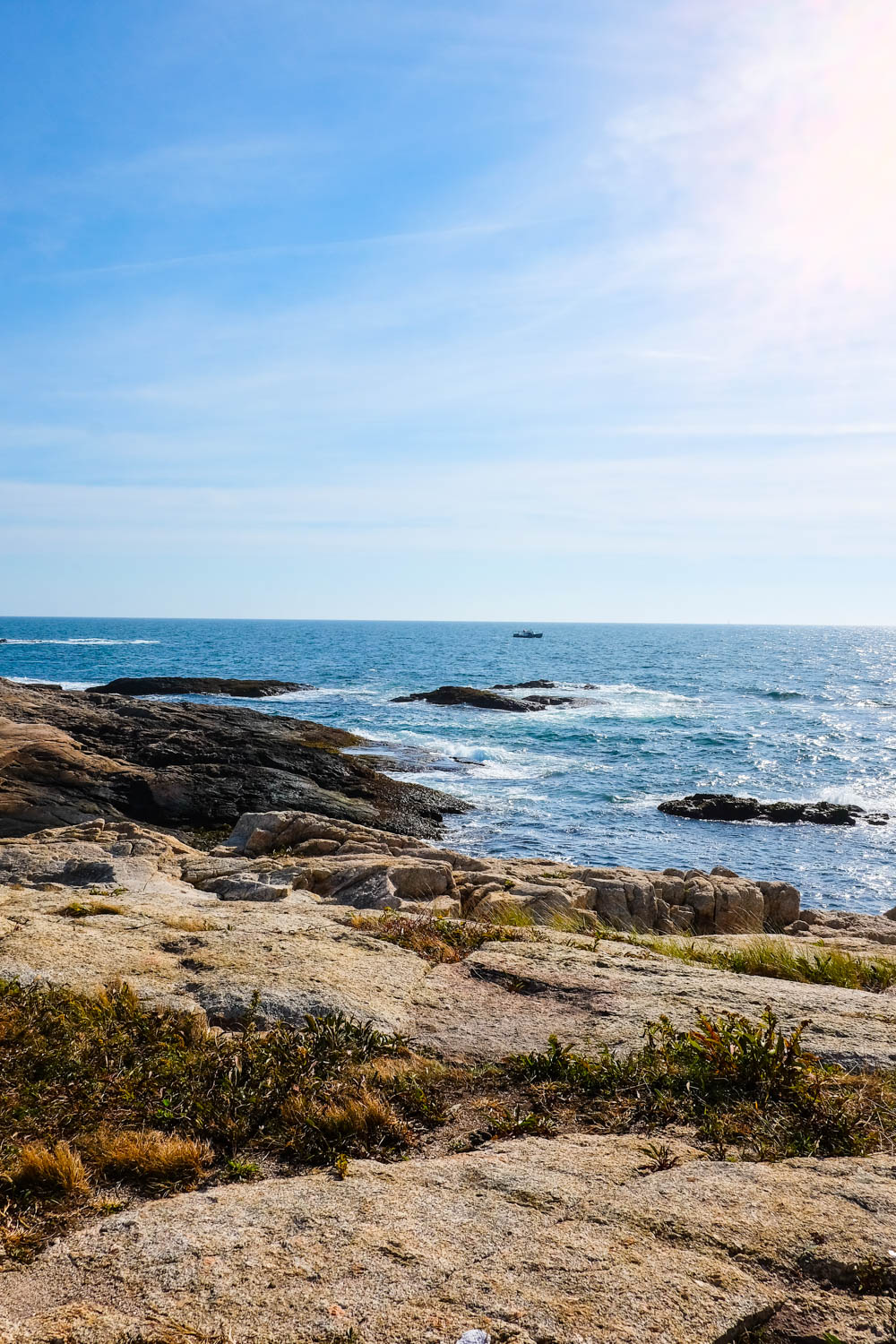 I’m kind of at a loss with today’s post about Newport, Rhode Island. It was just so incredible.

Last week, The Chanler invited a group of us (Jess, Billie, Abigail & Emily)  for a two night stay. They planned a jam packed itinerary of site-seeing, sipping, and eating… and I jumped at the opportunity to go. Having grown up on Cape Cod and lived in Boston and New York, it’s a pretty popular place to visit. Over the years I’ve had a handful of friends get married there (and lots of bachelorette/girls weekends in between). But I didn’t really understand the hype and why so many of my friends are so enamored with it until this trip. Let’s just say I totally get it now.

If I could describe The Chanler in one word, it would be splendor. No details go untouched. From the Molten Brown toiletries in the bathrooms to the gilded wallpaper and sumptuous bedding (I’ve never slept better and am still dreaming about the sheets I slept on) it’s all just so luxe. You really feel as if you are staying in a mansion. It’s located (and the only hotel) right on the Cliff Walk with the rest of the mansions, and it’s probably one of the most lavish places I’ve ever stayed. 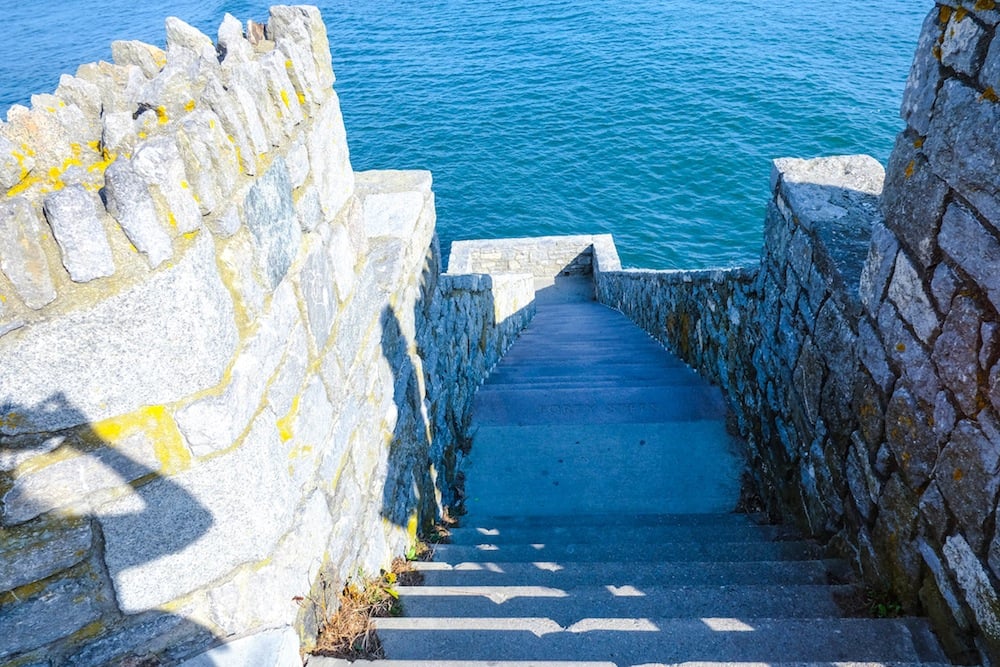 We took the train from Penn Station to Kingston, RI. From there, the hotel has a pickup service and came and grabbed us. The Chanler is just 30 minutes away from Kingston. 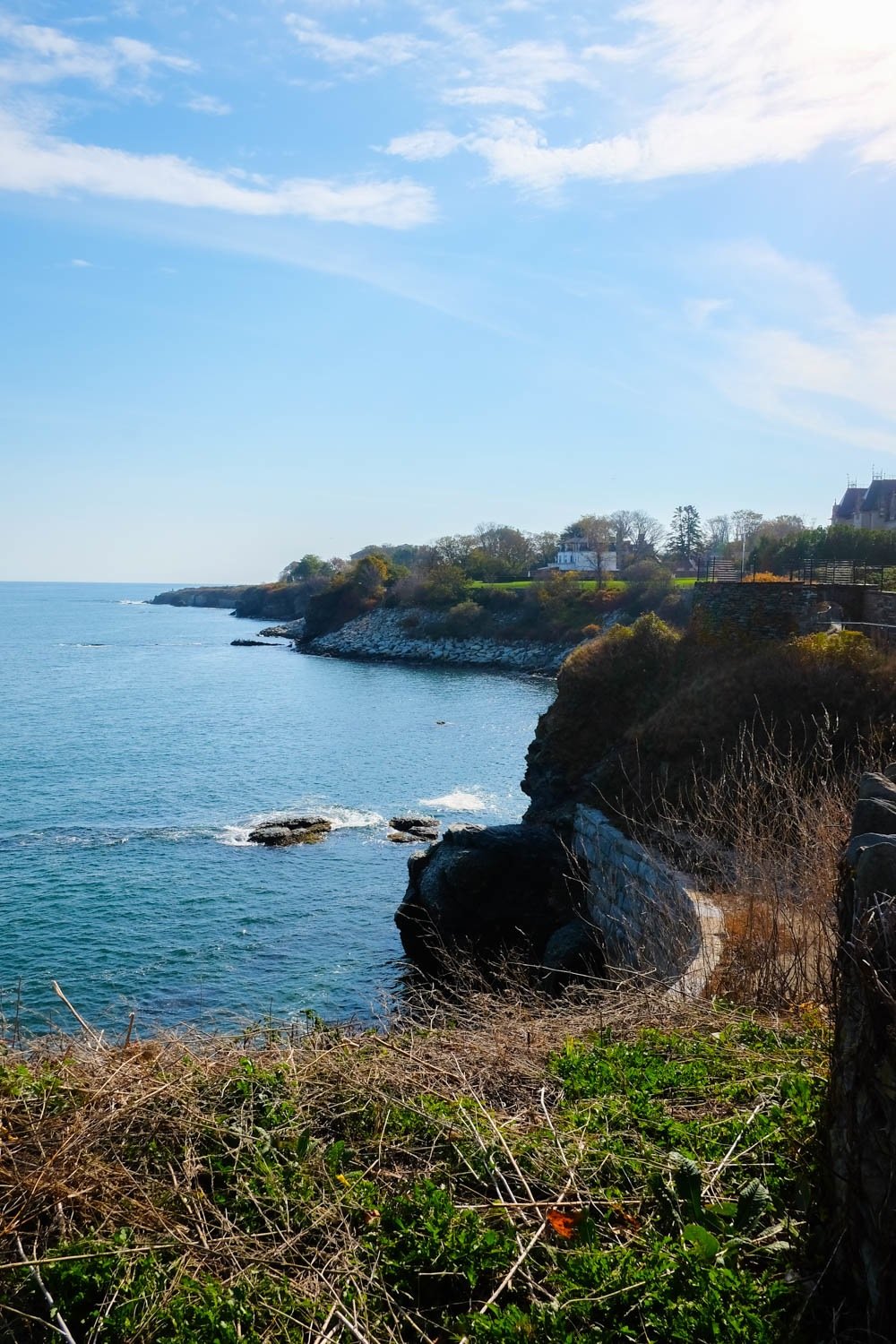 We checked in and ate a big lunch at The Chanler’s restaurant, The Spiced Pear. And from there, it was off to do a little bit of sight-seeing. We walked along the Cliff Walk until we hit The Breakers Mansion, where we took a guided (audio) tour. The Cliff Walk is breathtakingly beautiful. That’s where all of these photos were taken. Seriously, every time you turn, you want to take a photo. It probably took us longer than it should have to get over to The Breakers as we kept stopping and snapping! 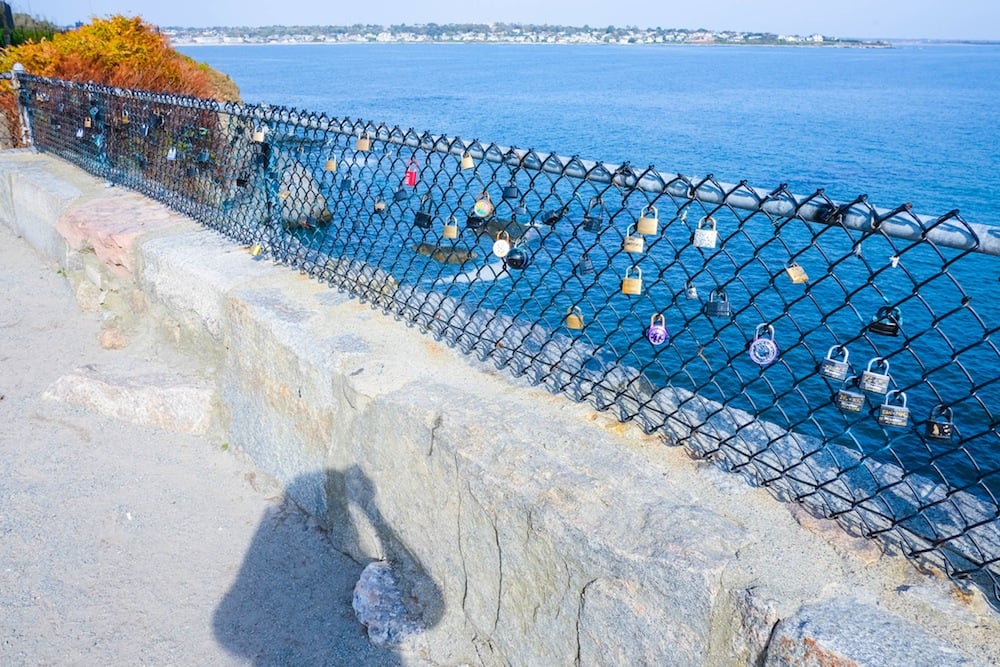 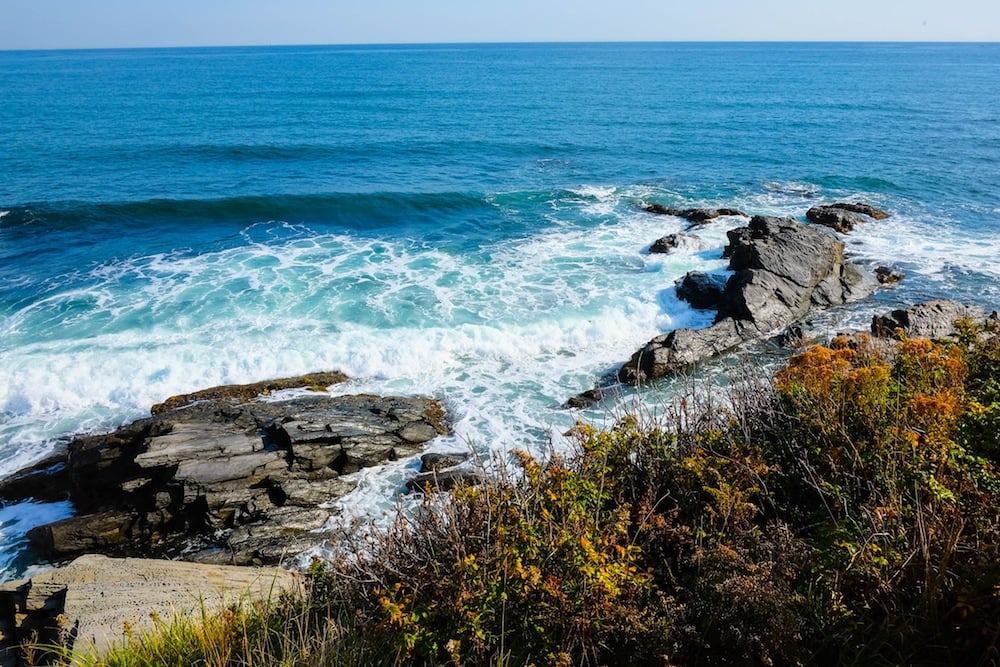 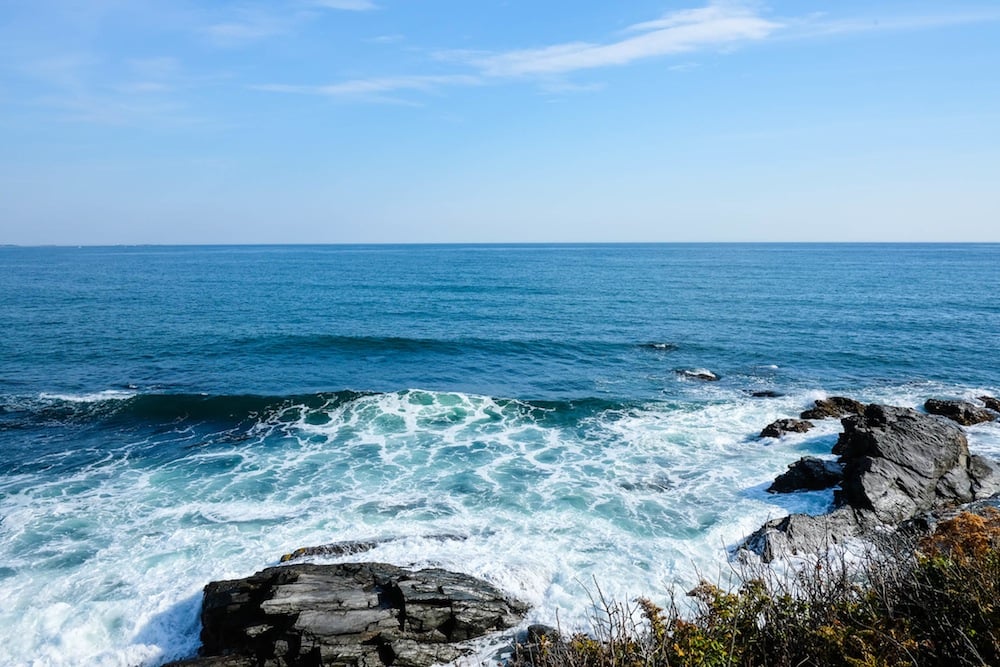 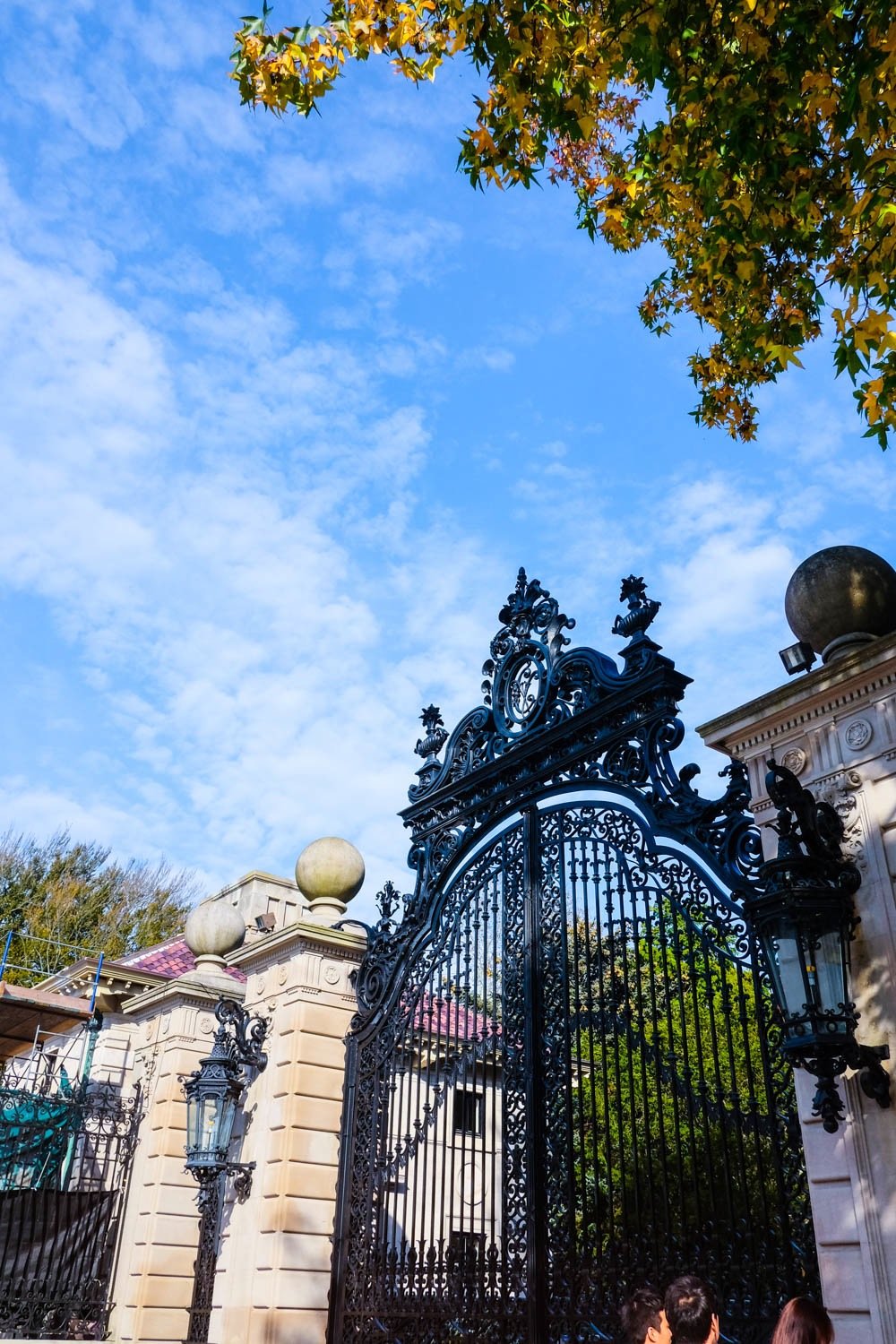 I can’t say enough good things about touring The Breakers. I know the touristy stuff isn’t for everyone but I’m actually (you probably don’t know this about me) a bit of a history nerd and loved learning a little bit more about the Vanderbilt family, the gilded age, and the history of the mansion. Here’s what I remember. Or at least a brief synopsis. The mansion was built in 1893 by Cornelius Vanderbilt as a city escape for his family. You know, a relaxing little getaway with a staff of forty. The things we saw, I’ll remember forever: a bath tub that was carved from a single block of marble, walls inlayed with platinum, the works. We also got to explore the servants quarters, which was fun. It was all very Downton Abbey. 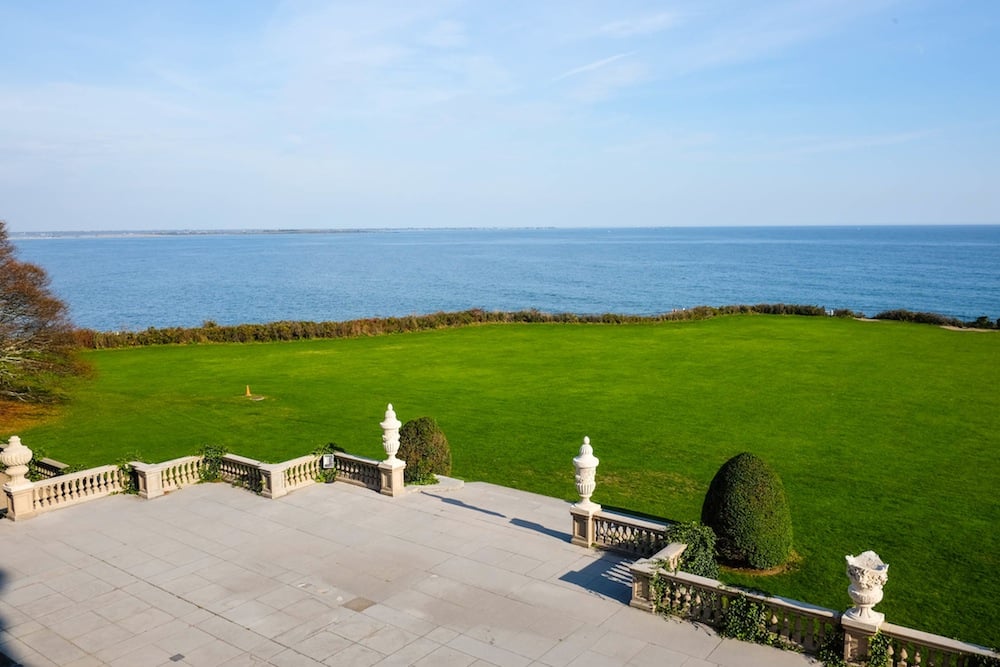 The backyard at The Breakers. 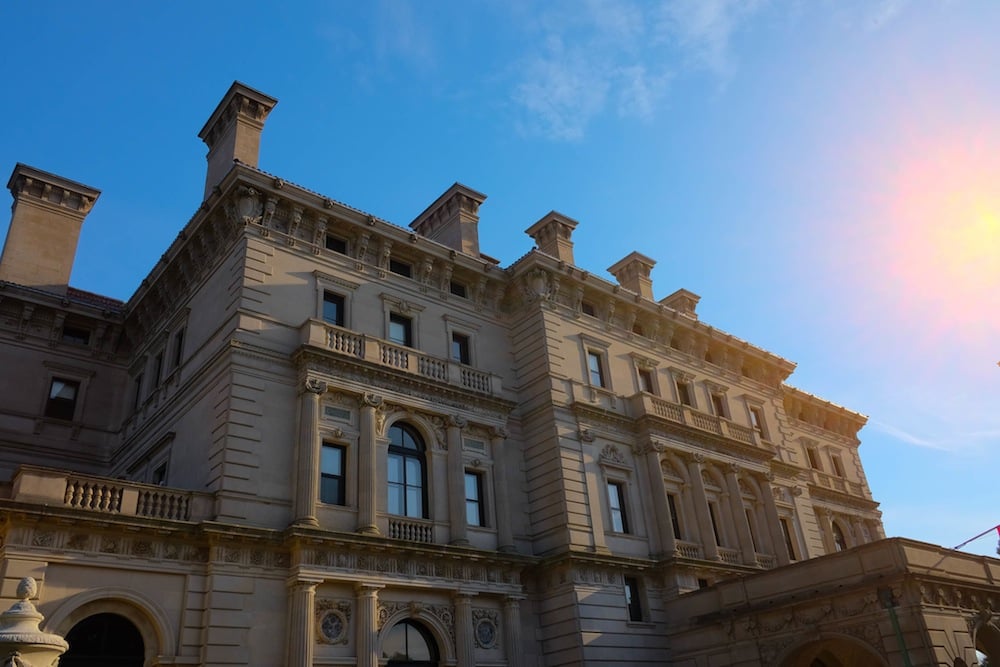 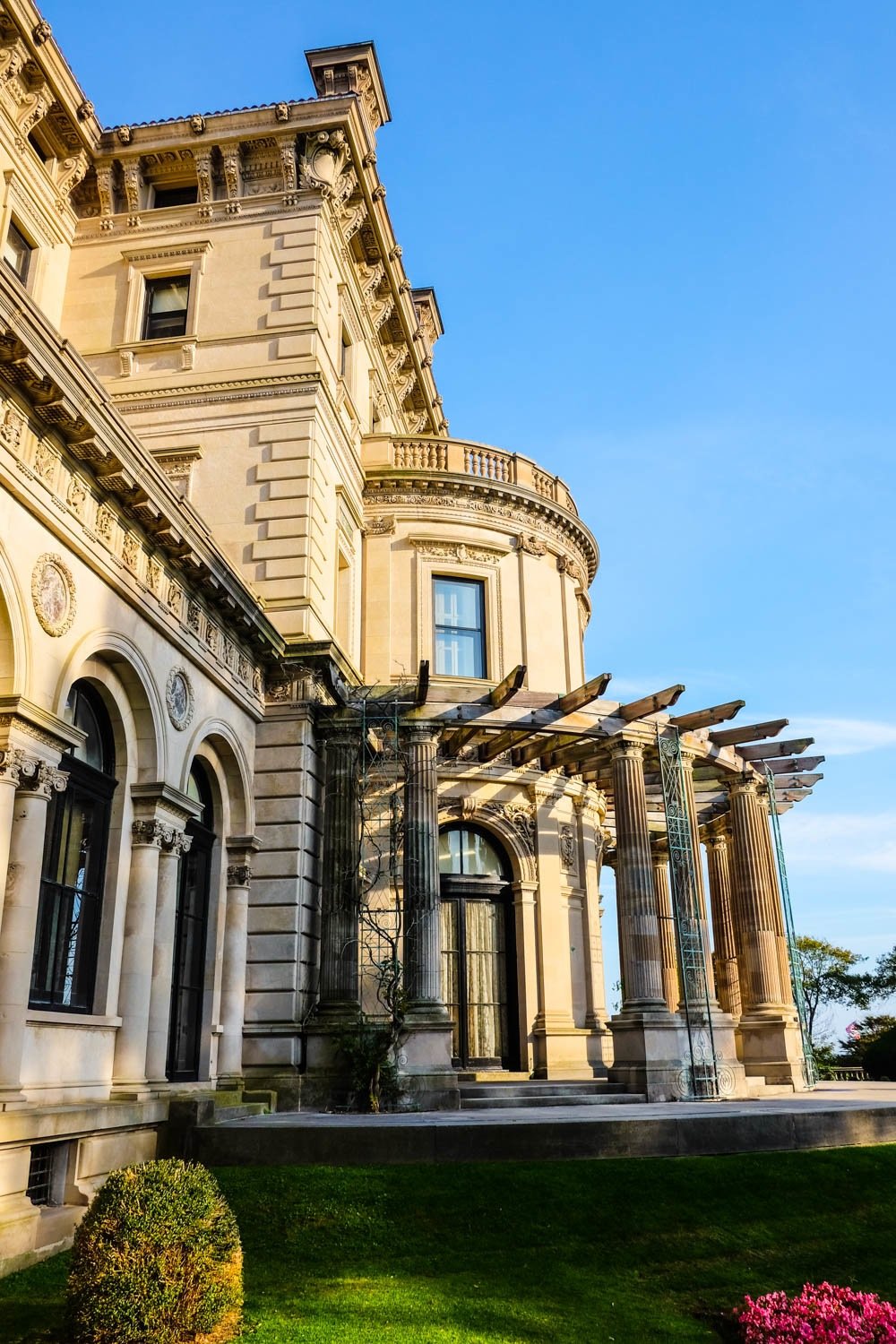 Simple and modest, no? 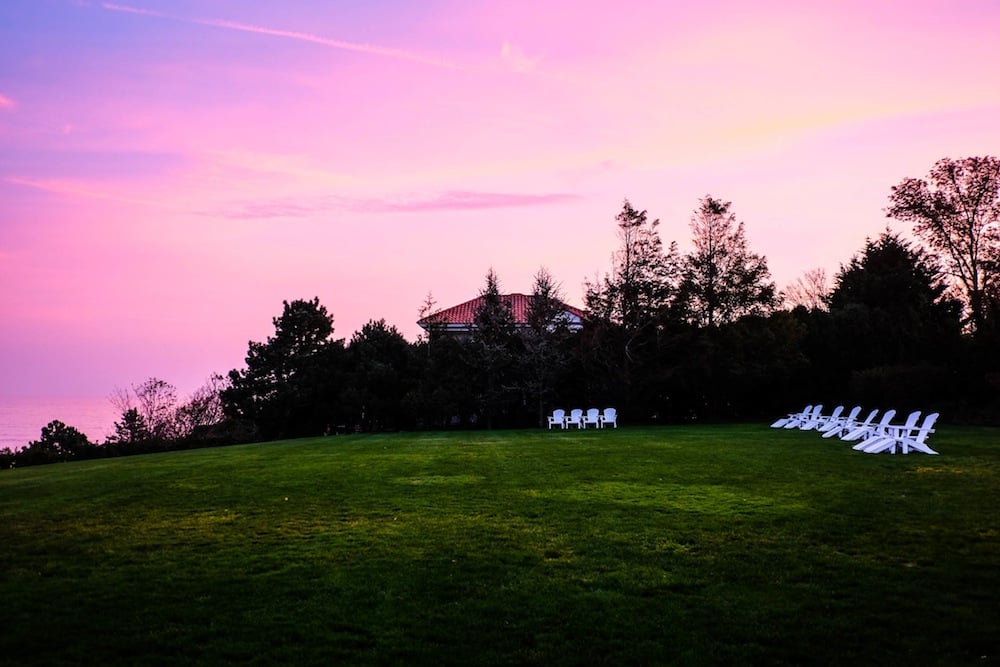 After sight-seeing, we had a little downtime and then it was dinner at The Spiced Pear (but not before snapping these photos of the gorgeous sunset!) 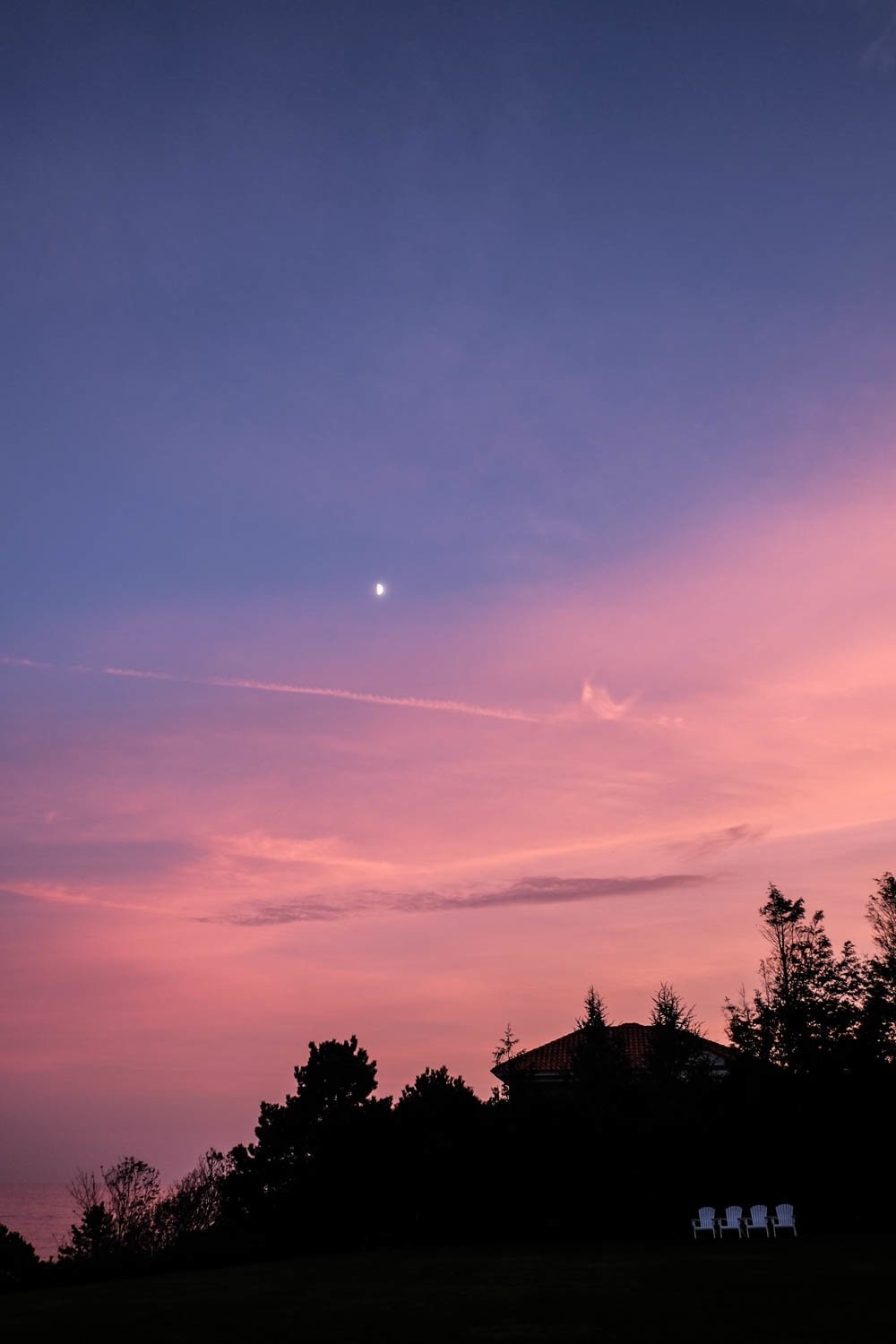 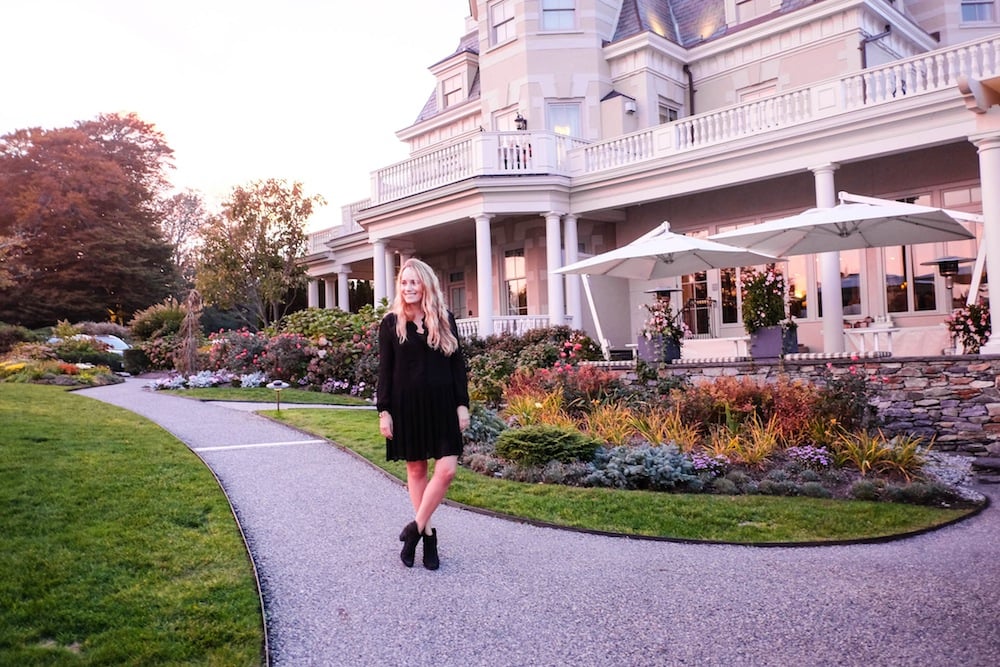 Jess snapped a few photos of me before dinner (wearing an Isabel Marant Dress + boots from Nordstrom). The light makes me look a little purple but whatever! 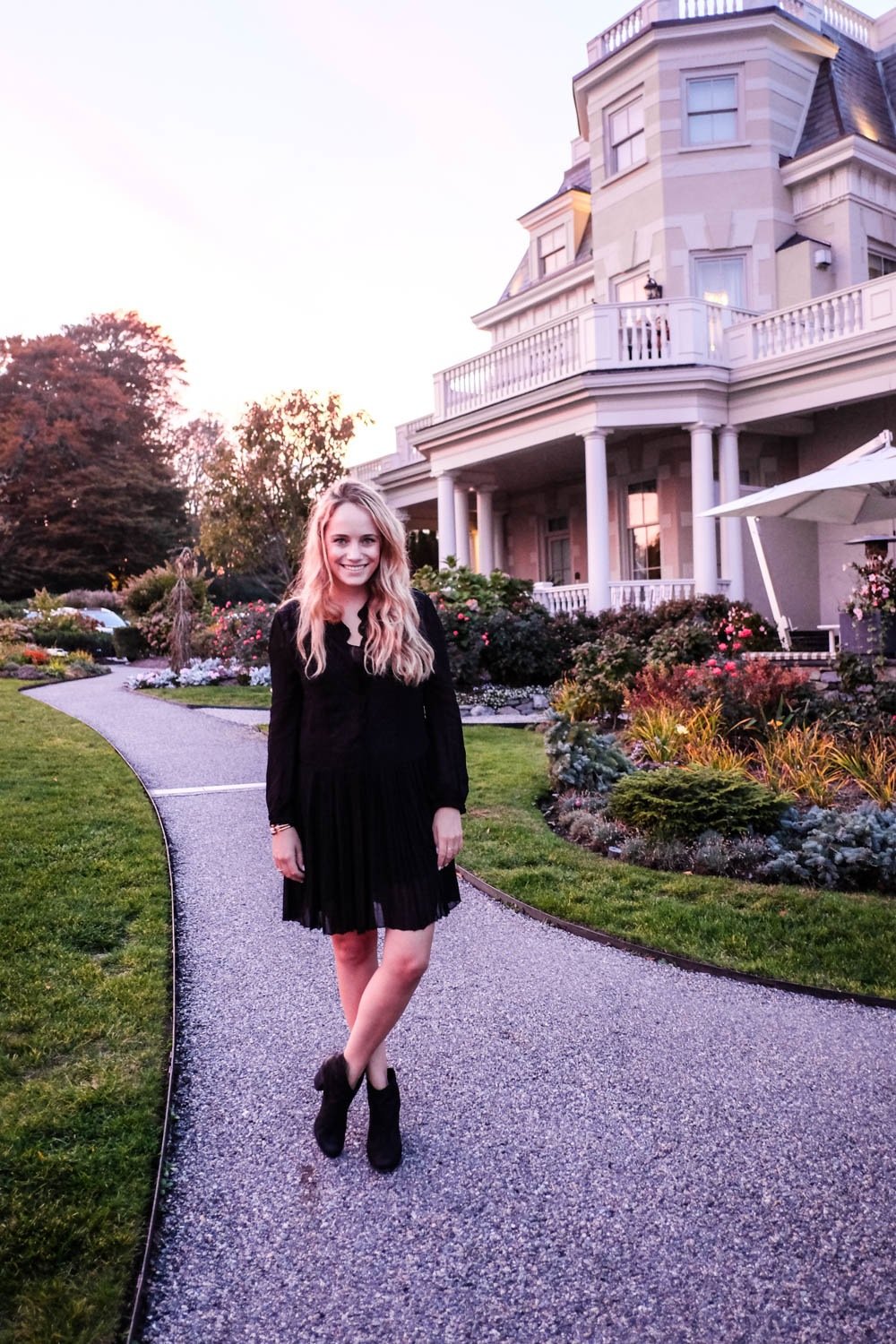 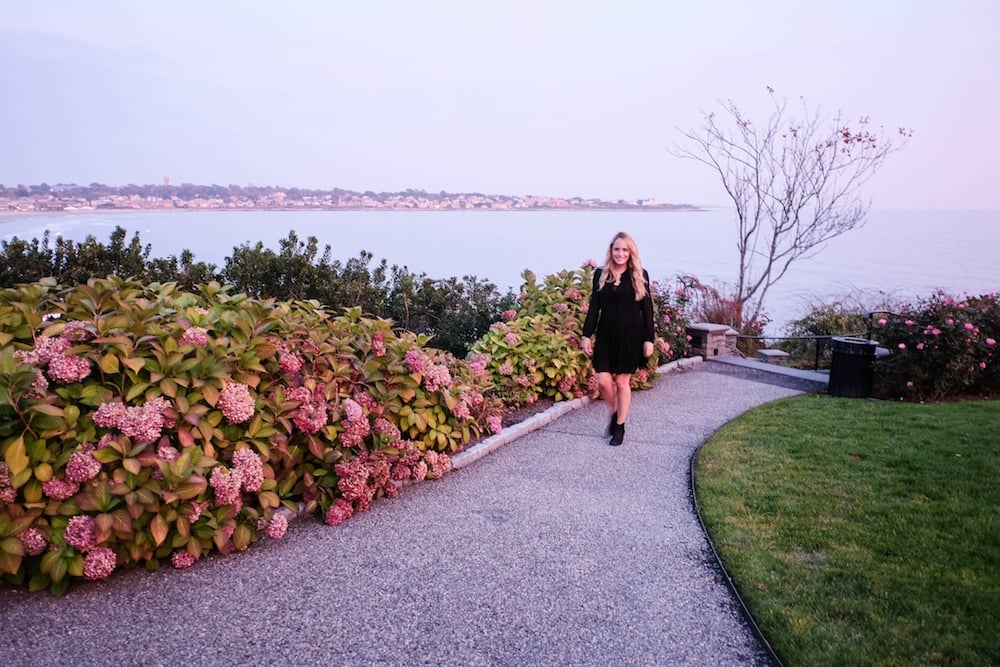 Dinner was definitely a highlight. The Spiced Pear’s menu (+ wine list) is incredible. Jess and I split the heirloom tomato salad with burrata; and I had the lobster. For dessert, we ordered one of everything. I had a tiny taste of every dessert and nearly died… how decadent! My favorites were the soufflé and peanut/butter chocolate bar, but everything was delicious. 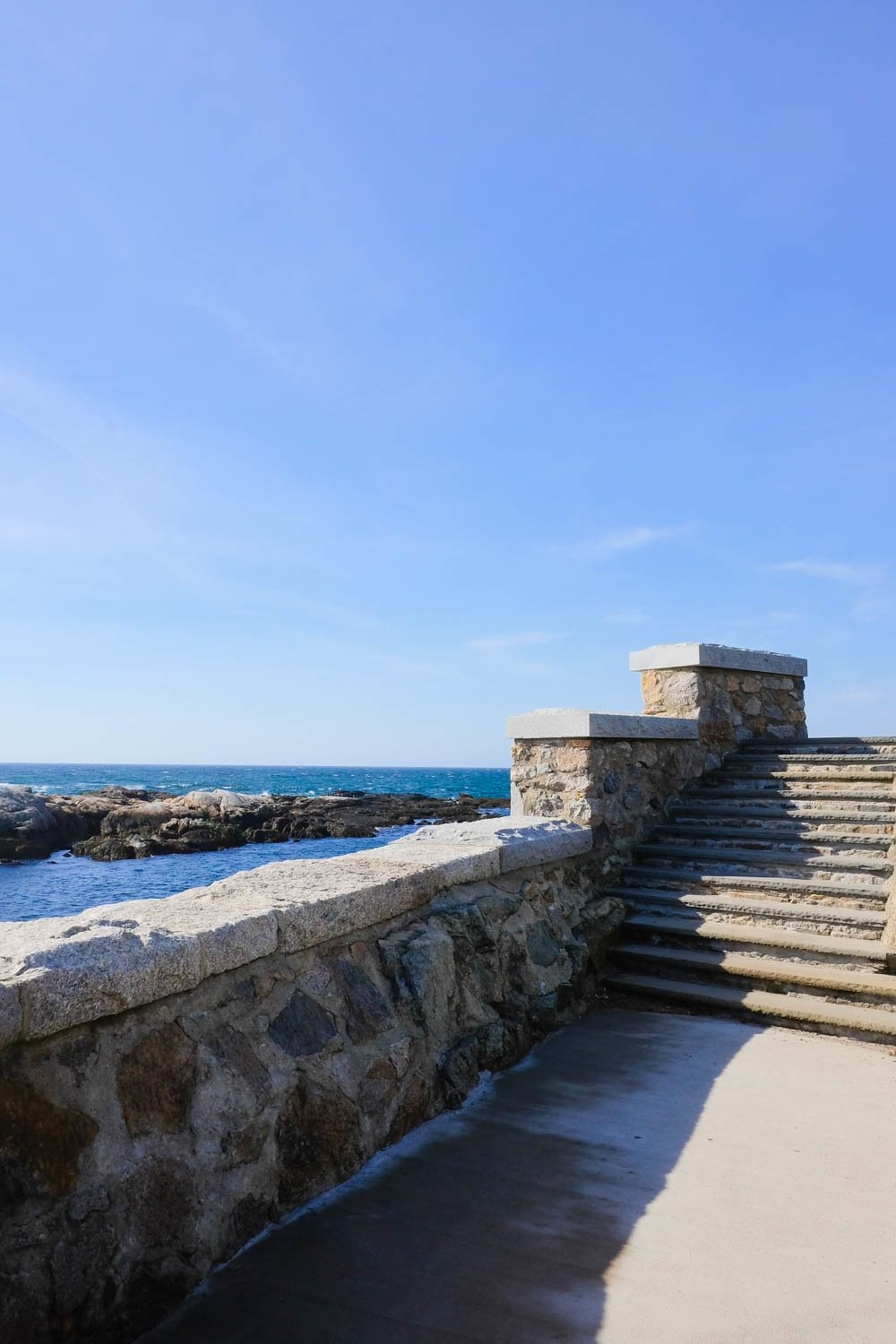 The next morning, we were up for a guided driving tour through Ocean Drive and Bellevue Ave. It was really fun learning more about Newport’s landmarks and all of the fun little details that make the city so special. 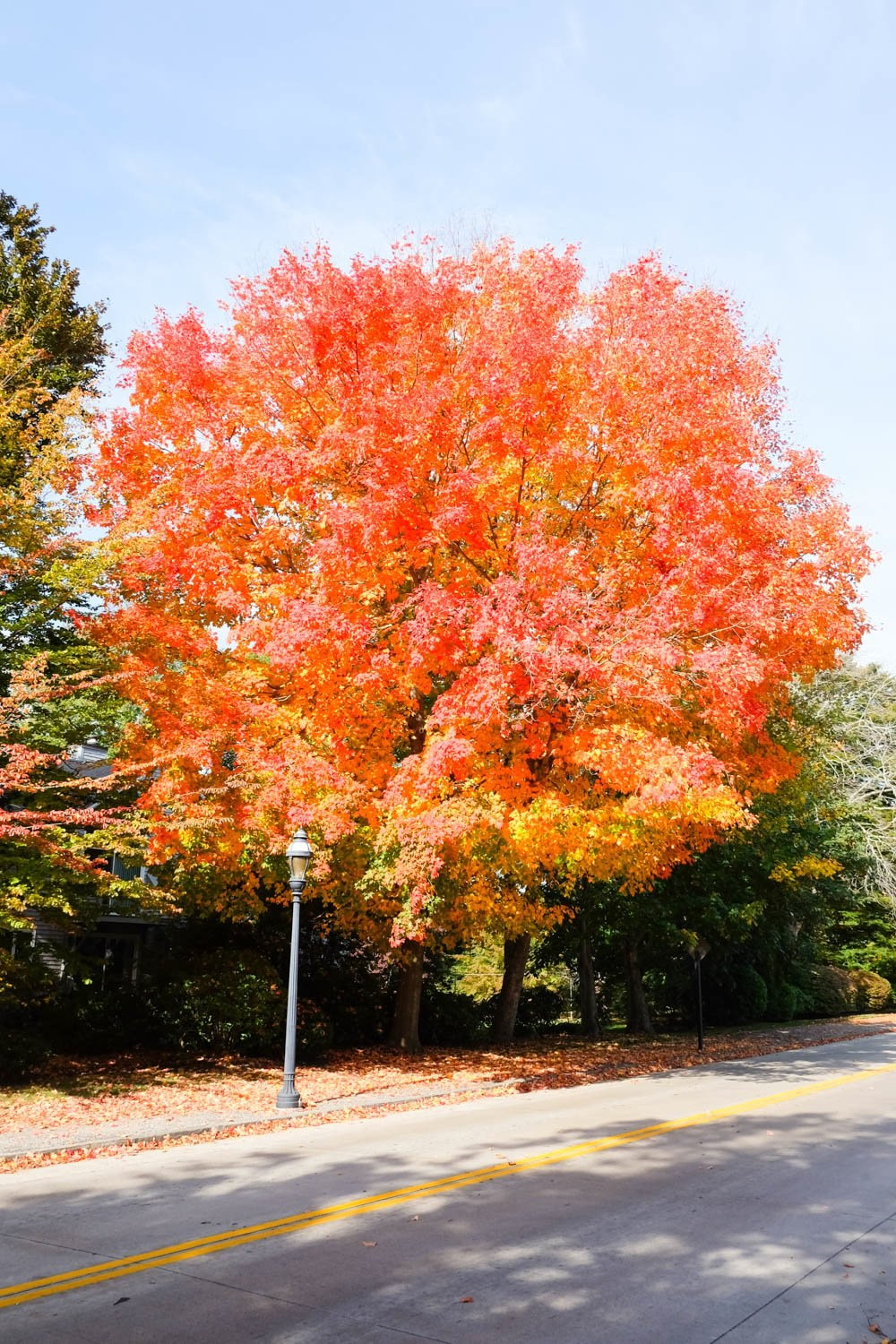 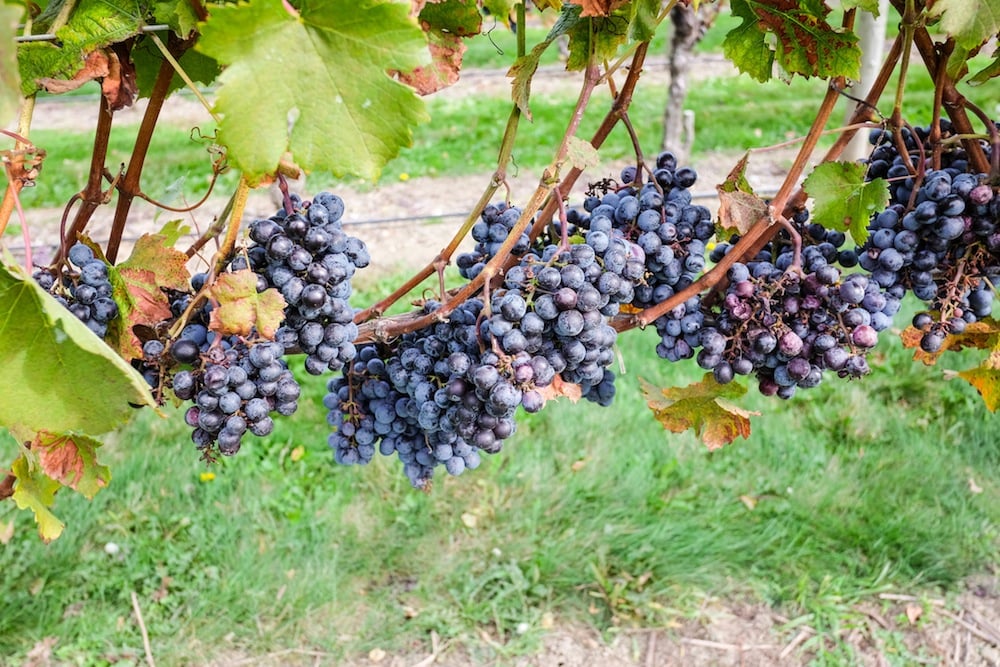 And then, we went wine tasting at Newport Winery. The wine snob in me went in with pretty low expectations, but I was really impressed by everything we tasted! My personal favorite was the Pinot Noir which had prominent raspberry notes + a hint of cherry at the end. I also really loved the Sauvignon Blanc as it wasn’t too sweet and had notes of passion fruit + gooseberry that you could really taste.

Newport Winery also makes something called their Vidal Ice Wine, which was actually voted one of America’s Top 50 wines. (Yay, New England!) I’m not huge into sweet dessert wines, but it was really good. What’s special about the ice wine is that the grapes for were actually harvested after the third  frost. The winery then presses the grapes while they’re still frozen to capture its rich nectars. If you are a dessert wine person, give this one a try! 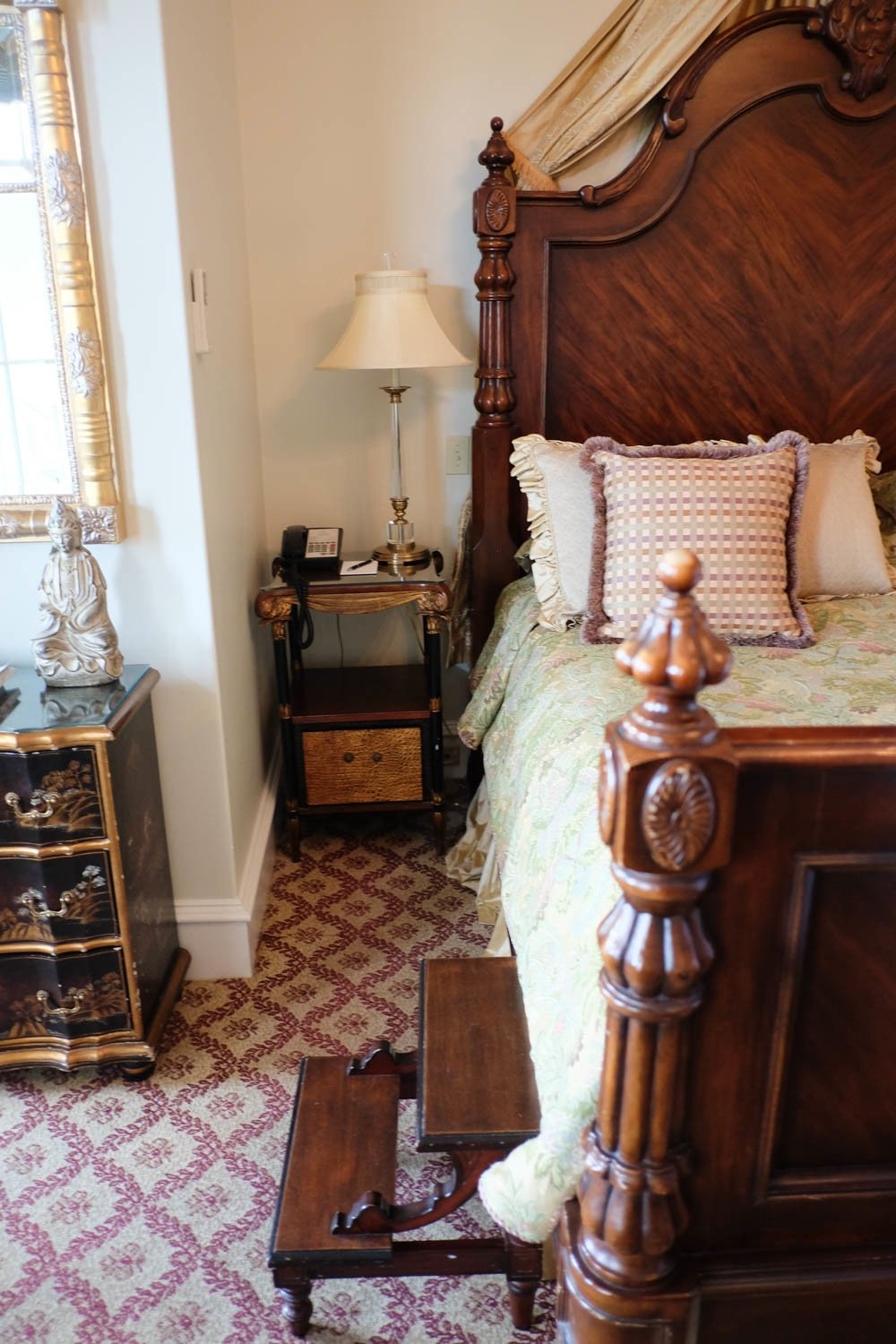 My bed – can you see why I didn’t want to leave? 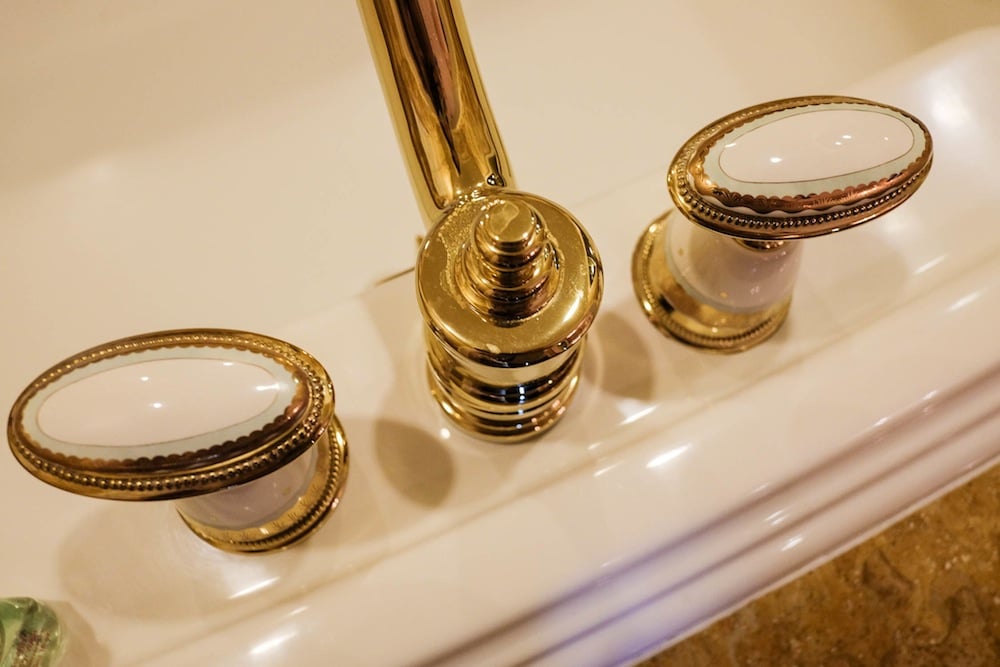 You guys. I took four baths in two days. A little dramatic but I mean, how could I not. My enormous jacuzzi tub was definitely a highlight of the trip for me… and The Chanler actually offers an in room bath menu – for $30, they will set up a full bath for you. When we returned home from our dinner on Thursday night, a lavender bath was waiting for me. It was exquisite.

Thank you to The Chanler for this amazing experience!