How was your weekend?

Mine was really nice. I went up to Bedford to stay at my friend’s house on Saturday and am newly obsessed. It is the prettiest little town. We made a big fire, had a delicious dinner, played with her daughter, walked in the woods… so nice. Despite being only an hour train ride from Grand Central, it felt like I was so far away from the city. I warned them that I will be back… SOON. It was one of those weekends where I just felt really happy and content. I got back late yesterday afternoon, recorded an episode of the podcast with Becca, did a bunch of work, and tucked myself into bed at 10. The greatest.

Whenever I wear this Acne oversized sweater I get so many questions about it. It’s the COZIEST. I bought it when I was in Sweden (where Acne is about 30% cheaper) but it was definitely still a splurge. So if you’re looking for a similar but affordable option, I also really love this one and this one! Love being cozy in the biggest sweaters possible this time of year.

The thing that is on my mind today is something that keeps coming up in conversation with my friends – both with bloggers/influencers and friends who don’t really even use Instagram, etc. Everyone has an opinion, and it’s pretty varied.

When it comes to sharing on social media, what is too much? Is there a line? 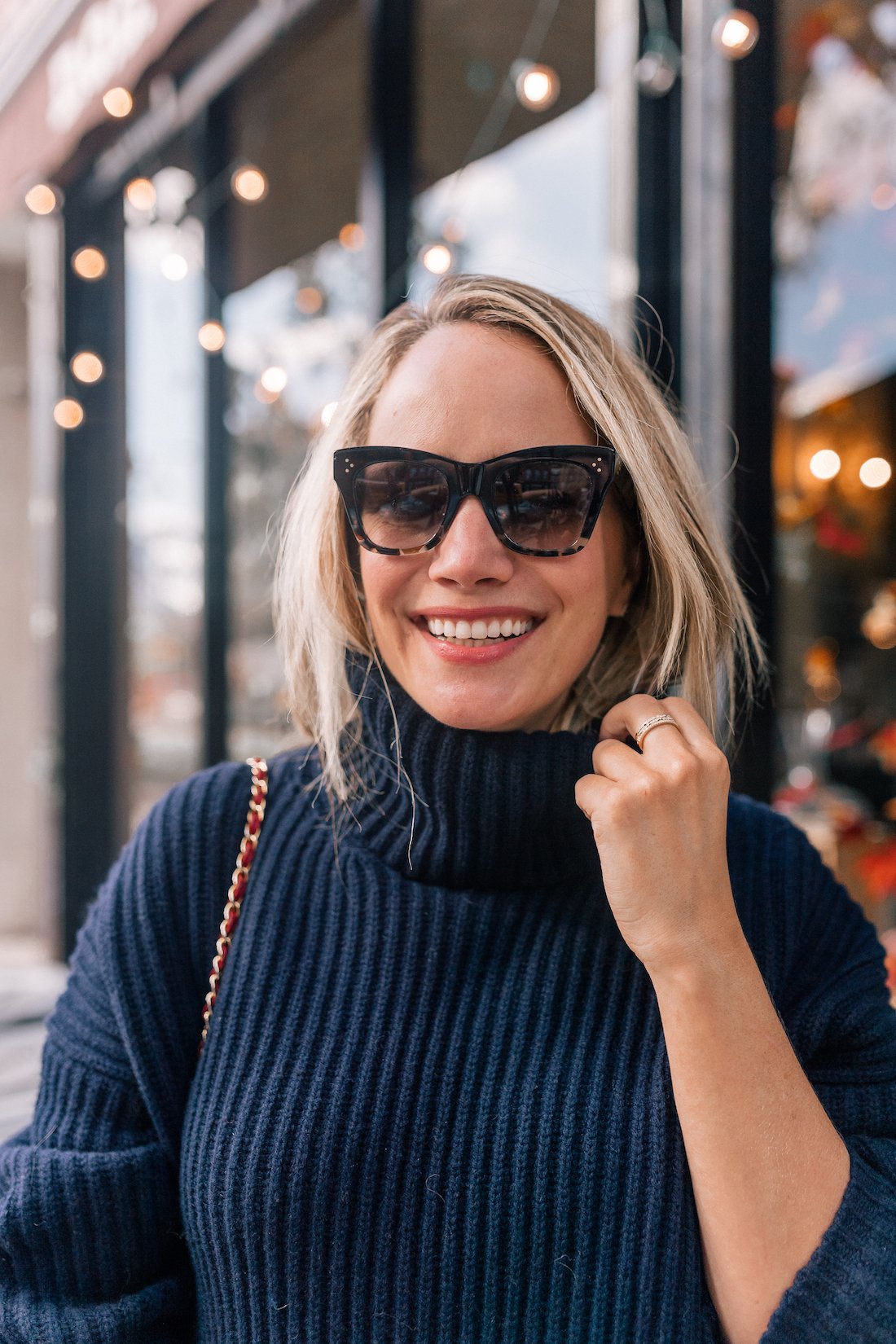 It’s definitely different for everyone, and I think something that anyone with a social media presence really struggles with. I have friends with boyfriends or husbands who don’t want to be on their social media. Sometimes it causes a rift in the relationship or becomes a point of contention. I get it. I get the blogger POV (It’s probably annoying to have to filter out something that’s a huge part of your life) but I also get the other side of it – some people are really private and/or have jobs where being on a (very public) social media platform could be a detriment to their career.

Frankly, I have friends who share absolutely everything and friends that share nothing. Also, I have a family member who is pregnant and doesn’t plan to ever post her baby to social media because she doesn’t want to financially gain from the baby/show the baby since it can’t consent. Actually, I really respect that (though I’m not going to lie, I will probably really want to post the baby). And it will probably be hard for her, but I think it’s really admirable.

Personally, I drew a line in the sand a while back in that I don’t talk about dating here. I’m happy to give dating advice or give nameless and vague examples of things that happened years ago, but I would never want a guy I meet to feel like he was going to become potential fodder for the blog. This happened to me once (like, 3 years ago) and shit got really weird. He basically got drunk and yelled at me for something I hadn’t done but could potentially do (WTF!?). Needless to say, that conversation revealed him to be potentially unstable and we did not continue dating.

But still. Some things are sacred and now I like to keep that part of my life separate from the blog. I also think about how I would feel if the situation were reversed. What if I had a more traditional job and my significant other were a blogger and wanted to post me to their social media or talk about me on their blog? That would feel weird. 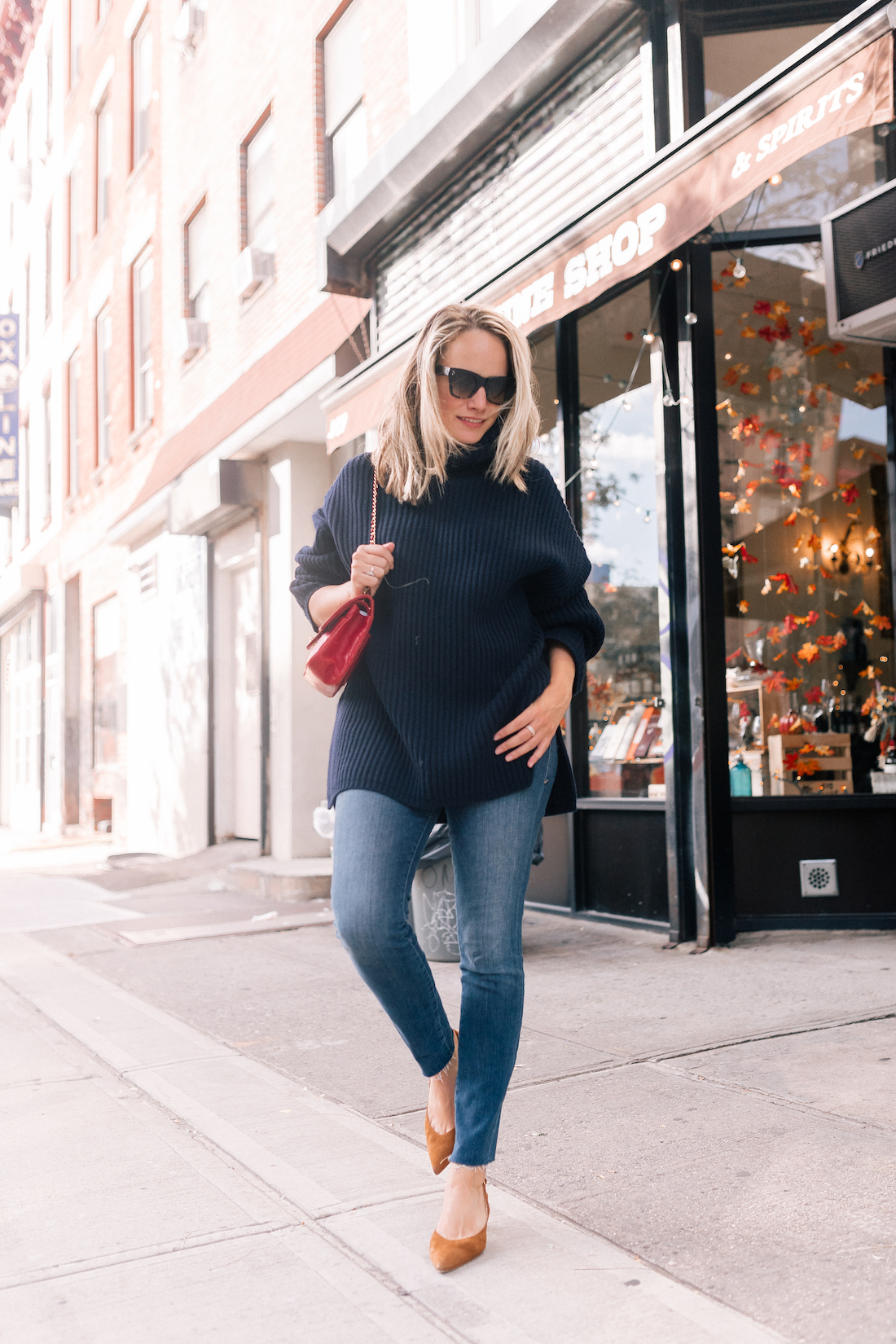 It’s easier for me as my life is basically just me… and my close friends don’t care if I put them on stories or in the occasional Instagram post. I also have a separate private account that is just my friends and family.

I think a lot though about what I would do if I were in a different situation. If I got married, would I want to put my wedding on Instagram? Or monetize it?

Probably not, but if I get married I am pretty sure I would want to elope and then just have a big fun wild (phone-free) party after. I actually (yes I know I post myself to the Internet everyday, #doublestandard) really dislike being the center of attention and also just can’t imagine spending a ton of money on a wedding dress/party that is only one day so I’d probably be that annoying person you didn’t even know was engaged and then suddenly just turned posted something from City Hall. LOLZ I AM SO MYSTERIOUS GUYS. (JK.) 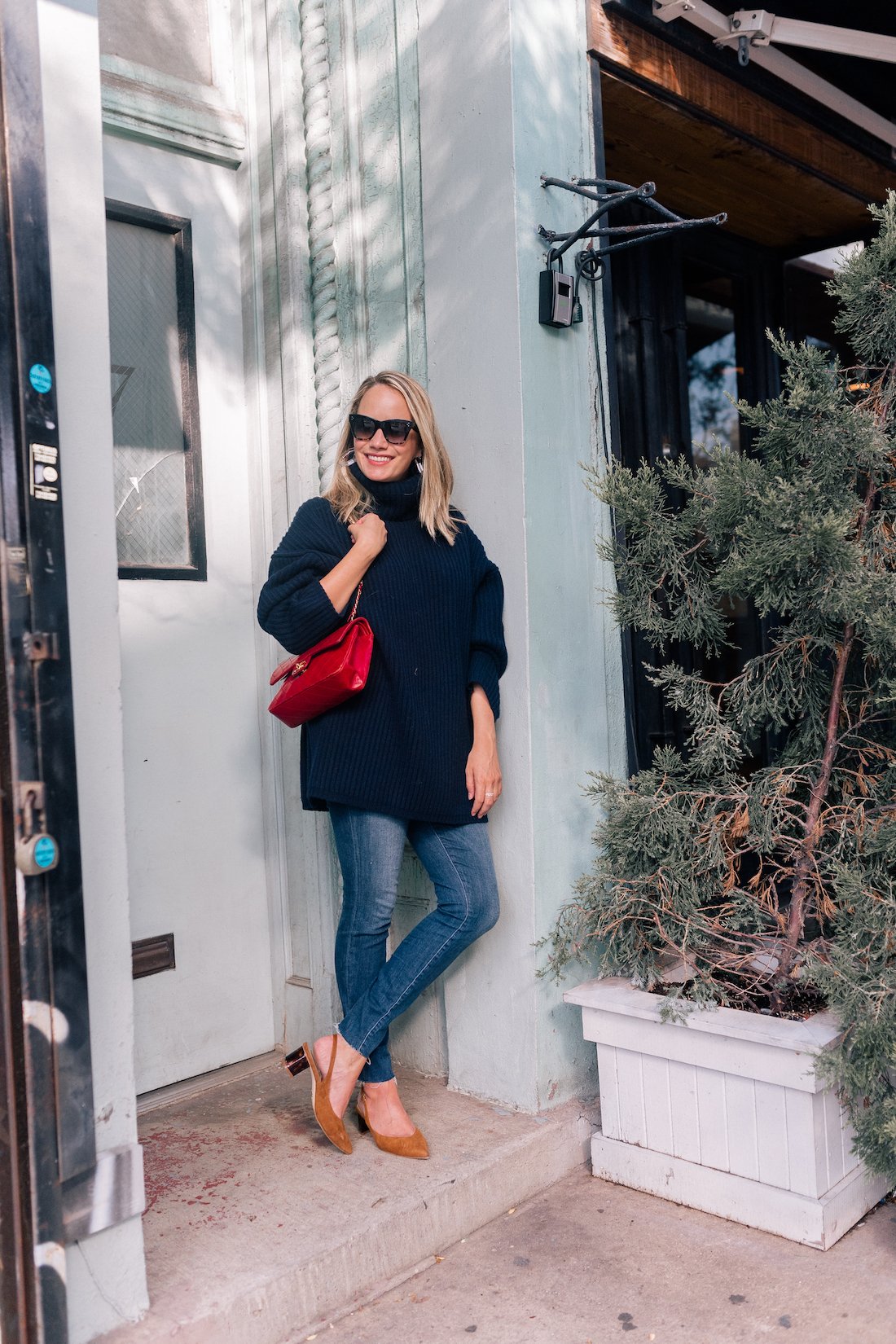 Same goes for kids. If a blogger is pregnant and posts their daily outfits like I do, it’s going to show eventually, so like, you have to talk about it at some point?

Ugh I don’t know. I’m rambling (and certainly not judging anyone for their decisions on what to share/what not). We talked about this on the podcast but I do think it will be really interesting to see what happens in 20 years or so when these babies grow up. Will they be mad at their parents for sharing? Psyched? (A few of my friends who do share their kids on social media have college funds set up from sponsored posts that were about the baby. That’s really cool!)

It’s just something to think about. What do you guys think? 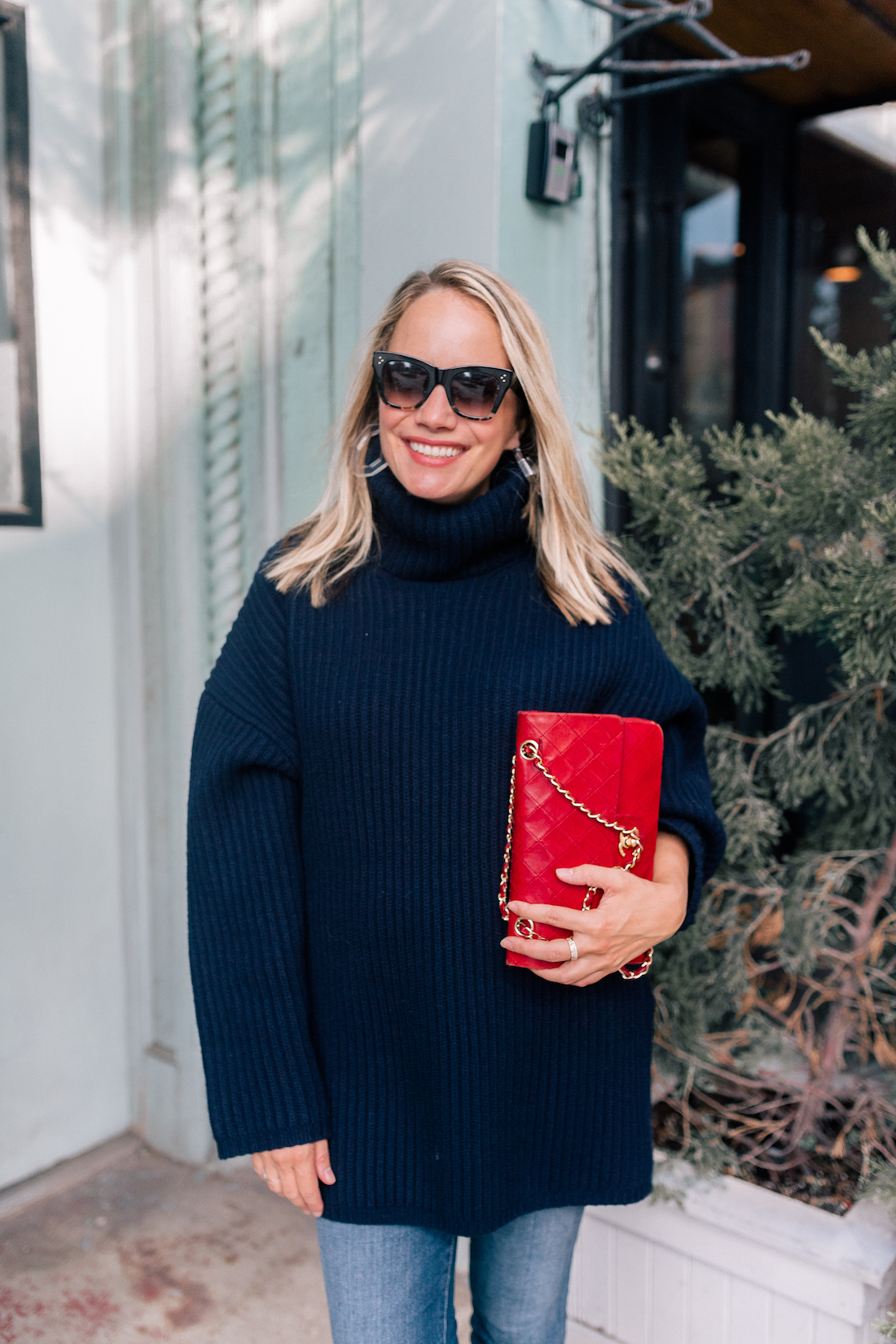 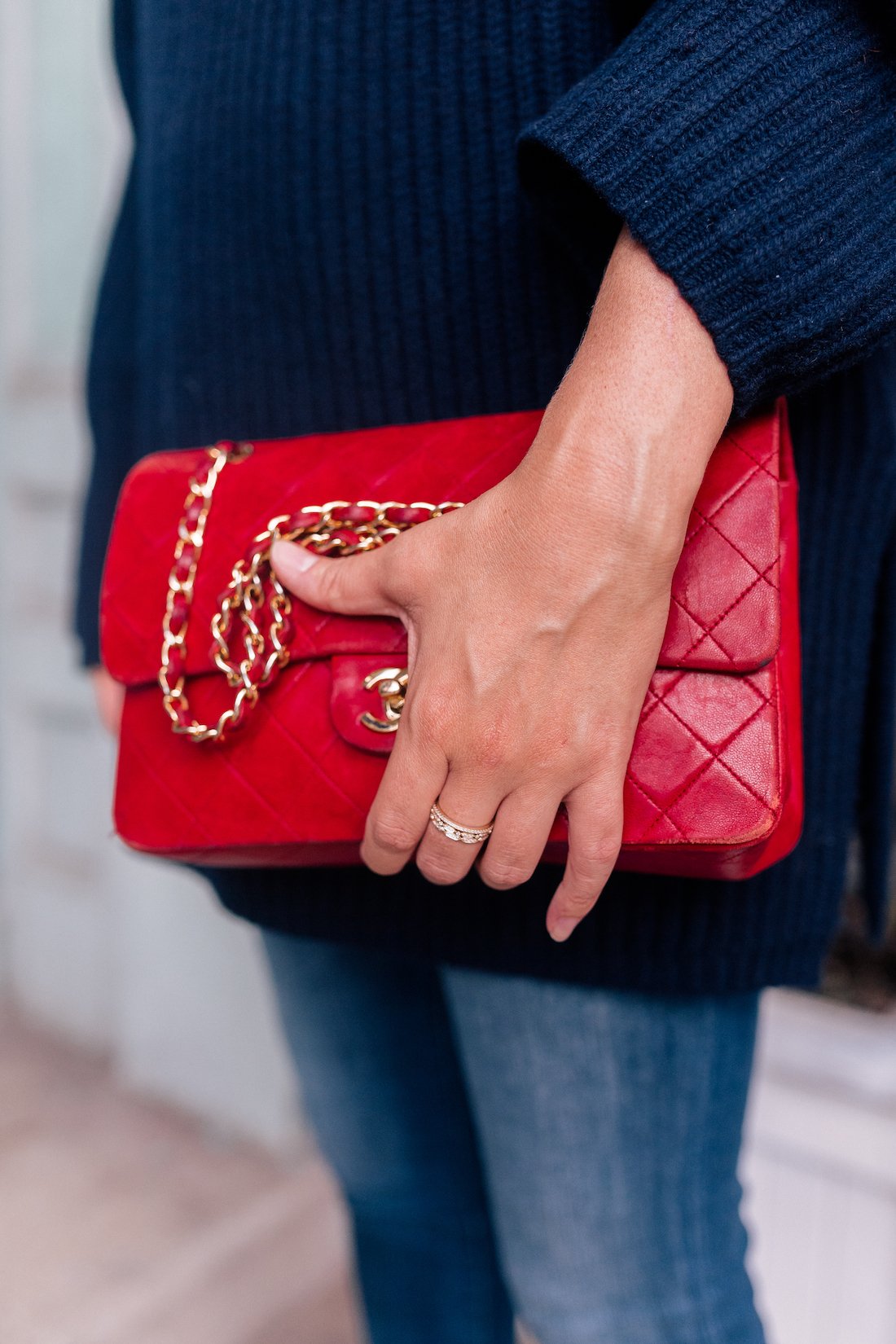 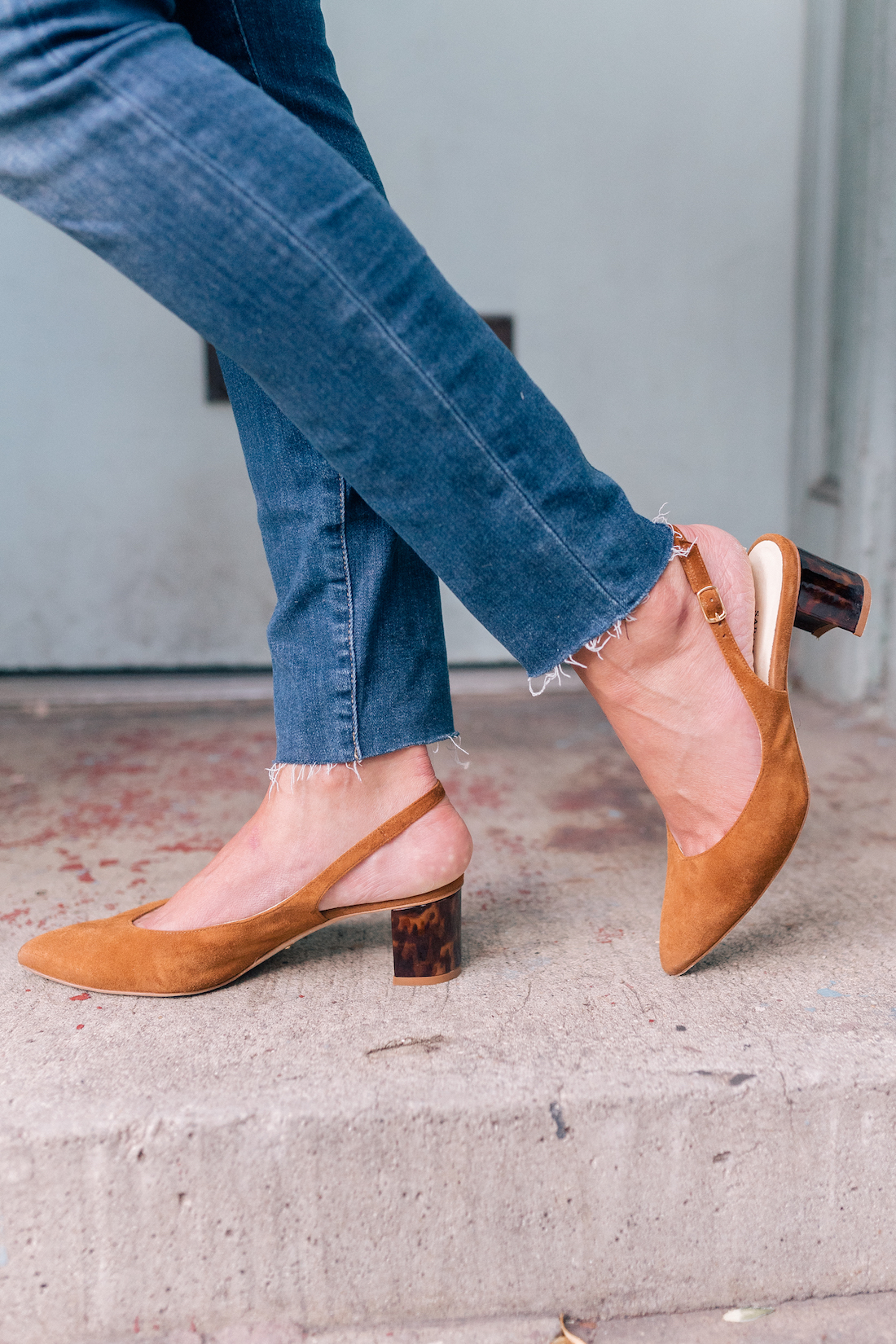