I got home from Los Angeles late on Monday night to a revelation that was simultaneously wonderful and terrifying. My traps had worked (I used the covered ones) and I had caught the mouse. (If you have no idea what I am talking about, read this post.) Finally. (I’m literally still seeing and hearing mice all day long and I think I might actually be going insane!) I was happy to be rid of the problem but I was also upset that I had killed something. It was dead in the trap, it smelled, and it was on my kitchen counter. Sooooo there may have been some screaming. Some loud screaming, at that.

I called one of my best guy friends, terrified. He later told me that by my reaction, he had been verrrrrrry concerned. He thought that maybe I had been mugged, or that maybe I had come home to find out that my apartment had been robbed. Nope. (Note to self: Oops! Must not be so dramatic!) Anyway, he came over to dispose of the dead body and I have never been more grateful or lucky. Upon disposing of the body (sorry, that sounds terrible but I think I’m hilarious), we opened up a bottle of wine, naturally. 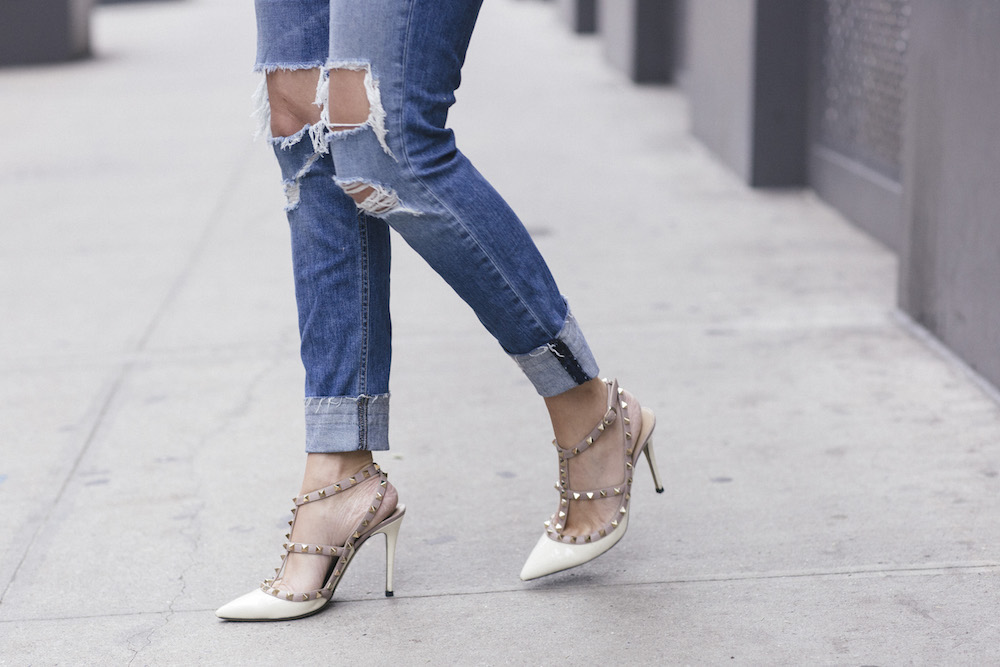 After catching up on our respective weekends, the conversation naturally turned to politics. It was interesting because while he skews conservative and I skew liberal, we both agreed on one thing: Facebook is making us nuts. I can’t log on without feeling my heart leap up into my throat. It isn’t even just the news. It’s the anger and the rage (understandable, but often misdirected). On top of that, I have push notifications for the news on my phone (those, I signed up for), and now somehow they are also on my computer (did not sign up for those). By the way, I feel so old right now, complaining about push notifications  on my computer and not knowing how to get rid of them! AHH! Make them STOP!

But between social media and the push notifications, it often just feels like one miniature panic attack after another. That’s no way to live, and more importantly, it’s paralyzing. And if we are paralyzed, we can’t actually do anything.

I talked to a few  more friends yesterday and everyone seemed to agree. We all feel as though we are going slightly crazy. So I decided to write a post about it… but more importantly to sit down and really think about what I could do for me to a) continue to stay active and informed, but b) take better care of my own mental well-being, and c) maybe help you guys to do the same thing. If every single one of my friends feels slightly nuts right now, I figured there was a pretty good chance that my readers were feeling the same way. 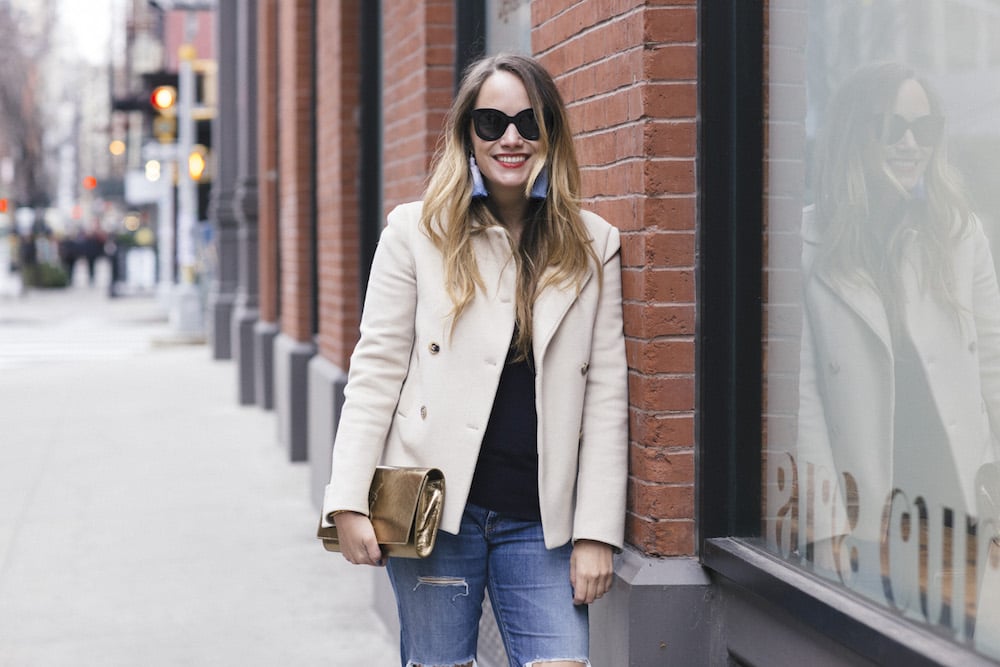 So here are some thoughts and ramblings. And this isn’t a partisan thing, it’s really not. It’s a human thing. This post is about being better to ourselves, and nicer to each other.

ONE // Don’t feel bad about taking a break from the news every now and then. I felt very conflicted while I was in LA. I had gone into the weekend saying that I would be taking a break from politics but then the immigration ban passed (and I was at the SAG Awards – holy politics!!!) so that was not really an option. This is hard for me as I (total honesty here) pretty much floated through my twenties, not really paying attention to what was going on in the world. I am really proud that I have changed that, so I automatically feel guilty if something new happens and I don’t know about it. I read this awesome article and thought it was very helpful. If you start to feel over the top outraged, take a break. The news will still be there when you get back to it. Giving yourself a break will ultimately prevent you from going numb.

TWO // Practice self-care. The article I linked to above talks about this in greater depth but one thing I’ve started doing is spending five minutes every morning writing (pen and paper in a journal). On Hitha’s recommendation I went and got this journal. The idea is that by complaining less and appreciating what we have, we will be happier. Every morning I write down 3 things I’m grateful for, 3 things that would make the day great, and 2 daily affirmations about myself. And then at night I say 3 amazing things that happened that day, and how I could have made the day even better. Along those lines, I have been going to church again. My faith has been a bit all over the place over the past ten years… in any given year it ranged from highly dedicated to highly skeptical. I’m striving for balance. The day after the explosion in Chelsea (back in September) I went to church for the first time in years. I experienced a calm that I have not felt in a long time (especially in New York). Faith is personal. I am not saying that you should go to church as well, but I did want to share an example from my own life.. There are a million things that have that a similar effect: yoga, meditation, reading a great book, snuggling with a pet, going to the movies, hiding under a blanket and doing copious amounts of drugs… (obvs kidding on that last one… jusssst wanted to make sure you’re still reading!)

THREE // Practice compassion and talk about the issues! Talk to your liberal friends, talk to your conservative friends. If you have a friend or family member who voted differently than you, find out why! I really think that it is so, so important to talk openly and honestly about this stuff and understand others’ perspectives. I have really enjoyed the emails from readers and commenters who have been able to disagree with my views in a respectful way. I dislike our president, but I don’t dislike those who supported him. There is a huge, huge difference. At the end of the day, we are all just doing the best we can with the information we have. I loved reading the comments section of this post – I learned a lot and gained so much perspective on how the other side was feeling. We all think differently and it’s so incredibly important to at least try to understand how and why others feel the way they do. My friend Alden wrote a really awesome piece on compassion… to use her words, you are not going to successfully fight Trump by fighting the people around you. Also, please don’t kill me for writing this but I personally think that we should stop equating all conservatives with Trump. I know so many conservatives who are scared to even say that they are Republicans because of the Trump connotation. That makes me sad.

FOUR // Figure out the things you can control and focus your energy there. I can’t make our president lift the immigration ban. I can write letters to my senators and donate to the ACLU, and I can volunteer my time and hours. I have been thinking really hard about what I can do. Whether that means writing more blog posts like this, or volunteering (but WHERE – if you guys have suggestions I am all ears). Volunteering is going to be a huge priority for me next month. I have quite a bit of travel coming up but once I’m back and settled I can’t wait to find a place where I can steadily volunteer a few hours every week. 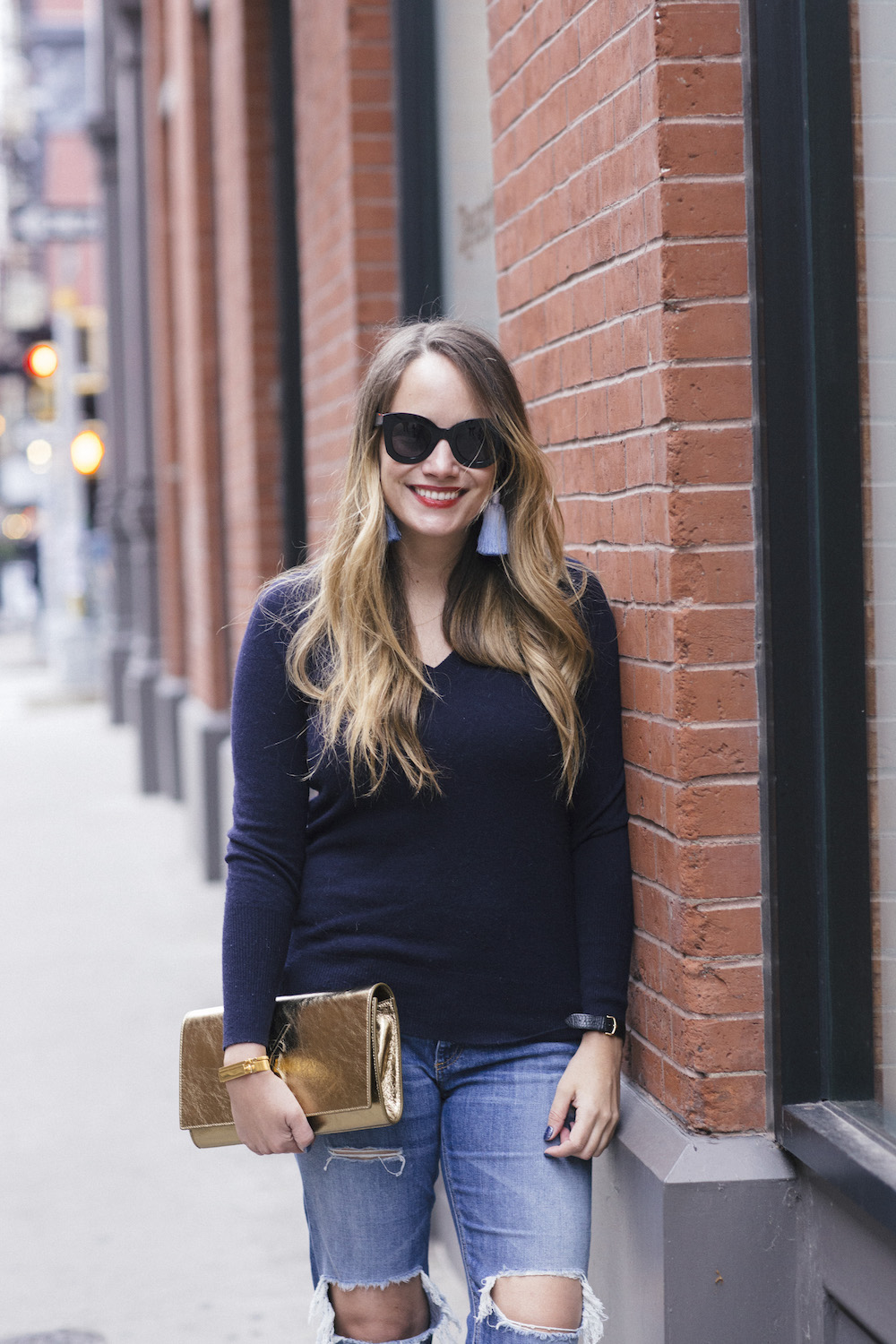 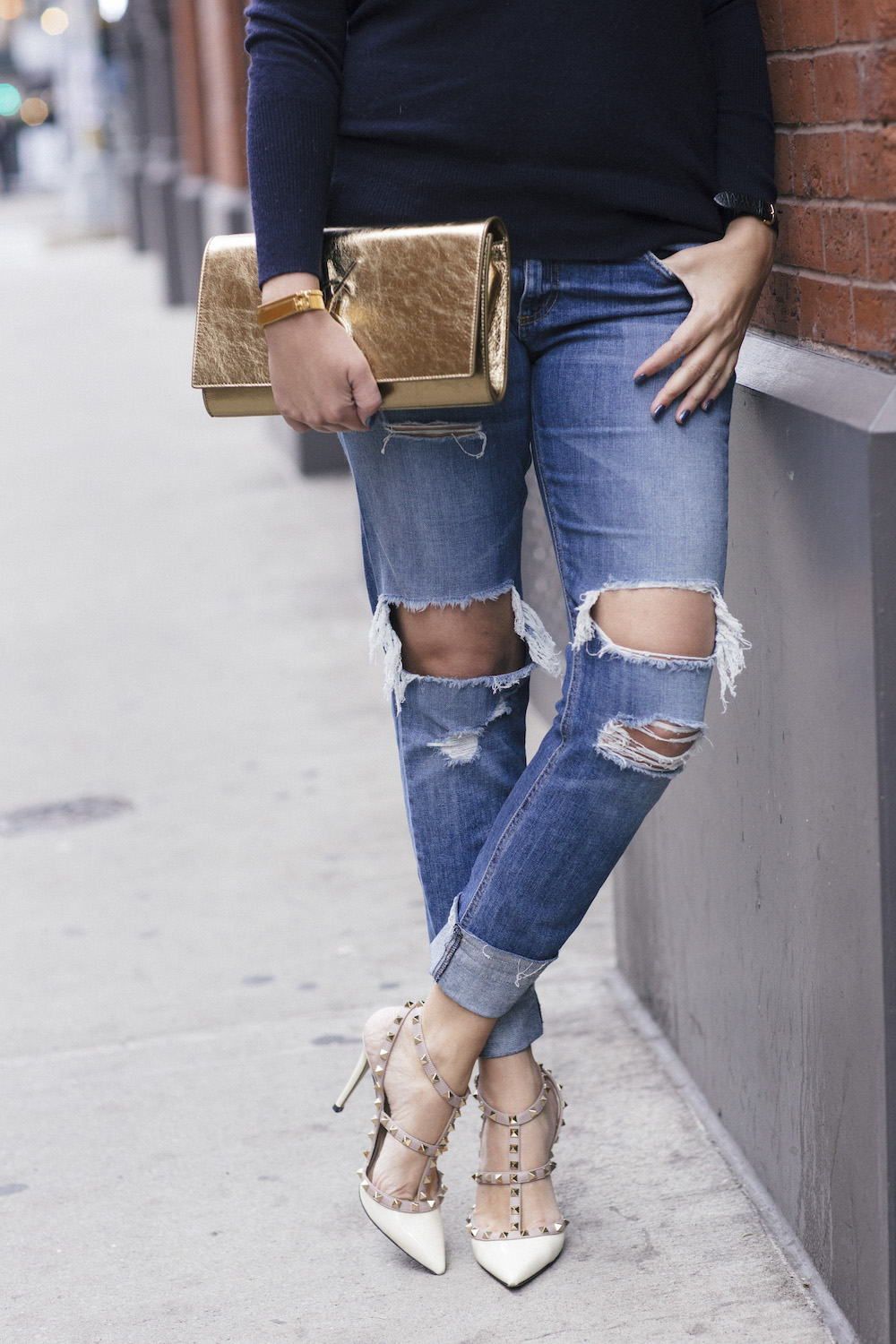 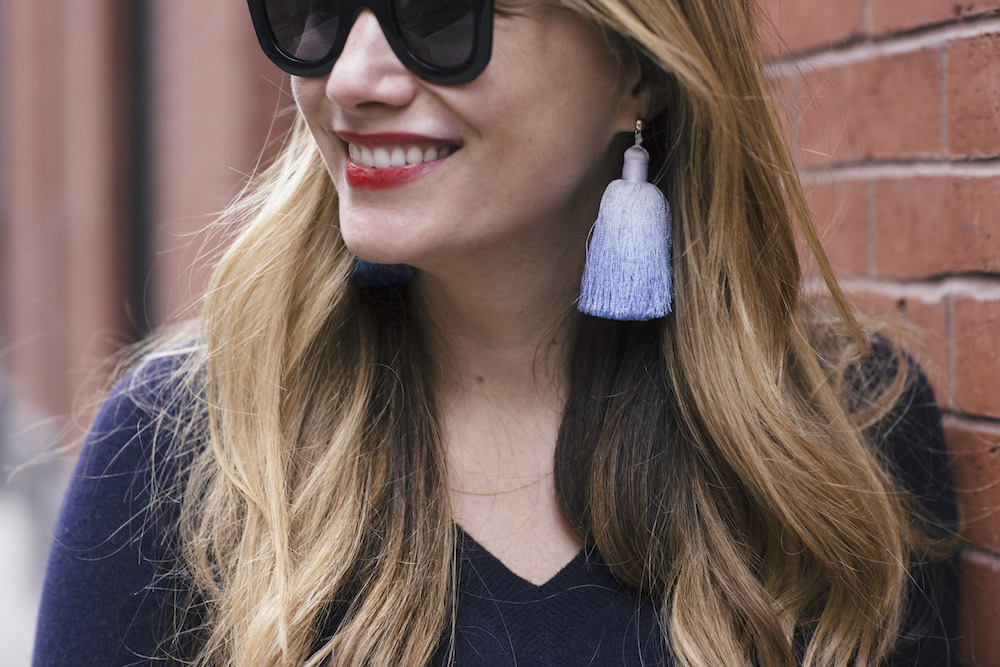 PS – I am not going to stop talking about this stuff. I think there is a graceful way to talk about politics in a way that is not judgmental. That is always my goal here. I am as open-minded as they come. I want to hear from you no matter what side of the political spectrum you fall on. Talking about this stuff is so important. We need to be having healthy conversations, and we need to come together and not tear each other down. Everything I write is coming from a place of love and respect. Over the weekend I received several emails with disappointment over my post about feminism (which if you read the entire post, you will probably agree with me that it was not even a political post! It really wasn’t! I was just saying that we are all equals!) These readers (all women) told me that they will no longer be visiting my blog. That was disheartening and made me pretty sad. And also baffled. But for every one of those emails, I received ten more saying THANK YOU. To those of you who emailed, shared that post, and/or commented (even to disagree with my views!), thank you. I can’t tell you how much I needed your support!

And if you are still mad at me for taking a stance, I’m sorry. The focus of this blog will always be fashion and beauty but I can’t NOT talk about this stuff. 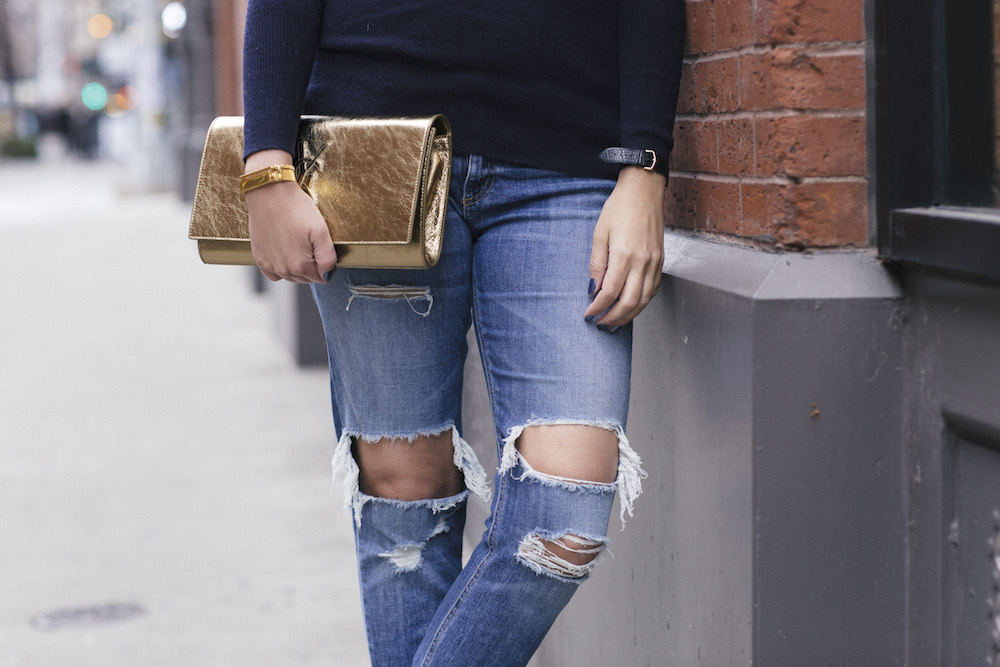