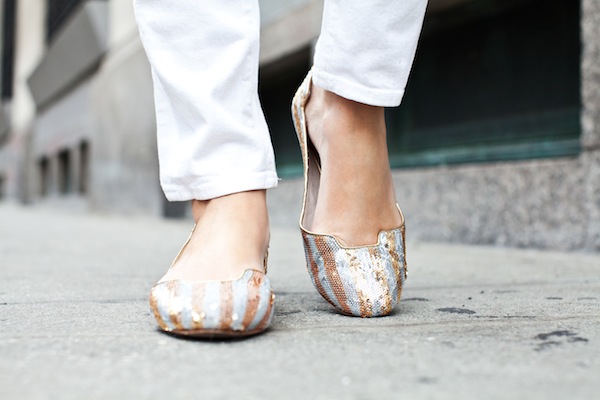 I kind of can’t even believe I am writing this post right now.  Let me tell you a little story first… and then we can get to the exciting news.  So anyway.  I wear heels a lot over here but most of the time in real life, I live in ballet flats.  When I first started blogging (nearly four years ago!) I heard about Matt Bernson’s ballet flats.  Fans of the brand hailed it as the sexy flat that is still comfortable.  So I picked up my first pair of Waverly Ballet flats, and instantly became devoted.  In the past four years I have got countless friends hooked on the brand.

And then one day the brand (it was actually Matt) tweeted back at me.  At the time, my blog was just a little over a year old.  I had a pretty small audience and had barely worked with brands.  We began emailing (mostly me gushing) and talked about making a ballet flat together but it fell through.  I had just started working at BaubleBar and was really busy – and kind of didn’t think it would happen.

Flash forward a couple years later where I was still thinking about that conversation, probably at least once a week.  So last Spring, I emailed Matt…  saying something to the effect of, “Let’s actually do this!”  And so we did.  Sketches were drawn up, I spent hours with their team pouring over glitter samples, and together we designed 7 pairs of sparkly, beautiful ballet flats.  #pinchme.

Rather excitingly, Anthropologie, Shopbop, and Proper Pop-Up (as well as Matt Bernson’s site + shop of course) will all be carrying the line come February.  But Anthropologie wanted their flats early for the holidays, so MB rushed their order… which means YOU GUYS… four of the styles will be available at Anthro TODAY!  (Online Only) 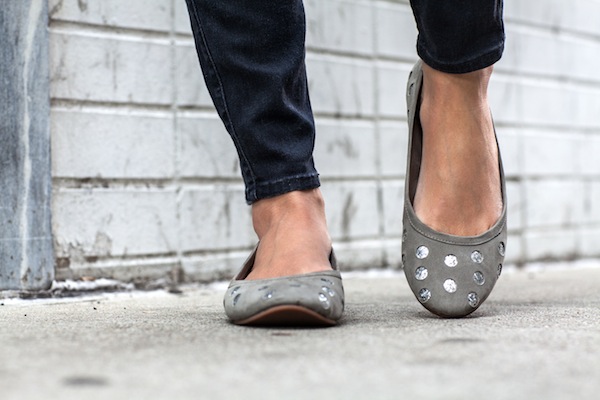 {The Mulberry ($165) in gray leather with silver polka dots.  Something really cool about this style is that rather than just putting glitter polka dots on the leather, we cut perforations into the leather and put a layer of glitter leather behind them.  These are my favorites.} 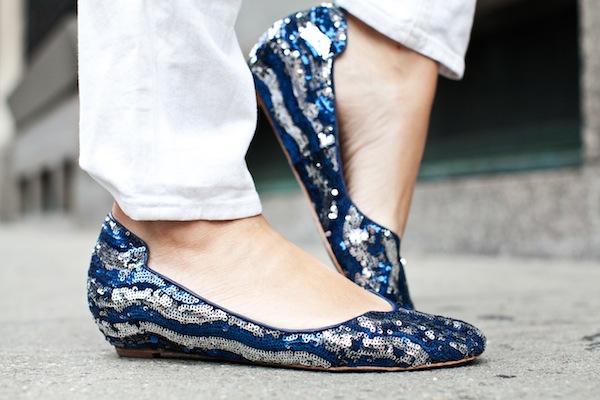 The Izabel Mini Wedges ($169) come in either silver/gold (top pic) or blue/silver.  I love the tiny little wedge inside.  It makes your legs look nice but  you are still wearing comfy flats. 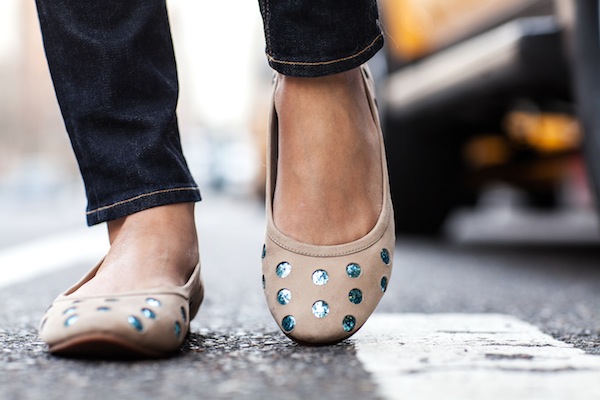 {The Mulberry Polka Dot in sand with mint glitter ($165)  This is my personal favorite from the whole collection.  Shopbop will be carrying the pink version in February.}