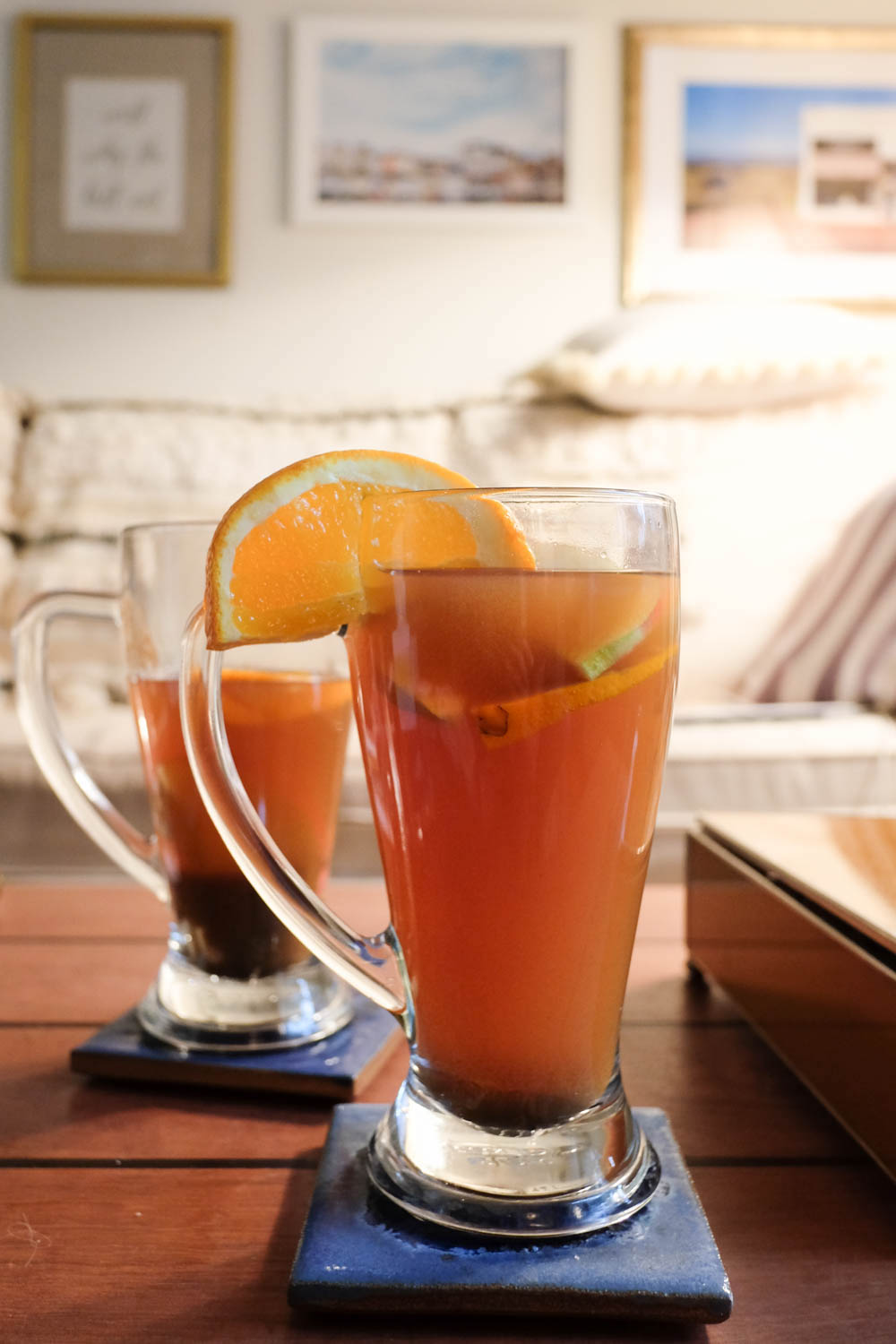 Can you believe that yesterday was the first day of Fall? I may be premature in posting this recipe, but I’m of the mindset of trying to post these things ahead of time so that you can bookmark them for later. It’s still hard to fathom drinking hot coffee right now, let alone hot boozy drinks… although I will admit that I had no problem engaging in some hearty taste-testing for this one – it’s a good one!

Warm, boozy drinks are one of my favorite things about Fall. Not to get all cliche on you, but is there anything better than being bundled up in a cozy cable-knit sweater + boots, drinking something warm and delicious? I think not. This cider recipe is easy to make and totally scrumptious. 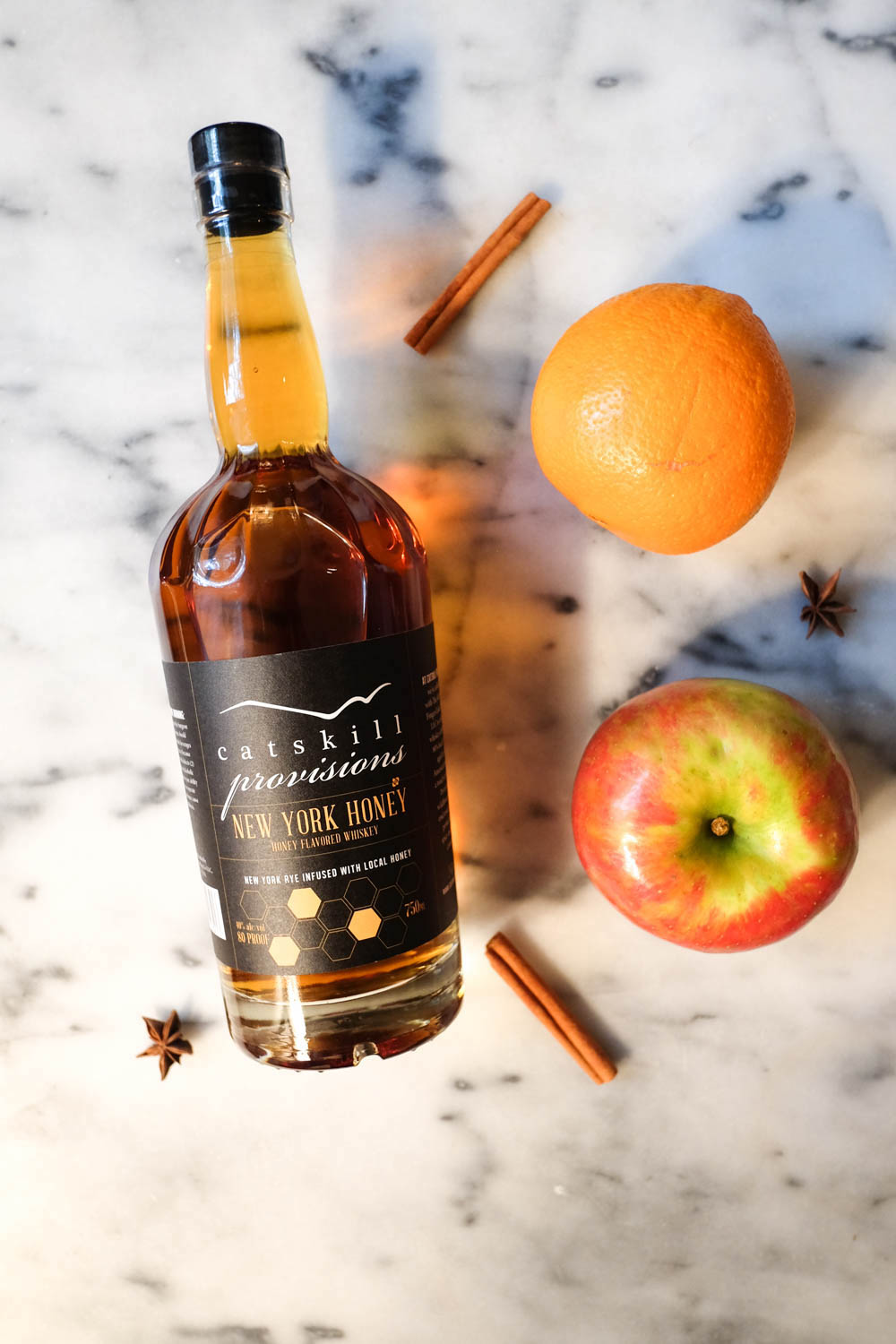 *This makes for a very boozy cocktail. In hindsight, I would probably dilute the booze a bit and do 2.5 cups of cider for every cup of bourbon!

I do have to gush about this whiskey for a second as it is incredible. I bought it at my favorite liquor store (they stock a bunch of amazing locally spirits and suggested this one when I told them I was making spiked cider). It’s so good. What makes it great is that it’s infused with honey. I firmly believe that every girl should have a good bottle of bourbon or whiskey in her bar. I was never a big whiskey drinker until more recently but I’ve started to really love it over the past couple years… on the rocks, with lemonade, or infused with bacon! 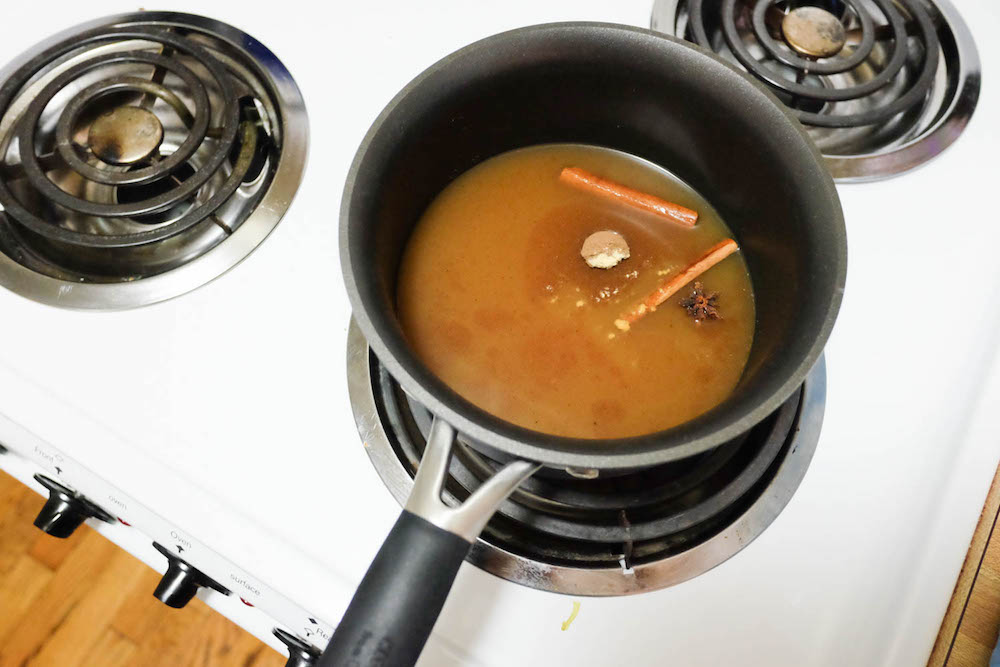 Combine the cider and spices (everything but the booze), and bring to a simmer. 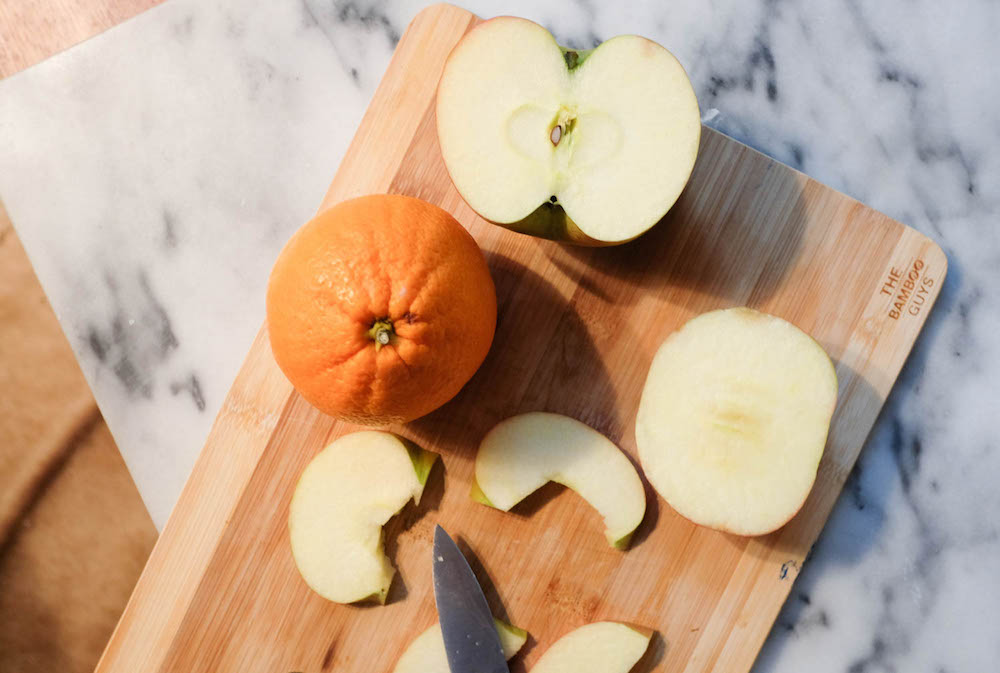 Slice up the apple and orange, and add to your mug. 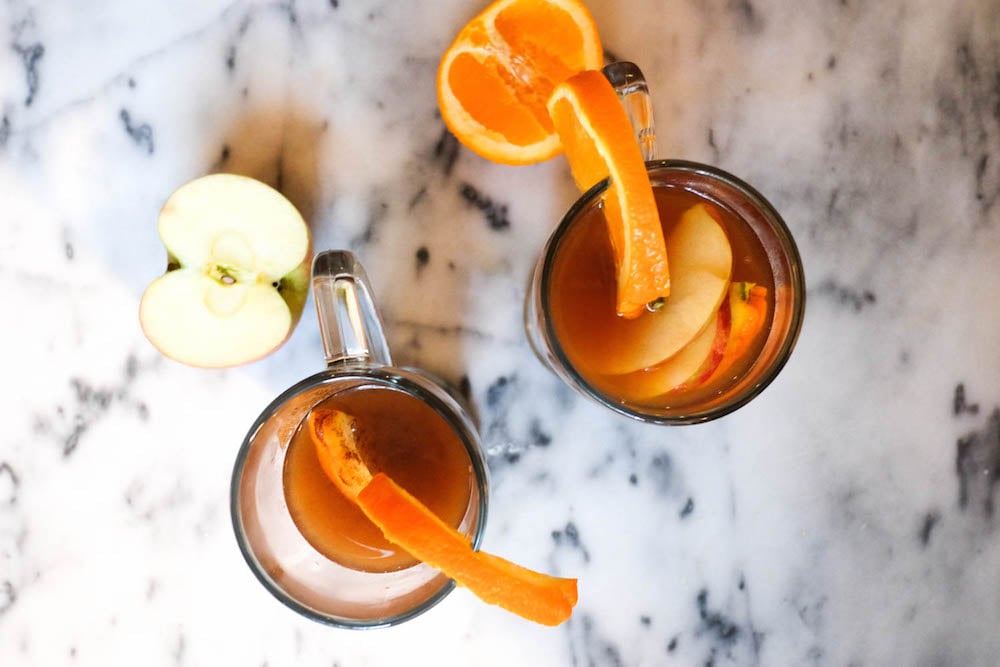 Once the cider is simmering, remove from heat and add the bourbon. Stir, and pour over the fruit. Enjoy hot! 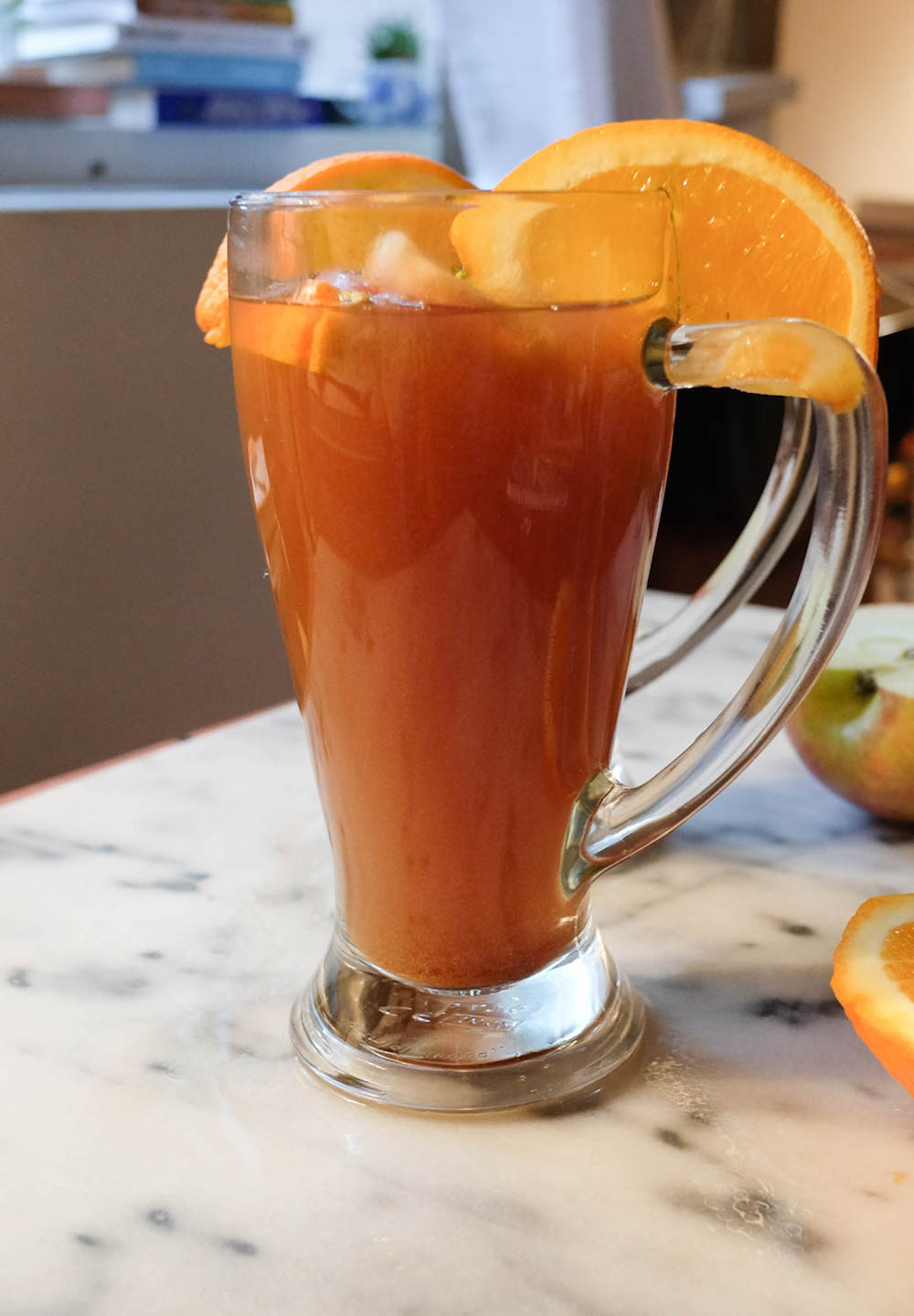