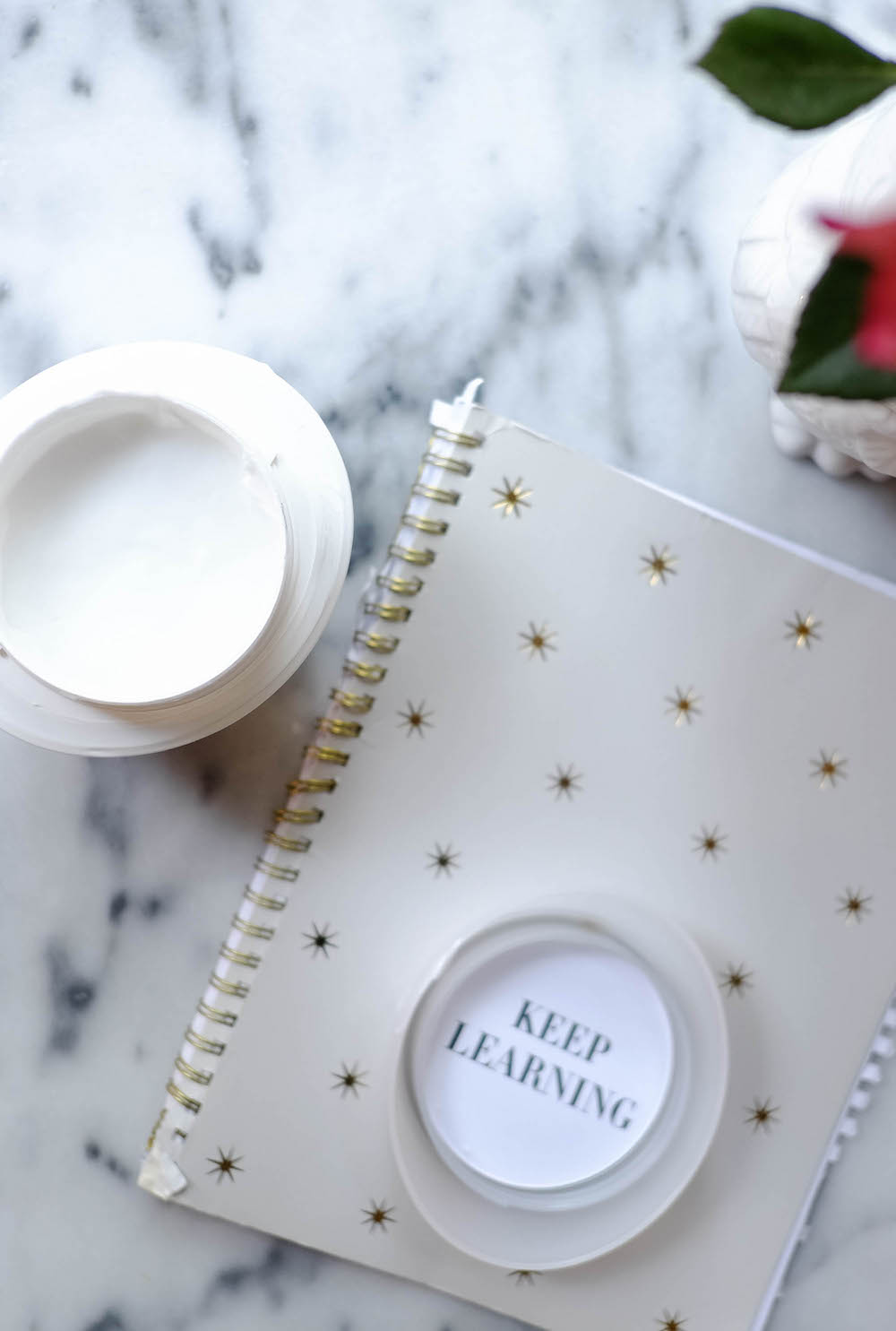 A funny thing happens when you hit your thirties. Suddenly, the talk goes from… “You’re too young to < insert milestone here.>” to… “Don’t you think you’re a little too old for that?” People mean well, but the reality is that we all grow and learn at our own pace. Sometimes I feel as though I have more in common with my twenty-something friends than my thirty-something friends… especially the friends who have moved out of Boston or New York. I think that’s city living for you… we’re so busy that we in a sense sometimes can forget to grow up.

I don’t see it as a bad thing. I feel like at 34 years old, I’m still learning and growing and developing as a human being… even more than I was in my twenties! Every day it seems, I learn something new – whether it’s about myself and what makes me happy, or something new that will help me grow my business.

For that reason, I find Pond’s Rejuveness’ new #AntiAgeLimits campaign to be really inspiring. Life is meant to be lived, period. We all have our own path, and your age, whether it’s “too young,” or “too old,” should never define or dictate your choices.

For me, this message is particularly relevant in that I have essentially changed careers four times. I’m not sure if I’ve ever talked about that here! Each one of those career changes complemented the next, and now it feels like it was a (somewhat 🙂 ) clear trajectory, but at the time it didn’t feel that way!

I started my career in 2003 as an Assistant Buyer for Filene’s Department Stores in Boston (now a part of Macy’s). I worked on the Women’s Fragrances business and loved my job. I was certain I’d work in retail forever… gradually climbing the ranks to buyer, then DMM, and so on and so forth. Alas, life had other plans. Our parent company was purchased by Federated Department Stores (Macy’s parent company) and I realized that to continue doing what I loved, I really had to move to New York.

I had two job offers on the table… one as an Associate Buyer for Macy’s… the other as a Marketing Manager for a fragrance company that had just been acquired by a big CPG brand. The Macy’s job paid more, but the idea of getting that kind of marketing experience was too good to pass up… I took a double leap of faith – moving to New York and also switching industries! The experience I’d gained in retail was incredibly valuable in my new role but it was still a huge change. And moving to New York was a massive, crazy change. We can talk about that more another day… but I was pretty miserable during my first year here. I was completely broke, in a long-distance relationship, and dying to move back to Boston. Something clicked after the first year though, and I ended up falling in complete + utter love with the city.

I worked in marketing and brand management in the beauty industry for almost six years. During that time I started a blog, just for fun. And on that blog, I featured a tiny, relatively unknown startup I’d seen in a magazine… BaubleBar. That (very early!) blog post led to meeting the BaubleBar cofounders, which led to them asking if I’d ever consider leaving to run their social media. At the time (this was over five years ago!) the idea of being able to do social media as a career sounded totally crazy (and awesome). I was so nervous (and scared… I was 28… it felt like I was too old to make such a big career switch… again). At the same time, I just had this feeling in my gut that I had to do it. So I did. I left a very stable job (and took a 40% pay cut!) and off I went… from the very structured corporate world to the Wild West of startups. It was crazy and amazing and one of the best decisions I ever made. At the time, there were only six of us… our “office” was more or less a giant table. We worked a million hours and had the most fun.

That brings us to a year ago. I was at a crossroads and so burnt out. I’d been at BaubleBar for four years and my equity had vested. The amount of hours that I was working (between this site and BaubleBar) was not sustainable. I wrote more about that here. And so, I took another leap of faith… this time, betting on myself, and this site. I was completely terrified to leave the safety and stability of a desk job. I was responsible about it… I saved and saved and saved… and I consulted at BaubleBar at first, which made for a smooth transition. I was still so scared. But it’s all worked out so far, and I’ve never been happier. I love getting to wake up every day and write this blog. I like being in charge of my own schedule (real talk: I wrote this post at 11:30pm… I do my best writing late at night!) And who knows what the future will bring. I hope blogging is around forever but if it isn’t, I’m sure there will be another giant leap. I listen to my gut and it hasn’t steered me wrong so far.

The point in telling you my own story is that our paths are all completely different. For some of us, the best path is a very linear trajectory… working for one really great company for our entire career. Others need to jump around a bit. Self-employment works for some of us; others not so much. But at the end of the day, you are never too old to continue growing and learning… or to make a big change. 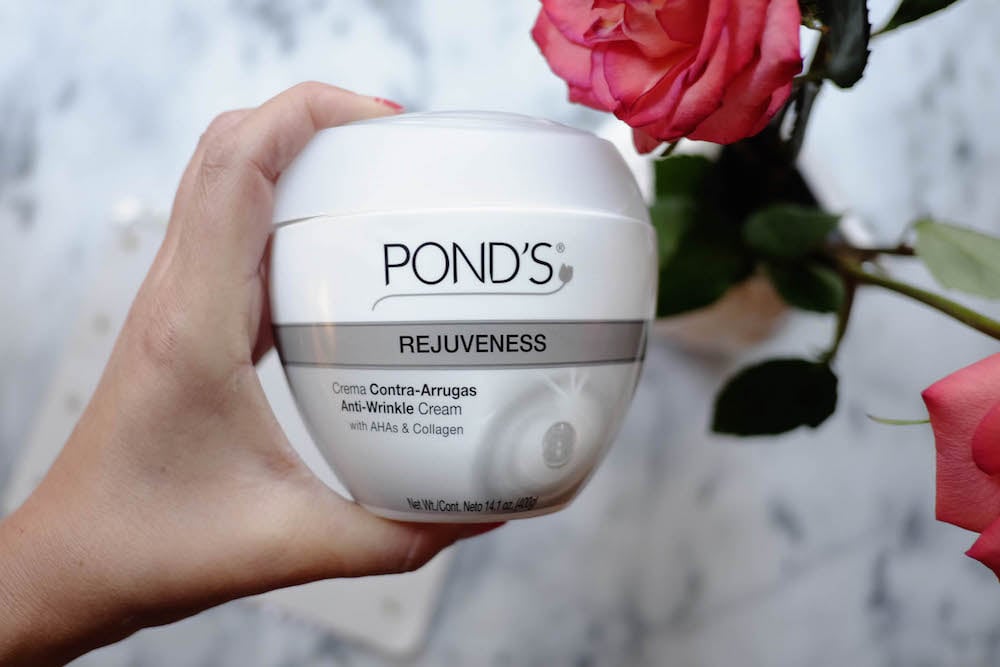 You can learn more about Pond’s Anti Age Limits campaign here. If you take one thing away from this post, it’s that age is irrelevant. You have to do what makes you happy. In a responsible manner, of course. 😉

In collaboration with Pond’s.