As far as bandage dresses go, I say no.  (Hell no, would be more like it.)  When dressing up, I’ll go short, but never super tight.  The other night, a good friend of mine showed up wearing an amazing color-blocked bandage dress (note: she also has a perfect figure,) and we got to talking.

Me:  I love your dress… although I could never wear anything like that!
Her:  You totally could… this thing sucks everything in and makes you stand up perfectly straight.

I felt like she was just being nice – but still, did a bit of research on the brand, finding quotes like “better than spanx,” and whatnot.  Intrigued… I tried one on.  She wasn’t lying.  Everything was instantaneously sucked in, my stomach was flatter than it’s ever been, and I looked sort of hot.  Sold!  (They also have fantastic skirts.) 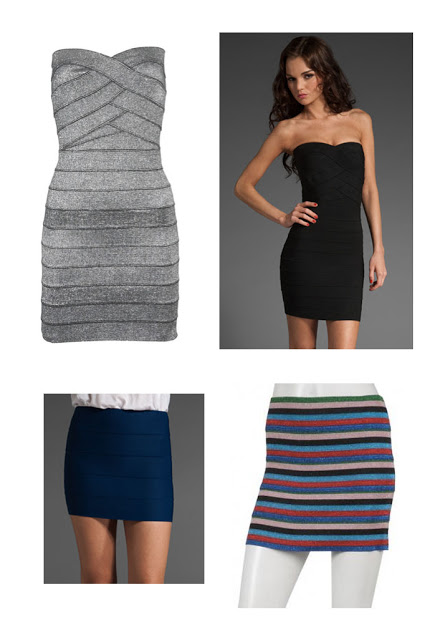 Note:  These dresses are not for events that require a lot of sitting.  They’re best worn to parties where you’ll be standing, mingling, etc… sitting is on the more difficult side!

I should also note that I’ve also tried on Herve Leger and BCBG bandage dresses – without nearly the same effect.  This brand is magical!