(Nordstrom really failed me here… I bought this dress and immediately after, they put it on sale! So it’s only available in a few sizes but you can get it here too! I looove gingham + I love yellow, so I put a bunch of fun yellow gingham things in the widget at the end of the post too. It runs true to size and I’d say the yellow is a bit brighter in person.)

Last week I got to see an advanced screening of Always At The Carlyle (which was amazing and should 100% be your weekend plan if it’s playing near you – watch the trailer here) and it got me thinking about my early years in New York.

For whatever reason, the documentary had me feeling a bit nostalgic and brought back some old memories from twelve years ago when I first moved here! I think that a lot of you, especially my younger readers, think I have everything figured out (I don’t). And in some ways, yes, I have figured some things out, but keep in mind I’m now in my mid-thirties. I’ve had a long(ish) career and live in a very nice apartment now and am lucky to be able to afford to do a lot of fun and fancy things in the city but that was definitely not always the case! I moved here when I was 24 years old. I had worked for a little over three years in Boston and was offered what was at the time, my dream job – as an Assistant Brand Manager for P&G’s prestige fragrance division. The plan was to stay for two years, get that P&G experience on the resume, and move back to Boston. Things don’t always go as planned… I got sucked in!

Being young in this city is really, really hard. It’s amazing and fun too, but it’s also really hard! I wouldn’t trade those years for anything though – they were some of my favorite memories.

I arrived here in January 2006. My aunt in New Jersey let me live with her for three months while I saved up the money to pay for first, last, and security deposit. There was no signing bonus, my parents didn’t have the extra funds laying around to help me, and I had what was a verrrrry much entry level salary. I had credit card debt and very little savings. Moving to New York is insanely expensive and I definitely would not have been able to take the job were it not for her… I’ll always be so grateful to her for that! Every morning I was up around 5am and on a 7am train… I’d transfer at Secaucus and brave the Penn Station craziness before taking the subway over to 909 Third Ave, where our offices were. It made for a long day and sometimes I would fall asleep on the train ride home and have to be picked up at a different station. Luckily my aunt and uncle were so patient with me! They’d tease me but always come and find me. #hotmess. I was also training for a marathon so I’d go out and run a casual 6-8 miles every night when I got home around 7 or 8pm. (Oh to be 24!)

I decided to live with an acquaintance, who ultimately became my best friend. It was a friend set up. Our other friend was like, “you two are like really happy sunshine-y people and you’ll get along great!” She seemed normal, I guess I seemed normal, so we decided to live together. This could have gone very badly but it worked out incredibly well. We were great roommates and she’s still one of my best friends today. We rented a one bedroom apartment in Stuyvesant Town. I think someone’s parents suggested it as it was a really safe place to live and there wasn’t a broker’s fee. We got creative with the layout, splitting up the living room with bookshelves and a curtain “door.” We found a Pottery Barn couch at a thrift store and everything else came from IKEA and Craig’s List. The apartment itself was actually pretty nice. It’s probably the most modern/updated apartment I’ve lived in… but we were also sharing a one bedroom. We had an elevator and a trash shoot and I think even a dishwasher. (I don’t even have a dishwasher in my current apartment… they’re rare!)

In hindsight, the Stuy Town apartment was the perfect first New York apartment as it was really safe, in a convenient area, and everything was pretty new. (I will add that we only lived there a year as the next year they increased our rent by SIX HUNDRED DOLLARS, but that’s another story.) 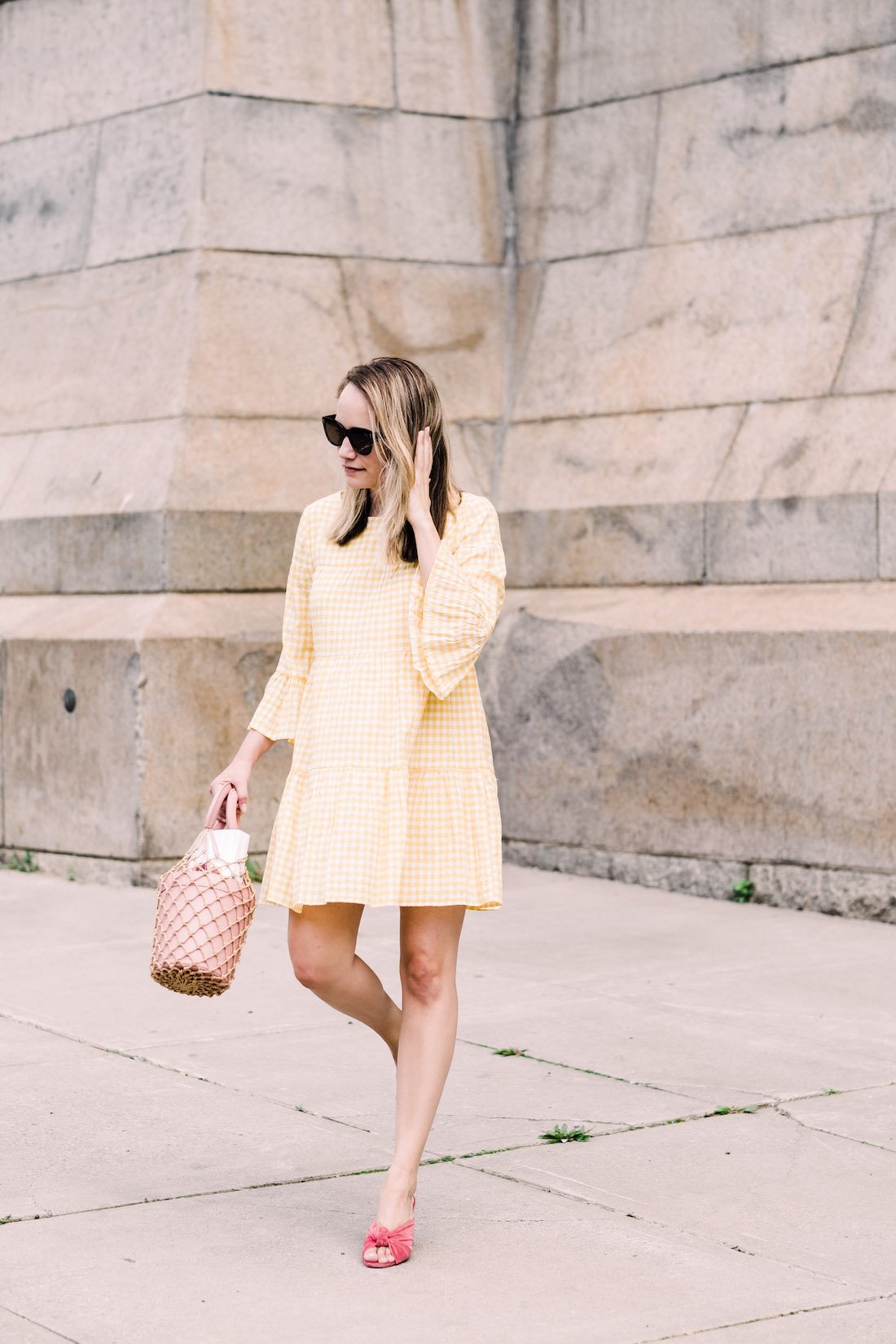 We were almost always broke. During my first two years in New York I probably overdrew my bank account at least every other month. My new salary was about 20% higher than my Boston salary which wasn’t saying much. My rent, on the other hand, had more than doubled. We both really really struggled to make ends meet. Every last dollar was extremely carefully (and sometimes creatively) budgeted…  an extra beer at happy hour meant dinner was noodle ramen or two $1 hotdogs from Gray’s Papaya (although that was a lesson too – we were once sick for a week from hot dogs so that was eventually ruled out!)

We drank exclusively two buck chuck from Trader Joe’s and cooked every meal at home. Our favorite treat was St. Andres cheese from Trader Joe’s (still my favorite indulgence). Some of my best memories are when Nicolette (roommate!) would convince me to skip my long run after work and sit on the couch and drink wine and eat cheese. We thought we were the most clever with our bunny ears antenna – it got most channels without us paying a dime. We didn’t have WiFi but WiFi was a lot less important back then and I don’t think I even had a laptop. We were masters of public transportation (I still take the subway everywhere, but we knew the bus routes too back then).

We both had jobs that had fun perks like fashion weeks and the occasional swanky rooftop party, and we almost exclusively shopped at Forever21 for those events. (I still have a soft spot for F21 – you can find some really great stuff there!) We had the best time, though. We always had fun plans, and if we didn’t we found fun (free) things to do around the city. Gradually, we both climbed the ranks in our respective careers. Something happens around age 28-30 where you get a few promotions and suddenly you can afford your life here. I mean you’re still not totally comfortable, but you’re no longer overdrawing your bank account and eating ramen or bagels for dinner. 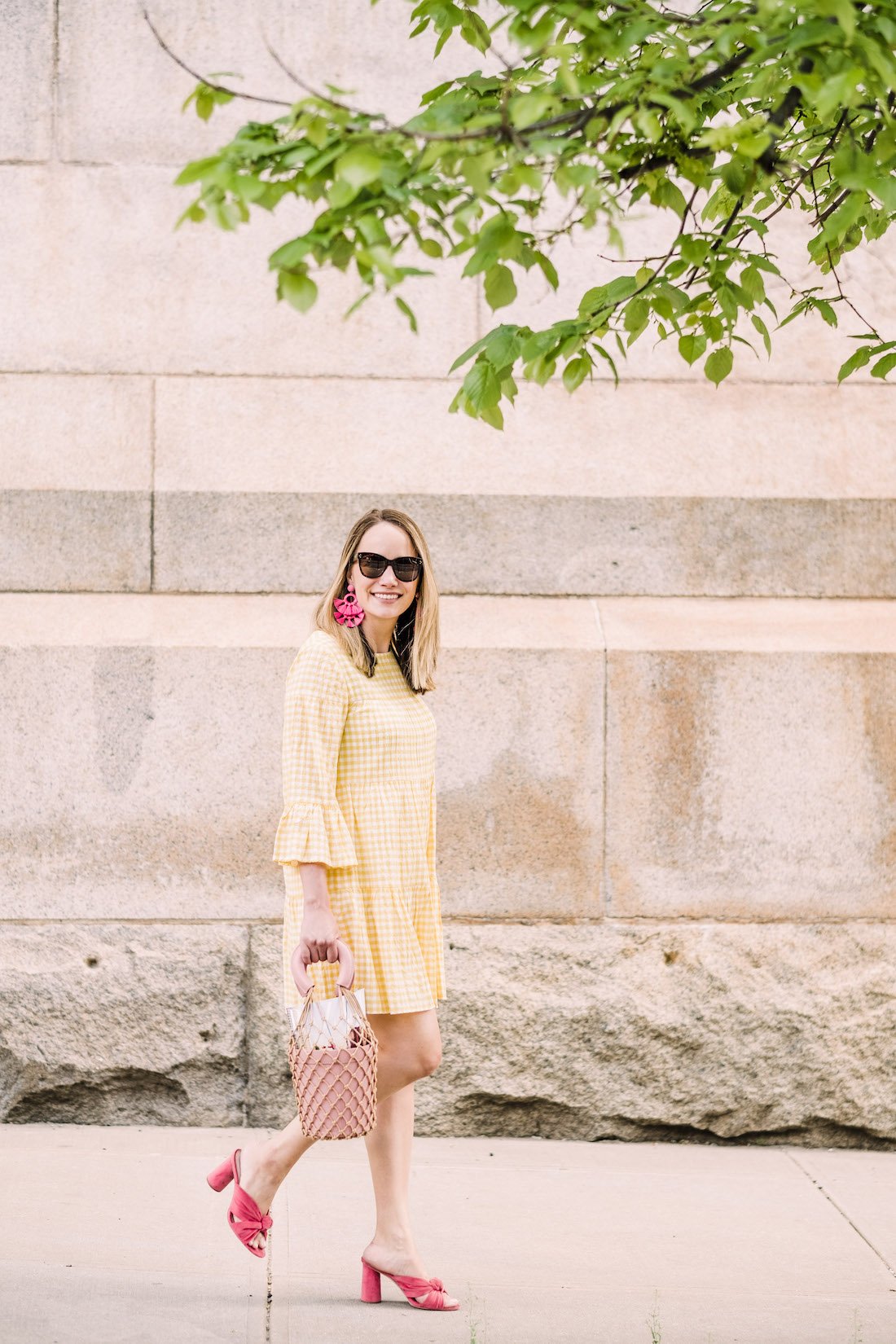 Back to The Carlyle (specifically Bemelman’s Bar), which was the initial place that sparked that post. Today, it’s is one of my favorite spots in the city. Anytime I have friends in from out of town we will go museum hopping on the UES and then The Carlyle for at least a glass of bubbles. I’ve had many a romantic evening there (it’s the best place to end a date), and a few sloppier nights when I was younger(ish).

But my very FIRST memory of The Carlyle is a funny one… depending on how you look at it. Nicolette really, really wanted to go. I had never heard of it but she explained how it was one of New York’s most iconic spots and the perfect place to go for a classic cocktail. We would go for just one drink, and then we would go and meet our friends a few blocks East at a dive-y UES bar (probably Brother Jimmy’s if I had to guess). We walked in and I was instantly mesmerized. It was like stepping back into time… I had never seen anything like it. We sat down and it was all white linens, an attentive, impeccably dressed server (he brought us snacks!), and candlelit ambiance. We each ordered our one drink (which was probably around $20) but what we didn’t account for was the cover charge! As there was live music that night, there was also a $35 cover. Oops. That was our budget for the whole night. And so we ended up back home on the couch (with more two buck chuck!) laughing about our mistake.

I’m rambling a little bit now but you should go see the movie this weekend if you live in New York. And if you’re a fellow New Yorker with a story like this I would love to hear it. Sometimes I think it would be fun to publish a book full of short stories written by people my age – everyone has an interesting story or two! 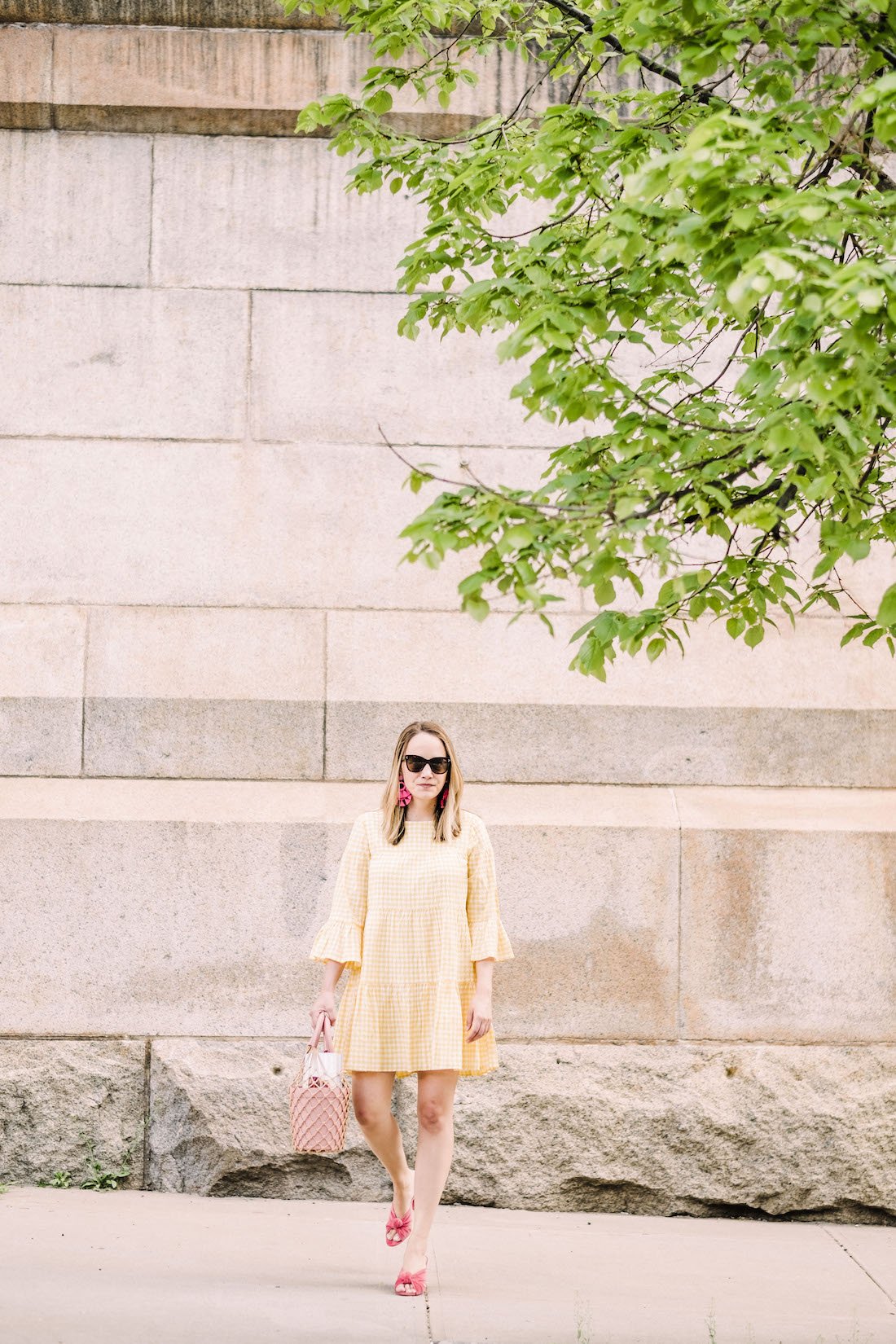 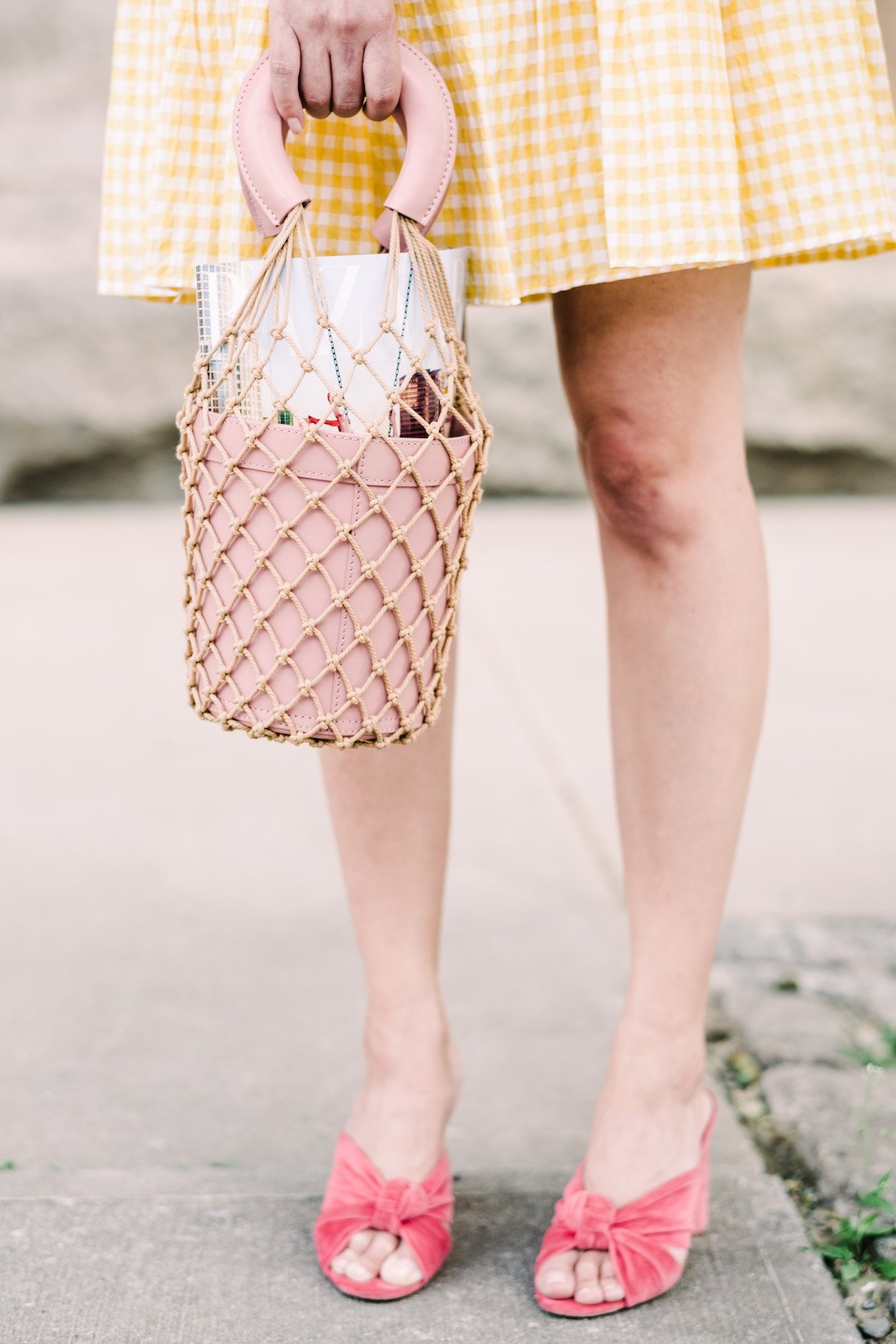 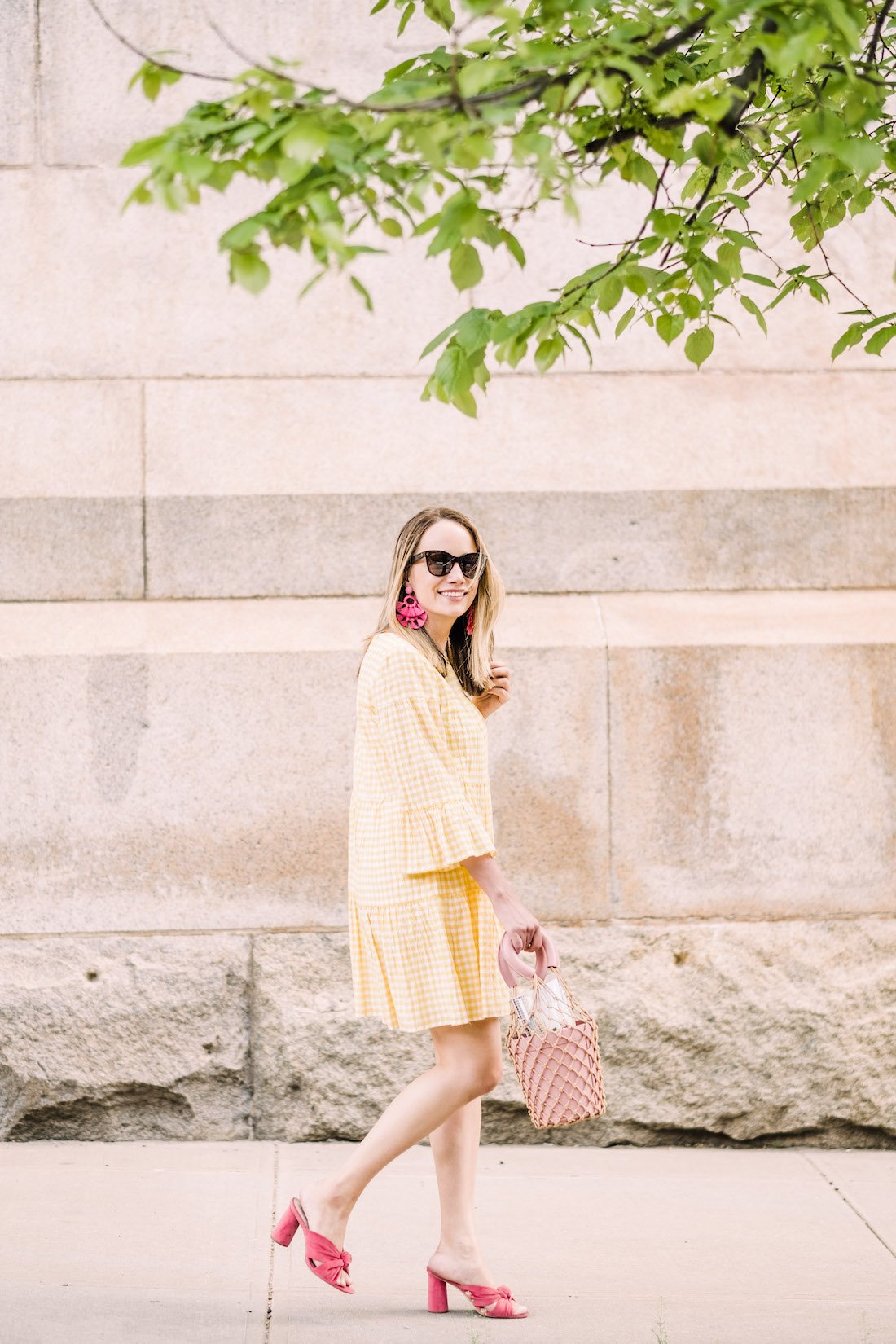 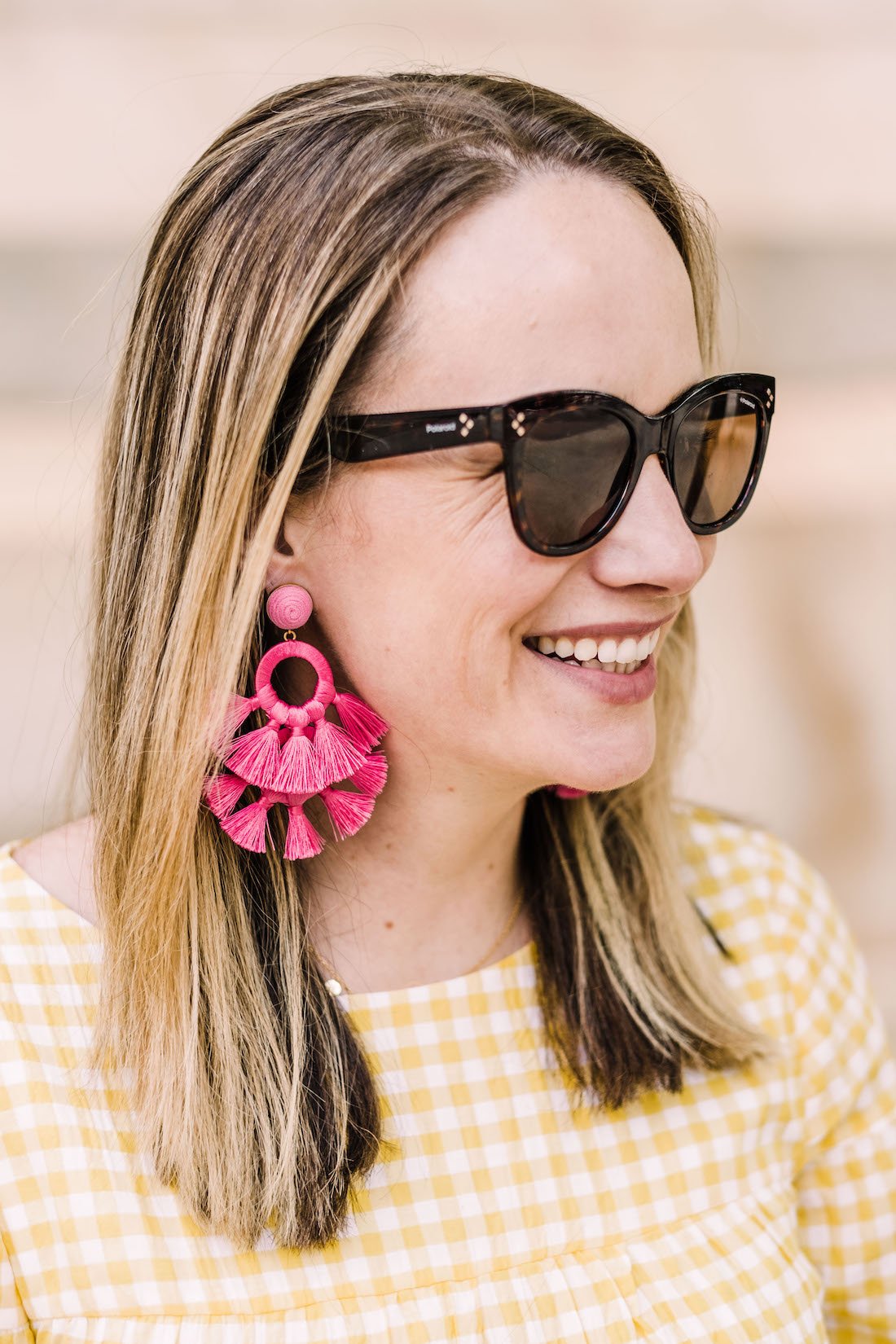 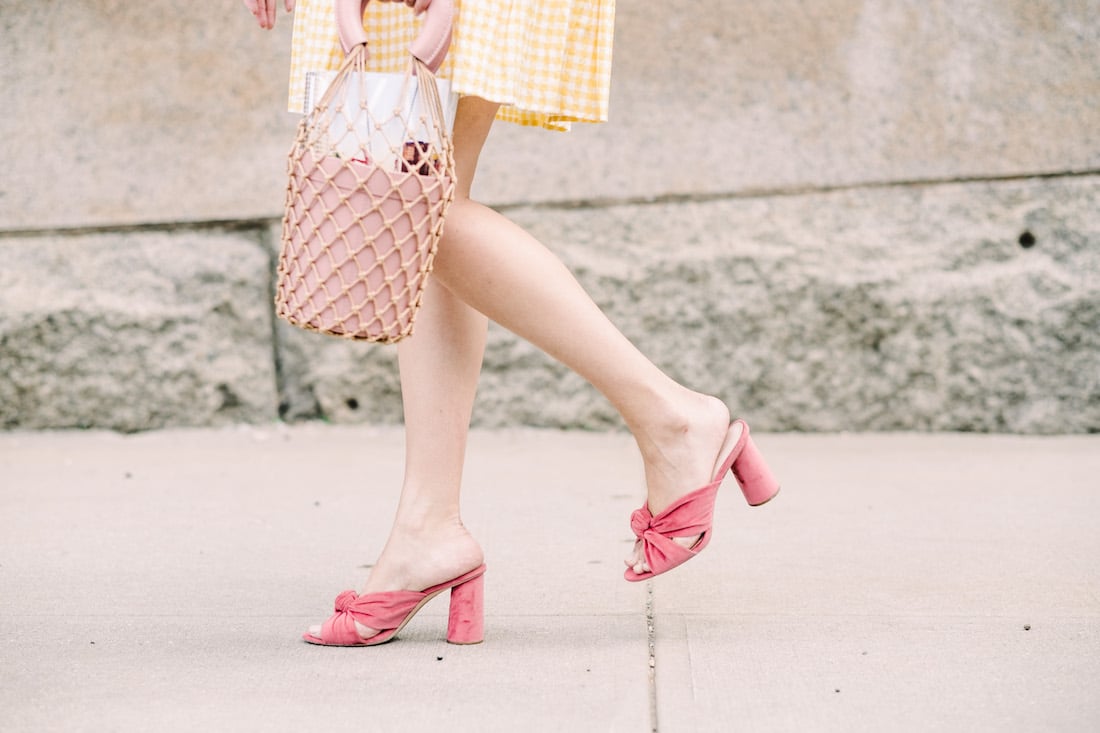