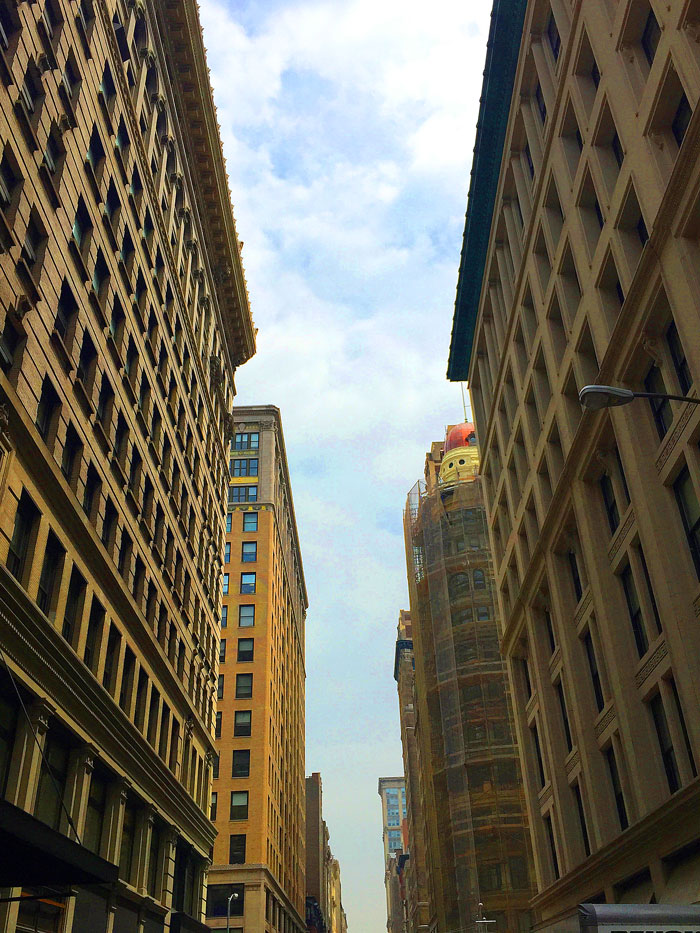 I had a different post planned for this afternoon. It was a round-up of pretty white dresses and accessories. But then today happened (and mercury went into retrograde), and I decided to go a different route. There will be plenty more pretty things on the blog later this week. But guys. Do you ever have one of those days where you just feel like you should have just stayed home? I had one of those mornings today. If I had just stayed in bed, today would have been so much better. I’m going to tell you what happened, but ask you kindly not to judge me too badly because a lot of what happened today was my own fault.

I’ll start by saying that booking a class with one of my fave instructors (Charlee!) can be nearly impossible. If you are a Soul Cycle devotee, then you know about Super Soul. Soul Cycle gives you this option where you can pay double the class fee to book your classes ahead of time. Yes, that’s right… there are people who pay $3,500 for a package of 50 classes, which works out to $70 per class. They don’t get anything extra, but they can book ahead, getting the best spots in the best classes. I obviously do not do this, because I have a hard enough time paying $30 per class. So, Charlee’s classes are nearly impossible to get into when you factor in the Super Soul-ers and everyone else who (like me) logs in on the dot at noon on Monday to book her classes. If I can get into one of her classes in a given week, I’m really happy.

I was excited that I managed to sneak into Charlee’s 10:30am class today… until I realized I’d accidentally booked TriBeCa. As a general rule, I avoid TriBeCa because I live on the east side of the city and there is no easy way on public transportation to get there. Also, whenever I try to go there, I get lost. Always. But then I remembered that I had a credit with uber that I could use. Perfect. I’d treat myself and take uber to class. (Yeah, I know… uber to the gym. Gross.)

I woke up early, answered emails, did my usual social media… and got into my uber at 10am with plenty of time to spare. (Or so I thought.. the map on my phone said that I’d be there by 10:17) But then… traffic. So much of it. Suddenly it was 10:35am and I was at the intersection where Soul Cycle is supposed to be, unable to locate the actual studio. I was stressed. You don’t walk into class more than five minutes late. Even one or two minutes late is embarrassing. It’s dark, hard to set up your bike, and it’s really distracting + inconveniencing to the rest of the class. So there I was, walking up and down Warren street, looking on both sides of the streets and completely unable to find the studio. At 10:40am, I gave up and wandered into a coffee shop. At this point, I was so stressed/irritated that I was near tears.

I ordered a green juice and an iced coffee and plunked down $17.00 for the two. (I’m bad at math but something seems off there?) The shop was packed and two (very large… large as in tall + broad) businessmen were standing squarely in the middle of the shop, talking loudly about their Hamptons plans. They looked like bankers, so we’ll just refer to them as the bankers, going forward. There is absolutely nowhere to sit. The shop is growing louder, and the bankers are in turn talking even louder (and completely unaware of their surroundings / the people trying to politely sneak around them and get some milk for their coffee). The bankers are talking even louder and still unaware of their surroundings save for a smirk at me as I stood there like an idiot in my gym clothes. My head started to spin, and I spilled my coffee. All over my pants. At that point, all I could think about was how much money I’d already spent, and how much time I was wasting. And how I’d now also wasted my coffee, and homemade coffee would have been so much better.

By some stroke of luck, I spied a staircase, and ventured down… hoping that it was more seating and not the restroom. And it was. Blissfully empty seating, except for a nice girl who shared the Wifi password with me. I exchanged maybe four words with this girl, but it made my day so much better, just getting a smile from a stranger. So I sat down, drank my juice, and typed out this little story, unsure of whether I’d actually hit publish. Because really out of all the things you could read today this is just a bunch of nonsense about a morning that wasn’t even all that hard in the grand scheme of life and all the real problems + things that could actually go wrong. My girlfriends and I call these “fake problems,” but sometimes our fake problems are just as annoying as the real ones.

But I did decide to publish this because despite the fact that I sound like a total brat who wastes all of her money away (uber! soul cycle! green juice!) I know that so many of you live in New York too and get it. Life here is far from perfect, and living here is hard. Maybe “hard” isn’t the right word… “irritating” is probably a better choice. You waste a lot of time, living here. Most of the time you waste is spent waiting in line or trying to get somewhere. And you waste a lot of money, too. ($15 for a glass of mediocre wine? $35 for an exercise class? Sure thing!) I don’t even bat an eye at these things anymore, but then I’ll spend time in a city where things are so much less expensive and remember that this actually isn’t normal. We won’t even talk about rent today because that’s just revolting. My friends in other cities all have mortgages and beautiful homes, and I’m just dumping piles of money down the drain every month to live in an overpriced urban treehouse (aka a lofted studio). Whatever, it’s cool.

Here’s the thing. If you know me/read this blog regularly, you know that I love this city. Passionately. There’s nowhere else I’d rather be. So much to do, see, eat… so many amazing people, so many opportunities career-wise that I wouldn’t have if I lived elsewhere. But here’s the other thing. To survive here, to thrive here, you have to be okay with all of the above stuff and just roll with the punches. Nine years (it will be ten in January!) of living here have defiitely toughened me up. The weirdest stuff has happened to me here (and continues to happen) but it rarely phases me. One of these days I will tell you about my early apartments here and some of my misadventures from my twenties… that will make for a fun post.

So for whatever reason, today phased me big time.  But you know what? It’s not every day that this kind of thing happens. Most days I cook my own meals and take the subway or walk/ride Citibike, so I barely spend any money. But then there will be a day like today and I’ll find myself curled up at home in my sweatpants, frantically petting my cat + looking at apartments in Charleston on Craigslist. The key is remembering that most days don’t suck, and that the irritation is usually temporary.

Also, just a heads up for you all… I mentioned it before but Mercury just went into retrograde (til June 11th) which means that life is going to be a little crazy for the next few weeks. Yes, I fully believe in that stuff, no I don’t expect you to believe in it too, but when mercury goes into retrograde my life always seems to go a little haywire.

I’m probably just feeling a little nostalgic, too. So many friends have left the city over the past two years, and so many more are leaving this year. I totally get it. Sometimes I think I’ll leave too. But then when I actually seriously consider it, I can’t quite imagine that, either. I love this city. And I know that if I did actually leave, I’d probably be back within a year.

(In case you’re wondering, after all of this, I went home, put on my comfiest clothes, made another coffee, and decided to restart my day. It’s going much better so far.)