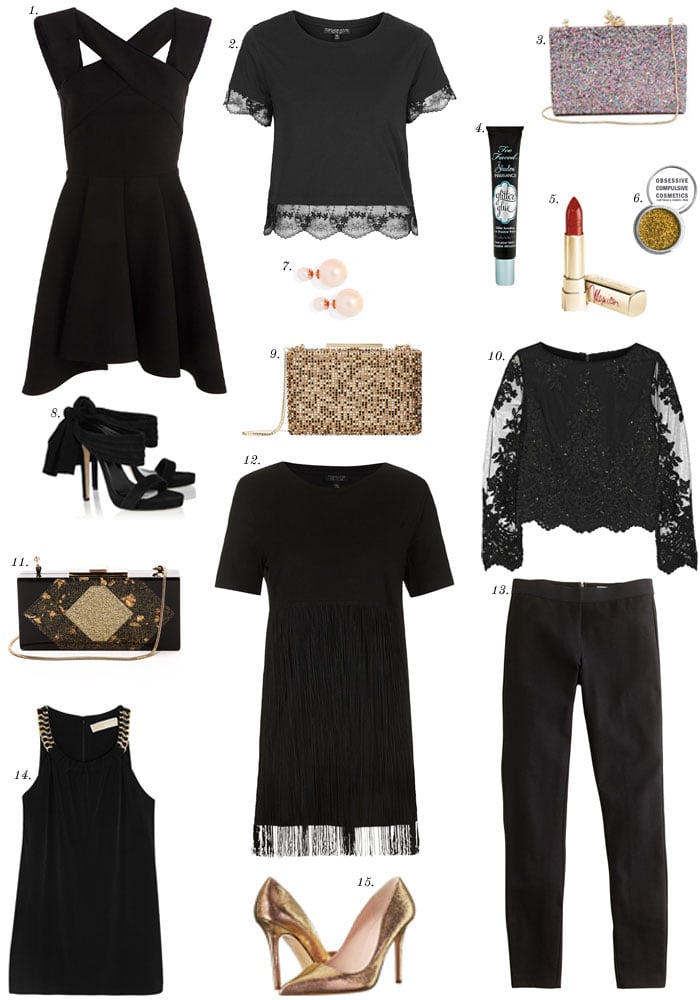 Ahhh New Year’s Eve. I’m keeping things really mellow this year and just doing dinner with one of my best friends. But that doesn’t mean we can’t dress up! I’m really into the idea of wearing all black – but playing with texture a bit. To add a little sparkle, pretty shoes are in order, and after reading this post, I’m going to attempt to use this and this to do a cosmic glittery gold eye. And obviously, red lipstick is mandatory… though I’ll probably just do a little smudge so that it’s not completely overpowering with the glittery eye. Also, did you guys see that BaubleBar’s 360 studs now come in an iridescent finish? I’m obsessed and will most definitely be wearing mine! Also, I just need to say – this dress is only $60 and it’s completely amazing! Really into fringe right now.