Ahhhhhh Morocco! This was definitely, far and away, one of my most favorite trips. It had been on my list for so, so long and when my friend Becca mentioned wanting to go (she was on a mini sabbatical between jobs and besides, we needed a re-do after Asia), I cleared my calendar.

We were fortunate enough to partner with La Sultana Hotels for our stay. They gave us a two night stay at each of their properties in Marrakech and Oualidia (we paid for the third night in Marrakech ourselves). Obviously we can let the photos do the talking but both Becca and I were blown away by both properties. They are both on the smaller side. The Marrakech property has 28 rooms and the Oualidia property has just 12! I loved feeling like I was staying in a smaller boutique hotel (more my speed) with the amenities and service of a five star resort. Next week I will be sharing a full guide to Marrakech; with everything we did… but today I wanted to share photos from the two properties – both are just beyond stunning and special. 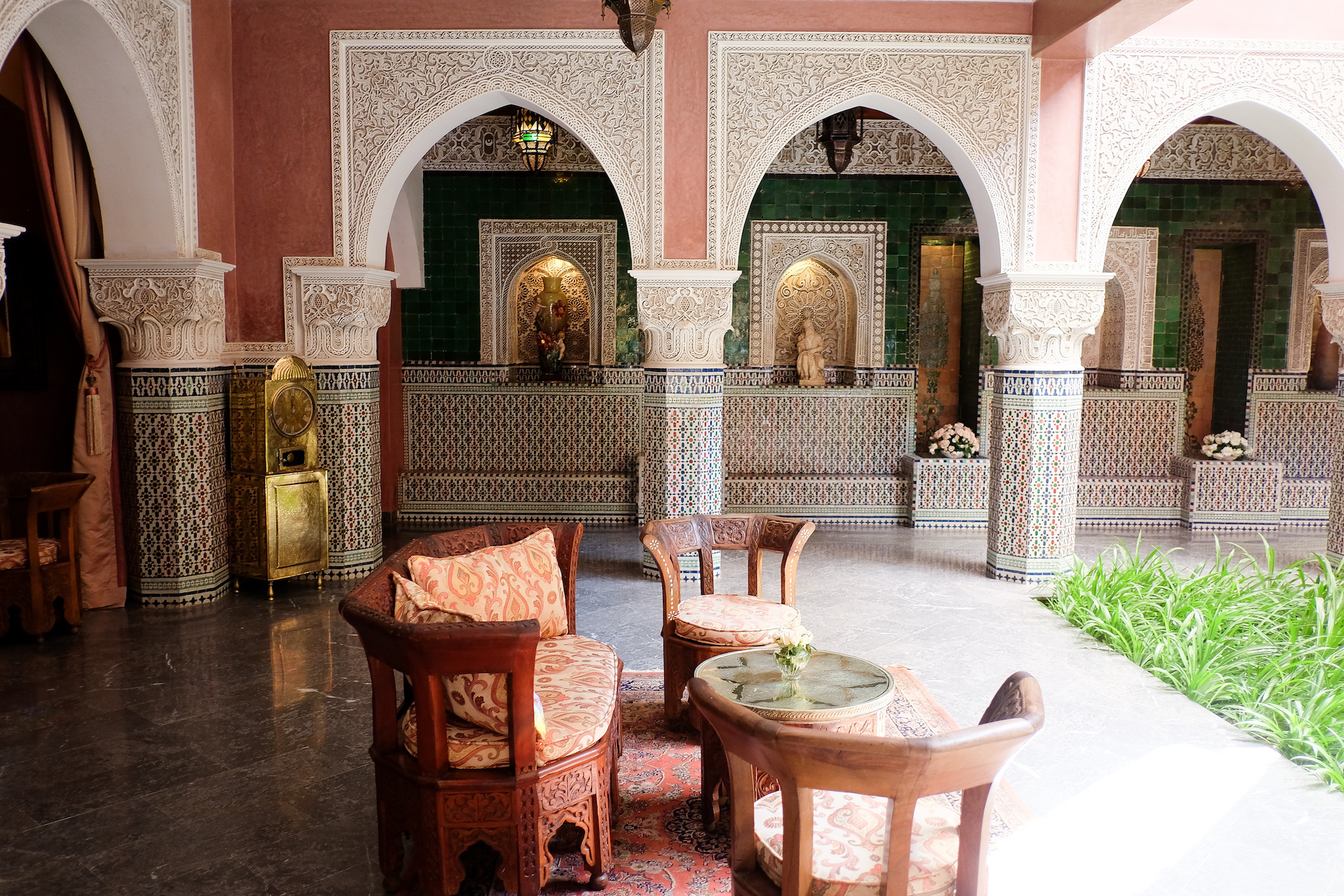 It is located right on the edge of the Medina (the walled city), making it a super convenient location for two reasons. First of all, the Medina is the best part of the city. It’s the historical part of town and where all the souks (markets) are.But as it’s on the edge, taxis will still drop you off at the hotel (they often won’t go too far into the walled city, especially when you get to the souks).

That’s our room, above! We were in the Giraffe room. All of the rooms are different (we peeked into the room next door which had a zebra theme!) which makes them each so unique and special.

Every single nook and cranny and corner of this hotel is special and has some sort of treasure in it. I would say that it was built for Instagram but it was built way before Instagram. You’ll be wandering off to dinner and notice a new corner you hadn’t seen before. Breathtaking (and dangerous because it was hard to go anywhere without wanting to pull out my camera to snap a photo)! 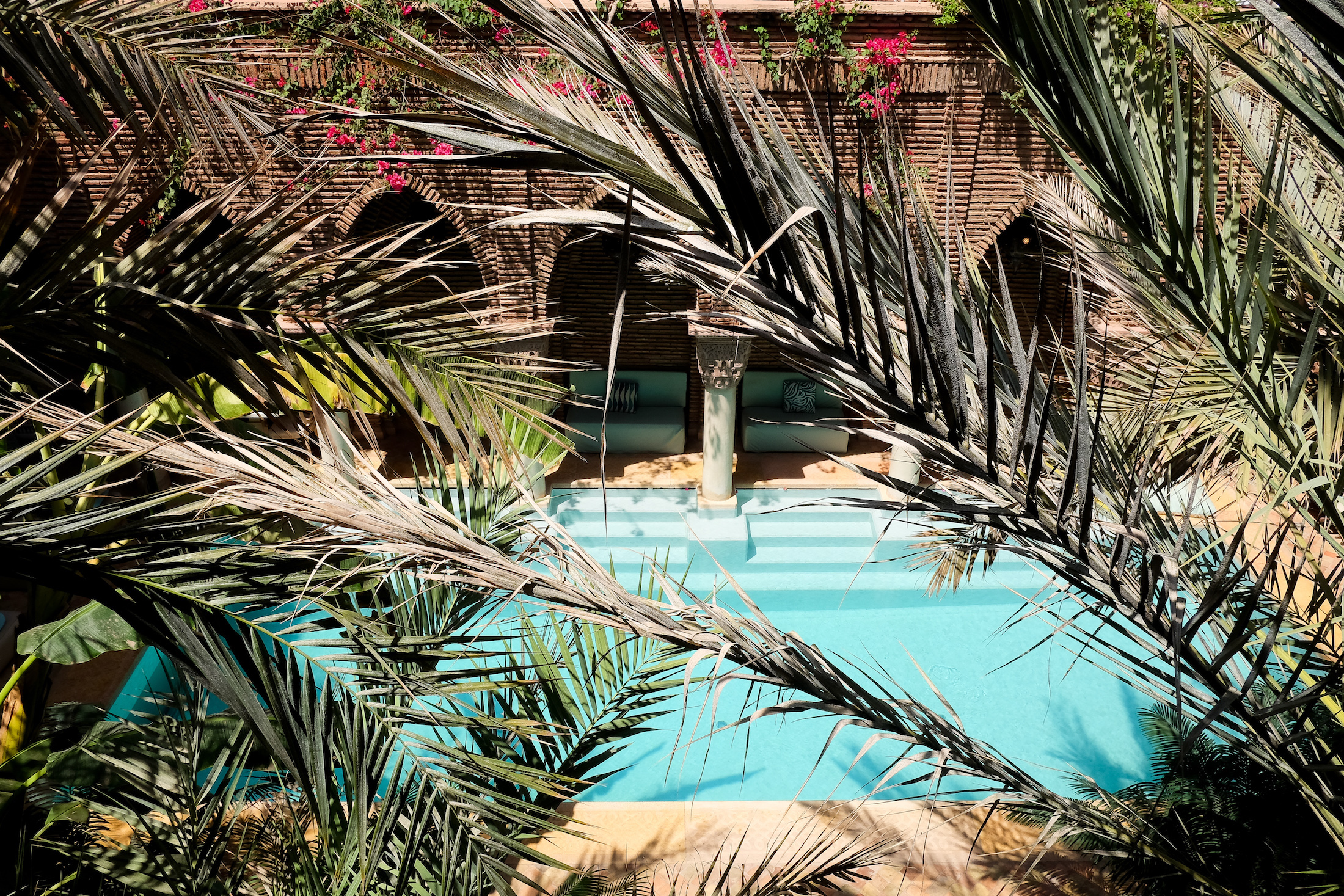 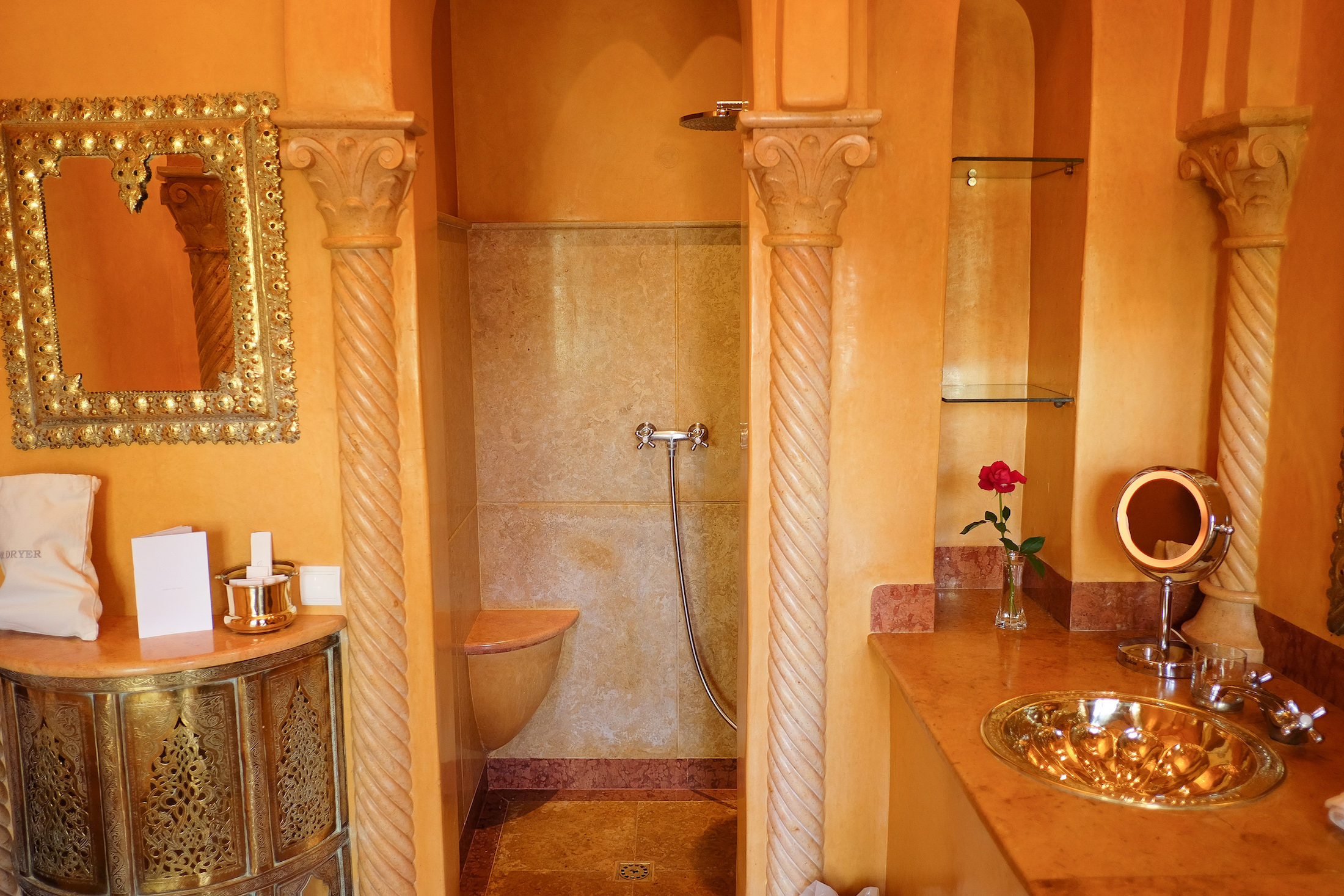 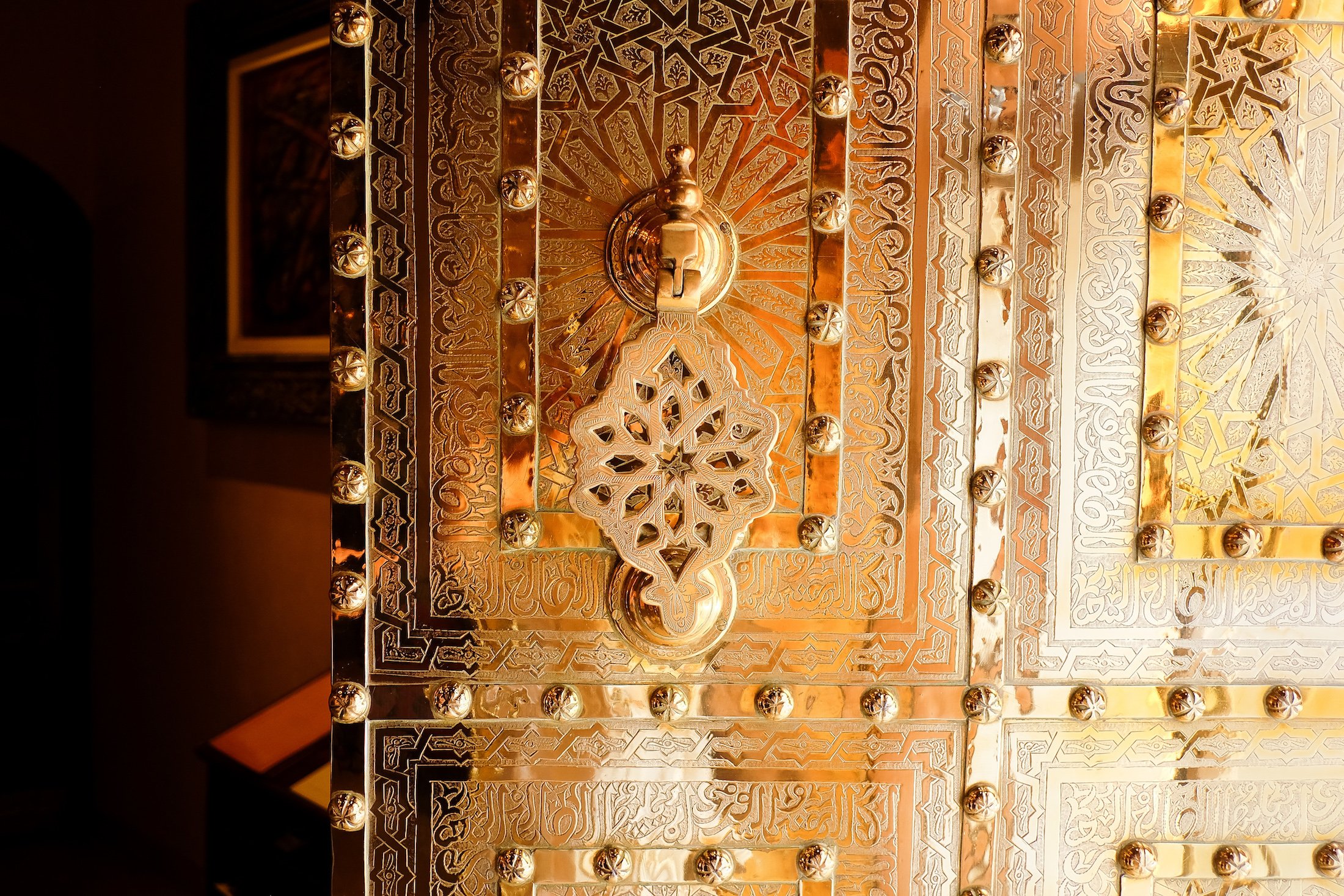 Gilded everything. This is the door to the hotel. Felt like entering a palace every time.

And the SPA! Amazing. We both went for massages and it was beyonnnnd. (In the right picture I’m wearing this dress from Mirth Caftans, and a necklace from Cara Brown Designs.) 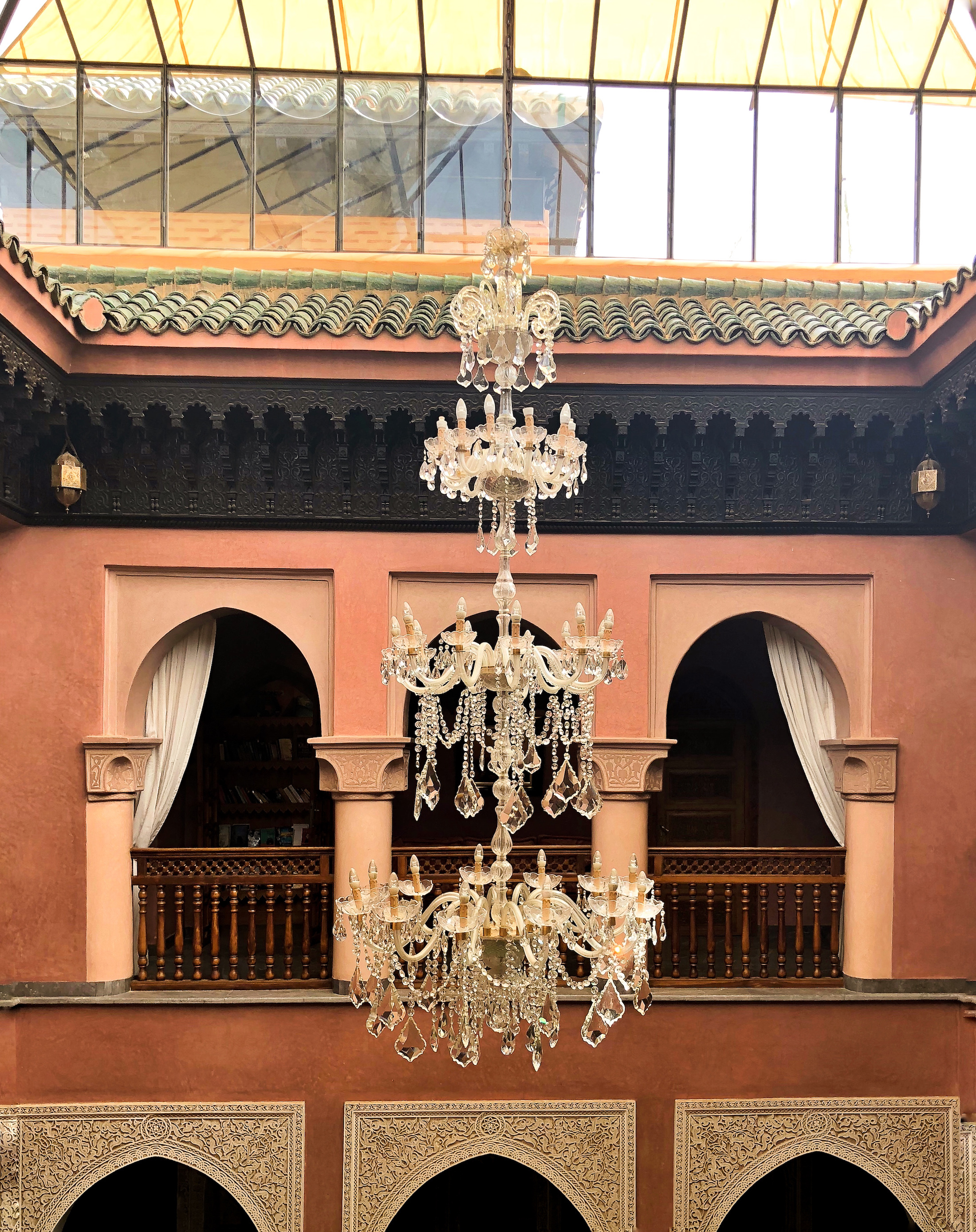 After three nights in Marrakech, we moved onto Oualidia.

Oualidia is a sleepy fishing town about 3 hours northwest of Marrakech. It’s where the locals go to unwind. Oualidia is known for surfing and for having some of the best seafood; especially the oysters.  The very sad part of this leg of the trip was that I got very sick just as we arrived. Being sick had nothing to do with the hotel; I had eaten a weird tangine the night before. So for the first 24 hours I was pretty useless. I’d booked a surf lesson which I had to cancel, and there were no oysters for me! On the second night I felt a little bit better and had an amazing clam pasta and tried the oysters. They were SO good! 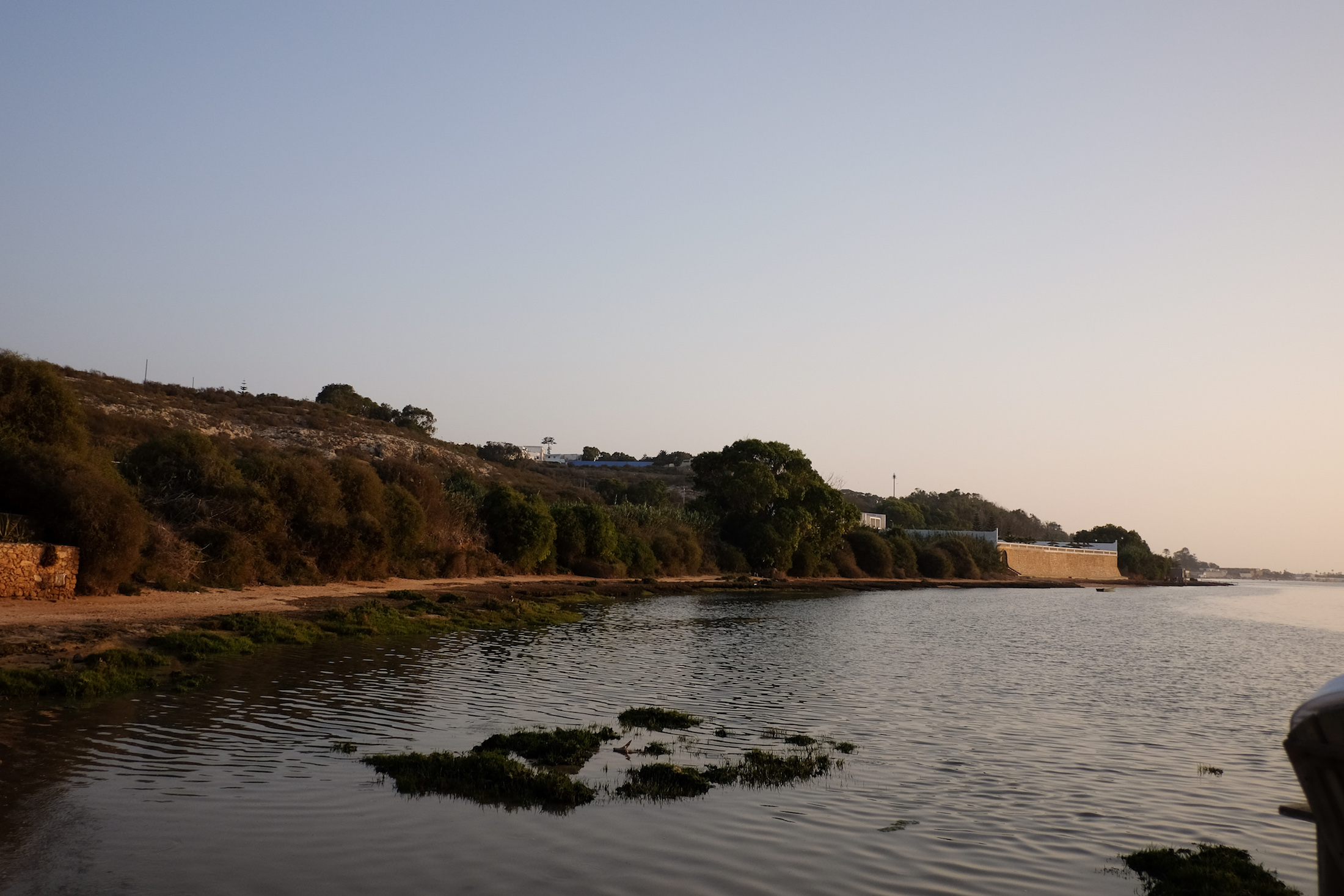 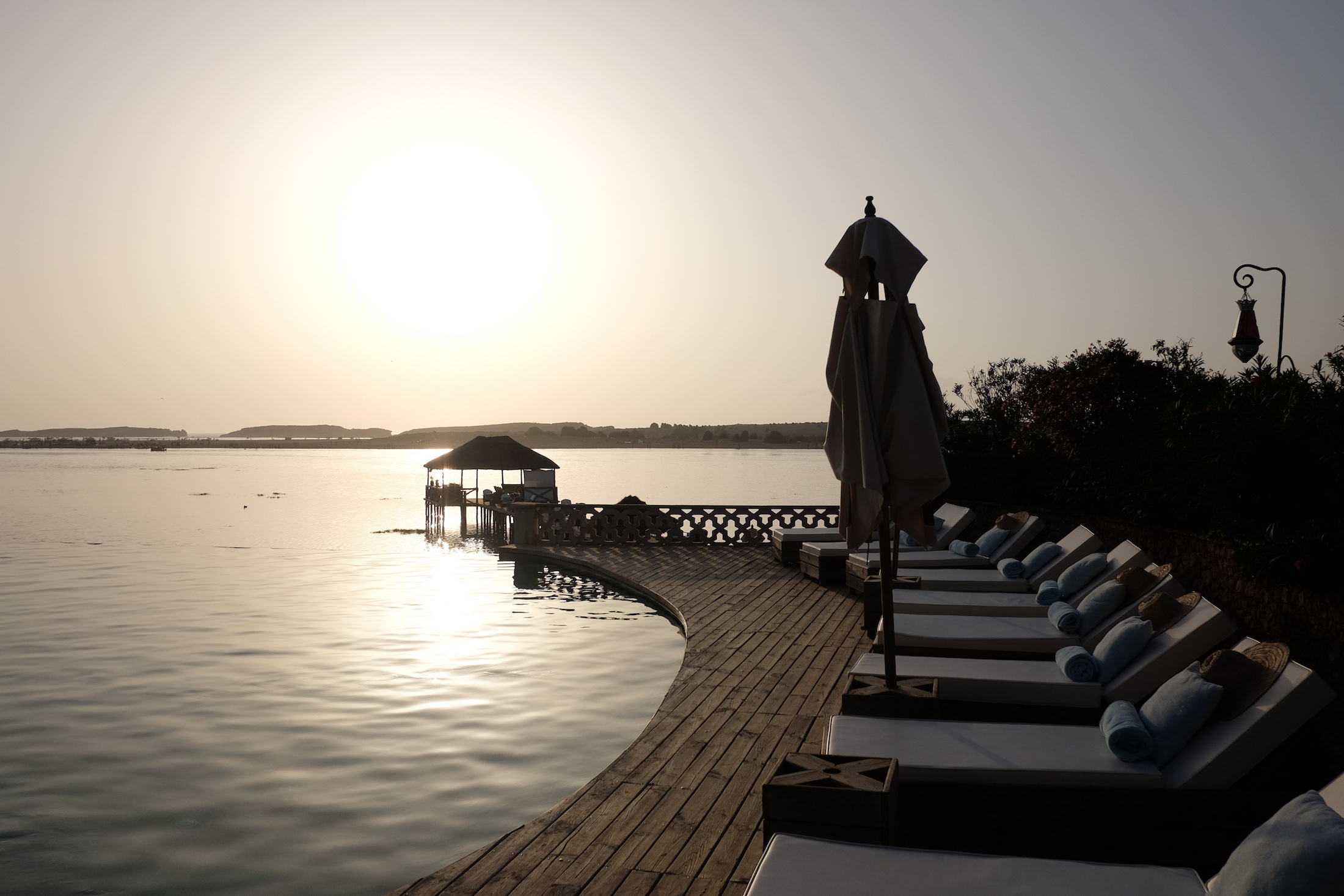 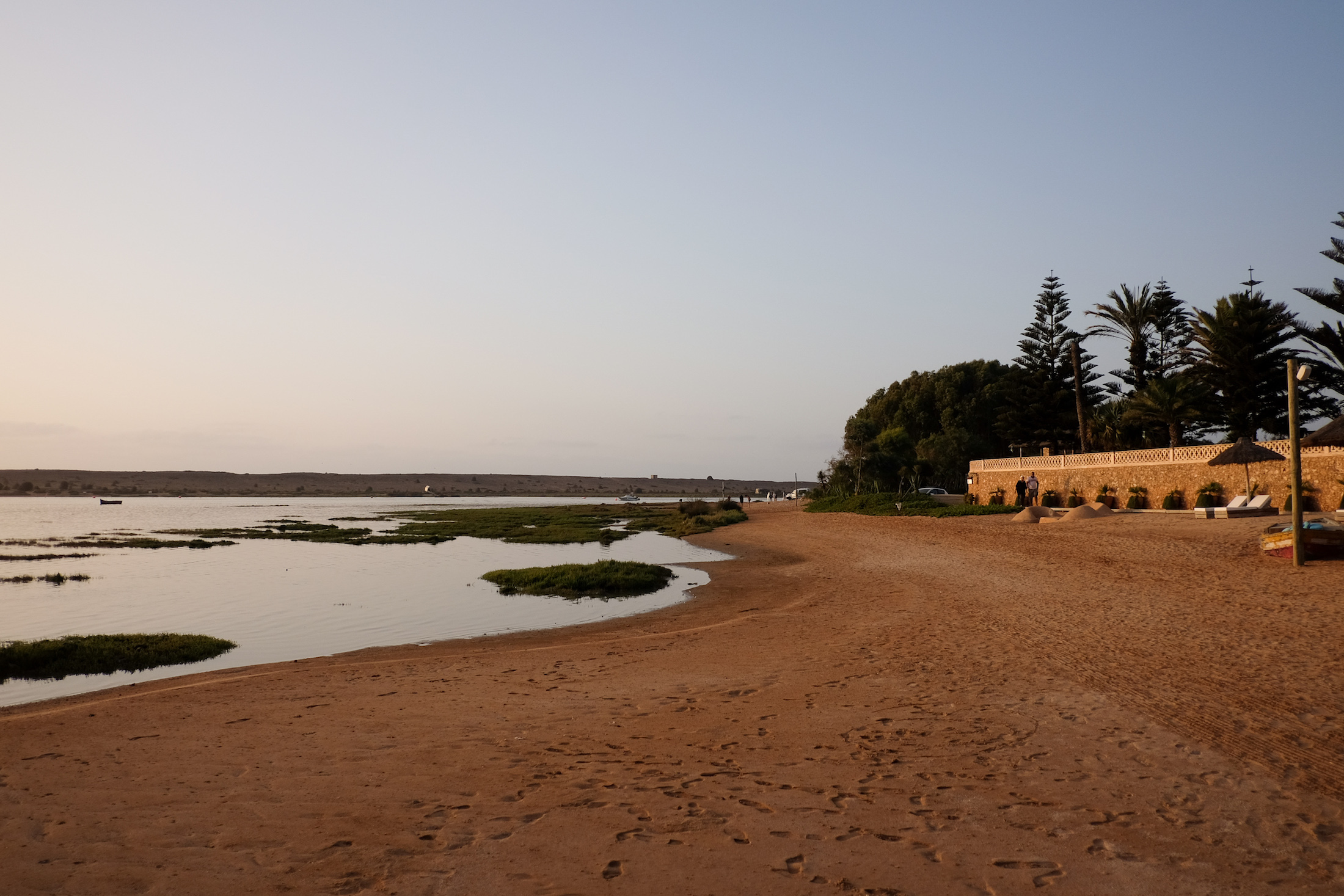 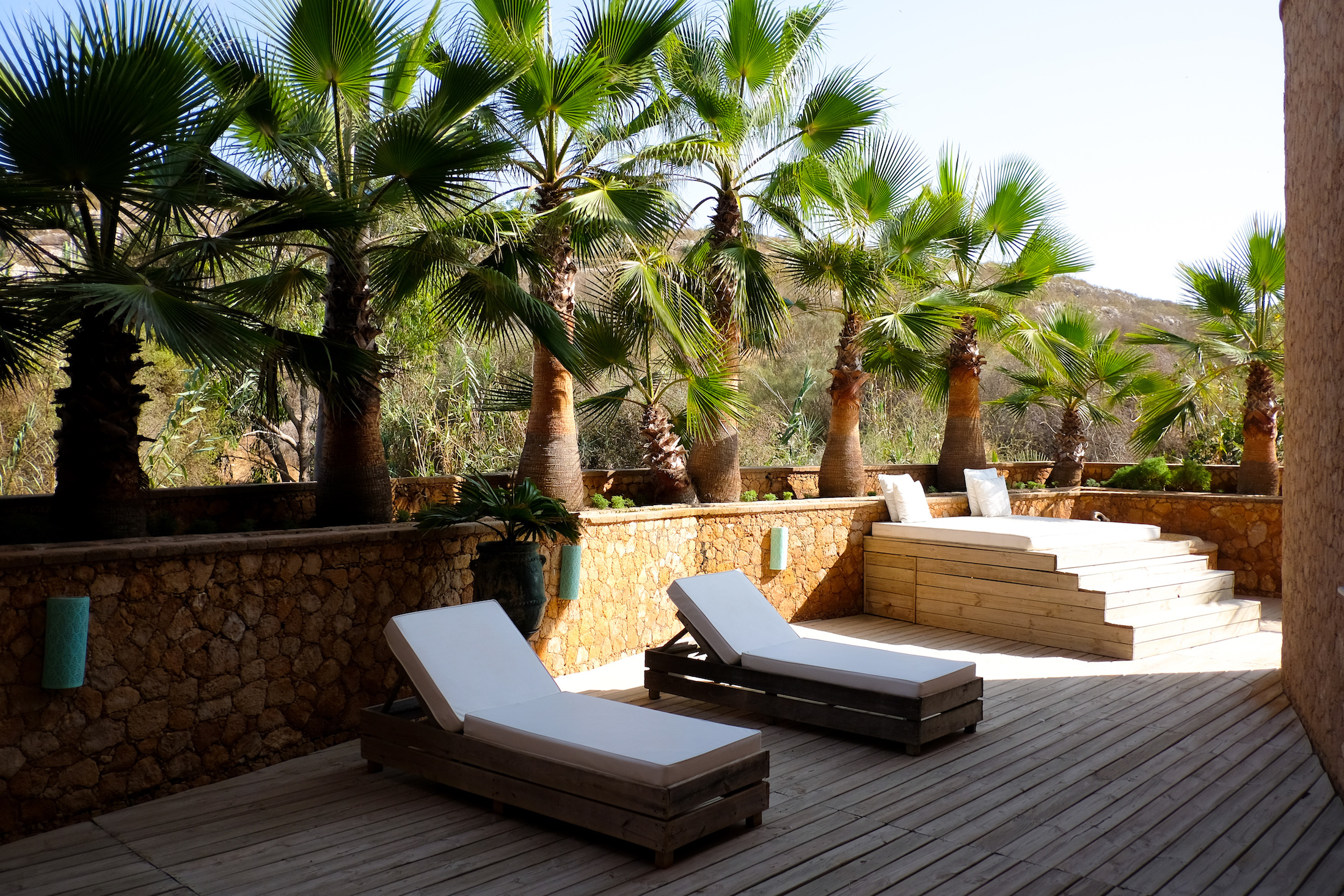 Oualidia has one of the prettiest sunsets I’ve ever seen. On our last night they hosted a sunset happy hour on the beach. We sat on these gorgeous rugs and watched the sun set. It was the perfect end to a truly epic trip!

Thank you to La Sultana Hotels for an amazing stay!