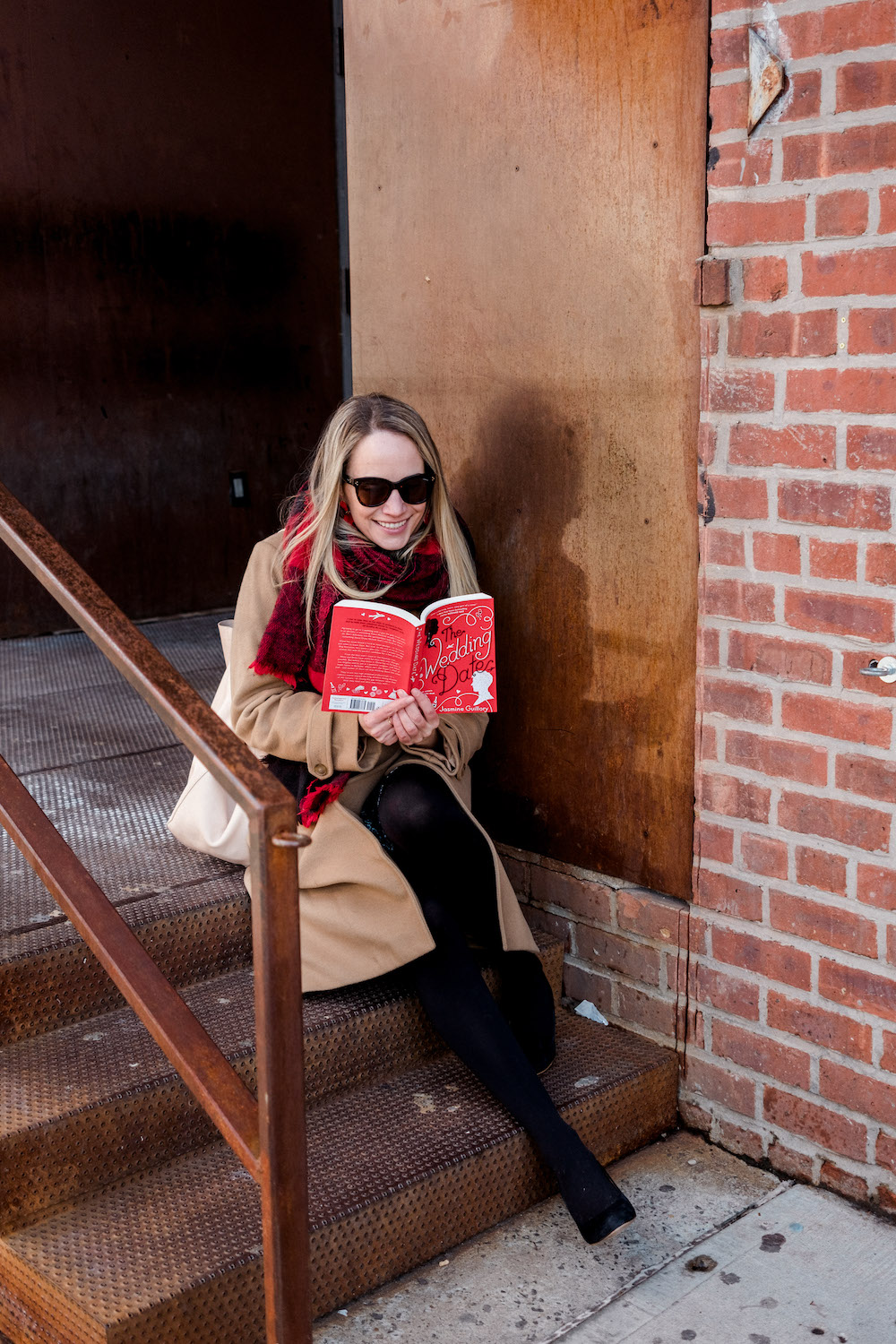 Another month of really, really good books! It’s hard to pick a favorite from this list but if I had to it would be An American Marriage, as it really stuck with me and left me feeling brokenhearted. All of the characters (placed in an incredibly difficult situation) are so realistic and relatable… it’s just so good. I also re-read an old favorite, but honestly everything on this list is great!

If you’re looking for a book, don’t forget – you can always check out my Book Club Page. I have literally listed every.single.book I’ve read in the past few years…. and you can filter + search by genre (memoir, light read, historical fiction, thriller, etc!) to find exactly what you’re looking for And of course, you can also take a peek at February’s reading list, which was a good one – I read seven books last month!!

AND! Please comment and tell me what you are reading… your suggestions are my FAV… I literally shop the comments section of these post – you always have such good recommendations for me, which I really appreciate!

* The Heart’s Invisible Furies, by John Boyne is a masterpiece – all 580 pages of it! So many of you had suggested it in the comments of previous reading lists (and it’s won quite a few awards), so I needed to pick it up. It is a saga, for lack of a better word – following the story of one man’s life (from before he was born up until right before he dies). Cyril Avery is born to a teenage girl out of wedlock (we learn her story too; as she’s cast aside from her Irish family and moves to Dublin on her own) and adopted by a wealthy Dublin couple. The book is his story – from his coming of age and growing up gay (but closeted) through middle age and ultimately old age. I will admit that I was intimidated by how big the book was (it was actually hard to hold at times as it’s so thick) but I’m so glad I read the whole thing as it’s beautifully written and absolutely fascinating. It breaks your heart at times, makes you laugh at times, all of the things. Highly, highly recommend this one!

* The Wedding Date, by Jasmine Guillory is so cute and basically like reading a really delicious rom-com. Drew and Alexa meet in a hotel elevator and he convinces her to be his date for a wedding (his ex gf’s wedding, at that). A whirlwind LA/SF romance ensues and it’s really cute. I read it over Valentine’s Day which was maybe a good thing and maybe a bad thing as it made me feel a little lonely (but it was also super cute and left me thinking maybe I’d meet my soulmate in an elevator. 😉 ) You probably know that I don’t read a lot of romance novels (I’m more of a thriller/dark fiction girl… otherwise it’s usually a memoir or historical fiction) but I really enjoyed this one. It’s light, refreshing, and fun… and while I did find myself a little frustrated at times (Drew can be really hard-headed/a bit of a male stereotype), I couldn’t put it down and definitely teared up at the ending. It’s the perfect light read – if you are going on a trip, pack this one for the beach!

* If I Die Tonight, by Alison Gaylin is a fun mystery that had me hooked. A teenage boy is run over during a carjacking involving a former 80’s pop star. The main suspect becomes another boy (Wade Reed) from the same town – a boy who’s a bit of an outcast – unpopular and friendless. The story is told from four perspectives: Jackie Reed (Wade’s mom), Connor Reed (Wade’s younger brother), Pearl Maze (a young police officer with a traumatic past), and Aimee En (the former pop star). What I liked about it was also what I disliked about it. They gave us so much of the story but with NO CLUES. So I was on page 295 (out of 352) and felt so frustrated because I still had no idea who did it. But I also liked that as it really kept me on my toes. Anyway, the ending is super satisfying and it’s a fun little mystery, reminiscent of Big Little Lies meets Varsity Blues. I really enjoyed it.

* An American Marriage, by Tayari Jones. In all honesty, I thought of doing a dedicated post JUST ABOUT THIS BOOK because I wanted to talk about it more. It gutted me. I’m going to try to do my best to describe it (and the emotions it brings out) without giving away too much. Celestial and Roy are a year and a half into their new marriage when Roy is wrongfully convicted of a terrible crime. Roy is sentenced to twelve years in prison, but gets out after five. A lot happens while he’s gone. And when he gets out early, what is Celestial to do? Let go, or rebuild her marriage? The characters were all so raw and real, each struggling with their own family problems + heartaches. One of those situations where you don’t really know what to do, or who to root for. All is (sort of?) resolved in the end but man… this is an emotional rollercoaster (and, a beautifully written rollercoaster at that).

* The Perfect Nanny, by Leila Slimani, has been billed as “The French Gone Girl” but don’t let that characterization fool you. It’s not a whodunnit, but more of a “Why did she do it?” From the start, we know the crime (two children are brutally murdered), and we know who did it (their nanny). It’s the story of Myriam and Paul – two working executives, their children, and their nanny Louise. Louise starts out as “the perfect nanny…” taking wonderful care of the children, cooking elaborate meals, keeping the house perfectly clean. Paul and Myriam wonder how they ever lived without her. Over time, things just go very very wrong. As a single woman with no children, I devoured it… but if you’re a working mom with young children I would probably advise against reading this one!

* 10% Happier, by Dan Harris, is a book that I re-read. I originally read it back in early 2015 when it first came out. After seeing Harris speak at MNDFL (my meditation studio), I picked up his new book and was inspired to re-read this one before starting the new one. The book is part memoir (Harris is a GMA co-anchor and has lived a really interesting life) describing his personal journey and how he started meditating, and part self-help. When I first read it, I was more interested in the memoir side of the book. Now that I regularly meditate, I was more interested in the meditation side. It’s a really fantastic read and definitely makes the case for meditation in a way that isn’t overtly spiritual or woo woo… Harris is relatable, he swears, he’s funny… he makes fun of Deepak Chopra… you’ll love him. I can’t wait to read the second one… (titled Meditation for Fidgety Skeptics), which is/was me. Still fidgety but no longer a skeptic. 🙂 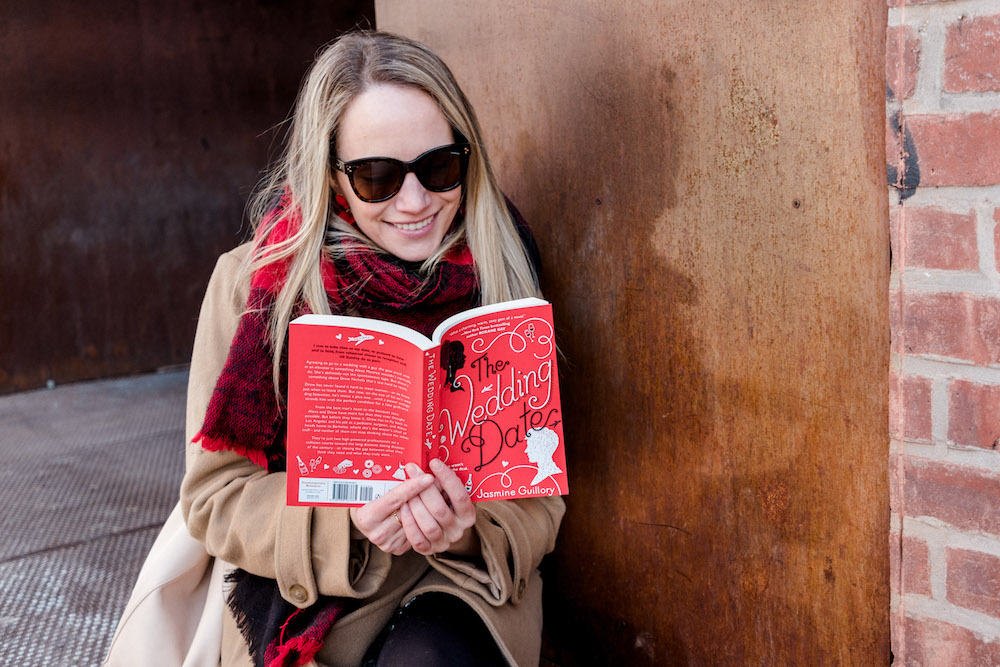 Disclosures: I was sent a copies of If I Die Tonight and The Perfect Nanny for review purposes. I get sent a lot of books and only review the ones I love.