Koh Samui was definitely the relaxing leg of my trip to Asia. I spent 3 nights at The Ritz Carlton and 2 nights at Le Meridien. Both hotels were incredible in their own, magical ways. I was going to make two separate posts; one about each property… but I’ve been strettttching out these Asia posts (unintentionally!) so today you get one lonnnng post about both places!

For my first three nights in Koh Samui, I stayed at The Ritz.

My favorite trips are either very rustic or very luxurious (nothing in between) and this part of the trip was all about luxury. As it was low season my room was less expensive than it usually would be (a little over $300 for a suite – more than we paid for any of our other rooms but inexpensive by Ritz standards). I had reached out to the PR team ahead of our visit and they were so nice; upgrading me to an ocean view suite. It was one of the nicest, if not THE nicest place I’ve ever stayed.

My room was absolutely incredible.

A giant bed, a huge bathroom with a separate tub, and the best part – it’s own private pool with a little sundeck, overlooking the ocean. I have never experienced anything like this; it felt like I was on someone’s honeymoon. Definitely watch the video below to get a feel for it!

All of the restaurants at The Ritz were amazing.

Such incredible service and insanely good food. I felt a bit badly that I didn’t leave the resort during my stay but it was just SO nice there (and frankly, I was a bit overstimulated after Bangkok and Cambodia (and the TEMPLES!), so it felt great to just stay put and be ultra leisurely!!! 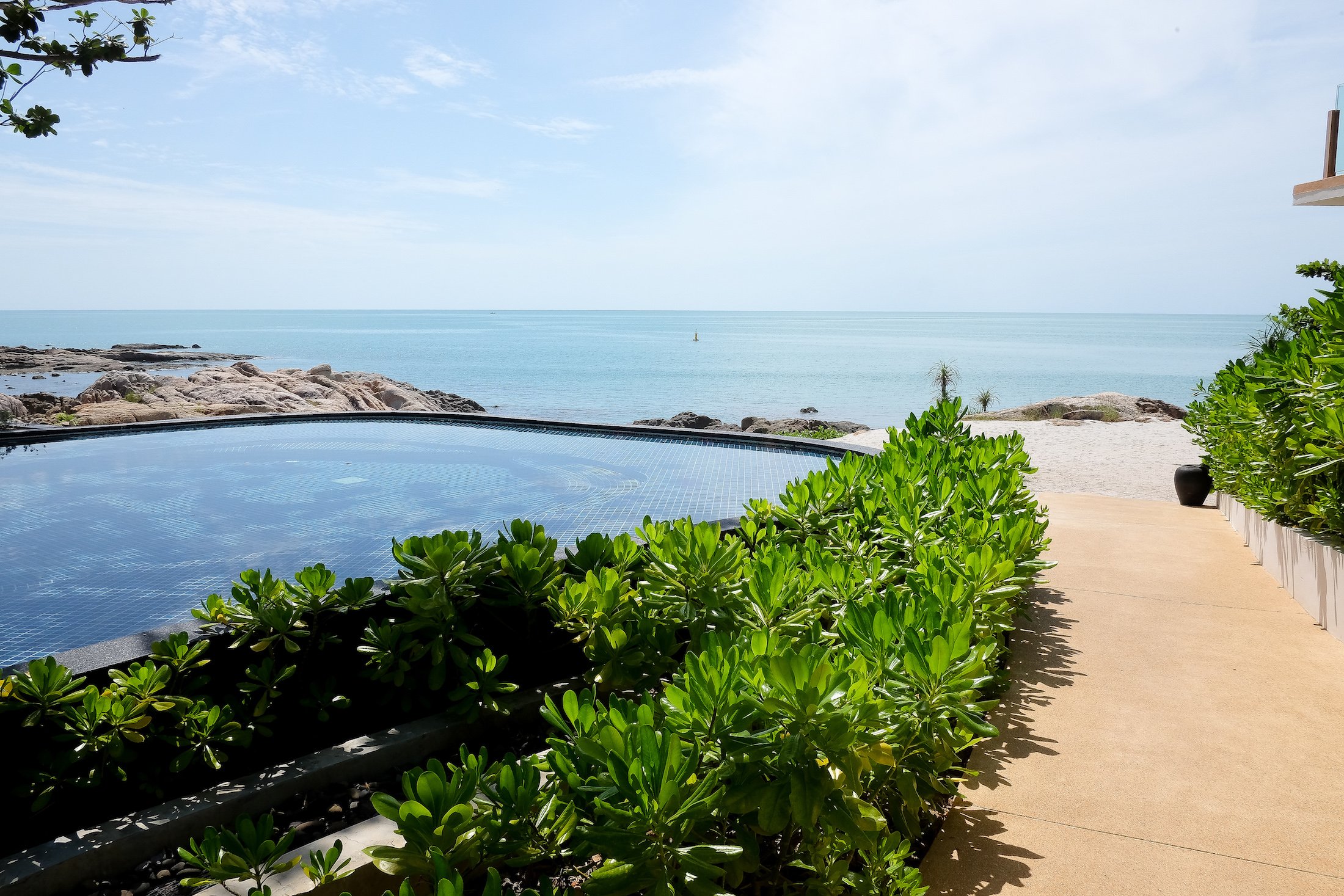 I made this little video about The Ritz – it will give you a better idea of how incredible the property is!!!

Video is such a fun way to show you these adventures… I love feeling like I am “taking you along” with me! I would LOVE for you to subscribe to my YouTube channel, right this way. 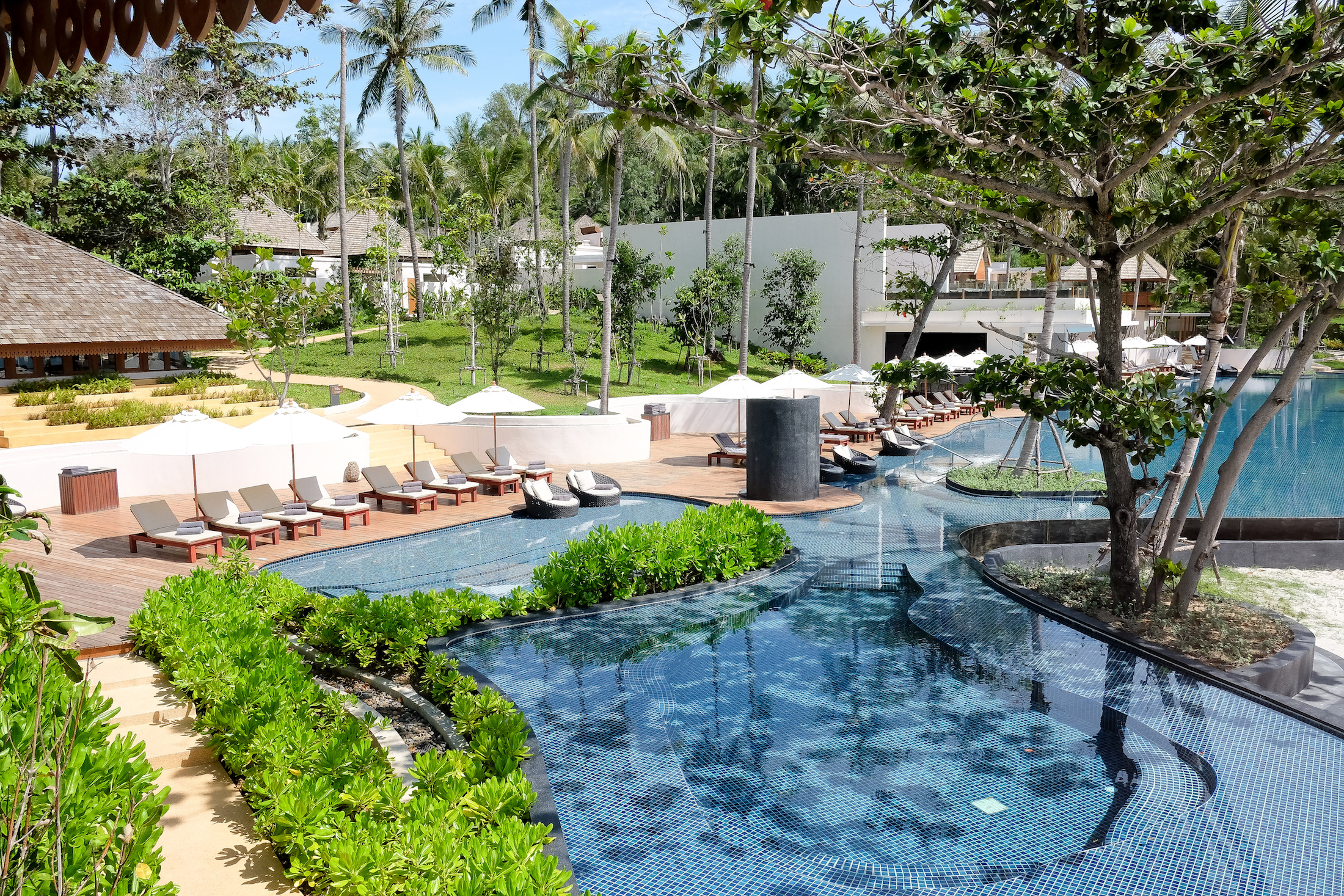 As for The Ritz itself, the property is HUGE.

It’s 75 acres… with four restaurants, a spa, an incredible health center (and boxing ring), it’s own snorkling reef… the works. As the property is (so) vast and expansive, they take you around on golf carts (buggies). 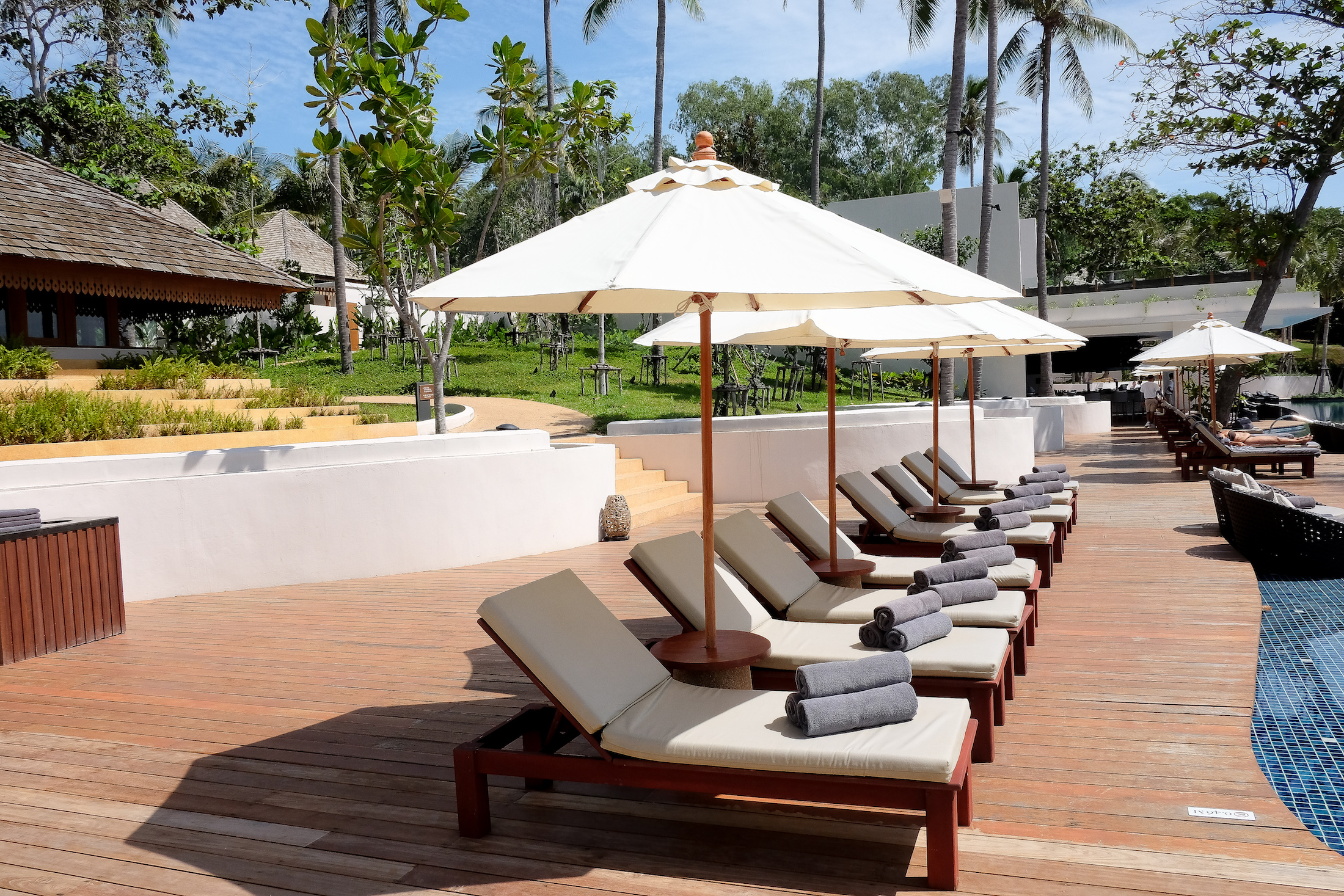 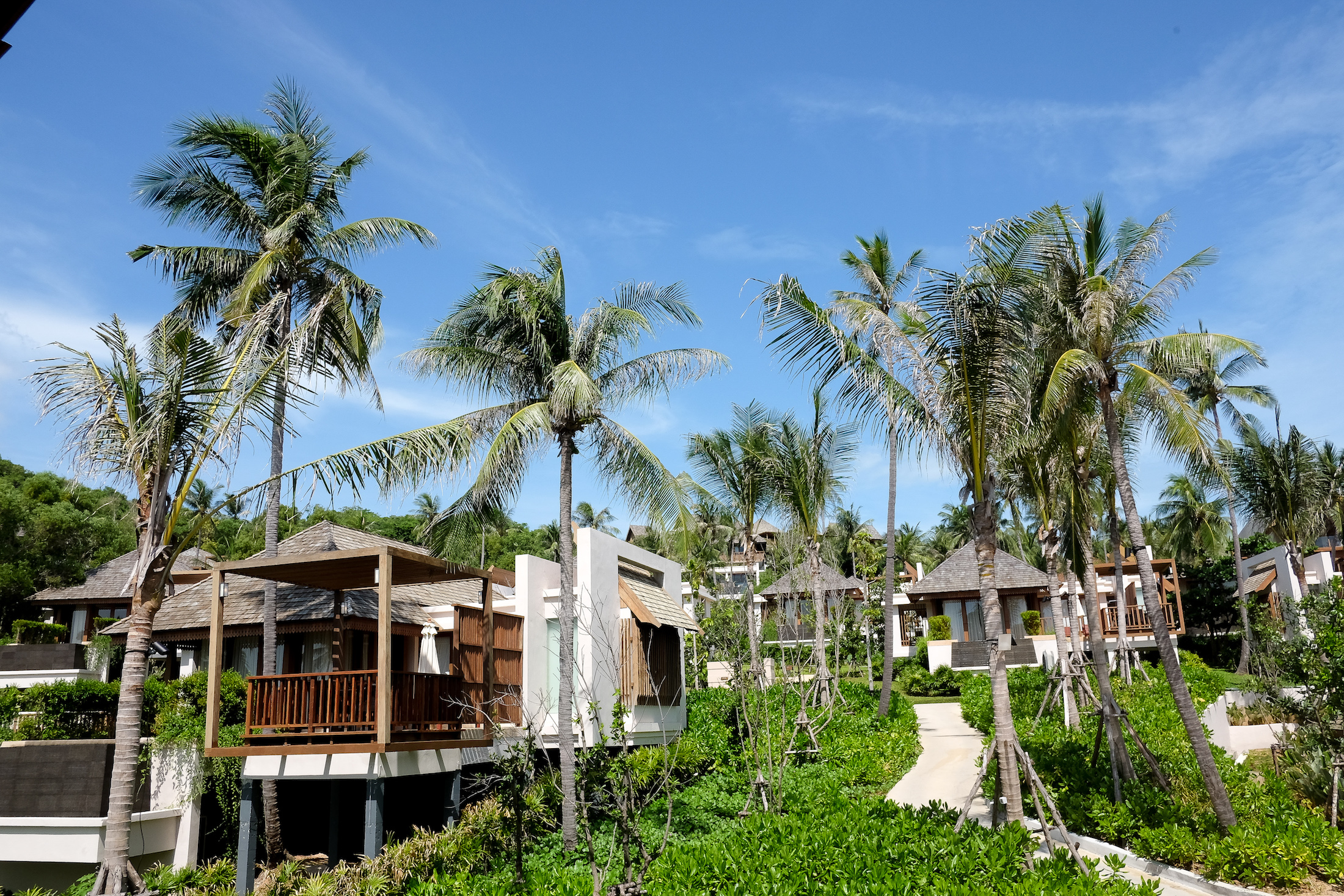 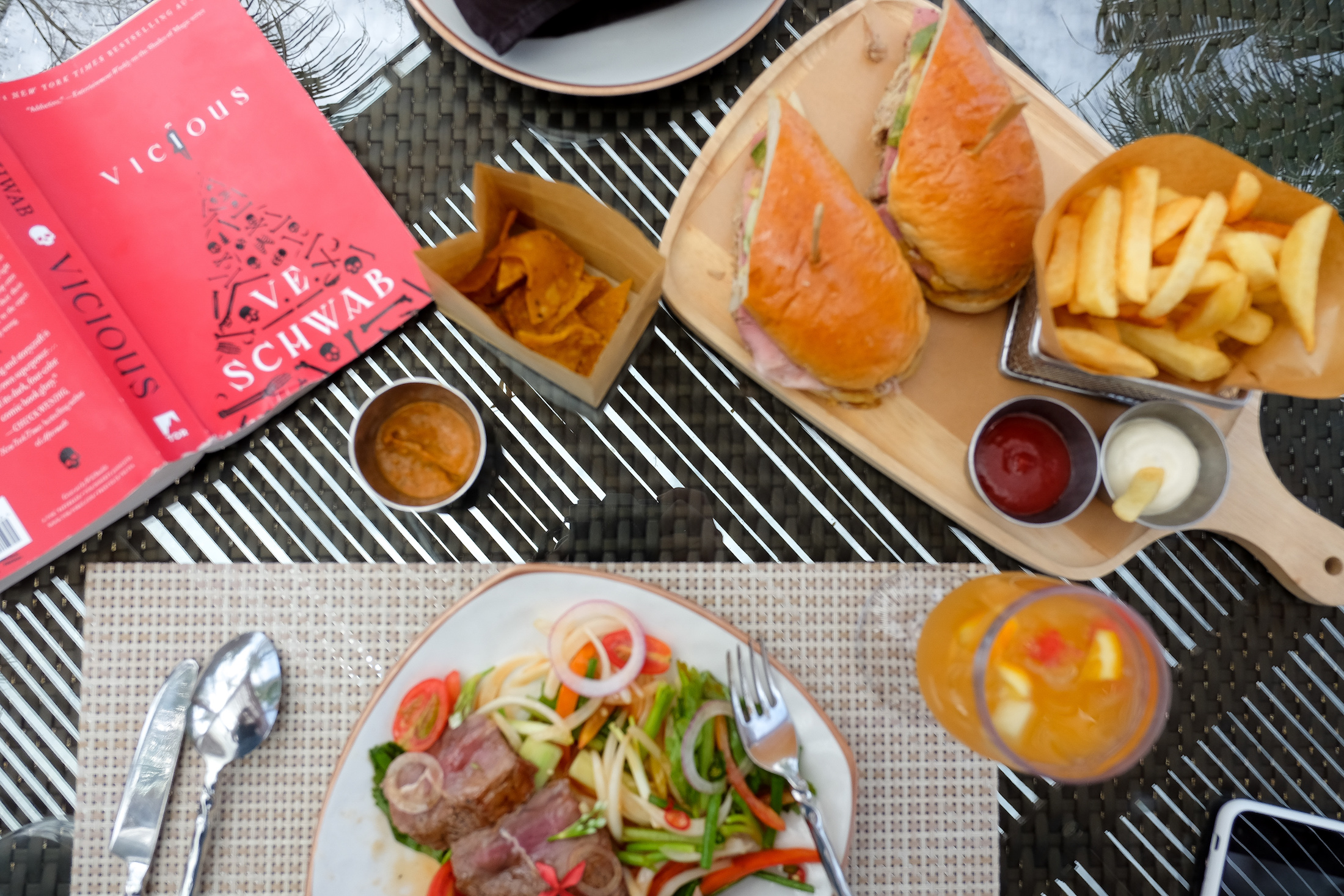 There is more about my room in the video… but that tub! That bed!!!

The spa at the Ritz was beyond. I had the coconut flow massage and it was pure heaven.

After three nights at The Ritz, I headed over to Le Meridien!

I was a little nervous that I wouldn’t like Le Meridien after being spoiled out of my mind for three nights at The Ritz. But it was SO nice. My room reminded me a lot of one of the more expensive hotels I stayed at in Tulum and the courtyard area reminded me a lot of the Ocean Club in the Bahamas. Seriously – if it were in Tulum it would have easily been $400 a night. The room itself had three parts. A sitting area, then you walk through a glass door, the bed, another glass door and then a plunge pool which separated the bathroom. This part was partially outdoors. The bedroom itself was small and would have been cramped had Becca and I shared a room (the original plan).

But what really blew my mind was THE BED. It’s one of the nicest beds I’ve ever slept on and I think it’s because of the extra fluffy feather bed that sits atop the mattress. This is magical and much nicer than the bed at Le Meridien in Bangkok. (For the record I have no affiliation with Le Meridien – we just ended up picking it for both Bangkok and Koh Samui as it looked nice). 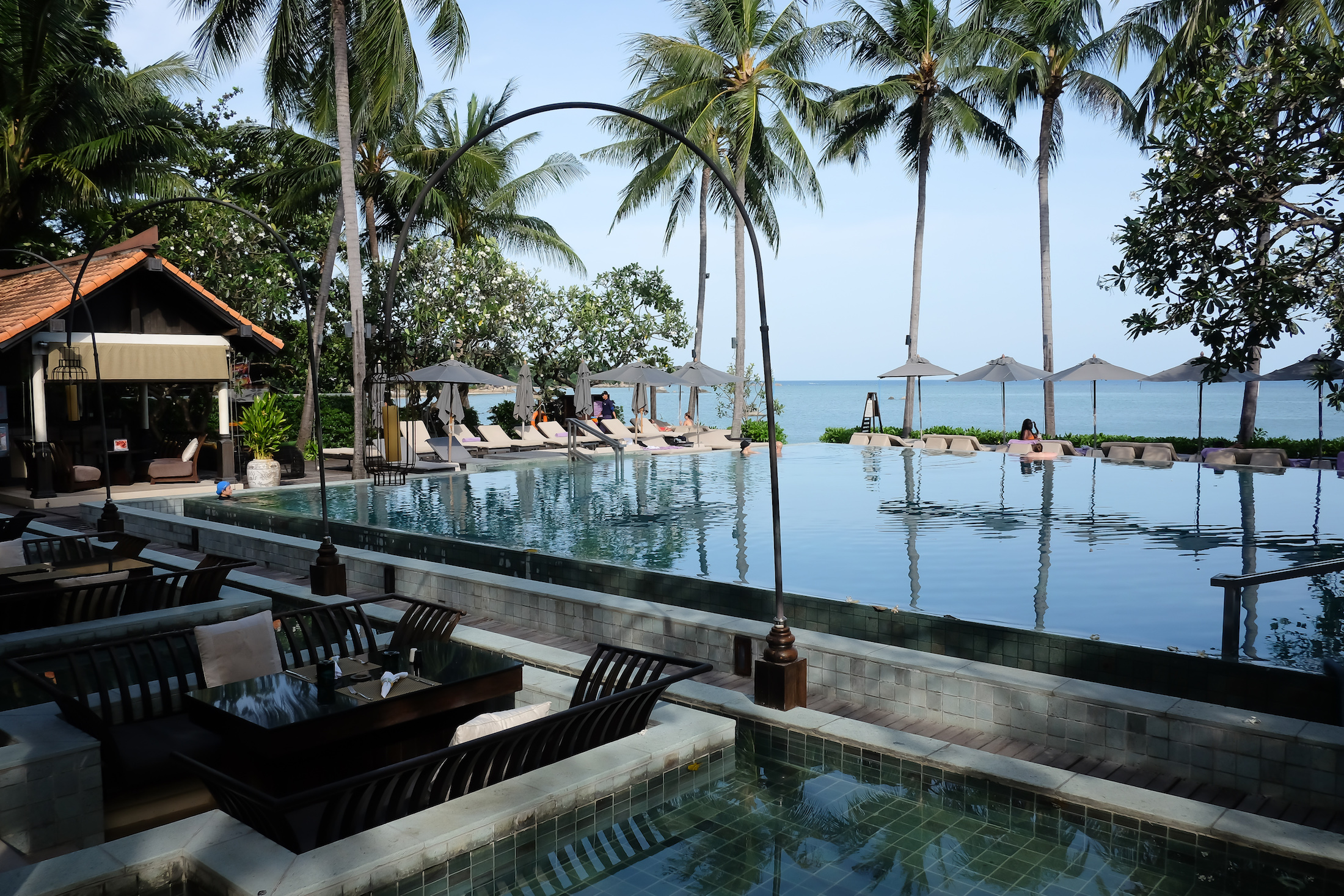 Another thing to know about Le Meridien is that the breakfast is incredible.

Like, so good. It’s the best hotel breakfast I’ve ever had. They basically have everything you could ever want to eat, and every single juice you could ever want. At one point I think I had six different glasses of juice in front of me. They also have a really cool bar for happy hour – it’s in the video but you walk along the dock and sit and just take in the sunset and mountain views.

The spa at Le Meridien was also very cool. It’s mostly underground which I thought was really cool. On my last day, before I left for the airport, I did the chakra ritual massage and it was the most relaxing thing ever!!! 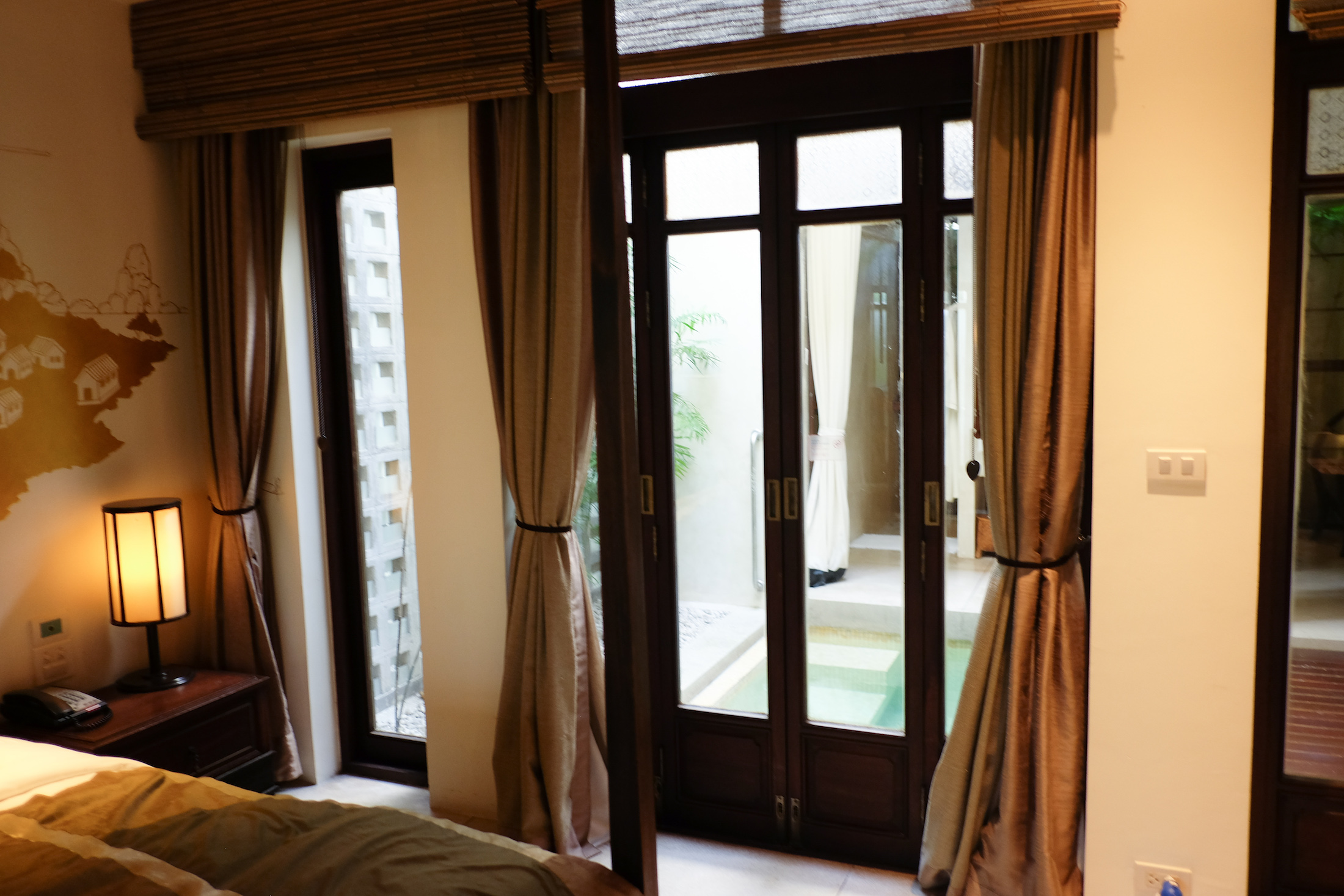 A general note about hotels in Koh Samui //

Hotels are so funny here. There are so many options. There are the top tier places like The Ritz, The W, The InterContinental, and then there are mid-tier places like Le Meridien. The price discrepancy between these two options is huge. Like $400-500 a night (starting price) vs. $100-$150. And then there are less nice places where you can literally get a room on the beach for $40-50. Or you can stay at a hostel for even less. As someone who is now closer to 40 than 30 (yikes) I like a little luxury. But I was really happy at both properties! I will say that the W Koh Samui also looked really amazing. I went for dinner (some of the best sushi I’ve ever had) and drinks and the views were incredible. And they have so much cool art all over the property!

Chaweng is one of the big towns in Koh Samui. There are a lot of bars and nightlife. It wasn’t really my scene but if you are there to party/go dancing, you should definitely go there. There are a lot of really inexpensive hotels and hostels in Chaweng but for something more luxurious stay at The Library. I went there with my friend (this is where that beautiful red pool is!) and we had some nice drinks by the beach. 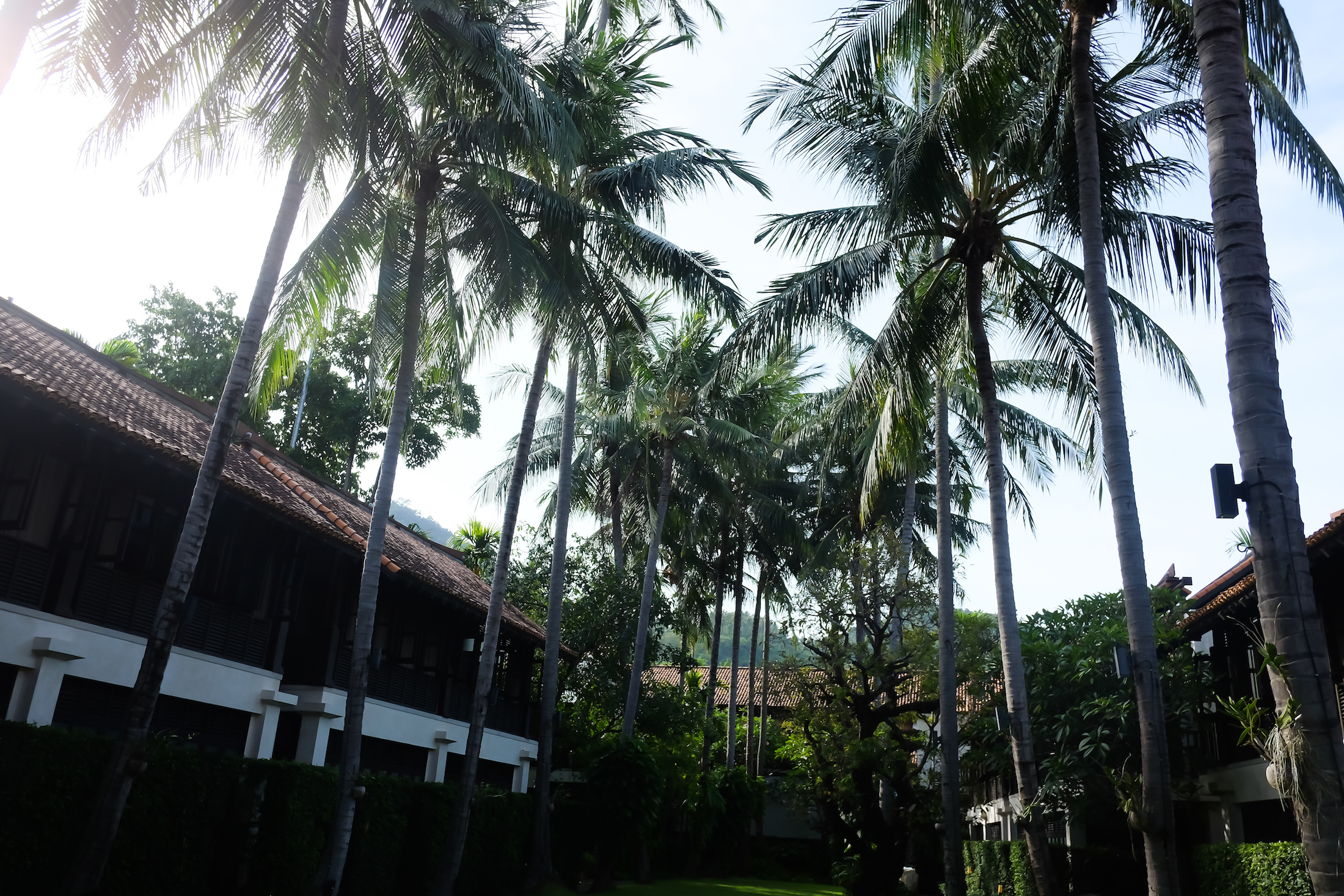 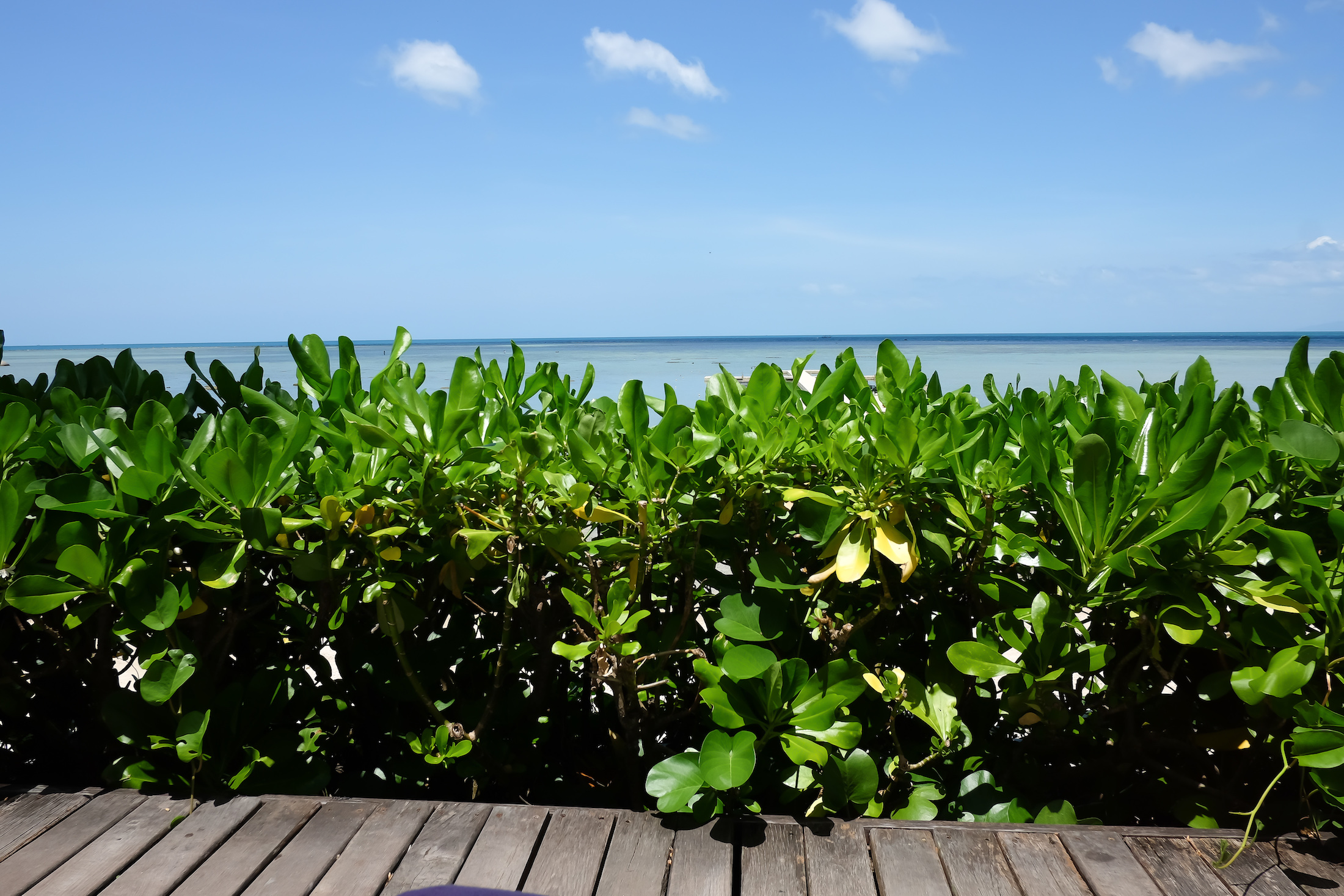