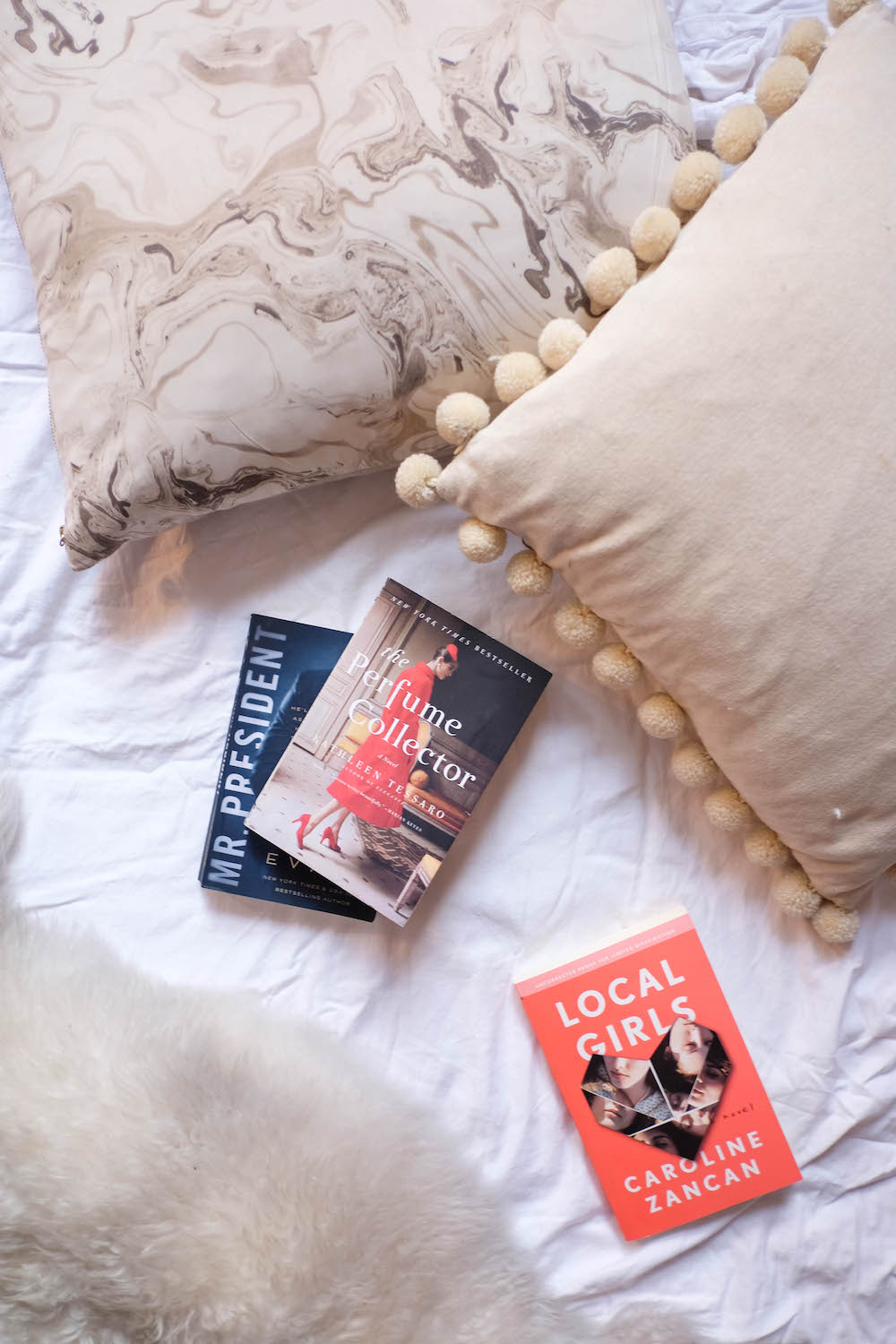 I read a lot this month. Blame it on being home for the holidays. But also, there was an unfortunate little incident with Apple, where I was locked out of my account and couldn’t watch any TV (I don’t have cable – I watch everything on my Apple TV!) Lots of good books this month. My favorite was The Perfume Collector but I also really loved Small Great Things and Faithful! I mean, they were all great, but those would be my favorites. I’ve added these all to the new book club page where you can filter and sort to find the perfect book based on what you are looking for!

* I read Small Great Things by Jodi Picoult while I was home at my parents’ house over Christmas. It’s a longer book (467 pages) but still, I read it in just a few days. My family teased me the whole time as I could not put it down. I have been a fan of Jodi Picoult’s work for a long time now (she also wrote two of my favorite books – My Sister’s Keeper and Leaving Time – amongst countless others) and I’m always amazed by how well researched her books are. This one deals with race and does so in an incredibly graceful manner. The plot starts out in a hospital and centers around Ruth, a black nurse; and white supremacist parents. The parents don’t want Ruth to touch their child and so she’s reassigned. Something terrible happens, and before you know it, Ruth is charged with a terrible crime. Picoult writes (believably) from the perspectives of Ruth, the supremacist father, and Kennedy (Ruth’s white lawyer). It’s beautifully written, a page turner, but most importantly, it will make you think a lot about race and privilege.

* Alice Hoffman is one of my mother’s favorite authors and by extension has become one of my favorites. Over the holidays she suggested that I read Faithful, and I finished it within a day. I (literally) could not put it down. It’s a coming of age tale in a weird sense – the main character Shelby is in a terrible car crash (she is the driver) that destroys her best friend Helene. She blames herself for the accident, wishes it were the other way around, and is completely and utterly emotionally devastated by it. Gradually pulls herself together… moving to New York City, getting a job, going back to school, and finding love (a few different times). The realness and rawness of the characters is incredible, and with all of Alice Hoffman’s book, a little magic is involved. You won’t be able to put it down! You’ll laugh and cry but the ending leaves you feeling good.

* Okay, I am embarrassed to admit that I read Mr. President by Katy Evans but you know what? It was a fun read. I was going through a little bit of a rough time at the end of December and I wanted something totally mindless and silly to read. It’s sort of like, Scandal/West Wing meet 50 Shades of Gray. Yeah. I know. Not exactly highbrow and yes, a little bit (scratch that – quite!!) smutty. But it was fun, and sometimes you just need a fun book. If you’re looking for a mindless but steamy romance, pick this up.

* The Perfume Collector, by Kathleen Tessaro was probably the best book I read all month. It was a Christmas gift from my mom, and she has the best taste in books. It follows Grace Munroe as she mysteriously inherits an apartment and a large sum of money from a stranger. The tale weaves through London, New York, Monte Carlo + Paris over several decades. It starts out very slow (albeit mysterious so you are still drawn in) but before you know it, you’re taken on all sorts of twists and turns. Perfume plays a big part of the story, which I loved as I spent the first half of my career working in the perfume business!

* Watching Edie by Camilla Way is in a single word, very creepy. I had a lot of anxiety reading it and felt a little sick to my stomach at times. It explores the darker side of female friendships and is also pretty upsetting, but I would still recommend it. It alternate between the stories of two girls (at age 17 and then in their early thirties). You’ll find yourself nervous and a little disturbed but you also won’t be able to put it down.

* Last but not least, I read Local Girls by Caroline Zancan this week. This one took me about 30-40 pages to get into. It starts out slowly, and I actually had the thought, “Do I want to continue this?” several times before I really got into it. But once I did, I was glad I did as it is really well written and fun to read. The book is the story of four close friends, living in Central Florida. They’re working dead-end jobs, unmotivated, and mostly unhappy. The story alternates between a chance encounter with their favorite movie star (on the last night of his life) and a past incident that broke up their group of friends. What I enjoyed most about it was the accurate depiction of friendships at that age (they were 19) and the nostalgia it made me feel (my childhood wasn’t anything like theirs but I had similar situations in my friendships).

Don’t forget to check out our new Book Club page to find the perfect book… and check out last month’s reading list for more inspiration! And I’d love to hear your recommendations in the comments… I’m always looking for new books to read!! 🙂