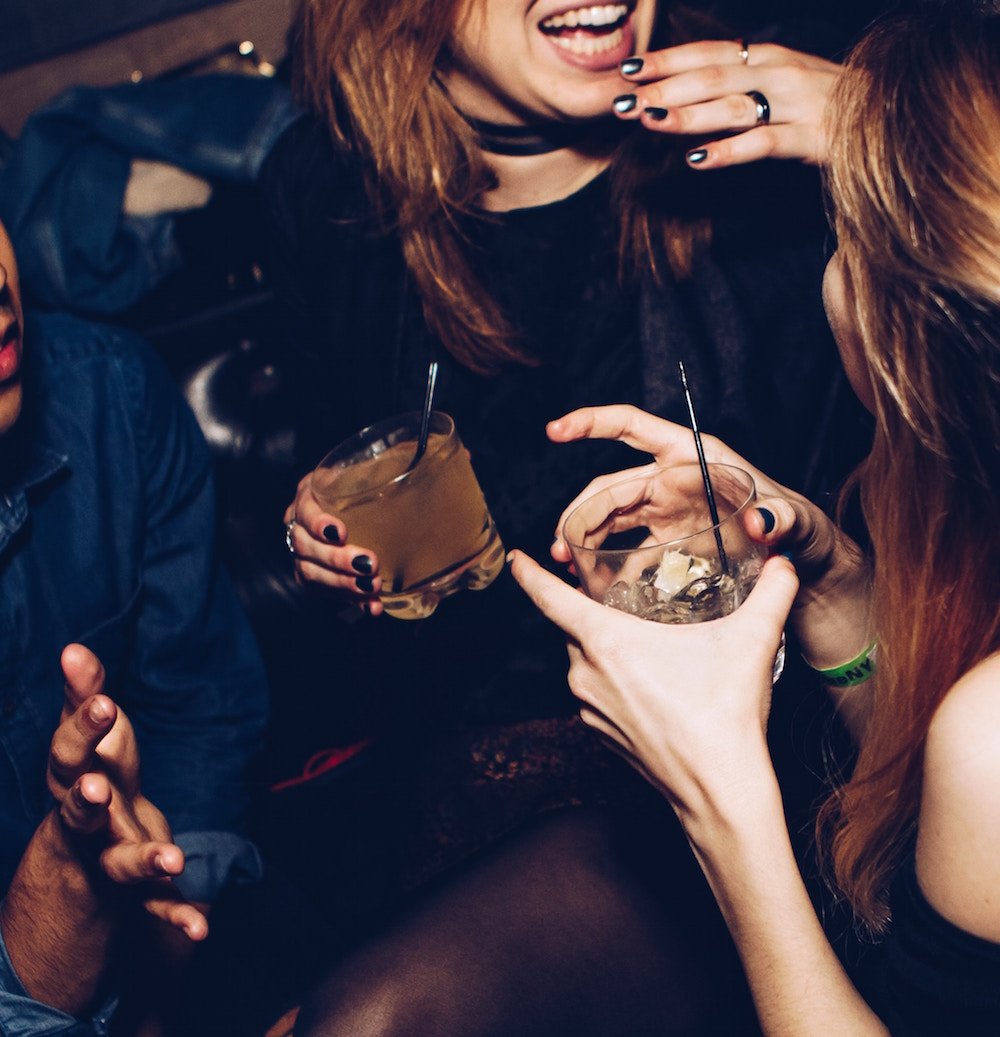 I was trying to think of a better title for this post but kept coming up short. I have to be honest: networking is probably my least favorite word in the world. I see it and will sometimes have a visceral reaction. It isn’t that I hate people or don’t want to grow my own network (I’m nice, I swear!), but the phrase itself to me implies meeting people because of what they can do for you as opposed to forging real connections and making real friends.

I’m naturally pretty shy. I can be the life of the party in a small group or with people I love and have known forever, but large groups with lots of new people can make me break out into a full sweat. And I hate, absolutely detest, small talk. Besides that, living in New York can be so overwhelming at times. I don’t mean to generalize an entire city (there are so many exceptions!) but man, everyone wants something! You rack up a few Instagram followers and would be amazed at how many acquaintances from Facebook suddenly reach out to connect for social media advice or to pitch you their Etsy shop, MLM, business idea, etc… it would actually make for great television if it weren’t real life). It can get very overwhelming and frankly makes me want to bury my head under a blanket with a good book.I think that’s why I like the South/Charleston so much.. no one really talks about work, everyone just wants to hang out and get to know you as a person.

As a rule I’ve gotten pretty discerning with my time. I say no to most meeting requests unless they are tied directly to a partnership (I’ll still jump on the phone, but meetings require a commute into the city), I only go to events for brands I’m obsessed with, and I’ve gotten really good at surrounding myself with really great people. I feel so lucky to have built a group of amazing friends, most of whom I’ve met through work (though we rarely actually talk about work, which is nice).

But like it or not, “networking” is a big part of my job. I put on a pretty dress at least once or twice a week to go to industry events, and I like to think I’m getting a little better at it. So here is what is working for me. Keep in mind these tips are probably best for my fellow introverts… my extrovert friends/readers are probably going to be like, “yeah, duh, we know…”

Go in with the right mindset. // In my opinion, the best sort of networking is about having the chance to form a real connection/friendship. If you are thinking, “what can I get out of this person,” you have the wrong mindset.  Same goes for thinking, “I have nothing to offer these people.” Just be yourself – that’s really the best possible thing you can offer! For me, I’ve found that letting my silly/nerdy side out a little bit at work events has really helped me. Sort of like with a first date, I will psych myself up. First I will tell myself to relax and that it will be fun. And similar to a date, even if you walk away with a new friend, having learned something new, or had an interesting conversation, that was worth it!

Know yourself and be selective. // I think it’s really important to only say yes when you are in the right mindset/feeling like your best self… and to limit the number of meetings/events/etc. that you take on. Otherwise you’ll get burnt out. As a blogger, I try to make most meetings into phone calls and skip out on events unless they’re for a brand I’m absolutely obsessed with. And if I have more than one event in the evening I will make sure I have a relatively meeting-free day. If I’ve had too much human interaction/overstimulation in one day I shut down a little. Once I was described as “glassy eyed and strange” at an event and I’m sure it was because I had hit my limit of conversation for the day. This rule applies no matter what you do. When I worked for a start-up there were so, so, so many industry events. My boss knew + understood my introvert ways so she helped me prioritize which things I actually needed to go to and what I could pass on.

Brush up on the news/pop culture/current events beforehand. // Even if it’s just a quick scroll through twitter, reading The Skimm, or even Us Weekly, it helps to have two or three things that you can bring up in conversation.

Plan ahead and go with a friend! // This is probably my #1 tip!!! If it is a blogger event I will reach out to a few of my close blogger girlfriends like Krystal, Christine, or Mary to see if they are attending as well. Or, I will ask for a plus one so that I have a friend by my side. My friend Jason is a great person to bring to things as he’s such an extrovert… he draws people in and asks a million questions.

Fake it. // Oftentimes if I am feeling shy I will think of my most charming, extroverted friend, and channel them. As if I am doing an impersonation. I can’t tell you how well this works. I mean, it’s easier after a glass of champagne (evening) or a lot of coffee (morning), but sometimes pretending to be confident leads to actual, real confidence.

Say hello to at least one new person. // Honestly I think this stems from being so uncool in high school (I got picked on and teased a LOT and it’s so sad that this still affects me years later), but introducing myself to new people can give me full-on panic. I was recently at a breakfast for a fragrance launch and felt like the least cool person there. Everyone was so chic and smartly dressed and I felt like a disgusting slob. My dress was wrinkled, I hadn’t had time to properly curl my hair, I felt like an absolute disaster. I was about to reach for my phone and mentally told myself “NO… put that down, say hello, don’t be a loser!” I ended up meeting two really sweet bloggers I’d never talked to before as well as a woman from a digital magazine here in the city (which actually ended up leading to a speaking opportunity tomorrow). The thing is, everyone else is probably feeling like a loser and agonizing over their own wrinkled dress. A simple smile and “Hi, I’m Grace.” can go a long way. As nervous as introducing myself to strangers makes me, I’ve never had someone react badly or turn their nose in the air at me and I always remember that when I go to say hello.

Put your phone away. // This goes back to saying hello to new people. Your phone is a crutch and easy to hide behind. I have been nervous at events and resorted to just answering emails. I mean, what’s the point in going to something if you are going to do that!? I have a serious love/hate relationship with my own phone. Obviously I need it to do my job, but I keep it out of site most of the time. I’ll go to an event, take the photos I need for my Instagram story, save them to my phone and post them on the cab ride home – that way I am not stressing to get everything up all at once… and I can be present and focused upon meeting new people and having actual conversations.

Make a joke. // At that same fragrance launch, I made a joke about my said messy hair and wrinkled dress. Sometimes, even just saying something silly and self-deprecating can go such a long way!

Bring your business cards. // This is more advice for me as I ALWAYS forget mine. I spent a fortune on them when I rebranded and have handed out mayyybe 50 of them in two years. I make sure to always have a few in my purse every time I walk out the door.

What are your best networking tips? It’s something I will in all honesty probably have to work on for the rest of my life… so I’d love to hear your advice!