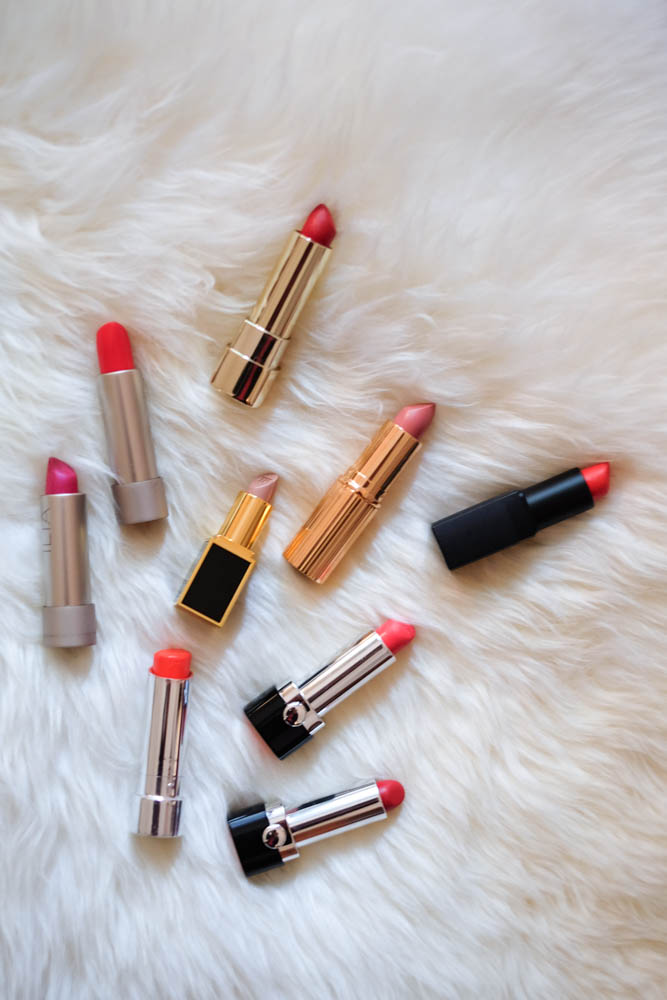 Seeing as today is actually National Lipstick Day (I hope you are celebrating by wearing your boldest, brightest lipstick!) I thought that it would be fun to give you a little history lesson today.

It is thought that the practice of coloring one’s lips actually began nearly over 5,000 years ago, by ancient Sumerian men and women. They would crush up gemstones (this is hilarious/amazing to me… wouldn’t you have thought it would be berries?) to decorate their face. There were all sorts of variations of lip decoration, using everything from iodine to pearlescent substances found in fish scales. Cleopatra painted her lips with a deep red “lipstick” made up of beeswax, crushed ants, and carmine. She’d then add a layer of fish scales for a frost-like effect. (Cool, but… yuck!) Ancient Egyptians used a combination of bromine mannite mixed with iodine to create a deep purple effect. Unfortunately this combination is actually toxic, and ultimately became known as “The Kiss of Death.”

Lip coloring gained popularity again in 16th century England, where bright red lips and a pale white face became fashionable. This look was made popular by Queen Elizabeth I, who loved makeup. Back then, lipstick was made from beeswax and red stains from plants. In Medieval times, it was actually thought that lipstick would ward off death.

Then, for a long time, lipstick was not widely accepted. The Catholic church considered makeup to be the devil’s work. In 1770, Parliament passed a law where a marriage could be annulled if the woman wore cosmetics before her wedding day. Cosmetics weren’t really considered acceptable (by anyone besides stage actors and eek – prostitutes) until the late 19th century, when Guerlain began manufacturing lipstick. Back then, lipstick was colored with carmine dye, which is actually extracted from insects. It was applied with a brush (not a tube) and came in paper tubes, tinted papers, or small pots. In America, lipstick actually made its first appearance in the Sears and Roebuck catalog.

It wasn’t until 1912 that lipstick was considered acceptable (though only within the fashionable set). An article in the New York Times advised women to apply it cautiously. By 1915, it was sold in metal cylinders (invented by Maruice Levy.) There was  a tiny lever at the side of the tube that women needed to slide with the edge of their fingernail to move the lipstick up. In 1923, James Bruce Mason Jr. patented the first swivel up tube. It’s crazy to think that all of this was less than a hundred years ago! 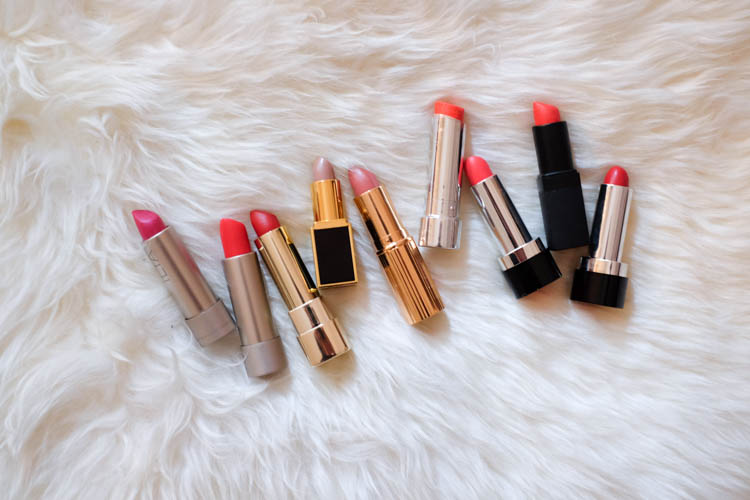 As for my own history with lipstick, I bought my first lipstick nearly eighteen years ago. It was from Clinique, called “Almost Lipstick.” I forget the shade name but it was just slightly darker than my natural shade. It was particularly excited, as I got my first Clinique GWP when I bought it, which sparked a minor addiction. My first bright lipstick was Heat Wave from NARS… four or five years ago. When I first bought it, I would apply just a little bit with my finger. Oh, how times have changed.

I’m curious… what was your first lipstick?

images by me, I sourced the info for this post from: Wikipedia, Robert’s Container, Elle