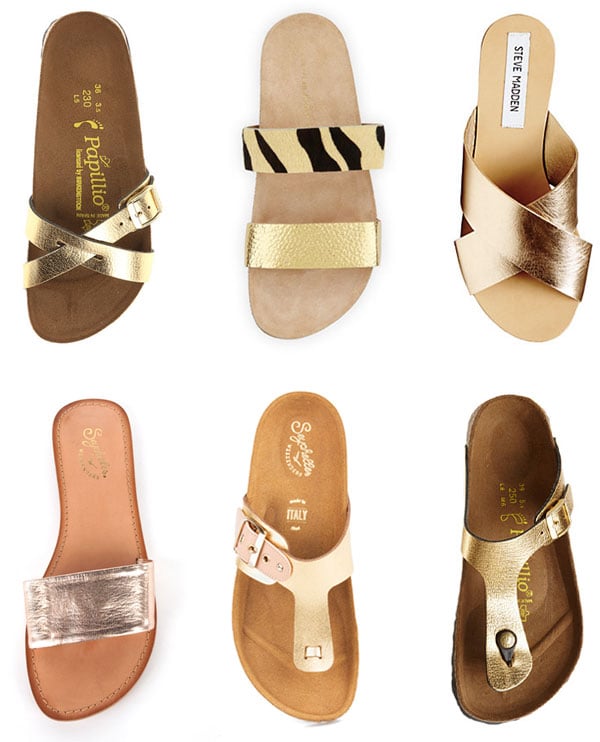 Oh, birks. I wish I could be that cool girl that claimed to have resisted the trend for as long as possible but no, I am not that cool girl. The second I found out that birkenstocks were “back” I ran out and bought a pair. I was super excited about this trend. Besides the fact that I am more or less lazy and just love being comfortable, I grew up wearing Birkenstocks (I still remember my first pair… it was the two strap version with a strap in back.) I saved up my babysitting money and bought them with my own money… from my friend Meagan’s dad’s military catalogue. We both got a pair and we were pumped. We had arrived. It was birks or tevas back then, obviously birks were the cooler choice. I ended up going with a pretty gold pair this go ’round and have been living in ’em all summer long.. just so comfy!

Of course the #1 question I get on my Instagram is where to find said gold birks. I got mine at Nordstrom but they are now sold out (so sad) so I rounded up some just-as-good options. Also, I literally JUST found this pair (on major sale, and also here) so they didn’t make it into a collage… but they are basically a dead ringer for mine… they just aren’t actual Birks.