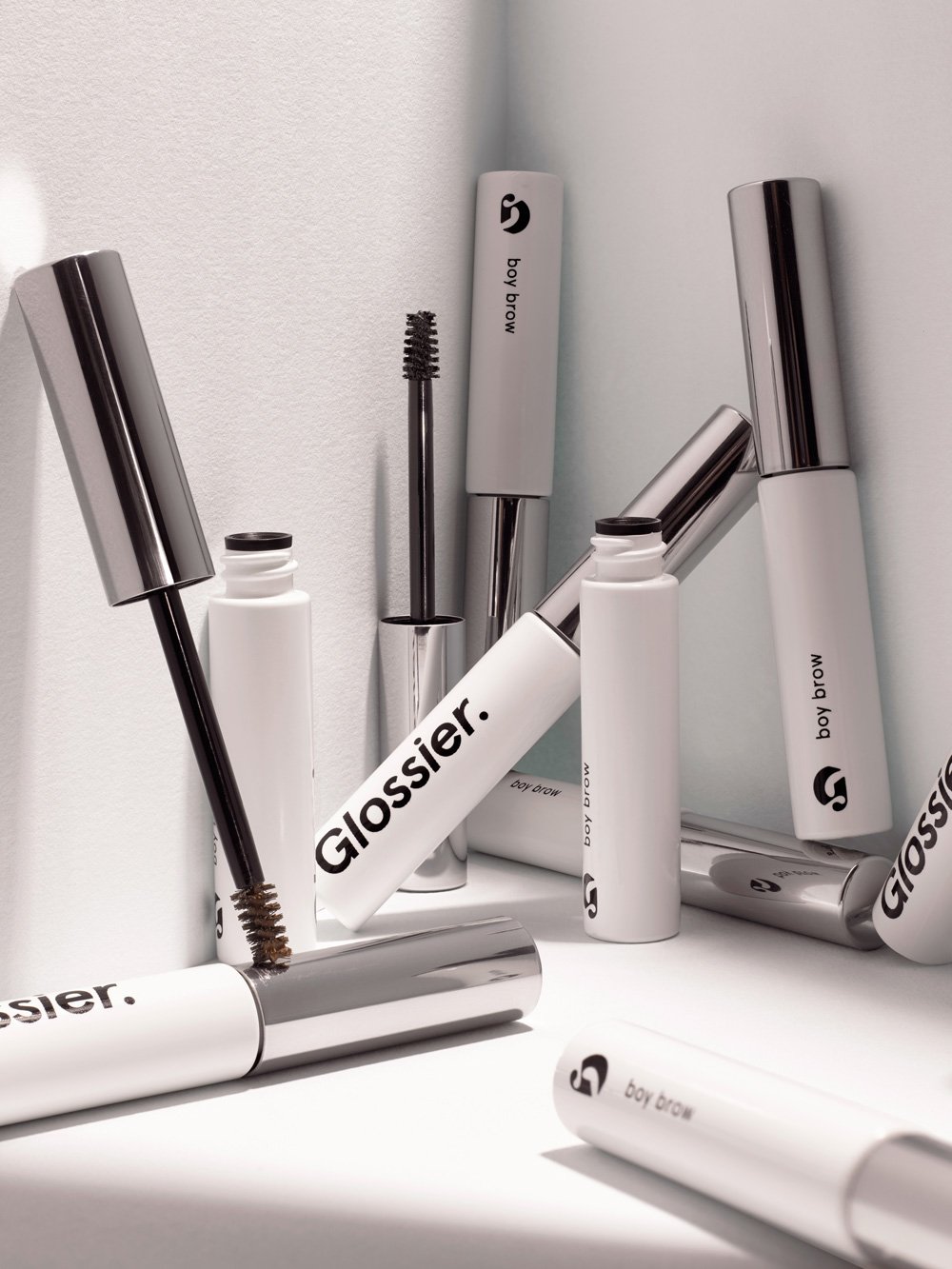 Guys. I am so excited about this afternoon’s post. You know by now (evidence here, here, and here) that I’m just a little bit eyebrow obsessed. I will do anything for thicker, fuller (but still tamed + defined) eyebrows. It’s at the point where I’ve thought about getting my brows permanently tattooed on, but I don’t want to look crazy/am too much of a wimp about needles. I’ve been really loyal to Benefit’s Speed Brow for ages now – it was the best brow product I’d ever used. That being said, this week I tried something that I like even better: Glossier’s Boy Brow.

It’s so great. The brand was inspired by old fashioned mustache wax when they created it, and the formula is actually a conditioning pomade (though it doesn’t leave your brows feeling waxy, stiff or greasy). You brush it on with the tiny (precise) spoolie brush that comes with it (similar to the applicator of Speed Brow) and voila – your brows look amazing – and stay in place all day. It’s tinted, too – so you don’t have to supplement it with a pencil or powder. It’s the ultimate all-in-one as it thickens, grooms, and fills in… in one simple step.

I haven’t covered any of Glossier’s products here until now. They’ve taken the blog world by storm but I was just meh on everything I’d tried until this. It was probably because I’ve always held Into the Gloss to such a high standard (love their product reviews) and I was a bit surprised that they didn’t go the all natural route. I’m only telling you this to give you context… the brand has really won me over with this one… it’s the best eyebrow product I’ve tried to date.

Consider me officially aboard the Glossier bandwagon. Well done, guys!