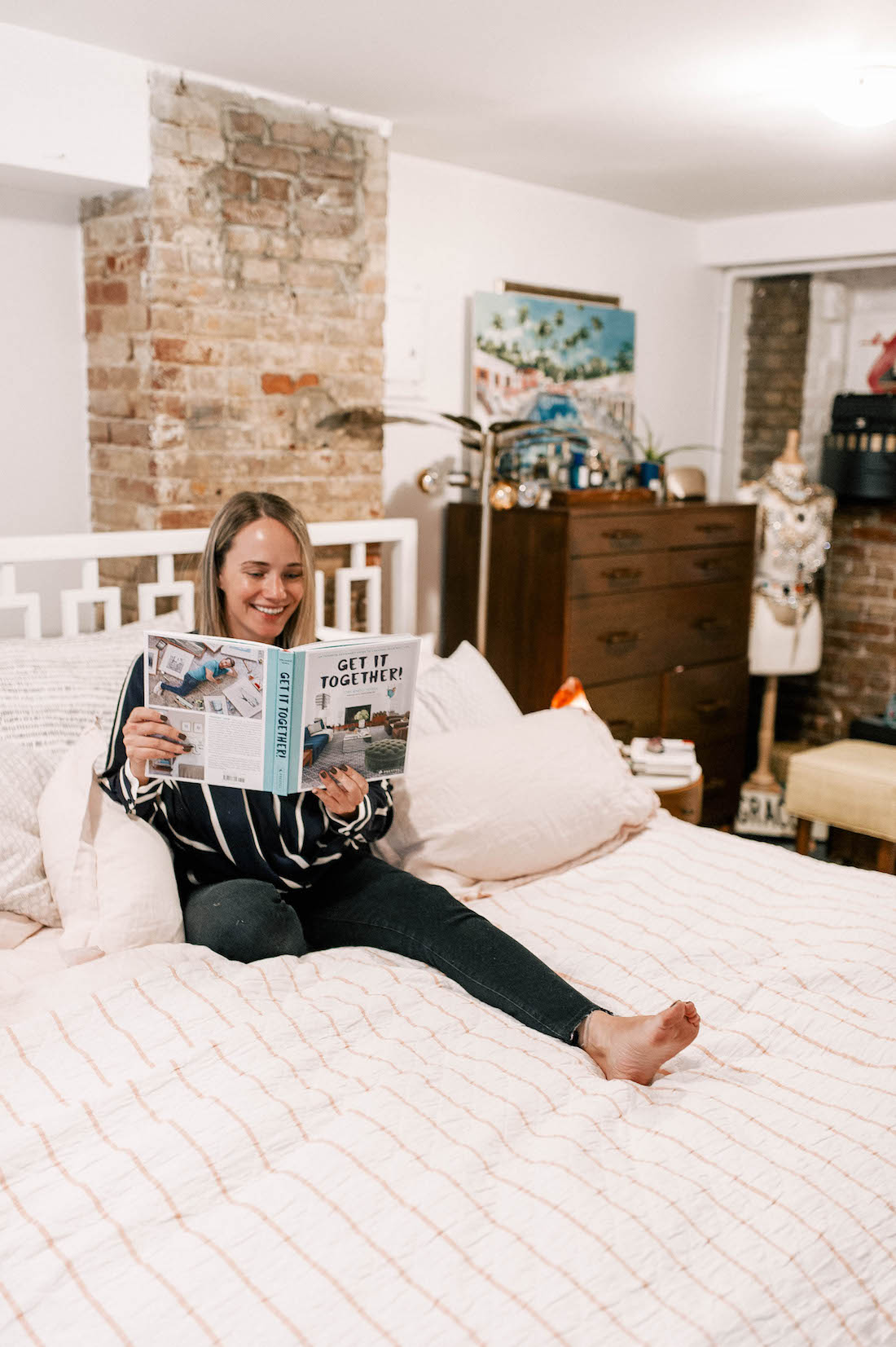 **Warning: This post is about to get really embarrassing. Sorry. You’ve been warned. Now let me indulge myself.

About six months ago I was at dinner with my sister and my cousin and suddenly my cousin became extreeemely animated and excited. “Oh my God Becca, Orlando opened up your pillows on his Instagram story and it was amazing.” Wha wha what? I didn’t know who (or what) this Orlando was, and I was still at a point where I didn’t really watch other people’s Instagram stories (I’ll be honest I still barely watch Instagram stories –  Instagram has too much stuff and I’m old okay!? It’s all I can do to remember to post and reply to your DM’s).

Looking back, this conversation completely transformed my whole life because it’s the conversation that introduced me to my favorite person on the Internet, Orlando Soria. It started with watching him opening his mail. Generally I hate watching other bloggers open mail which is why I rarely open my own mail on my story. But Orlando makes opening mail fun. He does it with his shiny Nate Berkus for Target scissors and sometimes he throws things or pushes everything off the table. I was hooked. I started watching his stories religiously. With time, our (one sided) relationship deepened. I felt a kinship to him seeing him be cheerful and goofy but also express a darker, sadder side.

I know that people can become invested in influencers lives, and I’ll be honest, I never really understood it (yes I know that’s probably odd coming from me, given my chosen profession) as they are strangers. I can barely keep track of what my friends and family are doing so keeping tabs on Internet strangers didn’t have much appeal. Orlando is the first Internet stranger I’ve become invested in and I think it’s because he’s hilarious but also unafraid to be vulnerable.

He is also the first and only Internet stranger I’ve ever initiated sending a Instagram DM to. That was big. 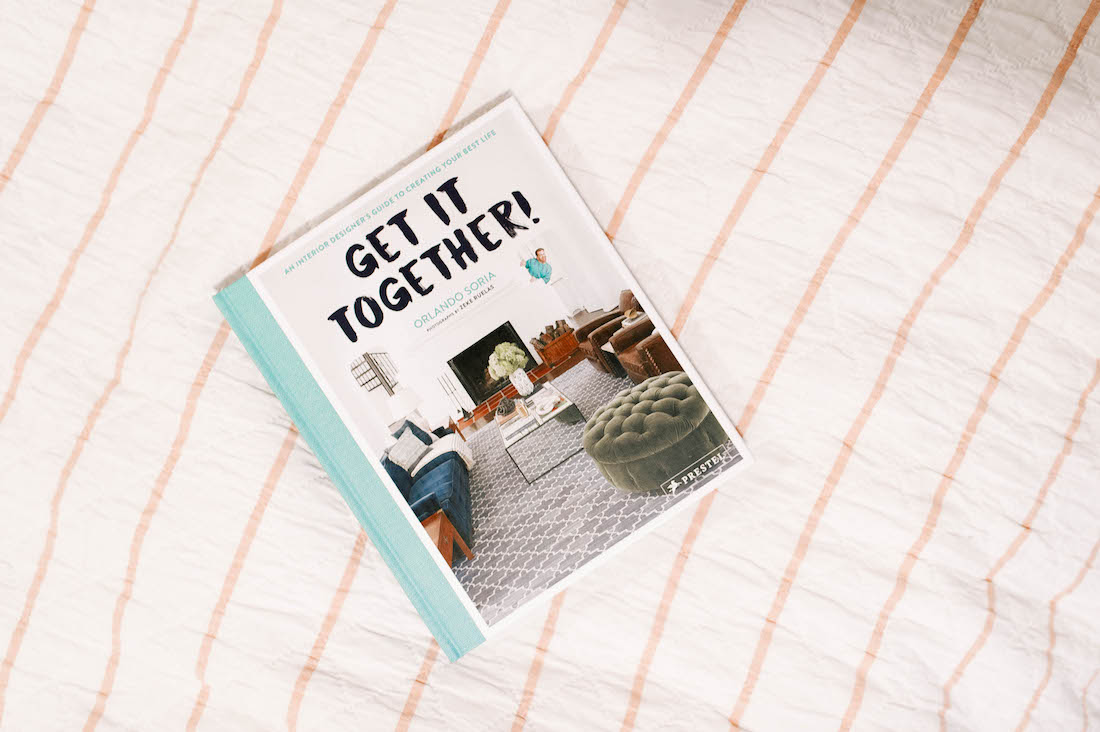 So anyway, Orlando wrote a book and as the president of his fan club, I obviously pre-ordered it. (Yes, yes that’s right, I ordered it like everyone else – I was not gifted the book, although my sister was and she had a delightful time stirring up a bit of sibling rivalry and taunting me with photos of the book + the handwritten, illustrated note he sent to her. I’ll admit it, I was pretty jealous but also maybe the most proud I’ve ever been of my sister?)

A few weeks later Carter was over shooting videos and the book came in the mail and I literally shrieked out of excitement and made her take some pictures of me with the book. Even though I hadn’t even opened the book, I knew it would be good. (Besides all of the gushing I’ve done, I’ve said nothing about his actual work: you should know Orlando is also an incredibly talented designer – his work is amazing and he also has a really cool design blog which you guys will LOVE if you don’t already read it. Besides writing about design he sometimes writes more personal stuff like this post about depression and this post about dating).

So yes, without having ever even read the book I made my photographer take pictures of it. I don’t know what that says about me, especially as a person who prides herself on such honest reviews. But I had a hunch. I knew it would be good. 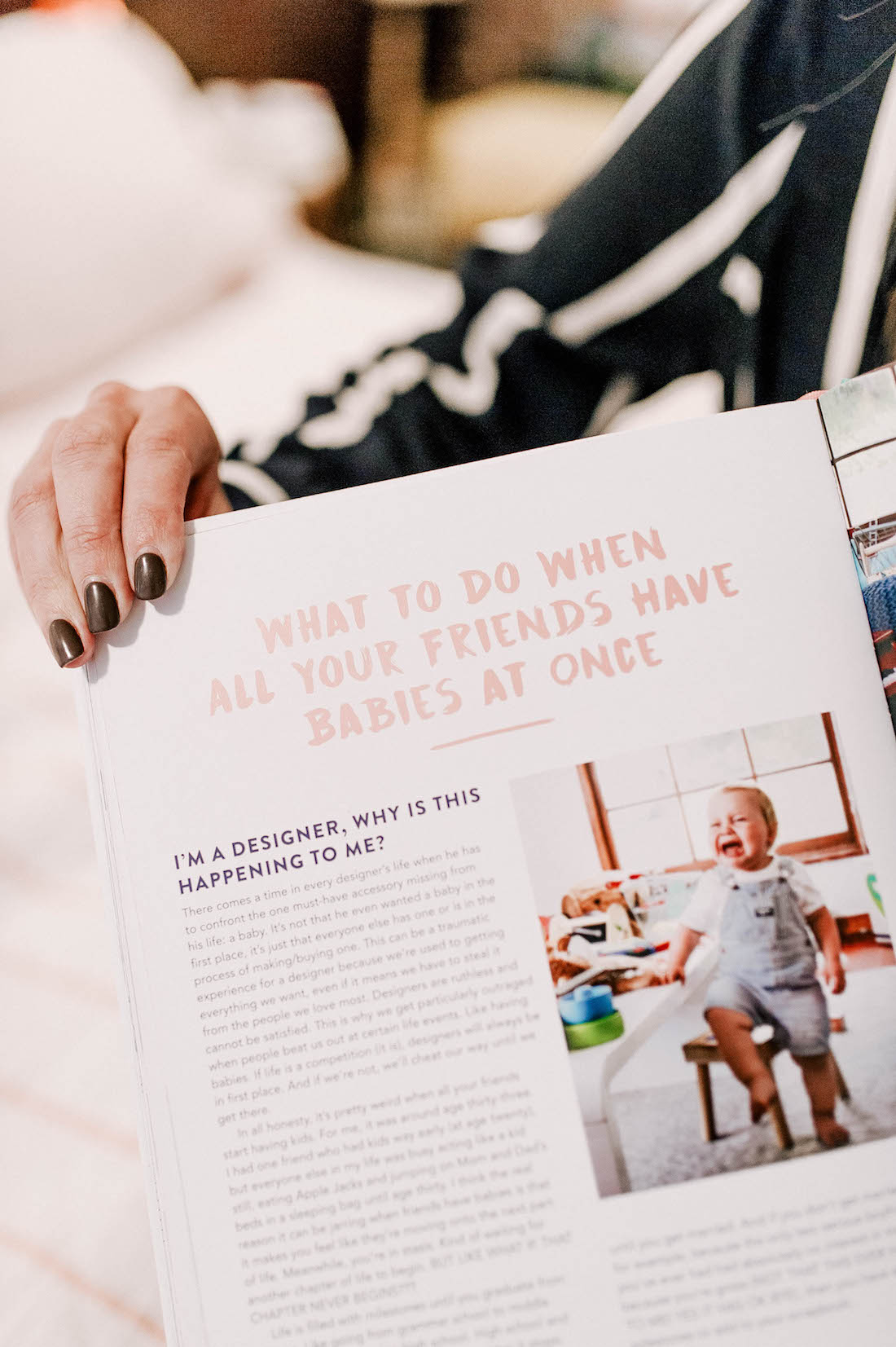 The book is great. No surprises there. I was not let down. It gives fantastic, useful design advice that every person can benefit from. It’s also packed with DIY projects and you guys know I love a good home DIY.

What I wasn’t prepared for was how personal he’d get. I read the book from cover to cover because it’s part design book, part memoir, part (hilarious) self-help book. At parts, I found myself laughing hysterically. At others, I cried. I cried the whole chapter about his breakup because I related to it so much. We were broken up with the same exact way, which for the record is one of the worst ways possible. He writes about body image and dysmorphia, and feeling like you’ll never be able to trust someone again. I related to these bits so much and sobbed through those parts (in fairness I am really not much of a cryer but think I was PMSing as I read it), and then laughed through others.

This is honestly one of the best books I’ve read in a while. I obviously love interior design (and I have entirely too many design books – it’s a problem). Most of my design books sit in piles on my coffee table and in corners of my apartment. They’re more decorative than anything. I love to flip through them but rarely actually read them. This one, you’ll want to read. Maybe multiple times. It’s the best. So go buy it right now, okay? Okay. Thank me later.

PS – There’s a new episode of Young Adulting up today! Go listen. Today’s an advice episode. We talk about moving to a new city, stopping the comparison game, making the time to read, and the fact that Instagram is NOT real life. 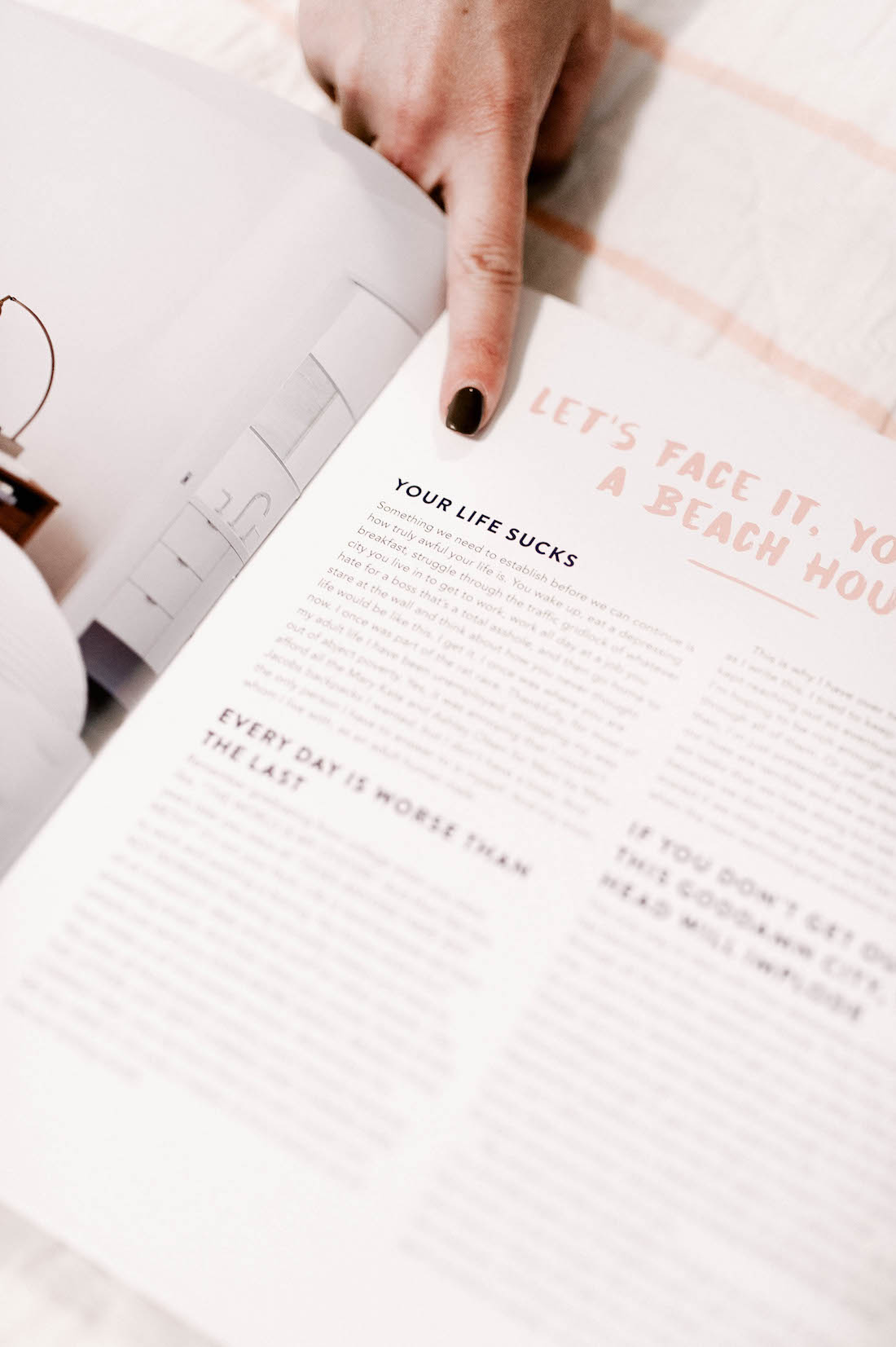 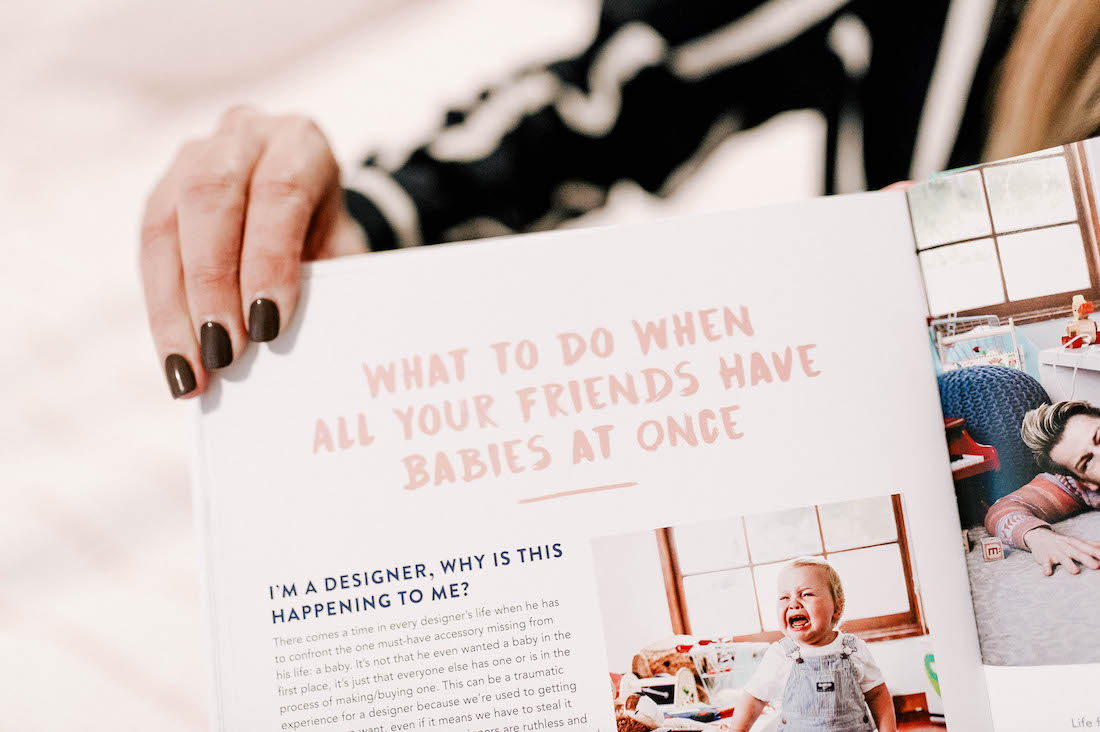 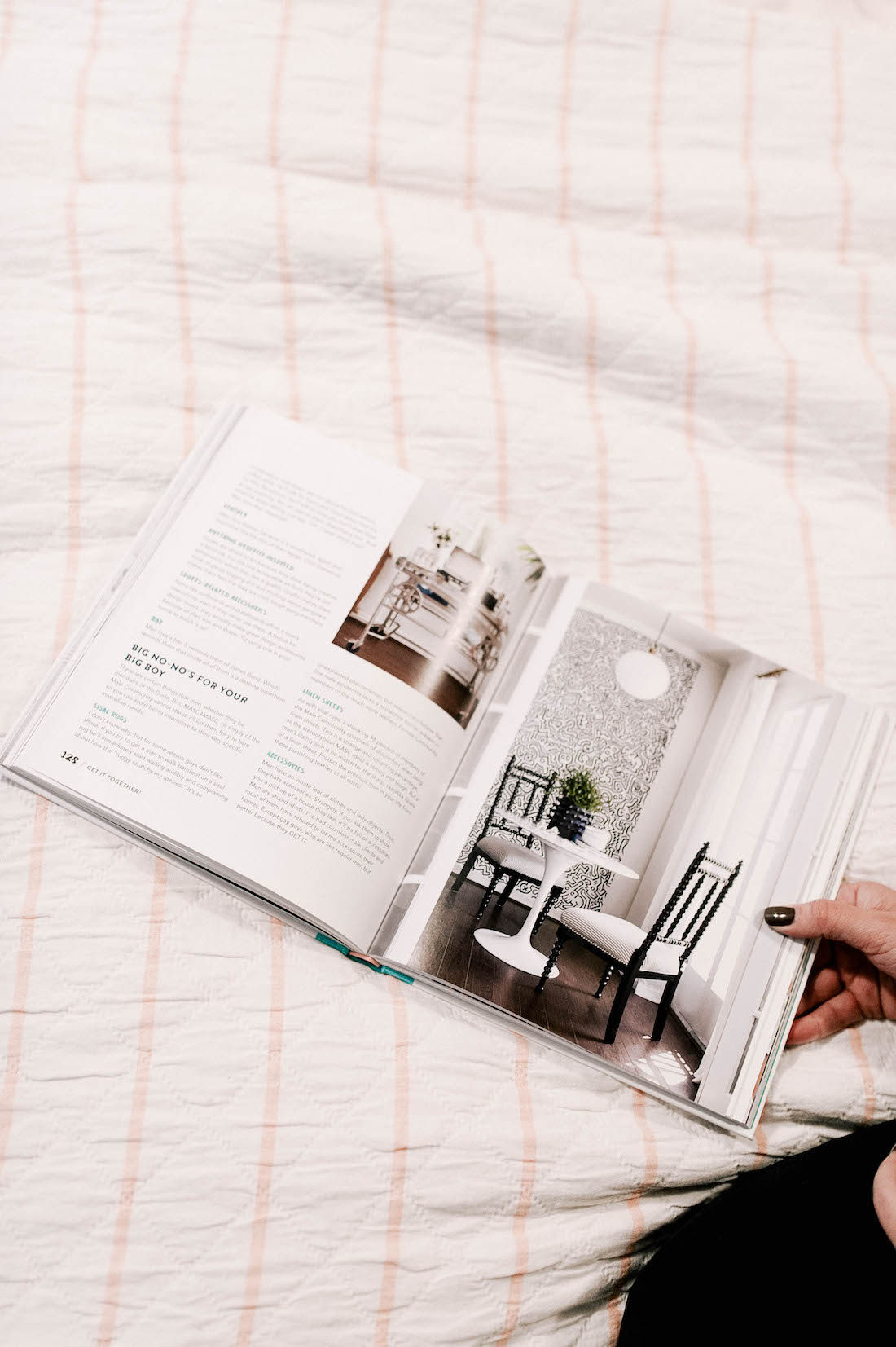