Two nights ago on Wednesday, I had the pleasure of attending the FIAF’s second installment of their “Fashion Talks” series, with Lorenz Baumer. 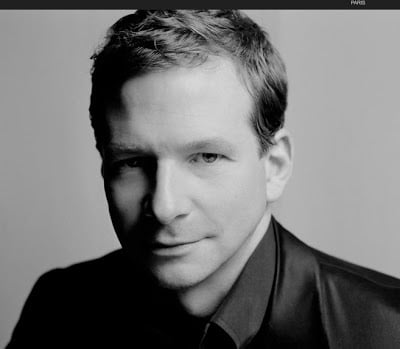 First of all, the man is insanely humble, and extremely handsome.  My friend Meg and I marvelled over this from the fourth row, as we obsessed over moderator Pamela Golbin’s amazing Azzedine Alaïa frock.  No really… it was totally amazing and might have detracted from Baumer a bit, if only slightly.

The night started out on a hilarious note.  I had tweeted that I couldn’t wait to hear what “jewelry god,” Lorenz Baumer had to say, and both Golbin and Baumer referenced my tweet all evening long.  Hysterical.  That’s the power of social media for you, I guess.

Now, for the evening.  If you don’t know who Baumer is, you should.  He’s considered to be one of the most talented jewelry designers of his time.  He spent 15 years designing the jewelry for Chanel.  Now he designs Louis Vuitton’s jewelry, and has his own line.  Ridiculousness.  Of course I can’t afford any of it, but I’m already oggling every single piece.

He talked about balancing creativity with business – his advice was to use a combination of instinct and teamwork.  I like that.  When designing jewelry, his end goal is for women to say, “I can’t live without that!”  And lastly, the man had no formal training, but instead, an engineering background.  Kind of amazing.

I’m not going to lie… both Meg and myself have developed a little bit of a crush.