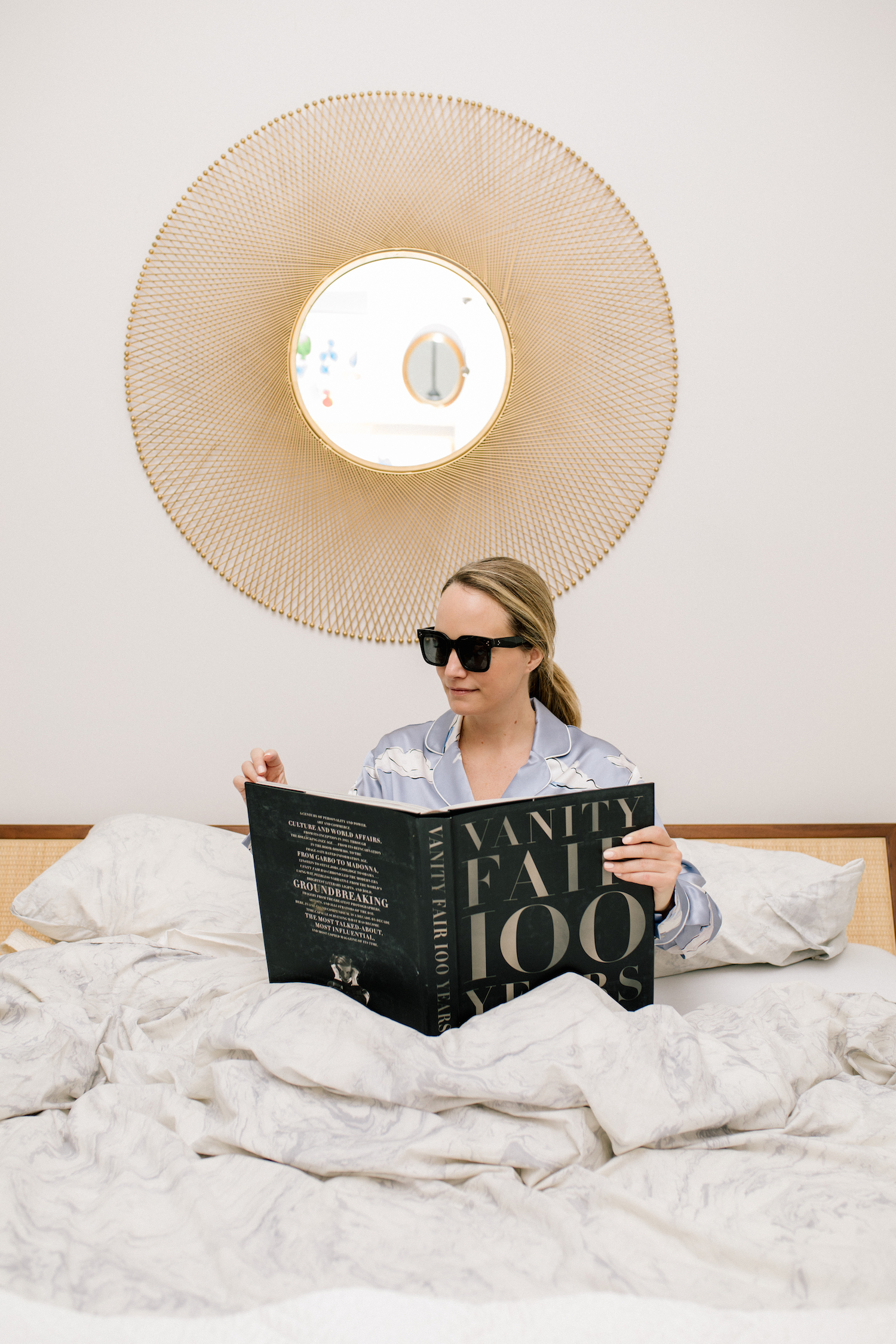 I have watched… an excessive amount of TV and movies this past week as I was sick with COVID. I am almost embarrassed by how long this list was. But the truth was that for a lot of it the headache was so bad (when the headaches kicked in I could NOT read), or I’d have a fever and need to have my arms under the blanket… so, all there really was to do was watch TV. I went with mostly heartwarming stuff and/or old favorites… though Shining Girls is pretty scary – I didn’t watch that til I was out of the headache phase!

Also: so many great reader recommendations on this Instagram post (thank you!) and as always, feel free to share any and all recs in the comments section, I always love hearing what others are watching and loving.

Everything I Watched While I Was Sick

This is just such a wonderful classic, feel good movie. The ultimate in comfort movies, if you will. I hadn’t seen it in ages and think I might have enjoyed it even more than I did the first time around? Just the very best (I also forgot how great the soundtrack is.

Another classic, also: one of my favorite comfort movies. Such fun escapism (Paris!) while imagining meeting some of the literary greats. I could watch this again and again and never feel bored.

Along For the Ride (Netflix)

I was surprised by how much I enjoyed this… it’s a stereotypical Netflix teenage romcom, which ordinarily is not my thing. But this was just so sweet and wholesome. A girl moves to her father’s cozy beachy town for the summer (I think it was filmed in North Carolina), determined to actually be a kid and have some fun. Adventures, (plus new friendships, the kind she’s never had) ensue.

This was recommended to me in the comments section of this instagram post.  It was so cute… we need more father daughter movies. Kristen Bell plays a Type-A workaholic (I cringed as she was on her phone just before walking down the aisle) who gets left at the altar. Through a series of drunken events, she winds up bringing her estranged father on her honeymoon.

OK, this was not great, but… not awful? With such a killer cast it should have been better but it was a good sick day film. I would recommend doing a free trial to Paramount (don’t pay to rent this!). Sandra Bullock plays a romance novelist who is kidnapped by a rich psychopath (played by Daniel Radcliffe). Channing Tatum is in love with her and determined to track her down… Brad Pitt helps. I think what I liked most about it is that it reminded me a lot of Romancing The Stone, one of my all time favorite films.

This was also not great cinema but scratched such an itch for the sort of films I loved in high school. Also, it made me nostalgic as I was a similar age to the characters. And I love Rebel Wilson. Rebel plays a woman who has just woke up from a 20 year coma…. the last thing she remembers is high school (she’s a total mean girl) and wanting to be prom queen. At age 37, she goes back to school to relive senior year.

This was… SO creepy and unsettling. A fertility doctor uses his own sperm on his patients. Thirty years later, a whole town (ish… most of them live within a 25 mile radius of each other) of “siblings” has cropped up. It’s intriguing and interesting of course but mostly I just felt really bad for the victims. There wasn’t much they could do to prosecute him.

I will admit that when I first started this, I was only medium on it and kept falling asleep. It is really confusing at first, but I’m caught up and it is starting to make more sense. I don’t want to give anything away, just trust me!

Hacks was one of my favorite shows of all last year and I actually squealed when I saw that it is back. Jean Smart plays an aging comedienne, hiring a young writer to help her write jokes and stay relevant. It’s just so funny. I’m so happy that it is back, truly, this feels like being reunited with old friends.

My boyfriend called this one “Virgin River for men” which cracked me up. It has that same comforting feeling to watch (while still being a thriller). It’s a legal drama which I love, with smaller cases plus one big murder mystery. Well, two, actually. I loved it. I watched the entire season in a couple days. Highly recommend.

I started this at several people’s recommendation but I can’t really get into it. A group of teenage girls is stranded on a desert island and has to bond and survive. I may pick it back up but my first hunch was… meh!

This is only medium so far but I am still invested… mostly because Theo James is just a snack (and I loved Rose Leslie on Game of Thrones!) But the truth is, even though there are holes in this vs. the book it is still so fun and worth the watch. Only two episodes in but seems promising!

Sex and the City Reruns (HBO)

This is a go-to when I’m sick as I can doze off and pick right up again as I’ve watched it so many times. It’s comforting and feels like being with old friends. I feel the same way about Gossip Girl!