I love pom poms. So much. And I really wanted a fun pom pom bag for Spring but couldn’t find one that was “just right” or really over-priced. Because at the end of the day, some of those bags are really cute but I don’t want to spend over $100 for a bag made out of straw and pom poms. So I decided I’d make my own. This isn’t really even a DIY… it’s just a glue project. Anyone can do it. Sometimes the hardest part about a “DIY” is really just finding the right supplies… in this case, it was a little tricky finding the perfect pom poms (they have to be big enough!!!) But I found them, and from there it was smooth sailing… it was really just figuring out which colors looked pretty together and gluing! 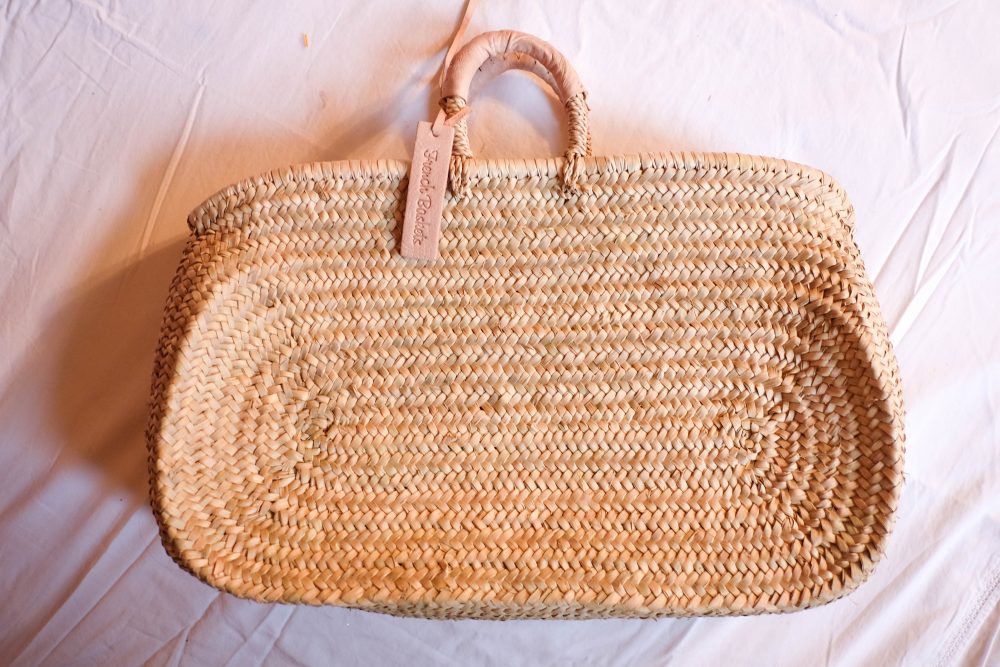 I used this exact bag, from this (amazing) Etsy shop. They have so many incredible high-quality beautiful straw bags (at far better prices than you’ll see on Nordstrom, Shopbop, etc…) you may want to order some plain ones too! I ended up scooping up this one as well… just to have, because I love it and it’s only $32. 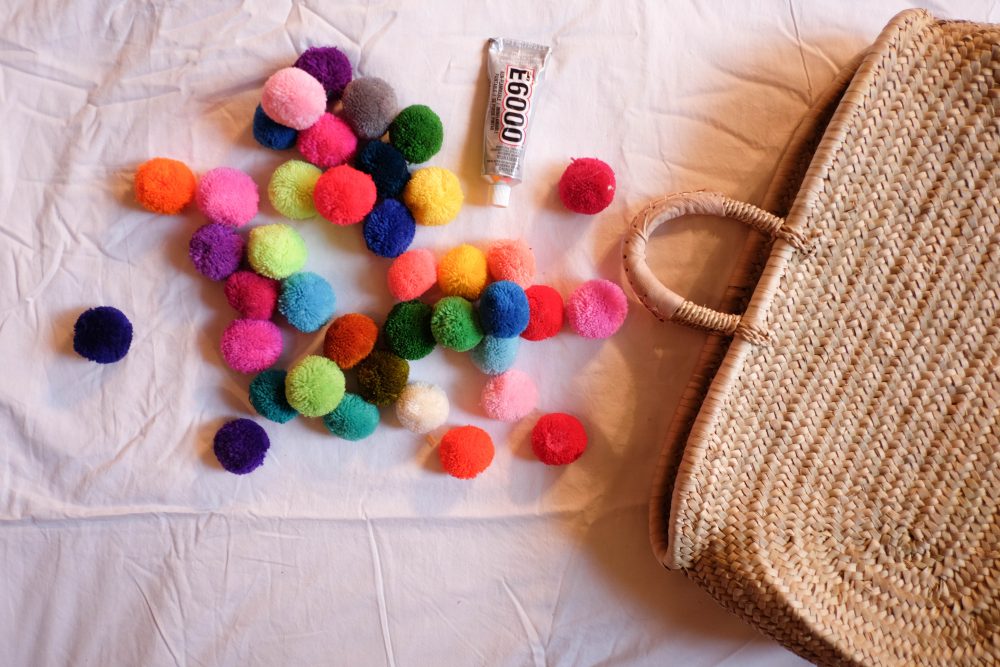 You will also need E6000 Glue (it’s the strongest) and a bunch of 5cm pom poms. I used these exact pom poms and would recommend that you do the same… as I mentioned above, it was kind of hard to find quality pom poms that were big enough!

A word about gluing… the purist in me did not want to glue the pom poms on, but attempting to sew them on was a disaster (the woven palm leaves of the bag did not respond well to being poked with needles). From there, I tried fabric glue, which was too slippery. A hot glue gun would also work but the results are less permanent. 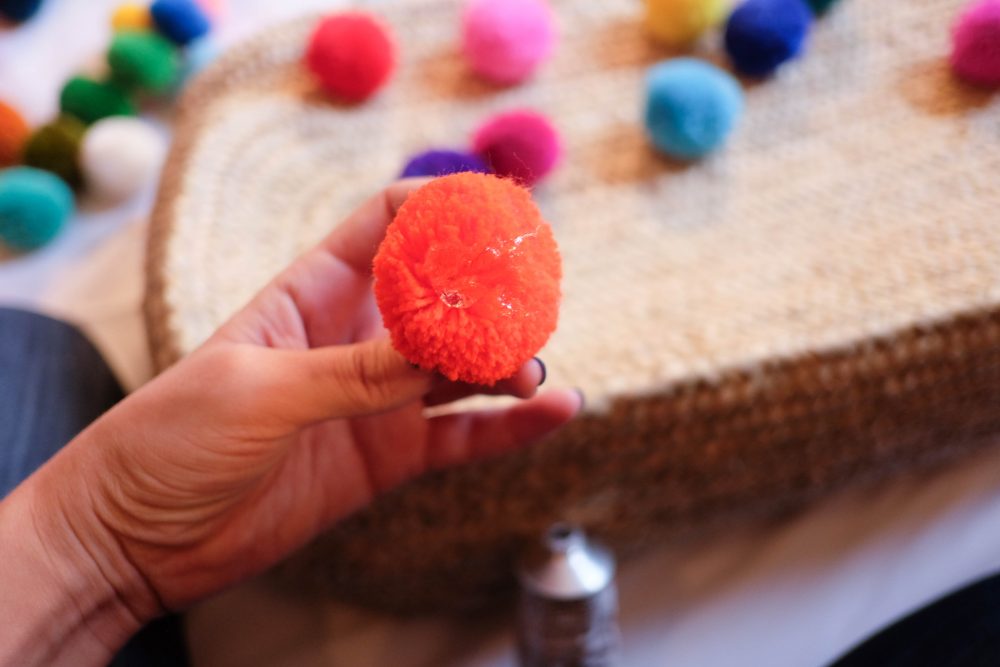 Start by laying out all of your pom poms to decide which colors look best together. From there, apply a big drop of glue to one pom pom, and press it onto the bag. 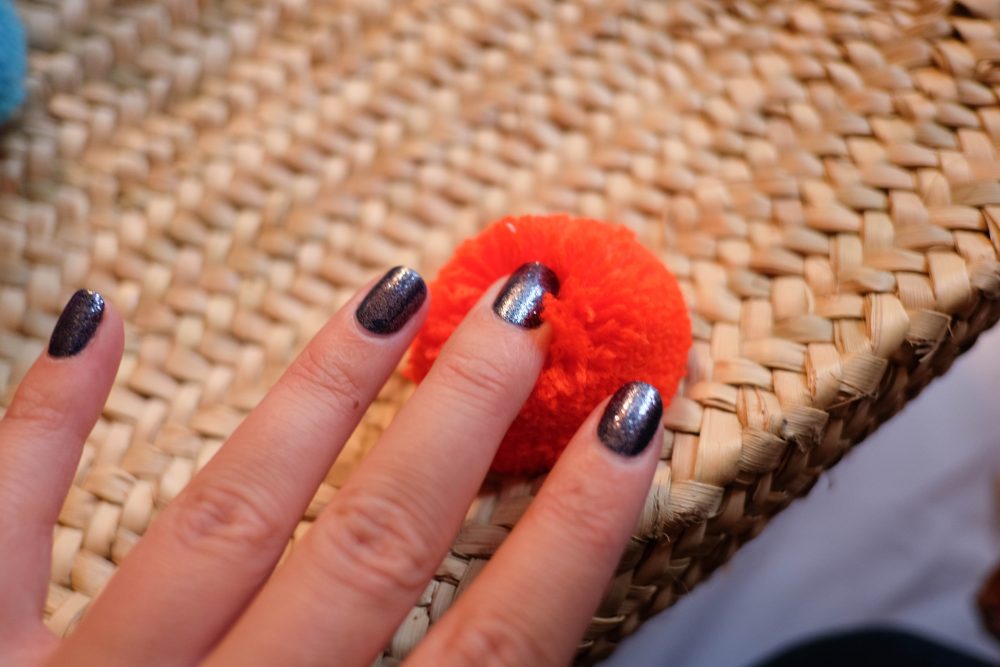 Press firmly for 10-20 seconds, and then repeat.

I found that it was best to work in patches. I applied all of these as they were on the same “plane” and then I went back and added the other pom poms later once the first bunch had dried. 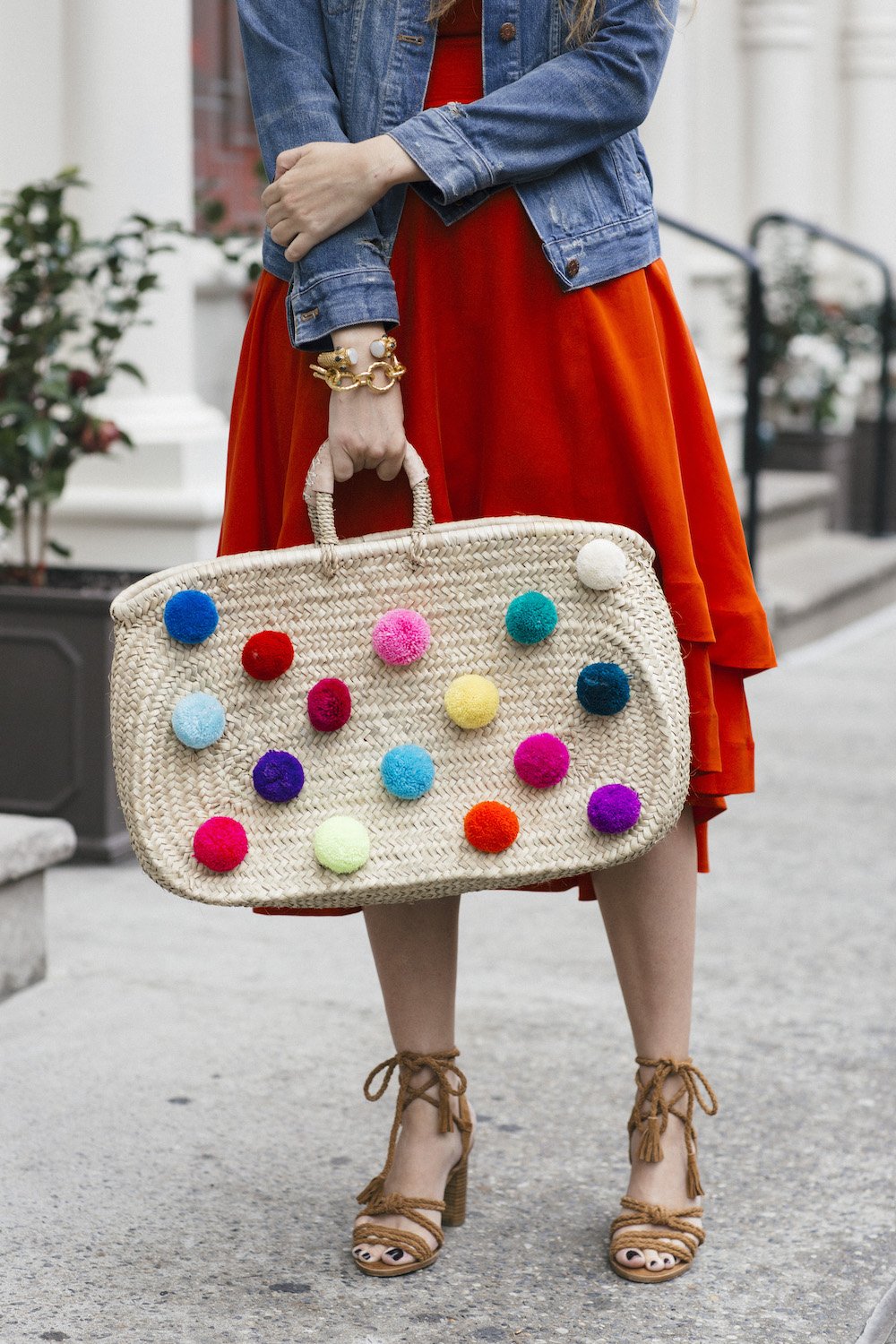 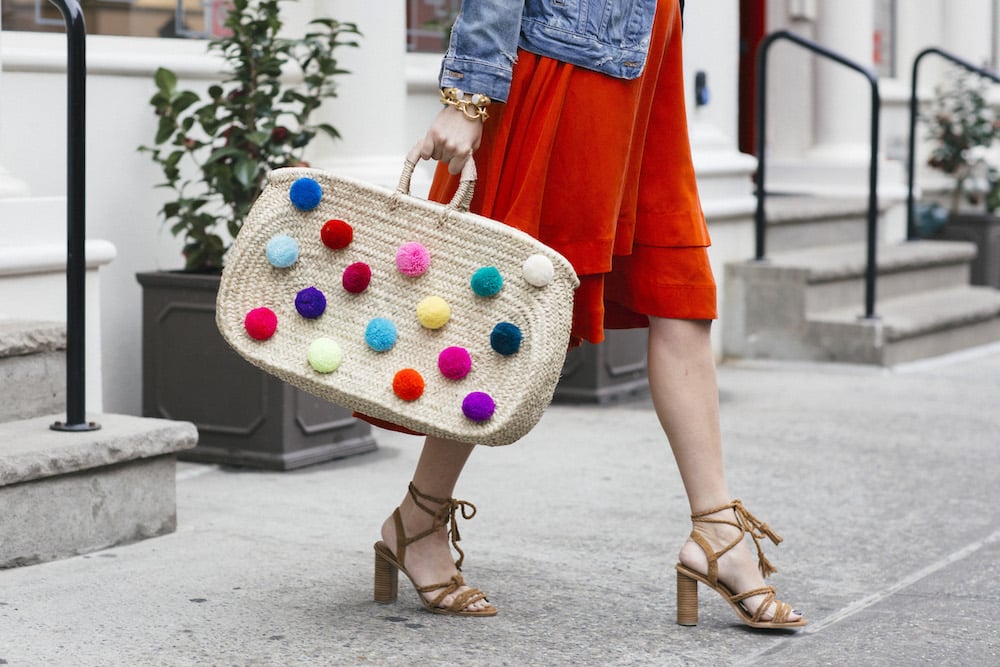 photos of me by Lydia Hudgens.