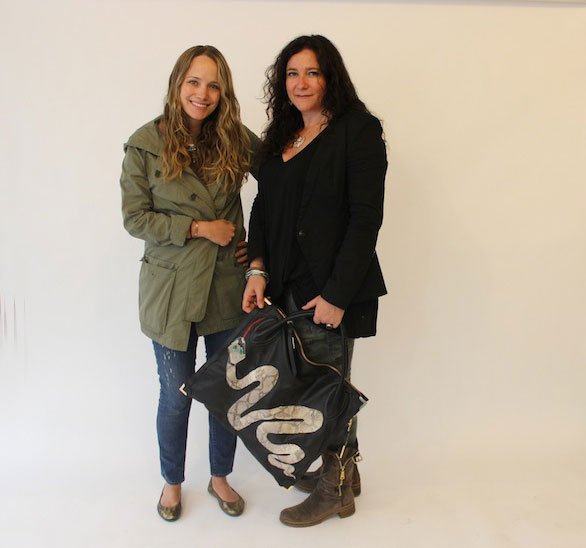 A few months ago I had the pleasure of meeting up with Anna Corinna (of Foley & Corinna) for a little Designer DIY.  We took one of Foley & Corinna’s classic bags (the frame tote!) and added a little animalistic touch to it, giving it an edigier touch and transforming it into something one of a kind.  I love that Anna chose to make a snake… after all, this is supposed to be the year of the snake, right?

If you have a sewing machine (or are patient at hand-sewing) and a few scraps of leather this is something you can very easily do at home…  it’s such a great way to add interest to an old basic.

Be sure to come back a little later this week – I have another little DIY collab with F&C coming soon. 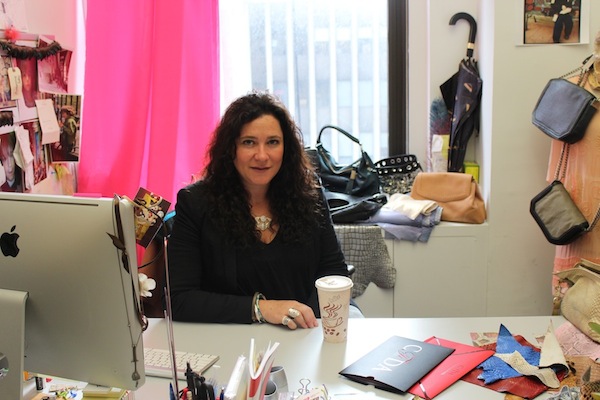 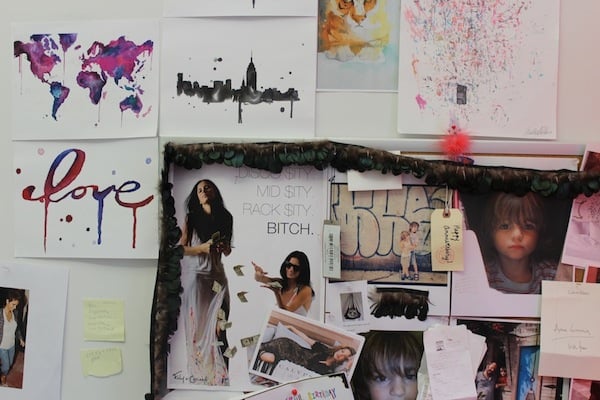 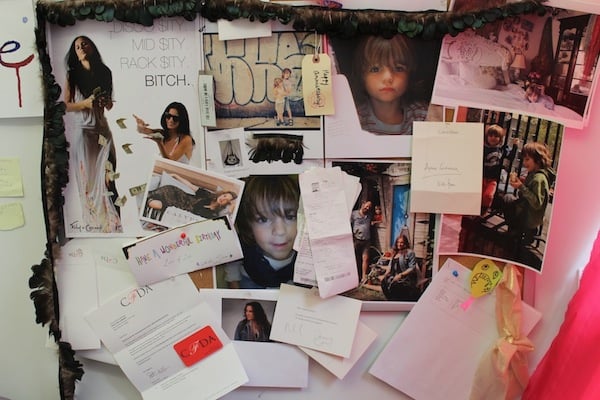 We started out with this bag… and this illustration of a snake, by Anna. 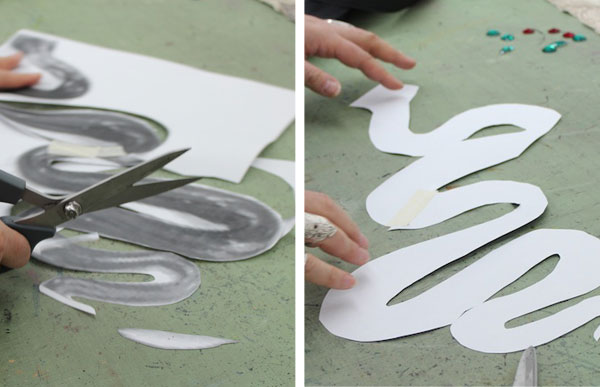 Anna made a copy of her illustration, and then we cut it out to use it as a stencil. 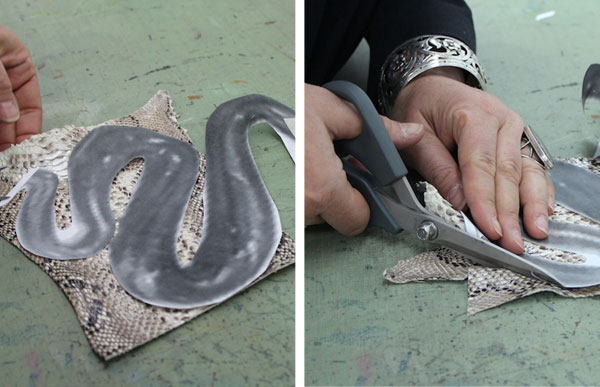 She then laid it out over a few different scraps of python skin and cut out the snake. 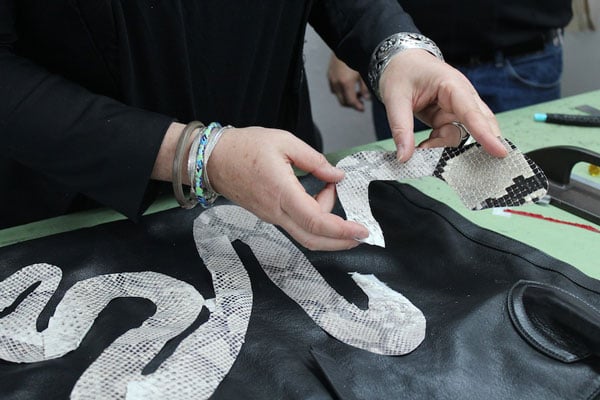 We laid it out over the bag to see how it would look… and then used a little bit of glue to hold it in place. 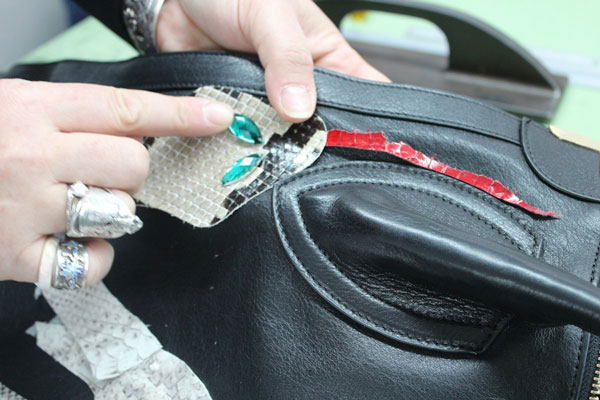 And then laid out eyes and a little sliver of red for the tongue. 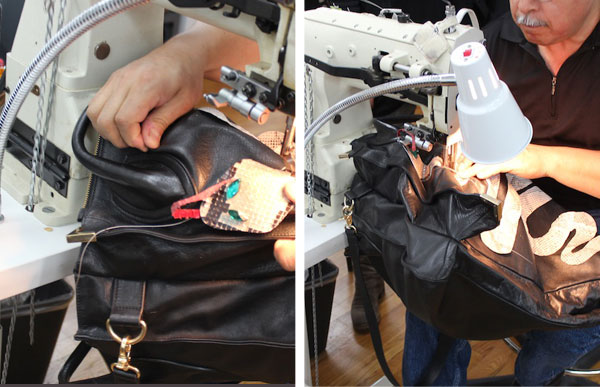 And then it was over to the (heavy duty) sewing machine.  Anna’s seamstress carefully sewed the snake to the bag. 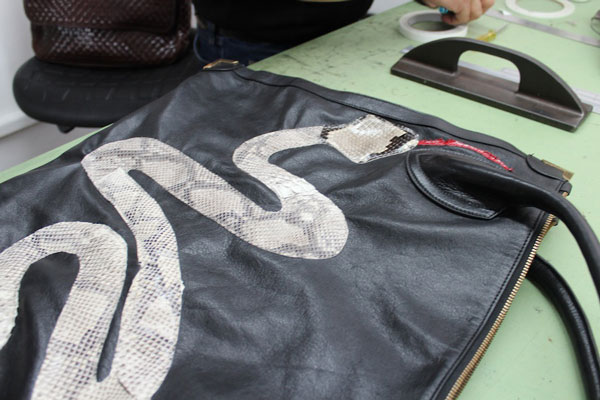 All beautifully sewn on! 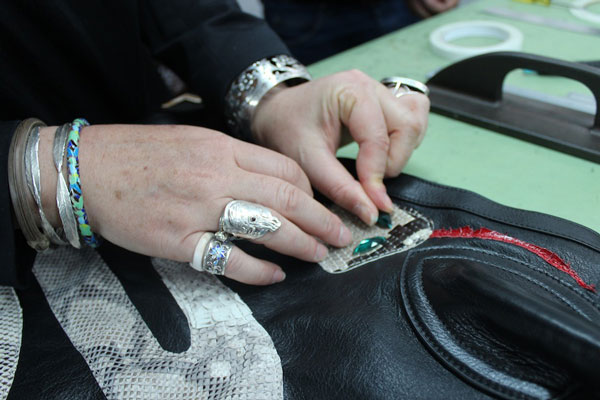 We then glued the eyes to the snake… 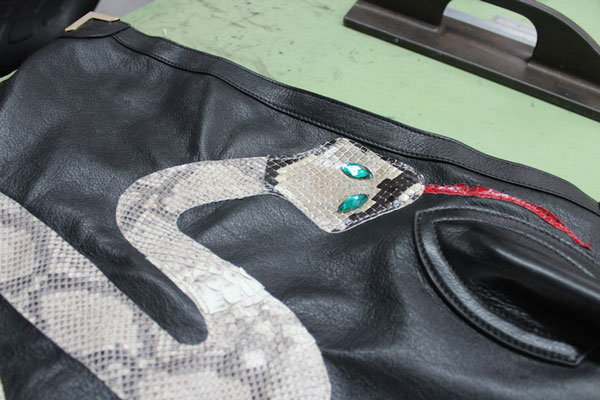 And we were done! 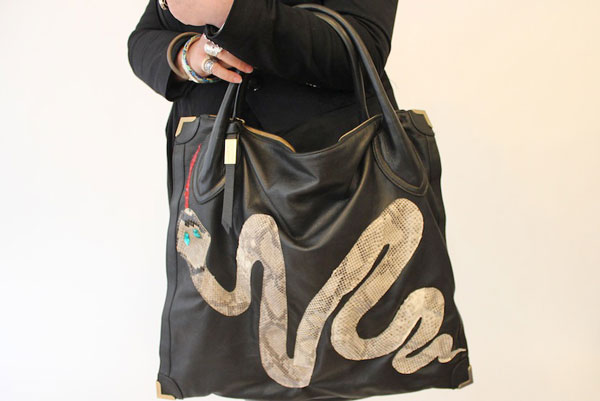 {Thank you Foley & Corinna for a fun morning!}