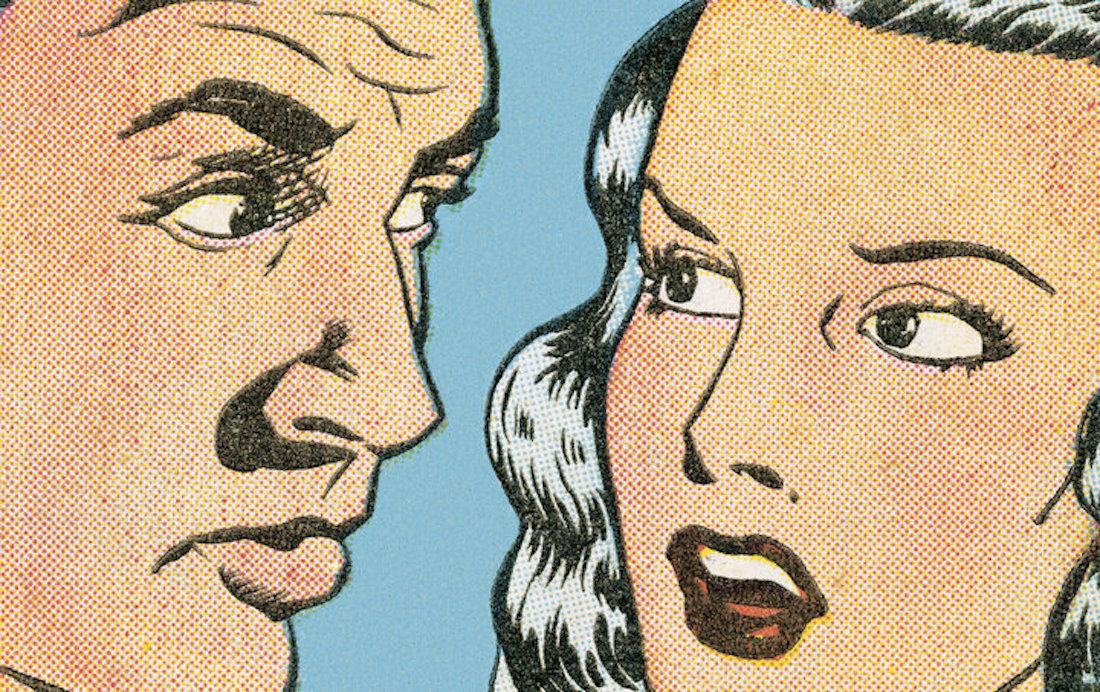 Clara is back and I think you are going to LOVE today’s post if you’re single. (If you’re not, send it to your single friends!) The “what are we” talk is really just the worst thing ever (I try to just not have it which is also a poor strategy!) and her advice about “agreeable = attractive is something I STILL grapple with. I hope you enjoy her piece as much as I did.

Back in the fall of 2016 I was dating this guy I’d met at a coffee shop. He was the first guy I’d ever approached in person, and from our first conversation over coffee to a weekend wine trip in the Finger Lakes just a few weeks later, the whole thing felt kismet.

About two months in I started to get the “what are we?” itch.

The feeling of “I want this to be something more but I’m not sure what he wants.” That lovely grey area I referenced a few weeks back.

I decided to bring it up over burgers one night. But in bringing it up, I lied. It was as if my authentic self went straight out the window and a fake, placating version of Clara showed up with hopes and desires that went completely against what I actually wanted.

I started the conversation by explaining (as if I were holding some sort of business summit), that I wanted to clarify the state of our relationship. Merely, I just wanted to know what we were doing. I had “no expectations.” Lies and more lies. I didn’t just want to know, I wanted a relationship. And I did have expectations— which included a committed relationship, partnership, exclusivity, and LABELS.

But when he shared that he wasn’t looking for a relationship because he’d just moved to New York and recently ended something serious (red flag times two), I was all “Oh yeah, yup, totally, me too. I’m definitely not ready for labels.”

It’s equal parts astounding and horrifying to think back on those false words that so easily poured out of my mouth.

I was open to doing anything and everything I possibly could to not rock the boat, to not communicate my own needs, to not stare in the face of rejection, and most of all, to hold onto the hope that he.would.change.

One of the most common things women say when they come to me is “I just want to feel like myself in dating.”

Why do we struggle so deeply with this? And why do we so often exist between two extremes? We’re either accomodating to a fault or filled with bitterness and rage, which often takes the tone of “This is who I AM. Screw him if he’s not into it.”

Here’s how I would have advised my former self to date more authentically:

one // Rid yourself of the belief that agreeable = attractive.

And the thought that anything other than agreeable is the following: needy, bitchy, demanding, too much, emotional, and sensitive. Get curious about the areas in your life where you find yourself always going with the flow, when you actually  end up doing something you don’t want to do.

two // Look at what you’re tolerating.

So why does tolerating and enduring matter so much in dating? Because by tolerating people and behaviors that don’t align with what we want, we’re sending a big ol’ message to the universe that says “This is all totally cool with me!” This is why we repeatedly experience the same guy or same situation. We all know that saying about the definition of insanity…doing the same thing over and over again and expecting a different result. If you’re suppressing your desire to ask where things stand, or are putting up with late night hangouts and hookups without ever holding the guy accountable for what you want (a proper date for example), you’re likely to have the same result.

When we tolerate people’s behavior that doesn’t make us feel good, especially in a scenario where the purpose is to explore an intimate connection: we’re actually not being ourselves. We’re being edited versions of ourselves. We’re performing. We edit ourselves in everyday life, and for very good reason, all the time. Someone’s nasty to us on the subway and we don’t engage. Our boss says something we don’t agree with and we keep that opinion to ourselves.

If we said everything on our mind all the time, it wouldn’t be good. But, BUT, when it comes to getting to know someone, when it comes to developing a deep and intimate connection, it never works. We can only hold our tongues for so long out of fear of being too much or too needy, or not having our needs met, but it ultimately doesn’t work or last. Why? Because we’re not actually being ourselves.

Shifting this behavior is absolutely crucial to shifting the way in which we date, because no successful relationship is founded on faulty perceptions or inauthentic behavior.

Let’s just say that ended in an $800.00 visit to urgent care for every STD test under the sun. While I sincerely hope none of your dating escapades end in such a terrifying fashion, I share it as a reminder that the fear of stating our needs, the incessant “disease to please,” all can take a much bigger toll than we ever anticipated. In a way, that was the best $800.00 I ever spent.

Clara Artschwager is an NYC based Modern Dating & Relationships Coach who specializes in helping career-driven women shift their approach to dating. Her work has been featured in The Cut, Well+Good, Man Repeller, Girl Boss Media, and more.