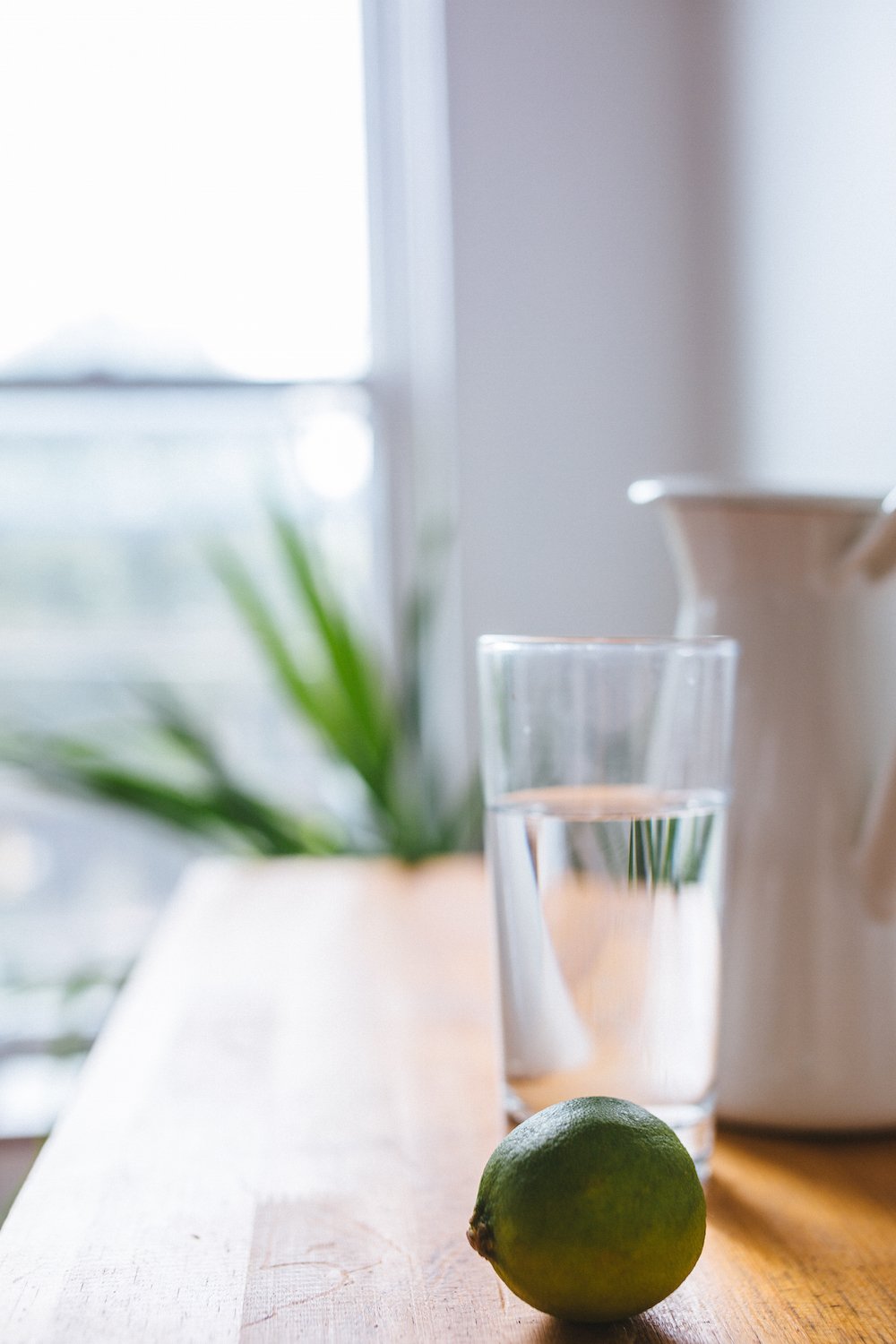 I don’t really like to talk about my personal life a whole lot over here. I mean, I’ll tell you what I’m doing but not talk about who it’s with, if that makes any sense? Balance the line between keeping things real and oversharing. It’s hard because there is a part of me that wants to blab to you guys about anything and everything going on, but I am also very private… and cautious, too. I had a serious boyfriend when I started this blog, and he naturally just became a part of the blog. My audience was also a lot smaller back then, so I never thought twice about throwing photos of the two of us together up, talking about our life together, and so on and so forth. And then we broke up. As if it wasn’t hard enough already, for the first year afterward, “breakup” was one of the key search words (next to my name) bringing in traffic. Or his name. Yuck. It made me feel a little sick to my stomach (and I felt like I was violating both of our privacy) and so I went through my site and deleted most of the posts with him in it.

But I think about talking about dating over here a little bit more, as there are things I want to share with you, especially with regard to dating in your thirties. So, tonight (as I spend a romantic Valentine’s Day with Tyrion + my computer) I am going to share those things with you…. And leave it at that. 😉

ONE // Things have changed, a lot. God, things have changed so much in a few short years. Five or six years ago, everything happened in real life, now everyone meets online! It was while I was with my ex that Tinder and all of the dating apps surfaced. When I was in a relationship I’d beg my single friends to let me play with their apps. They seemed so fun! Let me tell you… it’s entirely different when you are the one using the app. I did Tinder, Bumble, Happn for a while… but I quit them all over the Fall. While it’s certainly an ego boost to have so many “matches,” I ultimately found them to be a waste of time. I got harassed, I corrected their grammar, I had some good laughs and met a lot of people, but ultimately I came to the conclusion that my time is precious and the person I’m meant to be with is probably not on Tinder.

TWO // Breakups are kind of traumatizing. Mine was the absolute worst. I’m friends with my ex now and it all feels so far away now, but I think I’ve possibly blacked out how bad it was. Somehow I came out so much stronger, but I was quite literally traumatized for an entire year (maybe longer) after. I would go on dates and freak out. I’d end up back at a guy’s apartment and then get completely panicked and be like, “I need to leave. Now.” (Yes that happened, more than once, no, I never heard from those guys again…) I went on so many first dates in that first year.. maybe fifty. Seriously. Most of the dates were inconsequential and some were traumatic (there was a guy who showed up clad entirely in Lululemon, and wouldn’t stop telling me how breathable they were in the crotch area). But mostly, I spent that year focusing on my friendships and my work, and (I know this sounds trite) made myself into the person I wanted to be – stronger, happier, just… a better person.

THREE // You take the word “boyfriend” so much more seriously as you get older. (Or maybe that’s just me.) I always had a boyfriend in my twenties and didn’t really think much of the word. Boyfriends just seemed to magically appear. I’d date one, break up, be sad for a minute… and then meet another and repeat the process. I was never in a rush to get married so I never really thought about whether the person had long-term potential until my “big ex.” I had a boyfriend for a year and a half and was single for only a month before I met him. Before that one there was another boyfriend and another one before him. I haven’t called anyone my boyfriend that since my last ex. I dated someone for six months(!!!) and couldn’t bring myself to call him that. I know that’s not normal, but you get my point. If I call you my boyfriend, it’s a big effing deal.

FOUR // Dating around is really good. You figure out what you like and what you don’t. You figure out what things are deal breakers, and what things aren’t. I think a huge problem for me was all of those boyfriends (and so little time being actually single). I didn’t go on any bad dates! I focused a lot on the wrong things in my twenties… I feel like I’ve learned a lot over the past year and know myself and what I want. The most important thing to me is that our senses of humor be aligned. They should also be smarter than me (not hard, I swear ;)), a little bit of a weirdo, naturally curious, honest, trustworthy, and able to properly communicate. And there needs to be a physical spark. (As I wrote all that down I realized I’m pickier than I claim to be… anyone know a smart, considerate, hot weirdo with great communication skillz?) I would also like my person to at least on some level, get what I do for a living. They don’t need to fully understand it all but I went on a string of dates where the guys had looked me up on Instagram and found my blog and everything just deteriorated from there. One of them actually said, “So you just get paid to look hot on Instagram?” No. Just no. There have also been some guys that are really cool with it and ask a lot of questions, which is refreshing. So all that being said, having a firmer grasp on what I’m looking for, I don’t particularly want to date around… but… such is life.

FIVE // Guys date around a lot too. Just know that and keep it in the back of your head before you get fully invested.

SIX // It’s really hard to find someone where there is chemistry on both a physical + emotional level. It’s usually going to be one or the other. If you find both, you more or less have yourself a unicorn, so try to keep that person around. If you can stay up late making out AND talking, you win. Obviously a lasting relationship takes more than that, but that’s your foundation.

SEVEN // Games are really dumb. But they do work. My one friend constantly tells me not to text a guy back for at least four hours. I constantly let her down. It’s so confusing though… how are you supposed to have a conversation if you do that? Especially if he’s playing games too… if that’s the case, no one is going to talk for a solid eight hours. Completely inefficient. I’m still figuring this out but I think the key is to put yourself first. Don’t ditch your friends, your work, or your other priorities for a guy. But if you like them, text them back… maybe just not immediately?

EIGHT // It takes a really long time to get to truly know someone. I think for me, this is one of the biggest revelations. I don’t know how it works. It’s really hard. It’s hard to let someone in, but it might actually be harder to really truly get to know someone. You can go on all the dates in the world, have all of the long conversations and only scratch the surface… That was the case with the six months guy. I am incredibly curious by nature, so I want to know everything about a person, from childhood details to favorite smells to what their face looks like when they sleep to what bottom of their foot looks like. (Okay not that last one but maybe I do? Is that weird?) I ask a million questions and am happier when my date is the one doing the talking. Still, even after a million questions, and even a couple months of dating, you probably don’t really know the person. I think the best way to get to know someone is to spend a prolonged period of time together. A long weekend, a roadtrip, etc. It’s doing the mundane things together… watching movies all day, grocery shopping, people watching, driving, reading the newspaper together… those are both my favorite moments + also when you learn the most about a person.

NINE // In your thirties, it can go one of two ways. Either you focus on getting married, or you focus on being happy. Ideally it ends with both, but for me, I just want to be happy. I enjoy my own company more than most people and am genuinely so happy with my life exactly how it is. It’s when I bring someone else into the equation that things seem to go awry. Ideally, I want to be in a committed relationship where we both respect and adore each other. I hope I find that, but I also really believe that everything works out the way it’s supposed to. Some days it’s harder to remember that than others, but ultimately I’d rather spend the rest of my life alone (and I wouldn’t be alone – I have the most incredible friends + family) than with the wrong person. End of story.

TEN // I don’t have a tenth thing, but maybe you do. I’d love to hear your experiences and what you’ve learned.. especially if you are my age and single too! 😉