Oh, Cuba. Where do I even begin. I returned home from my trip on Monday evening and feel like I am still processing this trip. It was one of the most amazing trips I’ve ever been on.

I am not a big crier and I cried on the plane as we took off. It was such an incredible trip that also brought out a lot of emotions. I’ve traveled quite a bit but never been anywhere remotely like it. I got home and just needed to sit. Besides missing Cuba (the trip was just amazing – the group – the yoga – everything) I was just struck by how MUCH I have and how little others have. Sitting in my big apartment working, with WiFi that is (all things considered), pretty fast. Drinking water out of the tap. Drinking my fancy Nespresso coffee.

Ordering my groceries to my apartment. I’ve always been aware of my privilege and how lucky I am but that’s really in comparison to other Americans. Visiting this country and seeing not only how little these people have but also (and most importantly) how MUCH they do with how little they have is something that really stuck with me.

I’ve been trying to figure out the best way to share our trip and have decided it will ultimately be three posts. Today’s larger post – a diary of photos + some interesting things I learned from the trip. The next post will be a more practical travel guide as I really believe that everyone (if they have the means) should get there (sooner rather than later because who knows what the president will do next). And the last post will be about the yoga retreat – why I did it, what I learned and blah blah blah. There are a lot of photos but I wanted to capture both the beauty of the country (so often overly romanticized) along with the decay. Because there’s a lot. Of both.

I have wanted to go to Cuba for a while – but especially since Obama’s visit in 2016. Two of my friends live there and I’ve had a lot of friends visit in the past few years. I’ve followed Yoga for Bad People for a while now on Instagram and taken a few of Heather‘s classes back when she lived in New York, and when I saw that they were headed to Cuba with CET, I dropped everything and booked my spot on the retreat. (Seriously, dropped what I was doing – I was in Cartagena, checked my calendar and booked the retreat). 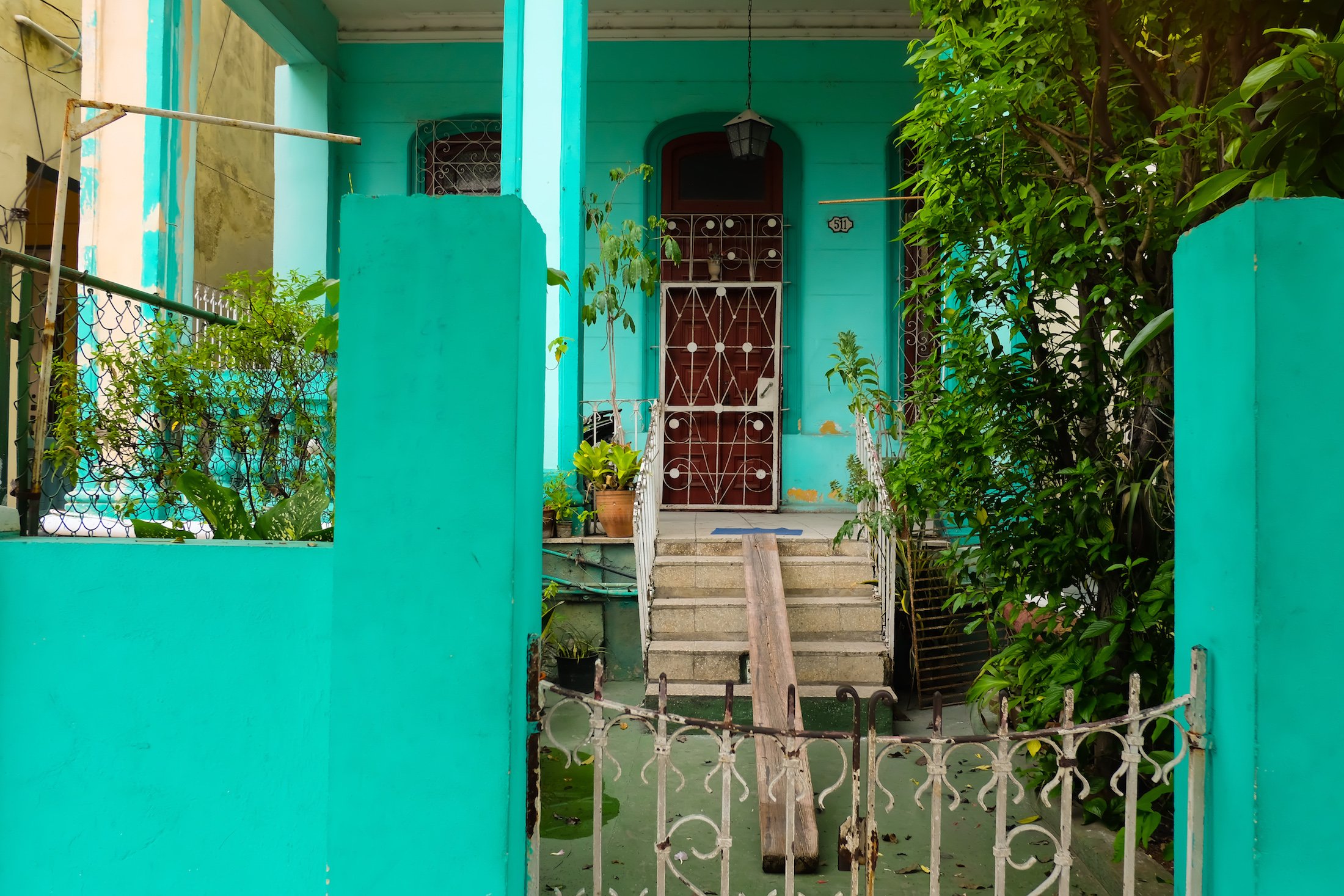 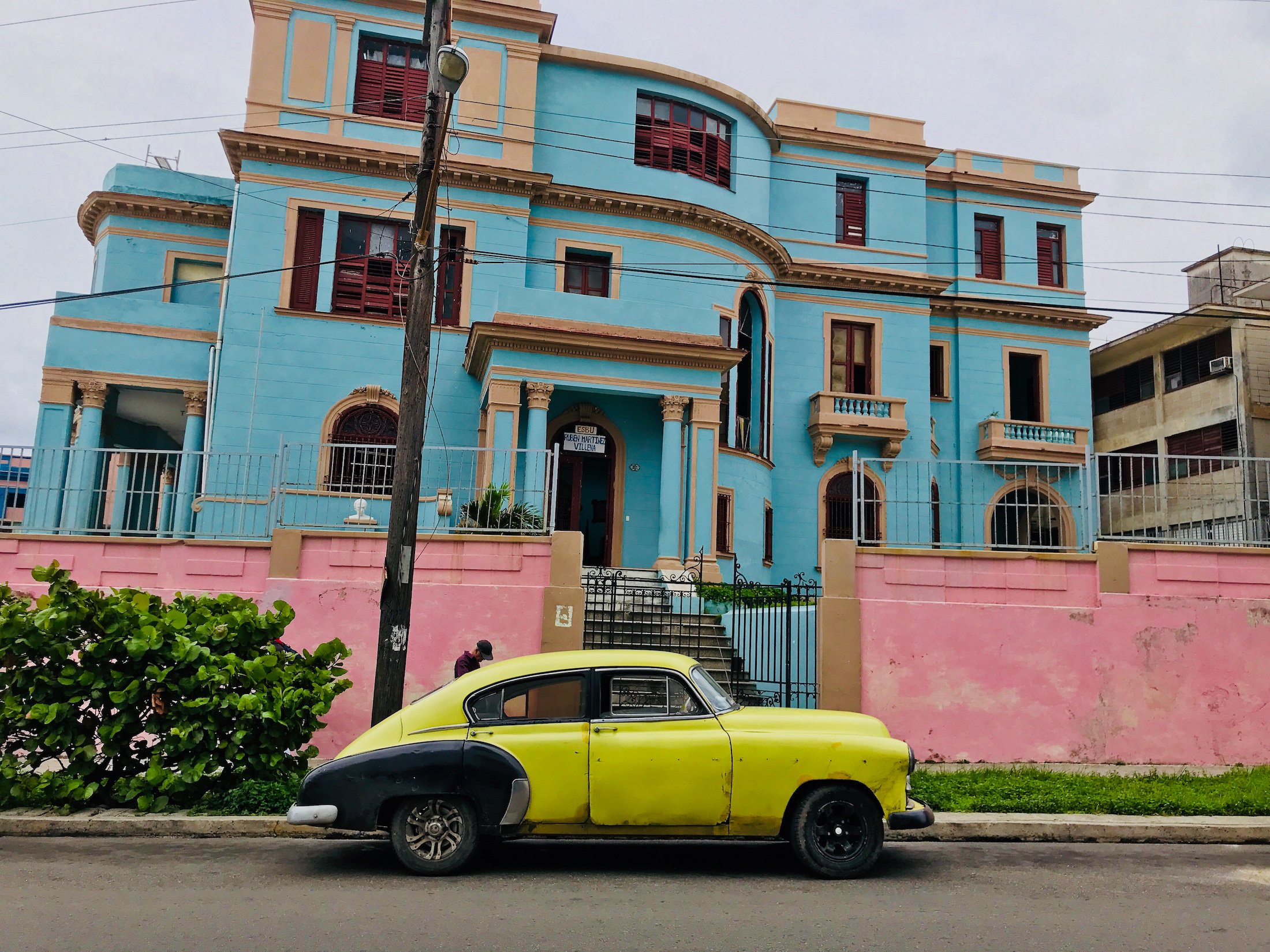 It’s hard to believe this place exists. Not only that it exists, but that it’s only a three hour plane ride away (just ninety miles from Key West) yet so completely different from what we’re used to here.

Cuba is a city of contrasts. One minute, you’re walking down the road looking at a stunning mansion – the next, a pile of trash and rubble. One minute it’s green and beautiful and the next you are coughing from the gasoline smells.

In a book I’m reading, Cuba is described as a woman “who was grand once and has fallen on hard times, and yet hints of her former brilliance remain, traces of an era passed, a photograph faded by time and circumstance, its edges crumbling into dust.” This description, in my opinion, is spot on.

The colors of Cuba are incredible. Any designer should go just to be inspired by the colors. The way that the Cubans have paired colors together… the way the sea has faded some colors… it’s pretty amazing and truly breathtaking. One thing that struck me was the saturation. We all have that friend who over saturates their photos on Instagram. It felt as though I was living in an ultra saturated state the whole time. The greens, the blues… so much greenery and then there’s the turquoise sea. 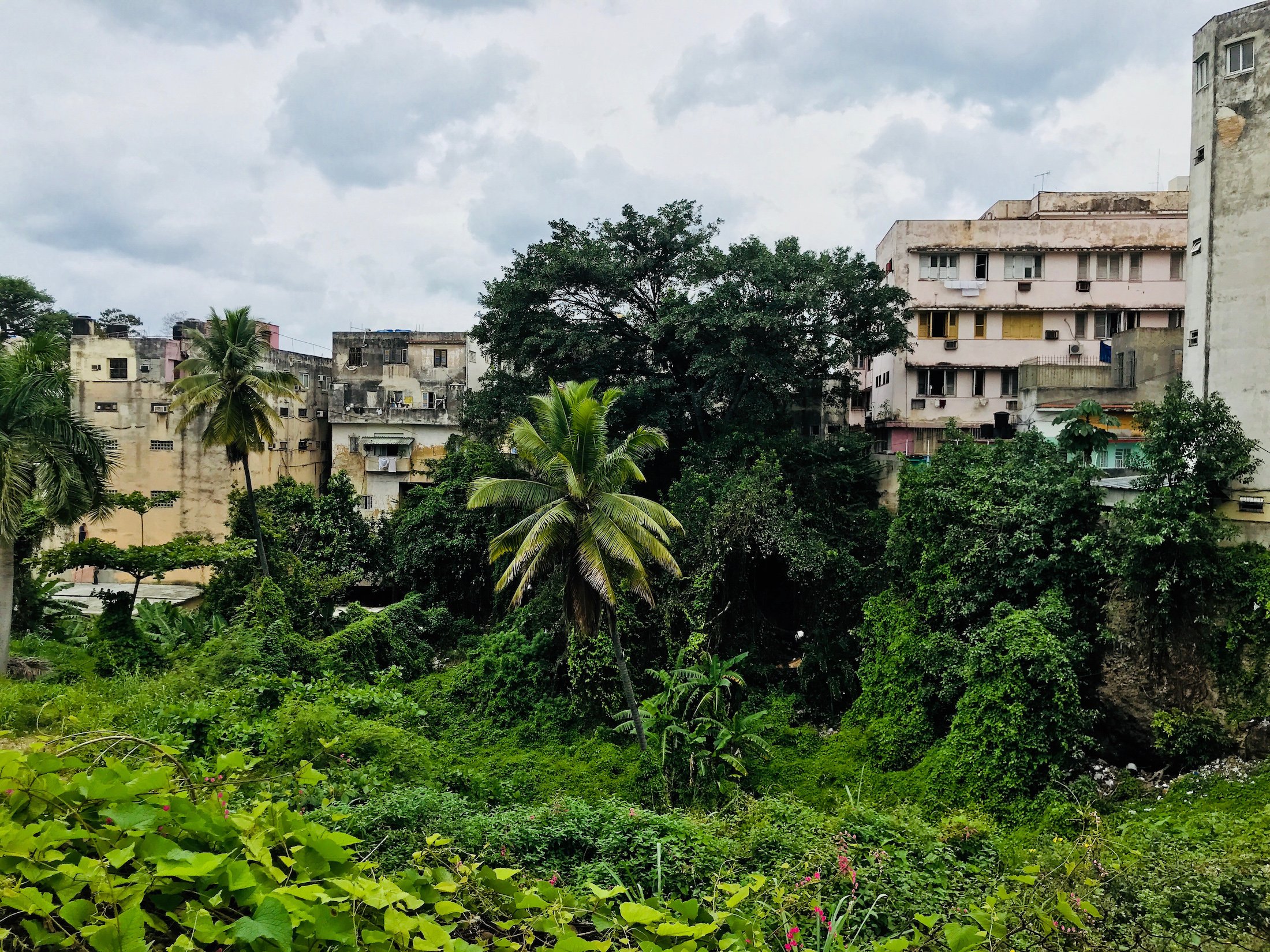 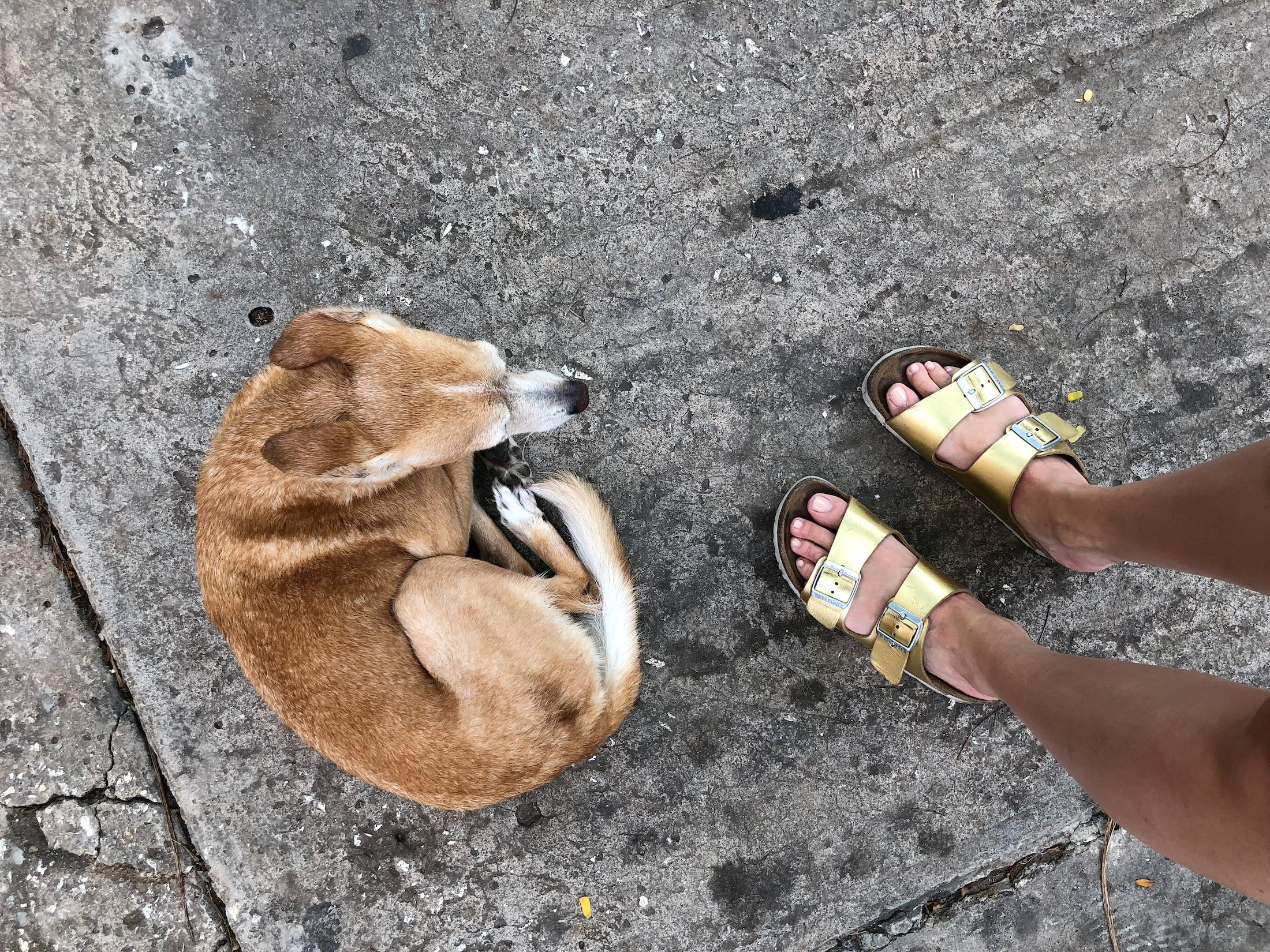 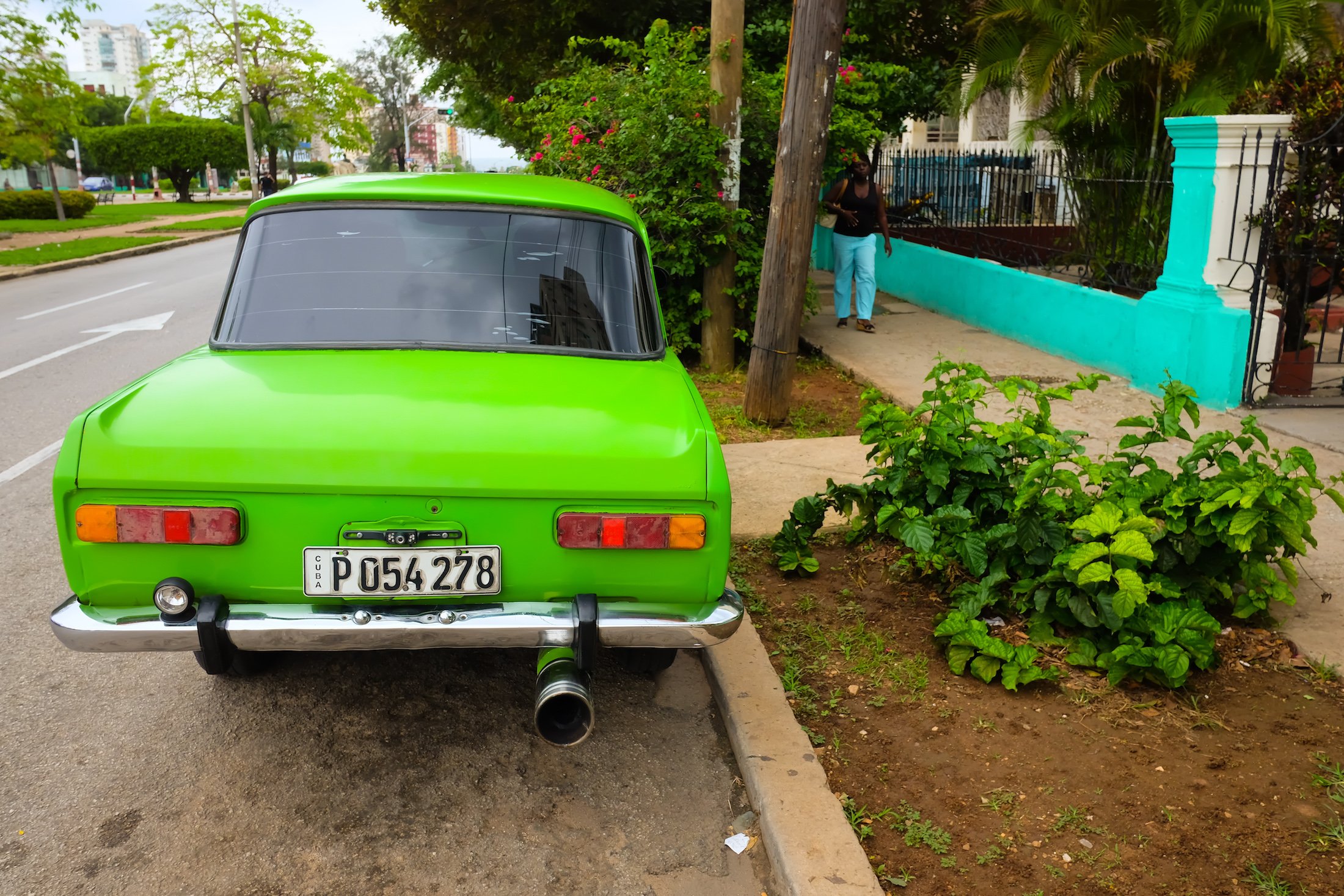 A word about the cars / something I found really interesting. Whenever you see photos of Cuba, they almost always include the old American cars from the fifties. Those are all from before the revolution; and symbolize the days of capitalism. They’re also mostly taxis and quite expensive – costing $50-60k to buy one (this number was quoted to me, it could be more or less). If a person buys one it’s as an investment to be a driver as the tips from driving tourists can add up a LOT (the average Cuban government salary is only around $20/month so… there you have it).

The typical Cuban car is a Lada which is a pretty basic, boxy standard-issue Russian car. These cars symbolize Cuba after the revolution and the ties to the Soviet Union.

Regardless, most Cubans don’t even have cars as they are expensive. Even a run down Lada is usually around $15k – the same price as a (small) home. 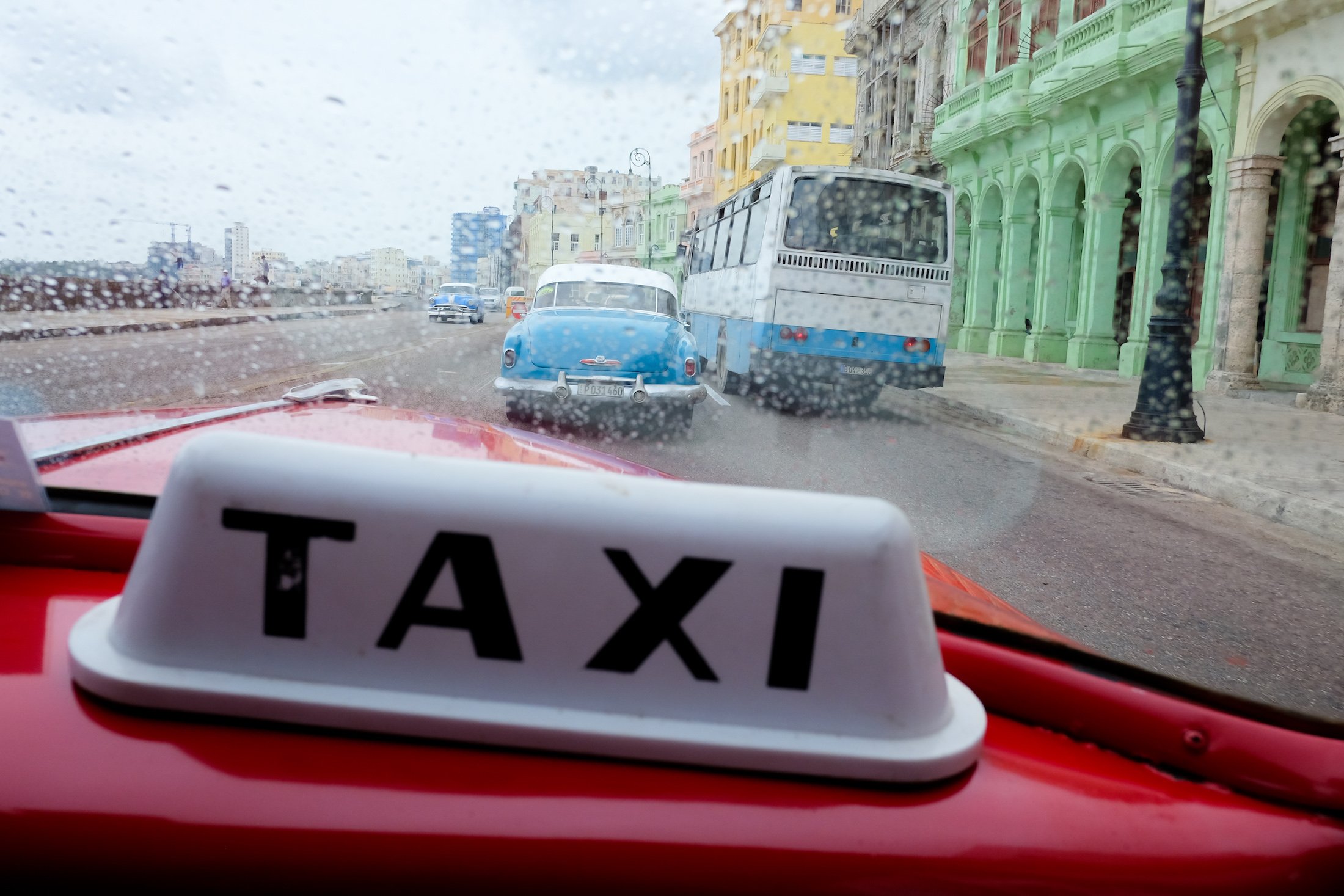 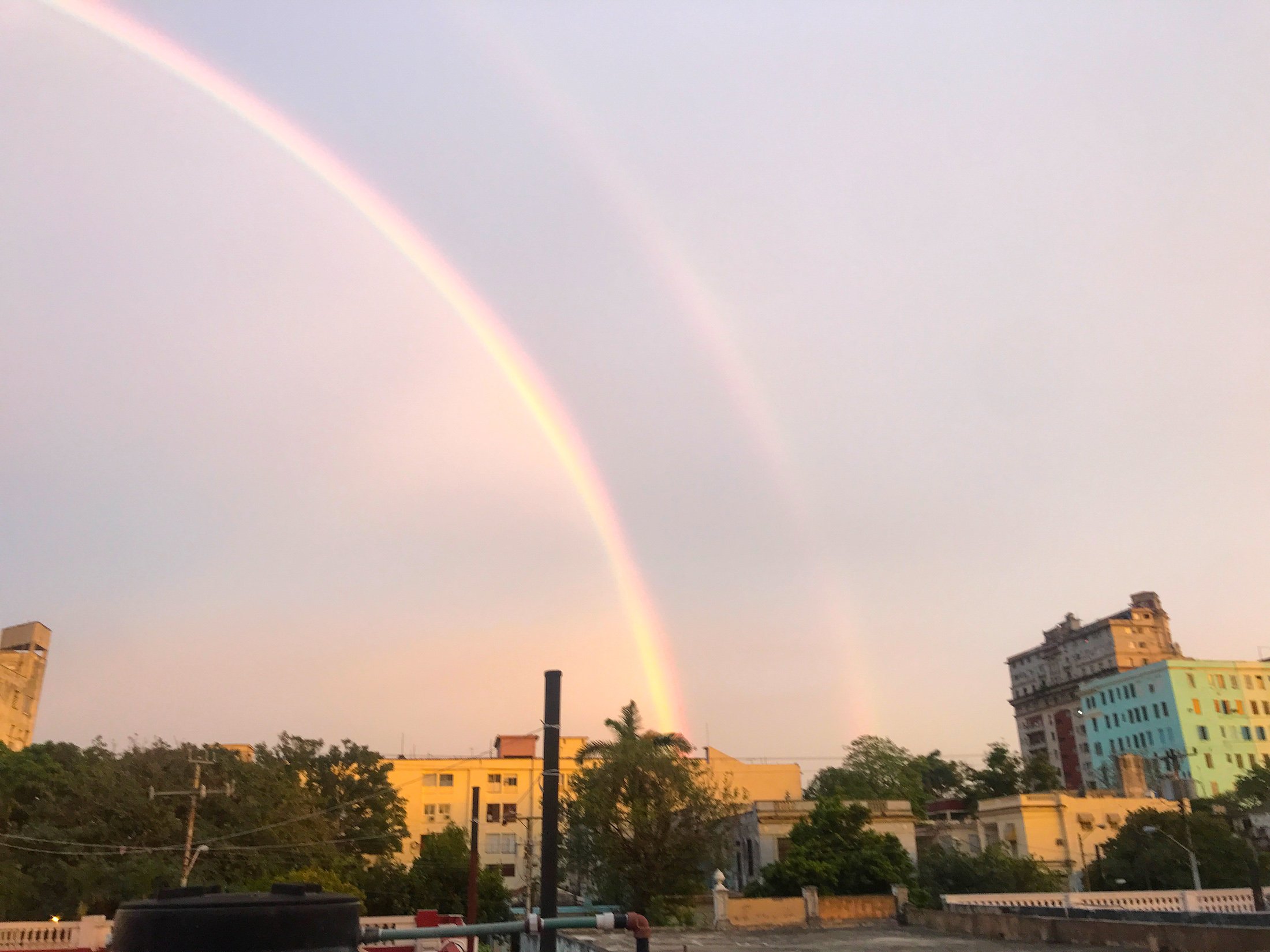 This (double!) rainbow appeared on our first night in Cuba. We’d just finished up yoga and were running late to our welcome dinner… we had stop, climb up to the roof of our building, and take these photos! It was definitely a sign of good luck as we had an amazing trip.

This is a post about Cuba and not about shopping but I know someone will ask – my white shirt is from Madewell and you can buy it here, here, or here. It’s a good one and really versatile. It runs really big so size down, especially if you are petite. I’m wearing a small but I’m 5’8 and the XS was too short! My cut-offs are Rag & Bone. They’re also fab though very stretched out from the humidity. And you can get the gold birks here – mine are super old but I love them. 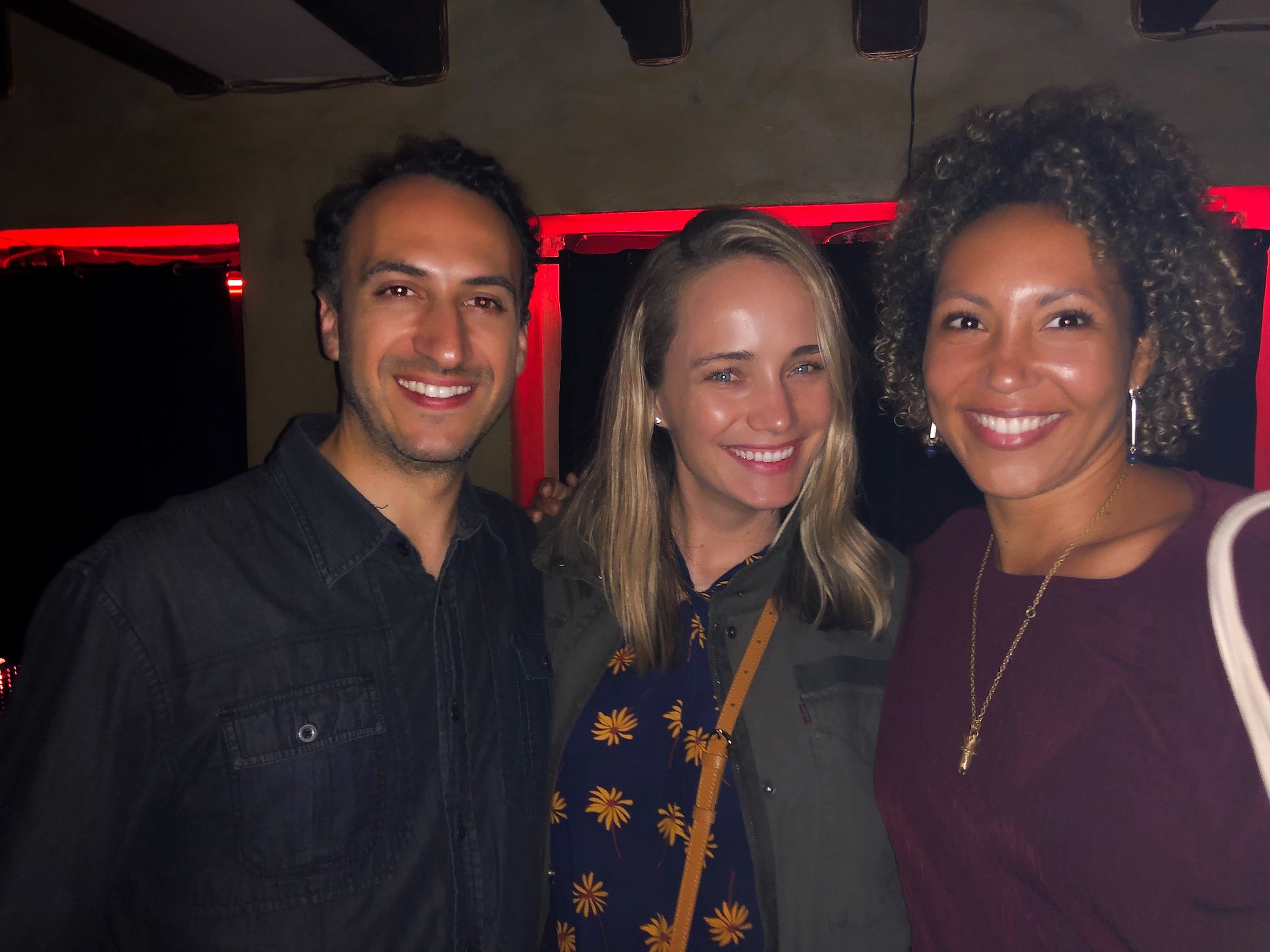 These are my amazing friends Joey and Lauren who I mentioned above. We met in New York several years ago. Joey has a small film production company with my ex-boyfriend. He just produced a documentary about Cuban food which I cannot WAIT to watch. He’s married to my friend Lauren, who is Cuban. Lauren is opening a fashion/art concept store in Havana which will be the first of its kind in Cuba. It will also be the reason for my next trip back to Cuba – seriously cannot wait for the opening!!!

The photos above don’t look like much but they are photos from the construction site for DADOR, Lauren’s store in Habana Viejo (Old Havana). It doesn’t look like much in these photos but the space is stunning and has great bones (tall ceilings, loads of light, interesting original elements).

The tile they chose is identical to the original tile from the space but pink. On my day off from the retreat we went and visited it – I’m just so excited for her, and for what this will do for the city. We’re spoiled here – there are beautiful boutiques everywhere. DADOR is going to be something new and really special for Havana. They’ll host events, feature local artists… it’s going to be really amazing. There isn’t anything like it there just yet.

It rained… a LOT… but we weren’t phased… there was still so much to see and do and explore (and the rain made for some pretty photos taken from inside our cars!). 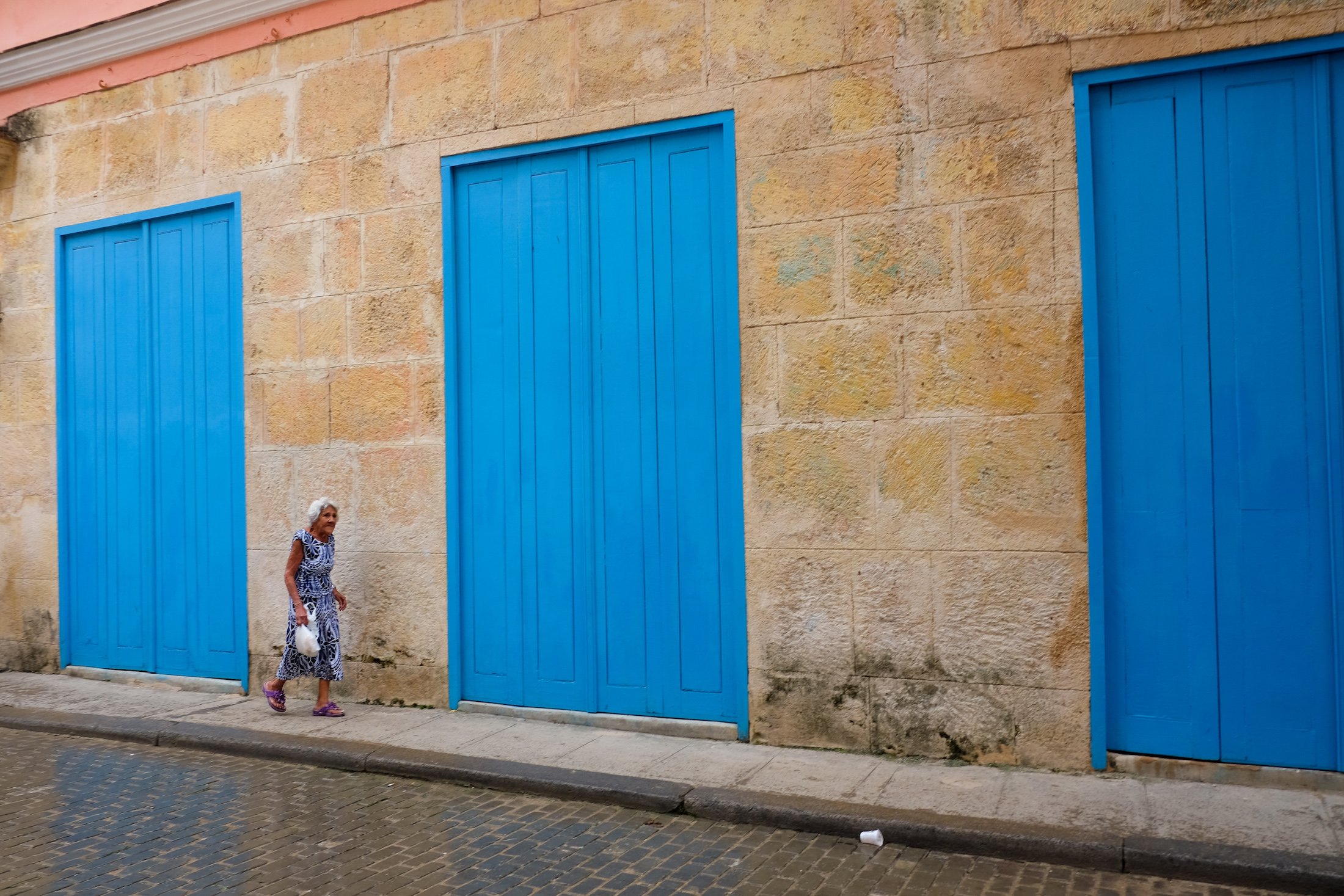 (That red car in the photo above right is a Lada – the typical Cuban car!) 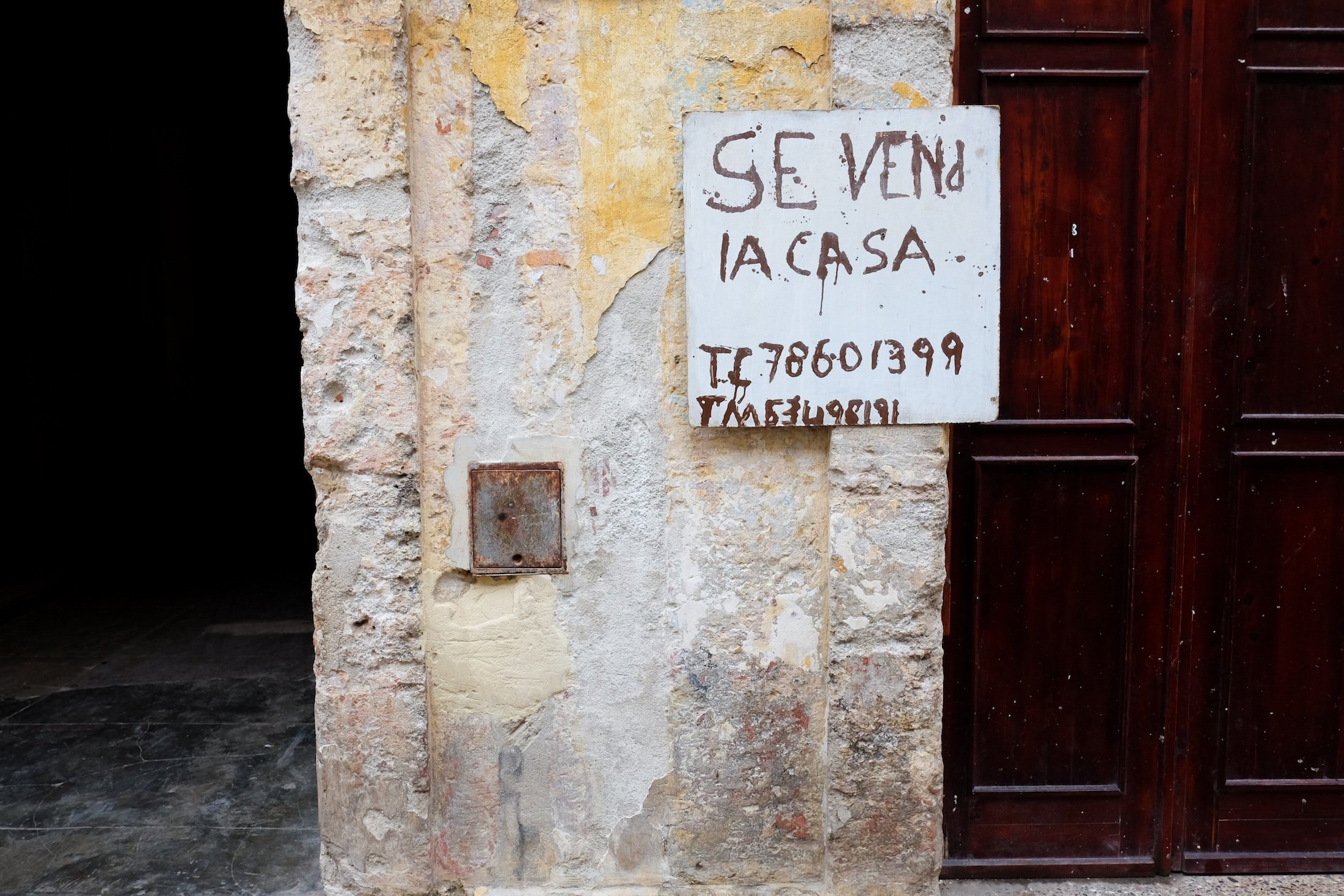 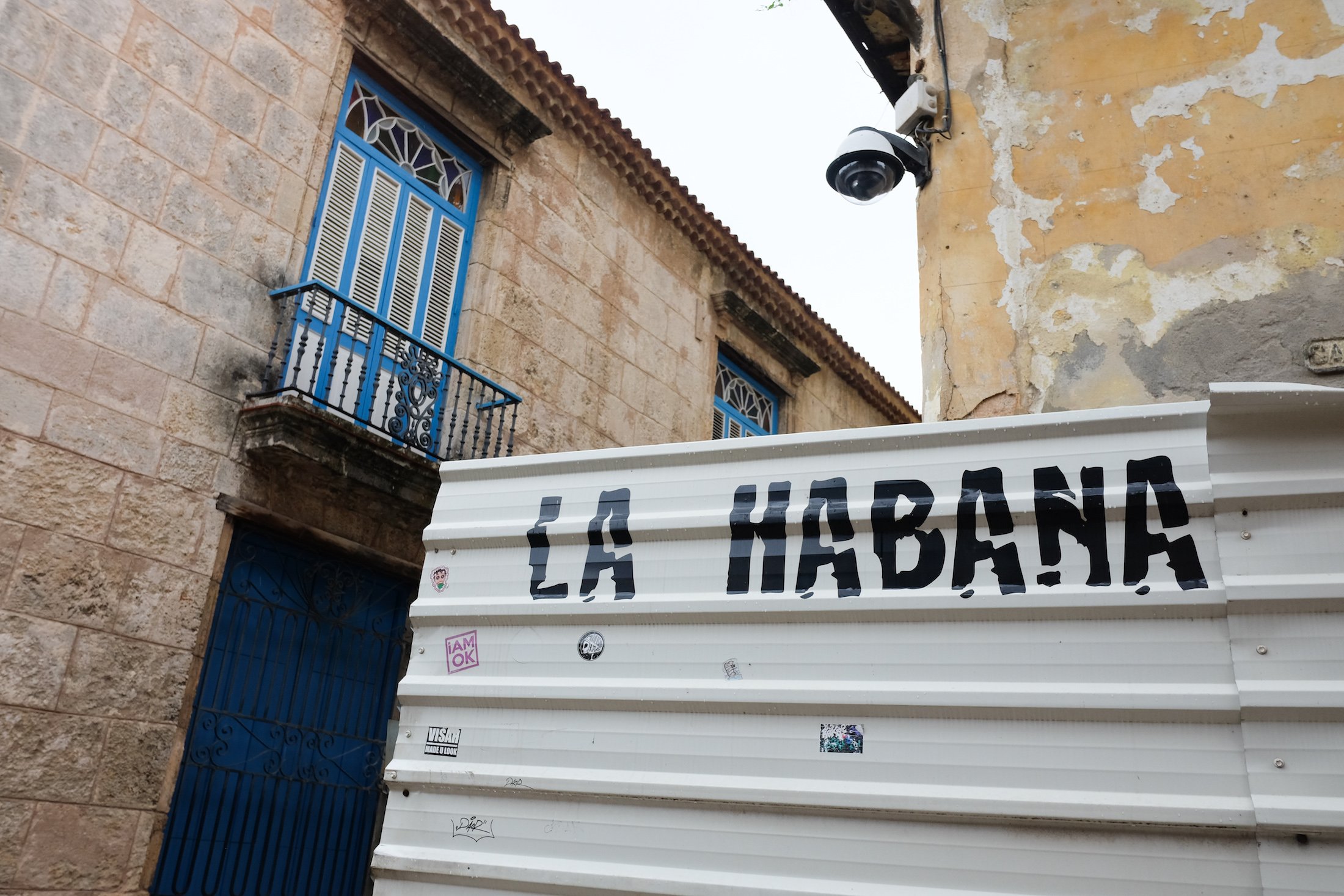 If you can’t tell, I am completely, utterly, in love with this place. I can’t wait to come back. Next week I’ll share a more practical travel guide (there is a LOT to know before you go), but like I said, I hope that everyone can find a way to go – it’s such a special place!

you're going to love these! 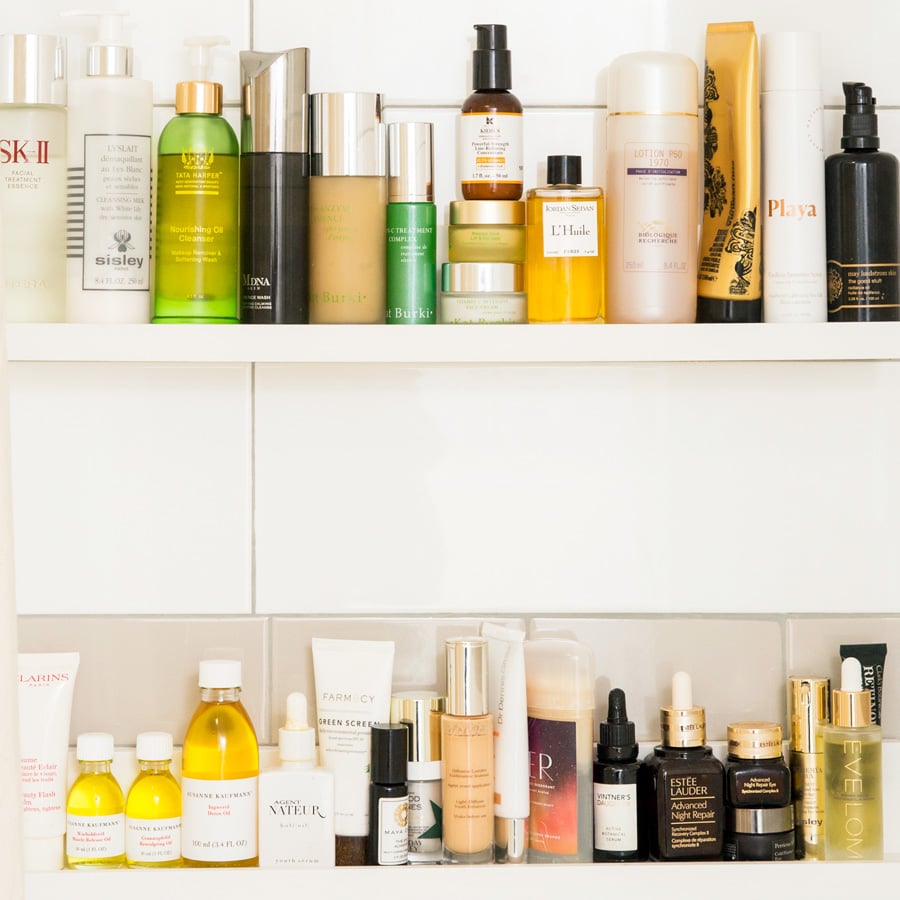 The latest in beauty 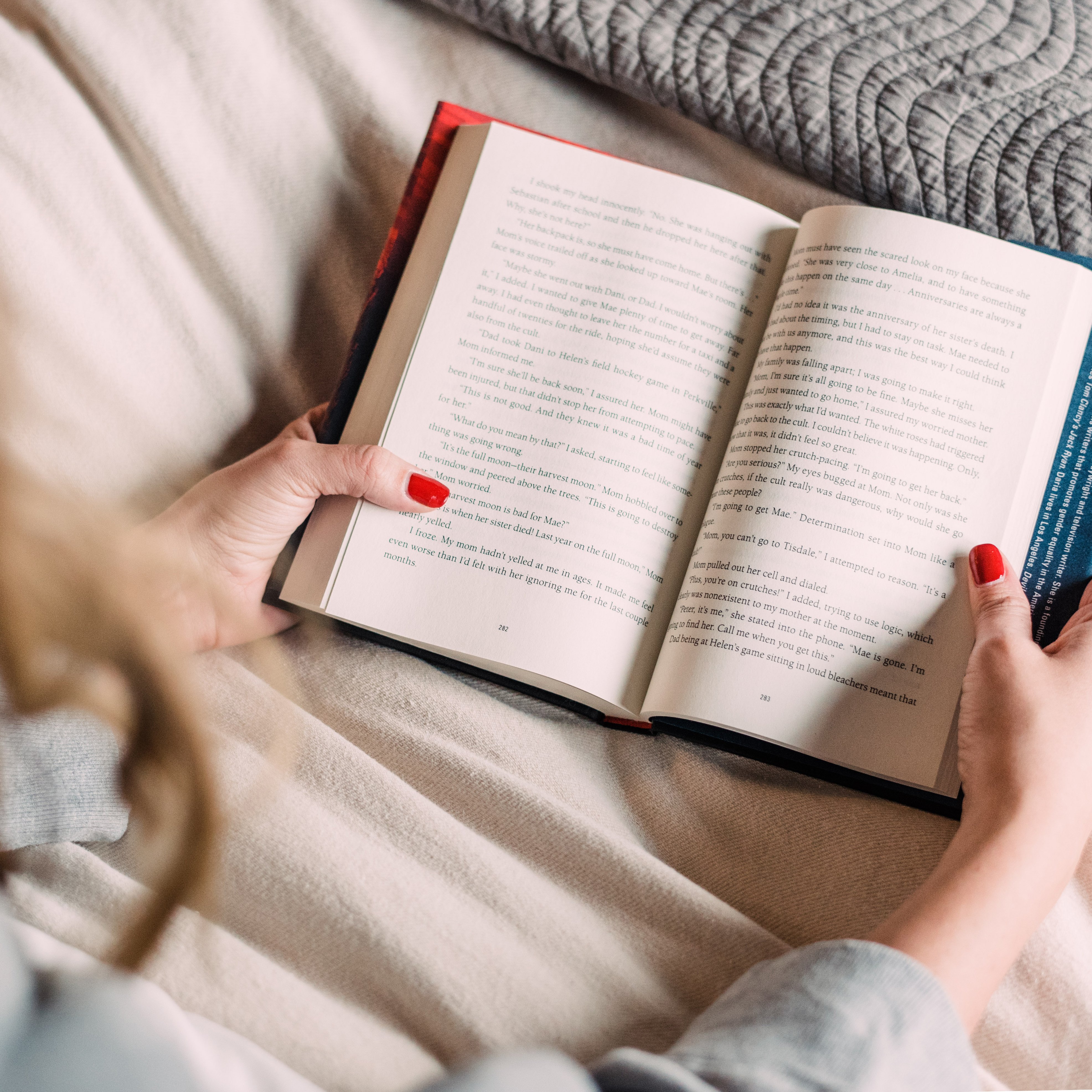