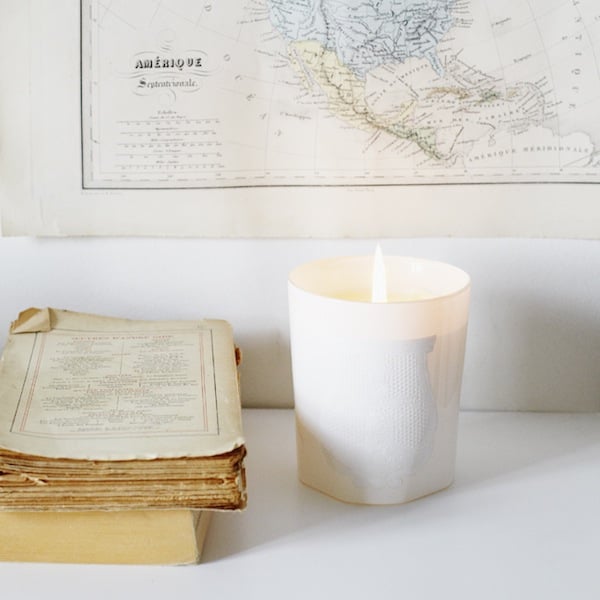 There are a lot of perks to having a close circle of girlfriends who also blog.  We can vent to each other, bounce around ideas, commiserate, celebrate… but also: introduce each other to really. cool. new. stuff.

Case in point: Book Club a few weeks ago. I showed up late (what else is new) and Victoria’s apartment smelled absolutely heavenly. I couldn’t place my finger on it. Tuberose? Magnolia? Of course I demanded to know more about it and she explained that she had bought the candle from Cire Trudon. (Sidebar: Victoria has impeccable taste… her blog is one of the few that I check every single day, wanting to know her latest discoveries + finds.)

As it turns out, Cire Trudon is actually the oldest candlemaker in the world… founded in 1643 during the reign of Louis XIV. The fact that the brand was founded then – and is still around today kind of blows my mind. (Anyone else? Think about it.) Throughout the seventeenth century, the brand became the Royal Wax Manufacturer and official supplier to the French court, then to Napoleon himself. (You can learn more about the brand here, if you are interested in the history.)

The candle she had burning was Positano… created by Cire Trudon in partnership with Giambatista Valli. It was a departure for me as the fragrance is much more floral than I would typically choose (my usual favorites are actualy a bit more masculine… Riles & Co Sandalwood and Le Labo Santal 26) but there was something about the fragrance that I couldn’t resist. The next day I scoured the Internet to find it, disappointed that it was sold out nearly everywhere. Alas, Kelly Wearstler carried it, so I snatched it up. It was  a splurge, but a lovely one at that, and I’ll make it last… saving it for special occasions. It makes my apartment smell a bit more sophisticated but at the same time a bit more relaxed… like summer in Positano, I would imagine.