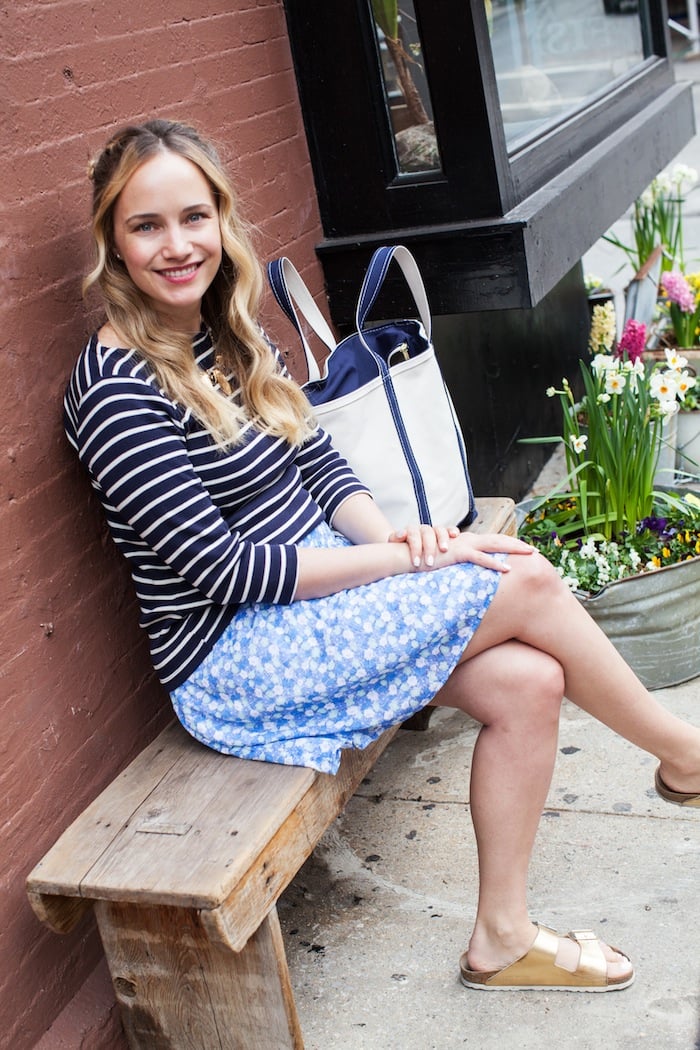 Having grown up in the Northeast (with restaurateur parents), seafood (especially oysters + lobster rolls) is very important to me. It’s funny, because I actually refused to eat fish until high school, and wouldn’t eat lobster or other shellfish until college (what was I thinking?? I want to shake my younger self!) But some of my best food memories are from spending lazy days at the beach on Cape Cod or Maine, ending things with a lobster roll.

So when L.L. Bean challenged me to create a Spring “Maine in New York” day, I knew exactly what I was going to do. I grabbed my favorite tote, threw on my stripes, and dragged my friend (+ photographer) Lydia to Mary’s Fish Camp to experience her first lobster roll. Her first lobster roll! I know I sound ridiculous being that excited, but one of my favorite way to bond with my friends is over food, and watching my friend eat one of my favorite foods for the first time was pretty special. Mary’s Fish Camp is one of my favorite spots to enjoy a lobster roll in the city… it’s tiny + beachy and you feel like you are on vacation eating there. It’s owned by the same people who own(ed) Brooklyn Fish Camp which used to be around the corner from my sister’s apartment before it closed… we were excited to find out about Mary’s to get the same exact food!

I honestly can’t think of a better way to spend a Spring Day. Scroll down, and I’ll tell you about the best lobster rolls in NYC. 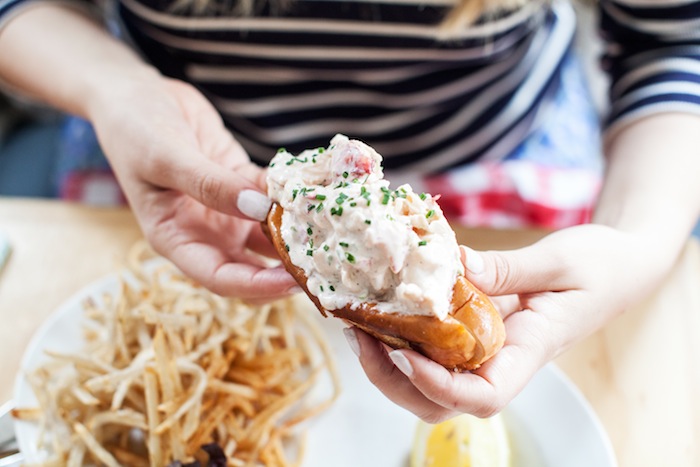 I’m wearing my L.L.Bean French Sailor Shirt (so cozy and it comes in ten color combinations – but size down if you get it.. I’m wearing a small), and my trusty L.L.Bean Tote. I have the Boat & Tote bag in three different sizes. It’s the ultimate summer bag as it’s washable and holds everything. Perfect for running around town and eating all of the lobster! 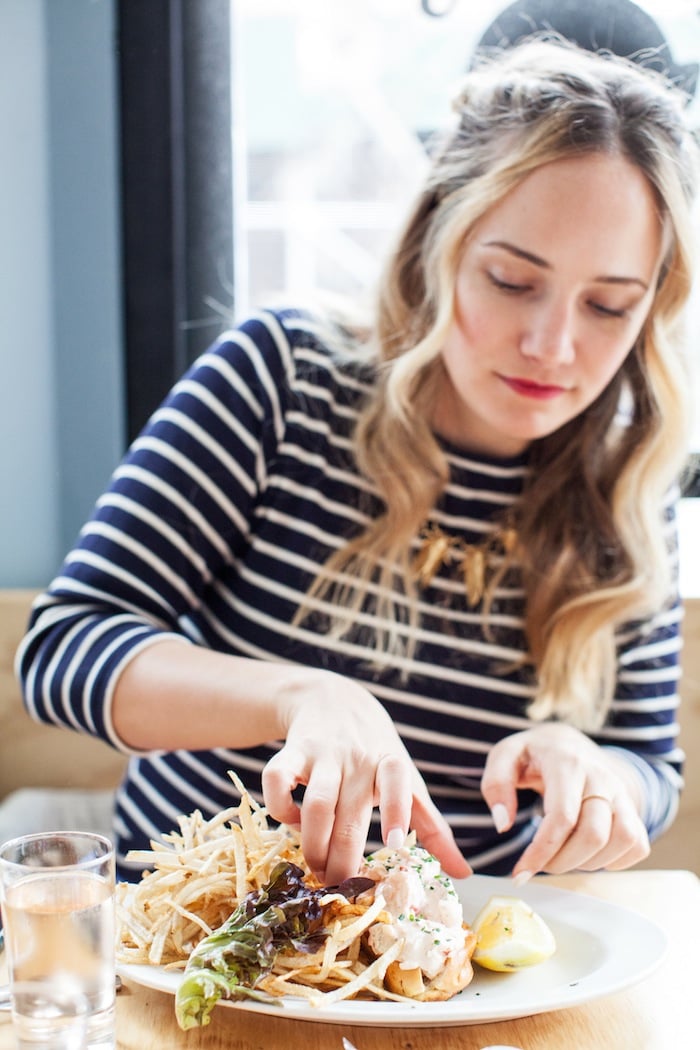 So without further adieu, lobster rolls. My #1 lobster roll in the city is from Mary’s. This is a big statement, but it’s the perfect balance of lobster, mayo, spices, and magic. The recipe actually reminds me quite a bit of my favorite lobster roll at home (Dennis, MA…) from Sesuit Harbor Cafe. And the bun is wonderfully light and fluffy. Bliss. My only complaint is that they do not take reservations (I’m someone who likes to plan ahead, and who doesn’t love waiting… the good thing is that there are lots of cute bars nearby, so I recommend going early, putting your name in, and heading to one of the West Village’s many spots for drinks.)

Second place goes to Pearl Oyster Bar. Pearl is one of my favorite spots for dates with my girlfriends. It’s really cute, and the food is on point. Their lobster roll is incredible (and famous in the city) but I prefer Mary’s, if I have to choose. The shoestring french fries are also so, so good! The portions are a little bit bigger, so go hungry.

Luke’s Lobster gets third place, and I know it ranks #1 amongst many of my friends, but I just prefer Mary’s + Pearl. Luke’s is still really, really good. And with over ten NYC/Brooklyn locations, it’s certainly the most convenient. I like their story, their sustainability mission, and that each lobster roll contains the meat of 5-6 lobster claws! I also like that this lobster roll is the least mayo-y out of the bunch (making it also the healthiest… but let’s be real… when seeking out the best lobster roll in the city, we’re not concerning ourselves with calorie counts.) 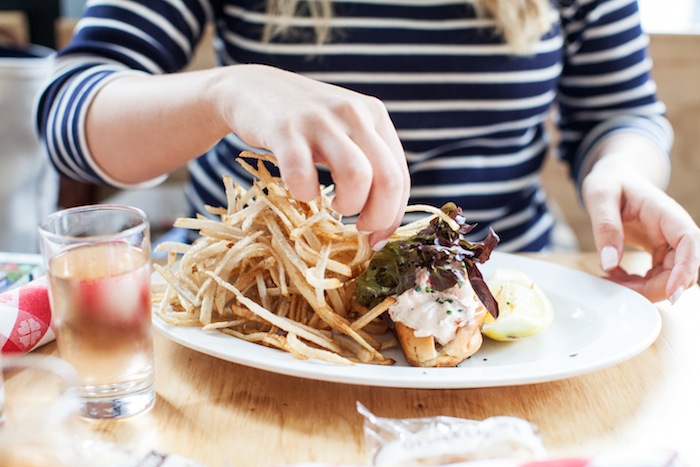 Fourth place goes to Ed’s Lobster Bar. Funny enough, the founder, Ed McFarland was the sous chef at Pearl Oyster Bar for six years before opening up his own spot. I love the long marble bar, and the lobster pot pie is also really great. Note: They also do not take reservations!

Annnd, 5th place goes to Red Hook Lobster Pound. So. good. And they have a food truck, so there’s that, which makes me think maybe I should have given it a higher ranking. It was hard deciding which place to rank “last,” but the reality is that each and every single one of these spots is really, really good. (If you want to know where the truck is, just follow their twitter account.)

So there you have it – those are my five faves! Keep in mind it’s very subjective… I’m no food critic, I just happen to really, really like lobster. 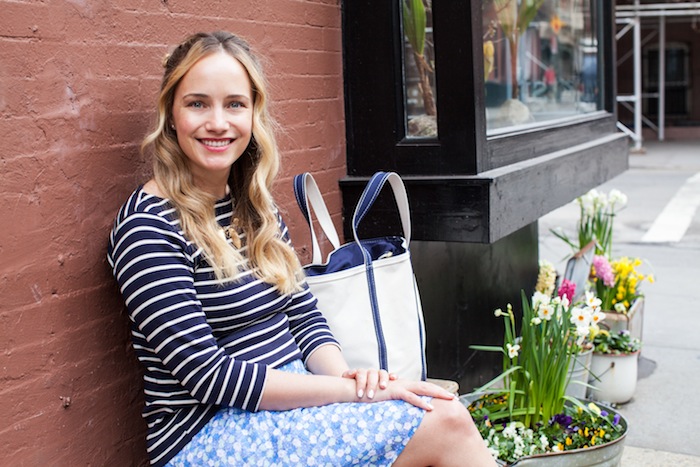 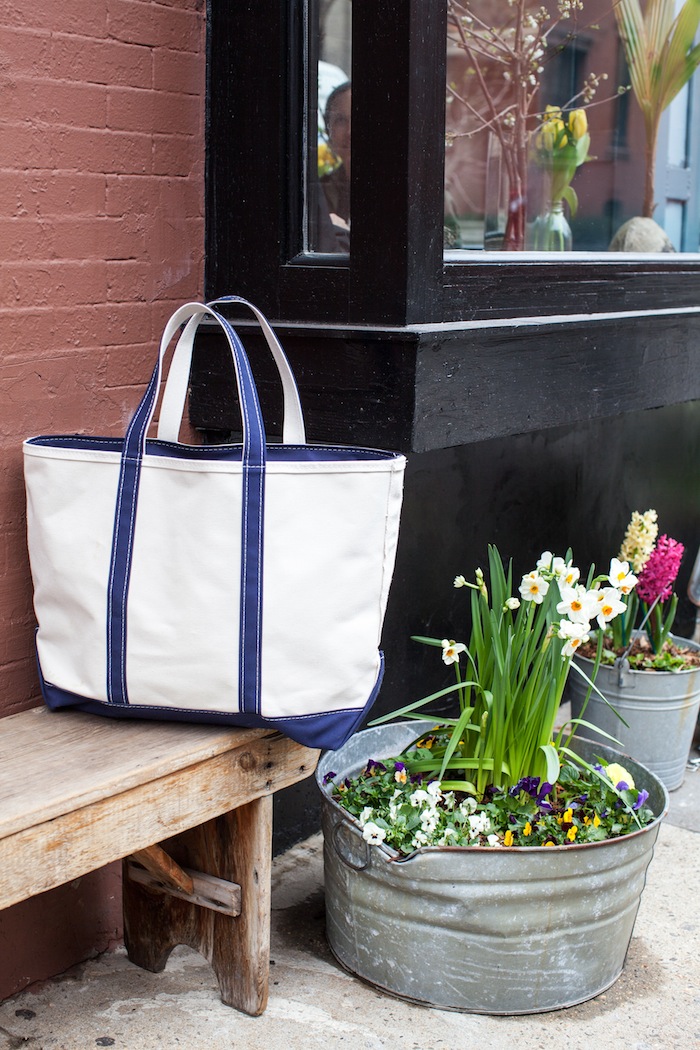 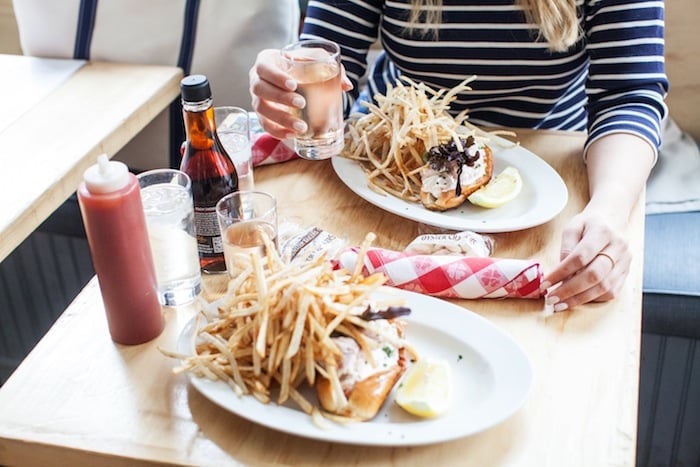 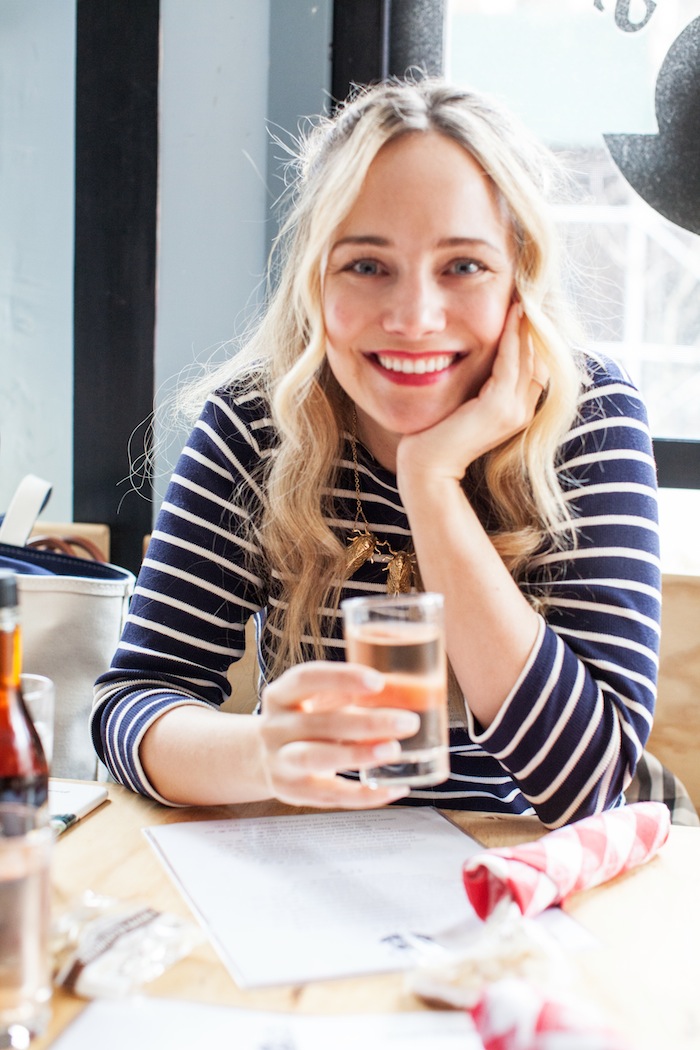 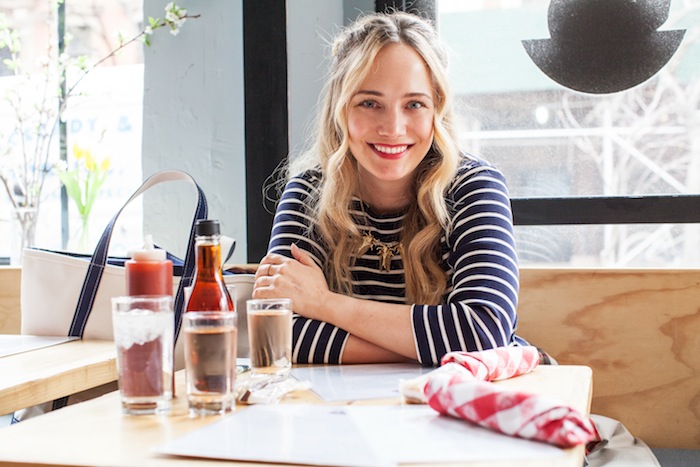 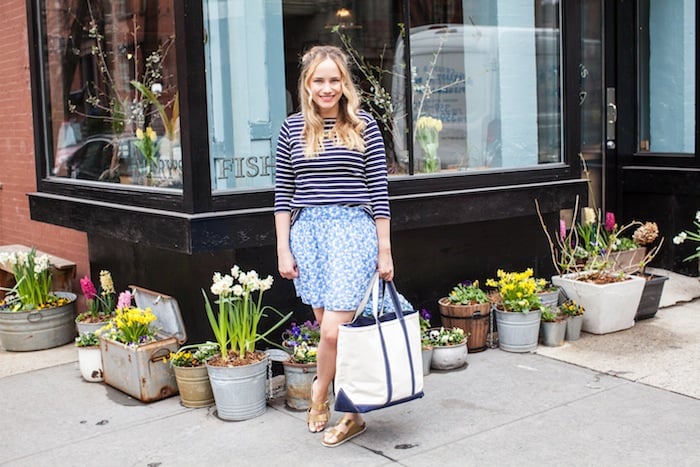 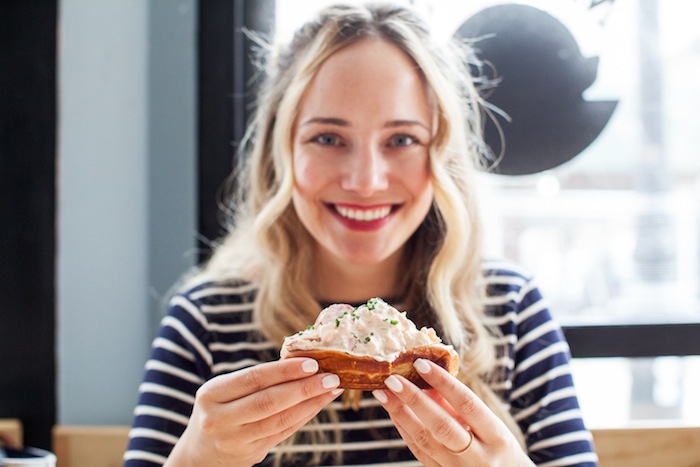 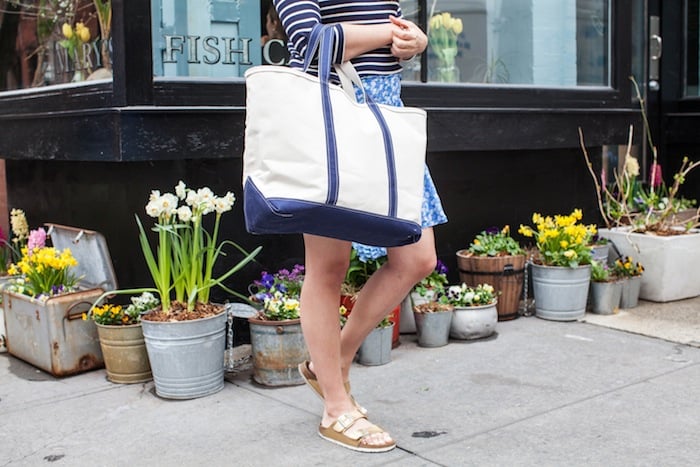 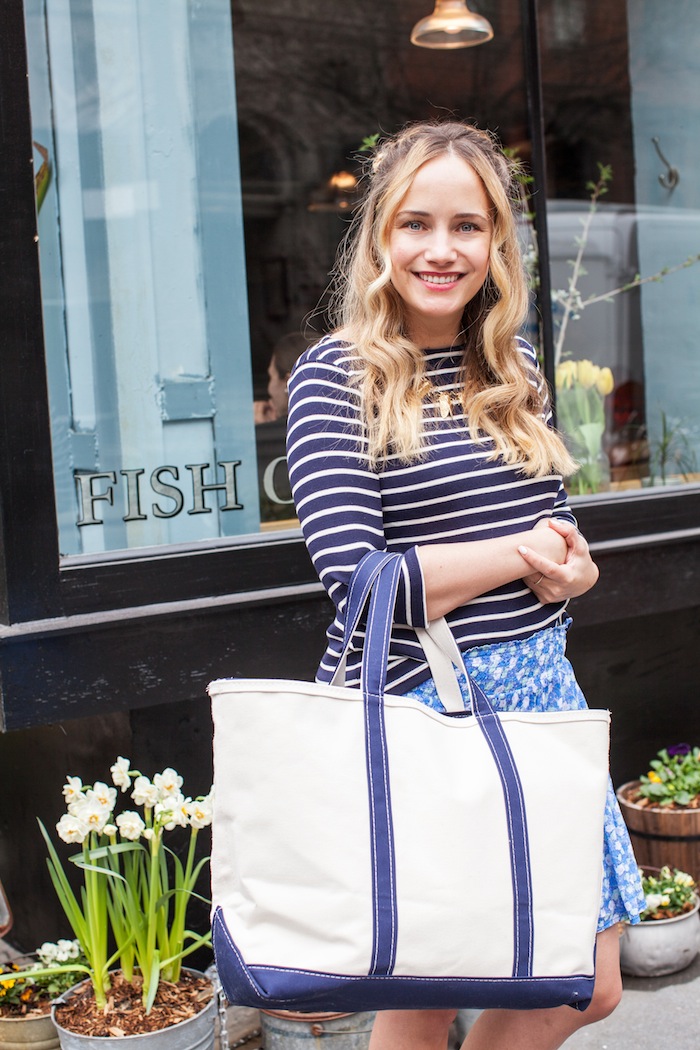 Thank you to L.L.Bean for sponsoring this post. Be sure to check out L.L.Bean for the best Spring basics… classic tees, totes, and sandals!

This post is brought to you by L.L.Bean. See why spring inspires us to get outside.